“The Beginning of the End” 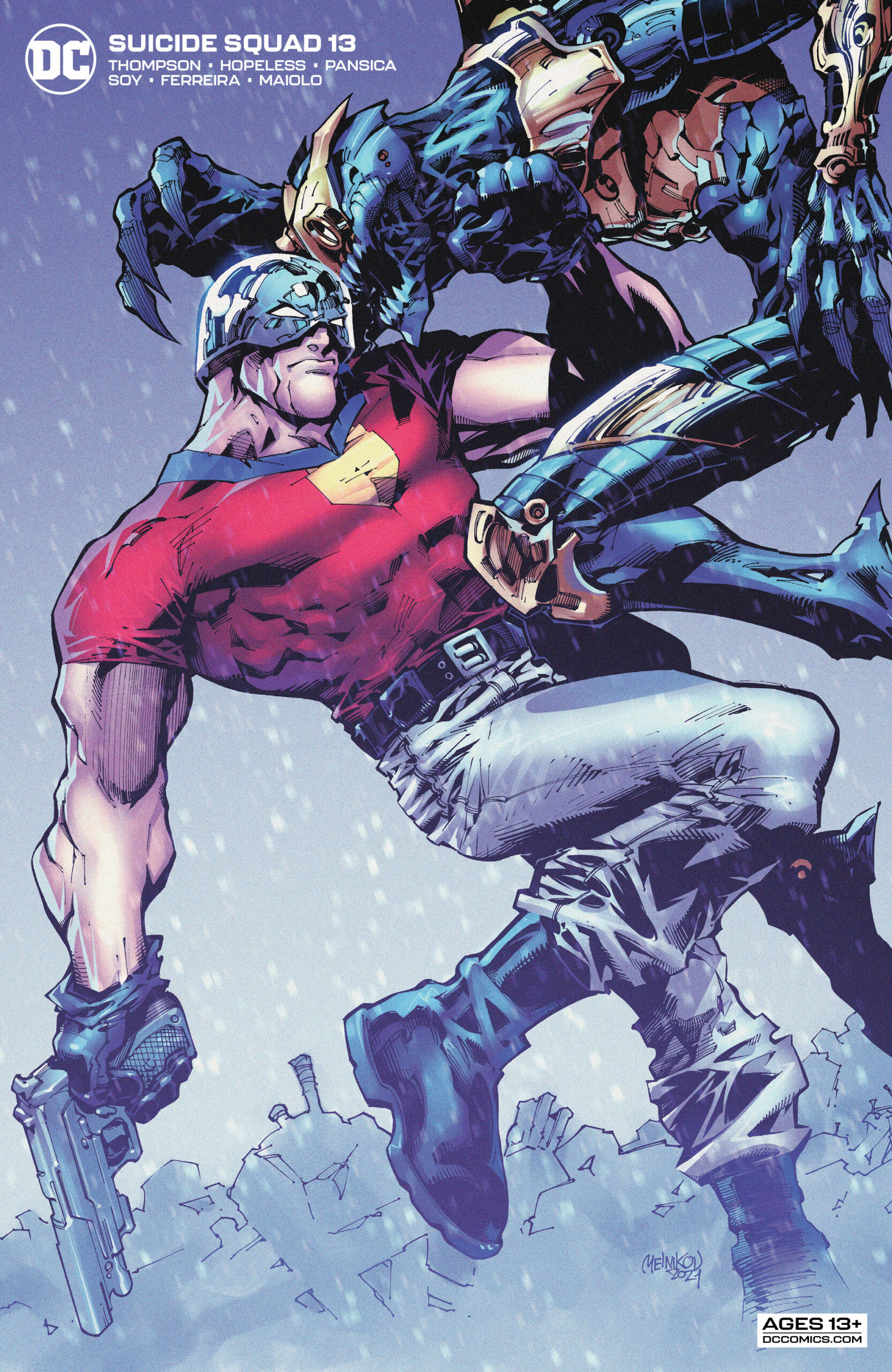 Suicide Squad #13 continues an ambitious run of stories, which links many worlds and a vast cast of characters together. The scope of war across multiple Earths brings us exciting story possibilities, but it takes the combined writing forces of Hopeless and Thompson to ensure that we keep the consistent and hard-hitting Suicide Squad plotlines we know them for.

The creative team brings us a lot of very strong style choices in this issue. This style choice stays consistent between both the writing and the art. This issue also jumps about in time and we get the uncompromising choice of seeing the elements and plot points brought up in War for Earth 3 being referenced very heavily.

We get a big explanatory box at the opening of the issue giving us the context about Rick Flag from the previous issue. I personally love it when comics do this. No hand-holding. The welcome minimum explanation to give those unprepared, or those coming from that story just as much as they need to follow.

At the same time, Abbott’s letters, giving us the clear ‘then’ and ‘now’ that helps us show the skips in time give us the welcome context and stark contrast between eras. 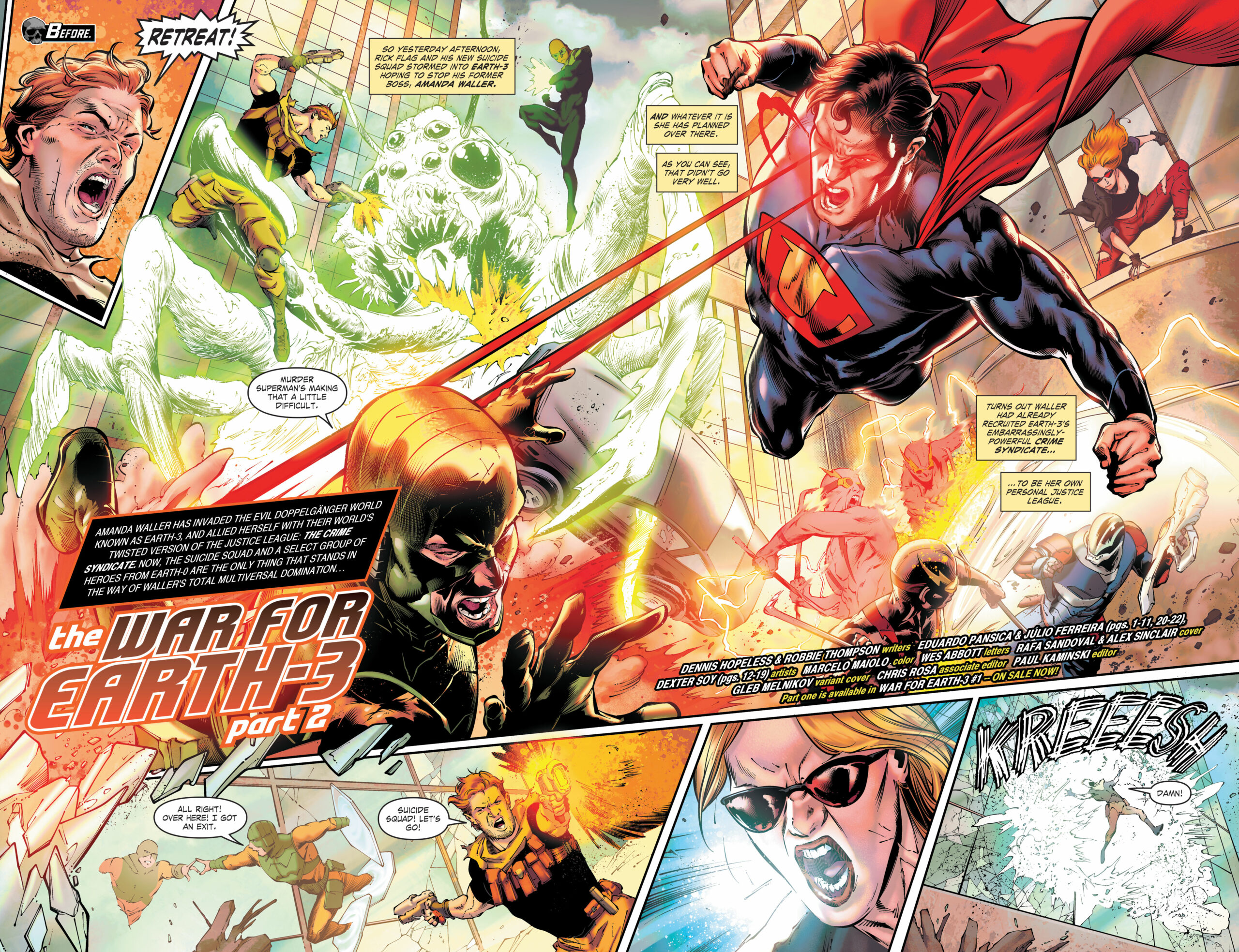 All of this is married together with the stunning visuals by a superb art team. The action of the Suicide Squad versus the Crime Syndicate contrasted by the calmer moments of reflection between Culebra and Talon, or the planning of Amanda Waller gives us the time to feel the tension rise and fall, like the best of cinema.

Suicide Squad #13 is a combination of great creators bringing elements from another title into their run whilst keeping their story on track. Sincerely, this is masterful work.