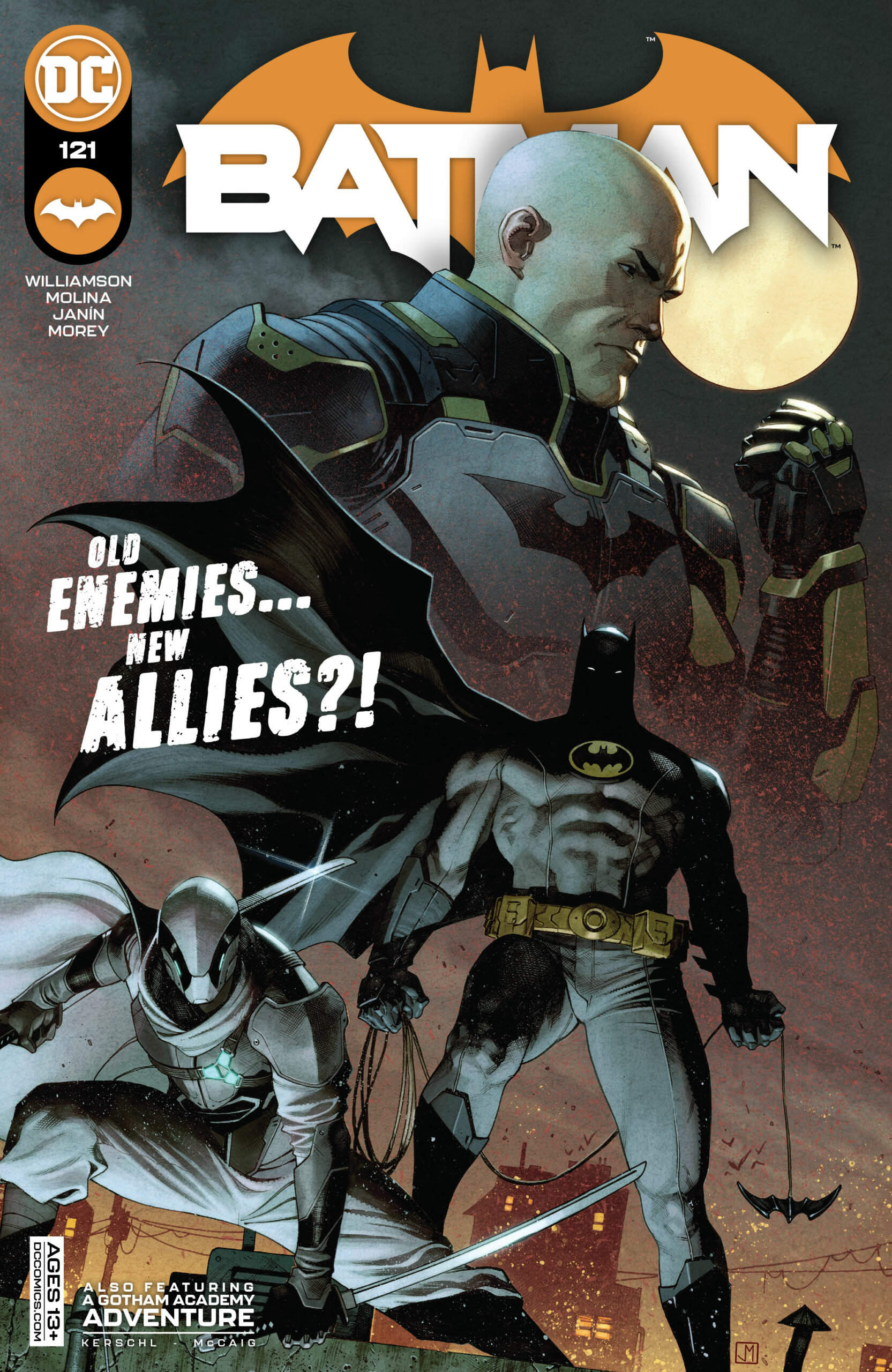 Batman #121 delivers a thrilling payoff to the confrontation between Batman and The Abyss… with a liberal helping of Lex Luthor too. Talk about bang for your buck! Joshua Williamson’s first arc on DC’s flagship title has been highly eventful, action-packed, and gripping. Yes, the impending tenure of Chip Zdarsky has many, myself included, licking their lips in anticipation, but Williamson’s been producing content that’s more than worthy of the love that it’s been receiving. I for one will certainly miss his run on the book, as it’s continued the high bar set by his immediate predecessors, James Tynion IV and Tom King.

This incarnation of The Dark Knight has undergone a real character journey too, as indicated by the denouement of this issue. The stoic, taciturn Caped Crusader has learned that sometimes in life, one must really smell the roses of victory when the occasion calls for it. For a character that has spent the lion’s share of his existence being driven, always looking ahead to the next battle, this is an interesting shift of perspective.

Without blasting out spoilers left, right, and center, it’s hard to do justice to the plot twists, double-crosses, and unseen allegiances on offer here. It’s a testament to Williamson’s writing that I didn’t see any of them coming. 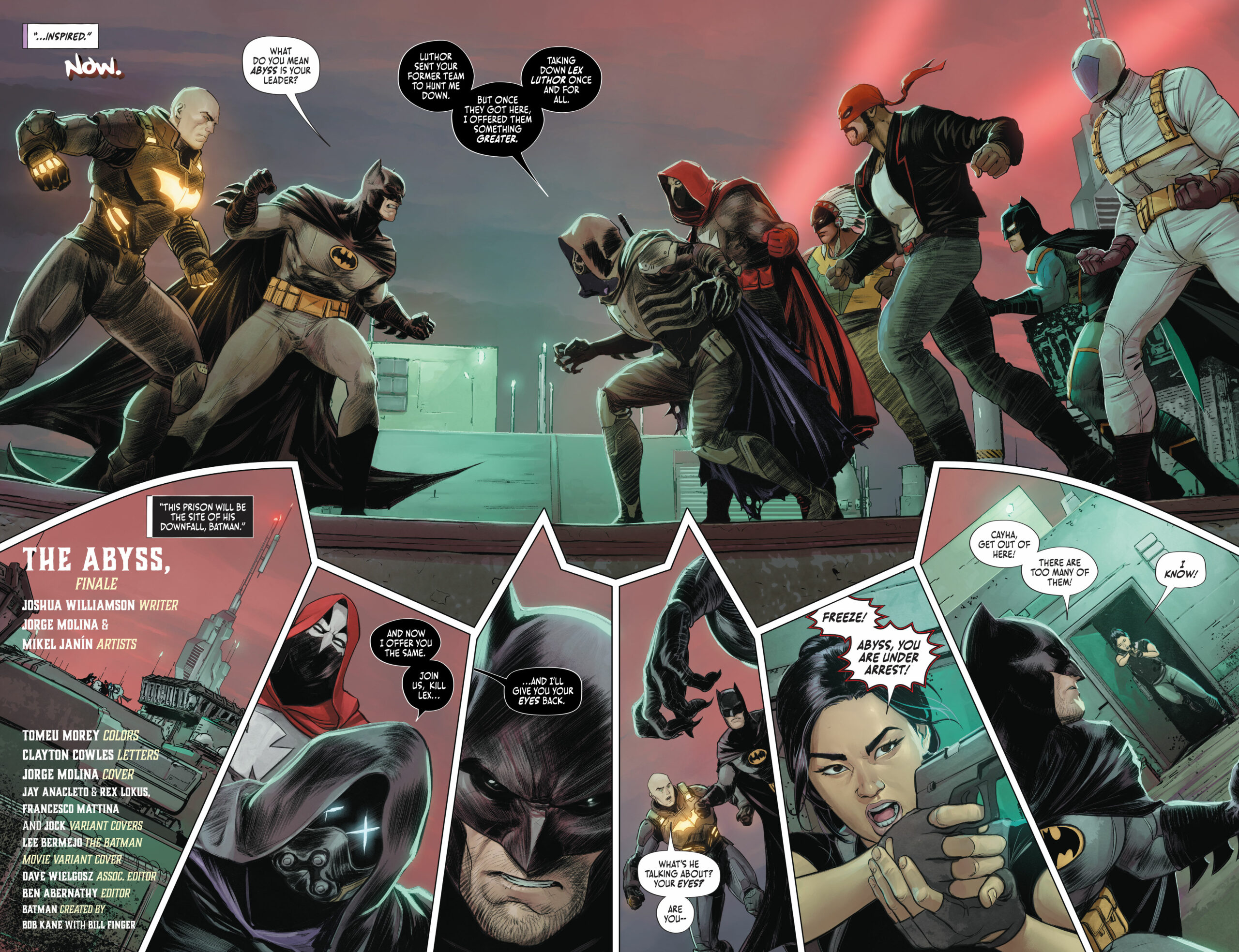 The status quo established in the previous issue is flipped on its head this month; as opposite sides come together whilst previous tenuous alliances crumble before our very eyes. Seasoned readers know that Batman always has more than one trick up his sleeve, and, in this instance, his sleeves are very well stocked indeed.

It’s been a real treat to see the members of Batman. Inc making their long-awaited return to the main continuity. These outlandish bat-protegees have provided some moments of genuine levity in recent weeks and the promise of more to come in the near future is very welcome indeed. The repartee between the group and Batman is a mixture of being businesslike and still humored, as the irascible Dark Knight bounces off their lighter tone. Whilst the relationship is still one between a leader and his subordinates, this is a group that isn’t afraid to answer back.

The ending to the issue draws a line under this arc, with Batman proving his physical superiority to Abyss and, in this instance at least, his cerebral dominance over the ego-driven Lex Luthor. More crucially, it sets up where we’re going next, with the (re)introduction of the next set of adversaries for our titular hero. Poor Bruce is never far from Death’s stroke…

Batman #121 brings a hugely satisfying end to the Badhnisia set storyline, wrapping events up nicely but with a few select lingering threads to be pulled at, further down the line. Taking Batman out of Gotham City has been a nice way to shake things up and provide a new backdrop for events to play out against.