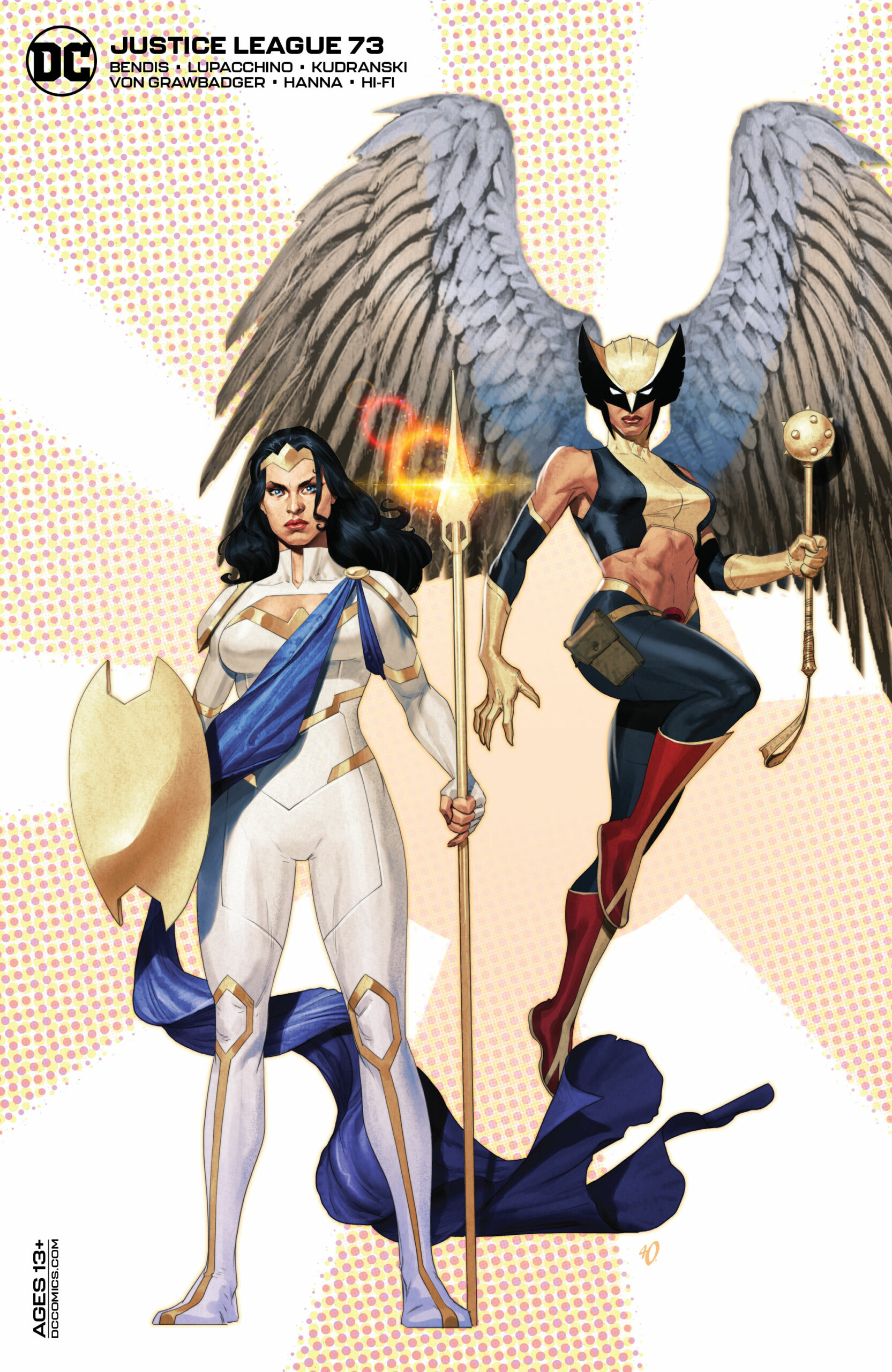 Xanadoth, an ancient foe of Doctor Fate, has escaped from her cosmic prison and processed the body of Black Adam. The JLD confront Xanadoth in Kahndaq, and she pretty much wipes the floor with them. However, when the Justice League arrives, Xanadoth flees the scene, kidnapping Madame Xanadu in the process. The two Leagues return to the Hall of Justice to formulate their next move.

And All Shall Cry Beware! Beware!

Xanadoth is a nasty piece of work. Apparently, she’s so strong that she left Nabu (the original Doctor Fate) quaking in his helmet. Despite Bendis giving us glimpses of her past, Xanadoth is still wrapped in mystery. It appears that she has history with another member of the JLD, and unsurprisingly, it’s Madame Xanadu. While technically this tidbit of information is a spoiler, the connection was so obvious it hardly feels like I’m spoiling anything. Seriously, the villain’s name is Xanadoth. You would have to be completely unaware of Madame Xanadu to miss the connection.

Anyway, the villain’s machinations and motives will undoubtedly come to light in the next issue, which is set to wrap up Bendis’ tenure on Justice League. It does seem that the writer’s trying to go out on a bang instead of a whimper with this final arc. While this story is only a measly three issues long, these last two have been the best since Bendis’ initial arc. Had all of his tales read like this one, his run would have received much better reviews.

In my last review, I noted that the art team had managed to divvy up the work in a way that felt fairly natural. Each different scene had its own style; therefore, there were visual cues for the readers as the issue transitioned from one scene to the next. Unfortunately, this issue doesn’t quite get there.

While the flashbacks in this issue look fantastic, the vast majority of the book feels kinda vanilla when it comes to art. Don’t get me wrong – there’s nothing bad about it at all, it just lacks any type of distinctive quality. It’s typical DC house style. This is a shame because whoever’s drawing the flashbacks (I think it’s Luppachinno, but don’t quote me) is absolutely fantastic. The style is far more grandiose, overshadowing the hum-drum aesthetics of most of the book. Honestly, they should have just had one person drawing this issue, then it would’ve solved the clunky visual transitions.

Justice League #73 is once again another step in the right direction. Bendis brought his A-game, delivering a compelling script with engaging plot beats and excellent character moments. The art team delivered a satisfactory issue – albeit nothing overly special. There’s only one issue left, and it’ll be interesting to see how Bendis wraps up this rather engaging arc. I hope he nails the landing.

Final Verdict: I’d grab a copy if I were you.