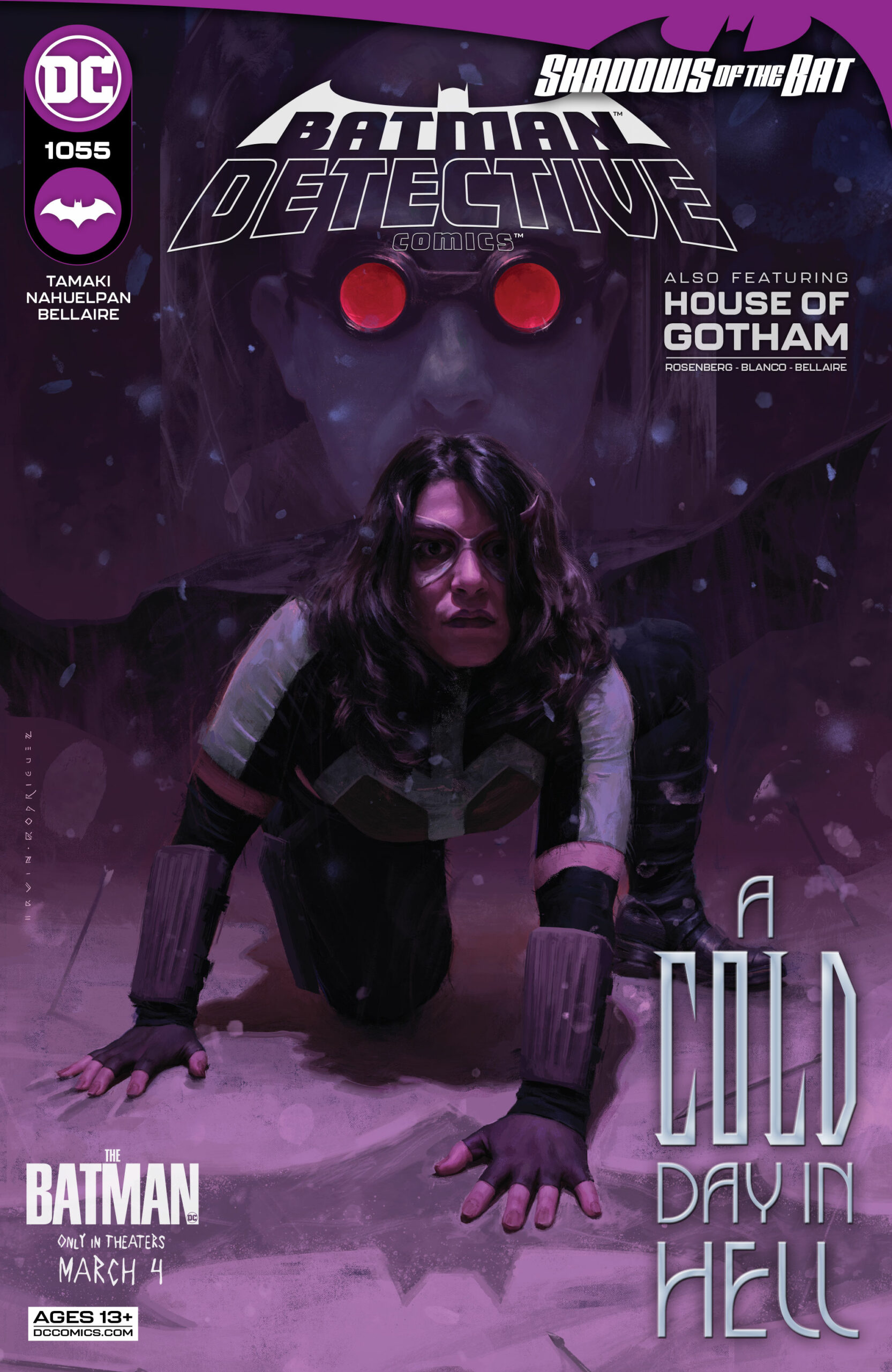 A long way back we entered Arkham Tower. Nice place, pleasant staff… oh, and it was on fire! Now that we’re all caught up to how that happened. We’re back in real-time. Heroes, villains, and people in danger. Everything’s on the line in Detective Comics #1055

This is the first issue set after the kick-off point of this story. Up until right now we only had a rough idea of who lived, who died, and had no clue of how any of it happened. Now we do; we have the knowledge and are in the loop. The inmates have taken over the Asylum, I mean tower… but have no fear, we’ve got boots on the ground. Nightwing, Huntress, and Spoiler-Batgirl (Steph) are all inside the tower trying to regain control. This will be no easy feat as there are a lot of cranky bad guys who have spent the last few weeks singing Kumbiah thanks to Psycho-Pirate, looking for some payback.

As it stands, bad guys have killed Dr. Wear, Nightwing has Psycho Pirate under control, Huntress has been stabbed, and Stephanie’s helping to protect the staff. It’s a most dangerous game and no one has the upper hand yet. With villains like Nero XIX, Ana Vulsion, Siphon, and Mr. Freeze all running around, the tide could turn at any moment.

Originally I thought this story was going to be cut and dried; a-la Die Hard: Arkham with a vengeance, but as the story’s unfolded it’s clear now that I’m completely under the spell of Mariko Tamaki’s writing. Week in, week out, I get swept away by the twists, turns and emotional tug I feel for these characters. When the day comes that this amazing writer moves on to another title, whoever takes over on Detective Comics will have some massive shoes to fill.

If In Dowd, Trust Your Gut

Roy Dowd is… Nero XIX. When I first started reading this story, I tried to keep in my mind that this young boy, who’s endured horrible trauma from the start of his life to his late teens, was eventually going to become a mercenary and a villain. Each time I read a chapter of his tale of survival I couldn’t help but feel sorry for him. In this issue, he’s recovering from a brutal violent encounter with Azrael, so what could possibly happen next? The Gotham Cataclysm that turned the City into a No Man’s Land. This issue started sowing the seeds of how his life amongst the rogues has shaped him to be smart and tough. I can’t wait to see how this tale ends. I want more of these long origin stories for less developed characters, as it really helps them become fan favorites! It also makes us care about them.

Detective Comics #1055 was yet another wonderful addition to the weekly series. If you’re reading and enjoying them as much as I am, talk about them! Leave comments, tweet, share a status or two kids! Let everyone know what’s been happening down at Arkham Tower! I’ll be waiting.