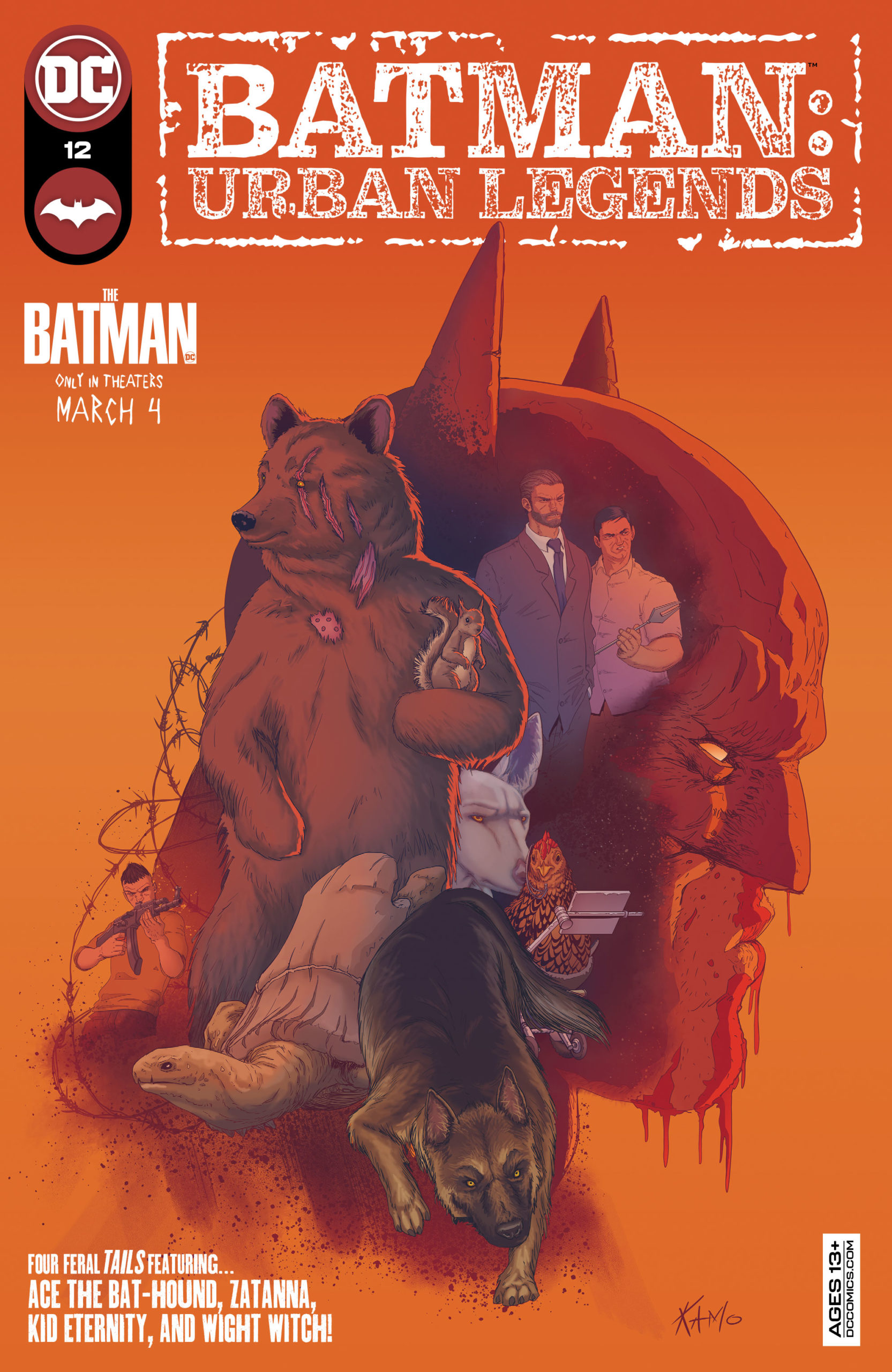 Batman: Urban Legends #12 is pure magic… quite literally. In this issue, we get the second chapter of Batman’s team-up with Zatanna, which is a story I’ve been craving for years. Of course, I’m a huge Zee fan, and honestly feel that if Batman should be with anyone other than Selina Kyle, then Zatanna is that someone.

“Bound To Our Will” – Part Two

This story reads like a dream, as Vita Ayala clearly loves both heroes (and a certain “Nasty piece of work”) as much as I do. The art by Nikola Čižmešija, colors by Nick Filardi, and letters by Steve Wands have also cast their spell over me. I found chapter two of  “Bound To Our Will” perfect on every level. The way Zatanna sasses Batman, who clearly cares deeply for her, is a joy to witness.

Ram V is one of the greatest writers working in comics today, and when he’s paired with talents like Anand RK, John Pearson and Aditya Bidikar what we get are comics worth their weight in gold. The saga of the Wight Witch is haunting, painful to read, and beautiful to look at. The art by Anand and Pearson is jaw-dropping and reminiscent of Bill Sienkiewicz’s stunning work on Marvel’s Elektra Assassin. Simon Saint is pure evil, and this wonderful story highlights that.

I haven’t read any Kid Eternity Comics since Grant Morrison and Duncan Fegredo’s terrific 1991 mini-series. The wonderful thing about anthologies like Batman: Urban Legends is that we can see characters that have been absent make appearances, and get brilliant stories by industry, as well as comics gems – like “Eternity In Gotham” – which are brought to us by rising stars like Mohale Mashigo and Arist Deyn. This is my first exposure to these extremely talented creators, and I really want to see more.

Ace The Bat-Hound has been kidnapped, and this great story by Mark Russell, Karl Mostert, and Trish Mulvihill lifts the lid on his captors. These people are sick. Animal experimentation is awful any way you look at it, but what these monsters are doing is pure evil. This is one of those stories when you’re physically craving for the animals to ride up and take revenge. The end of this chapter is wild (sorry), and I would love it if Ace and his team of enhanced animal warriors saved Batman, for a change.

I loved every second of Batman: Urban Legends #12. This series is one of the best and most underappreciated titles on the shelves. The mix of old and new blood among the creative talents, the characters highlighted and the range of different styles and genres covered elevates the book. DC Comics make the best anthologies out there, and the fact that they do it on a monthly basis with this great series fills me with awe.