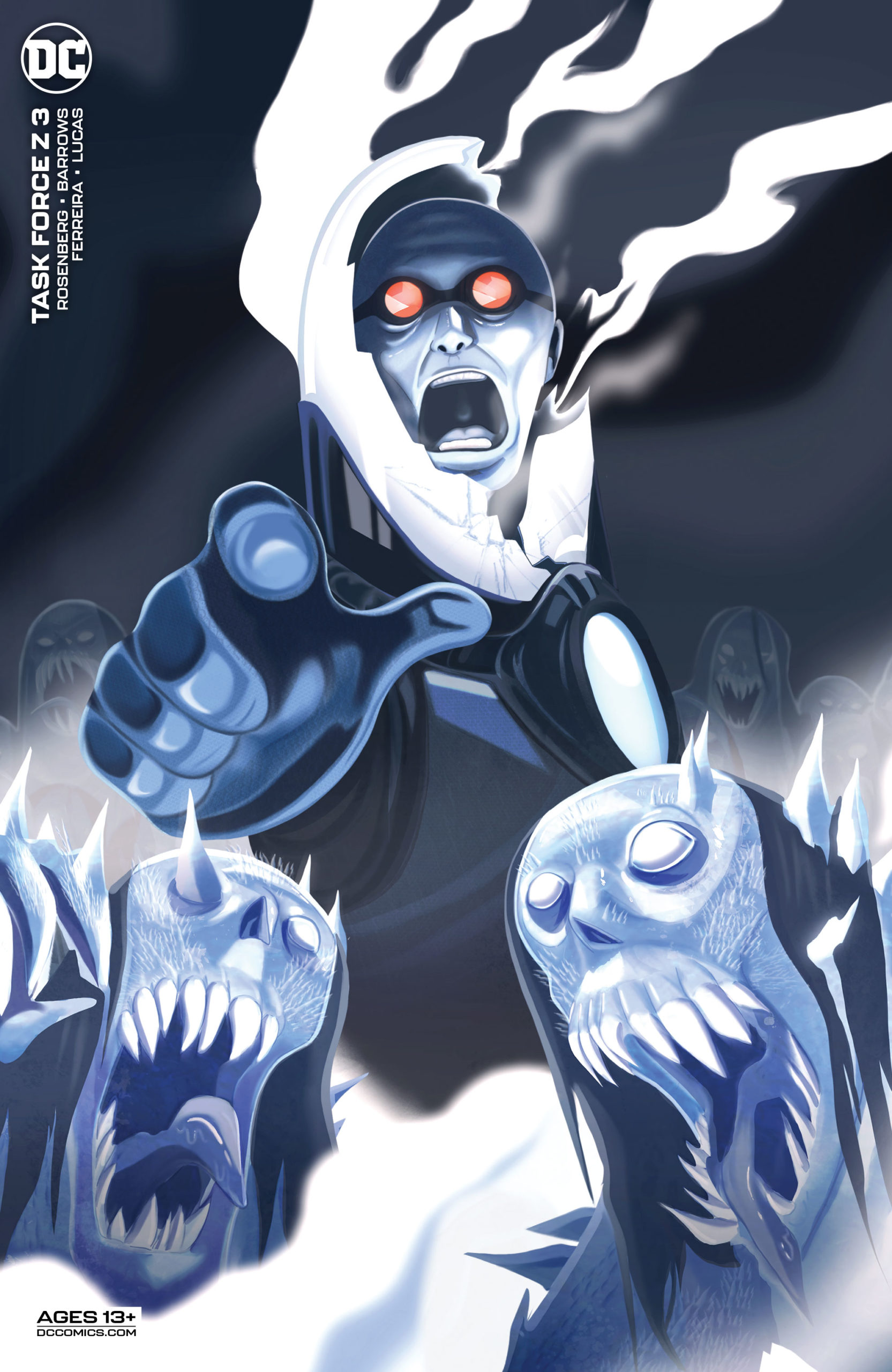 Shot in the back. Yes, that’s right! Last month, Red Hood was shot in the back by UnDeadShot (copyright pending on that name) What happens now? Who will lead the team Rogues of the living dead in Task Force Z #3?

UnDeadShot (I’m really proud of that one)

Let me start this review by saying this is the best issue of the series so far, as a Batman fan, a comics fan, and a fan of a good mystery, this issue had it all. We jump straight into the aftermath of last issue’s bombshell, as Jason Todd’s been shot. This could be a huge problem if only the series wasn’t about people dying and being brought back to life on a very regular basis. I’m glad that they didn’t dwell on Jason’s fate for too long in this issue as everything else that came after was so much juicier!

We see Jason finally addressing the fact that he’s working on a team with Bane, the monster who killed the one true father figure of the Bat-Family, Alfred Pennyworth (see “City of Bane” by Tom King). Jason confides in Sundowner, telling her he can’t forgive Bane, but since Jason’s been known to murder a few people in his time, who is he to Judge? Her response is that Jason needs to forgive Bane and, in doing so, forgive himself. We see later on #NoSpoilers Jason is still quite a broken man and this makes for fantastic reading for all who are fans of Red Hood!

The Man Behind the Curtain

So much happens in this issue, and most of it’s filled with spoilers. An action sequence, Deadshot telling Jason that Task Force Z’s leader is worse than Amanda Waller, and a fight with Cheshire! All this and we finally get to see who’s been pulling Red Hood’s strings from the start. I was shocked… in a good way! This title seemed very gimmicky on paper, but since I started reading and reviewing it, it really is entertaining.

The art’s great, the writing’s phenomenal, and it feels like this title’s being created by huge fans of comics, and nerds at heart. Easter eggs, references to past stories’ relationships abound, and all of this just makes me smile each time I pick this title up.

Task Force Z #3 is the best issue of the series so far. Don’t miss out, grab a copy, and enjoy! When you’re telling all of your friends about it, please let them know that I made up the name UnDeadShot! Don’t you dare steal it for yourselves!