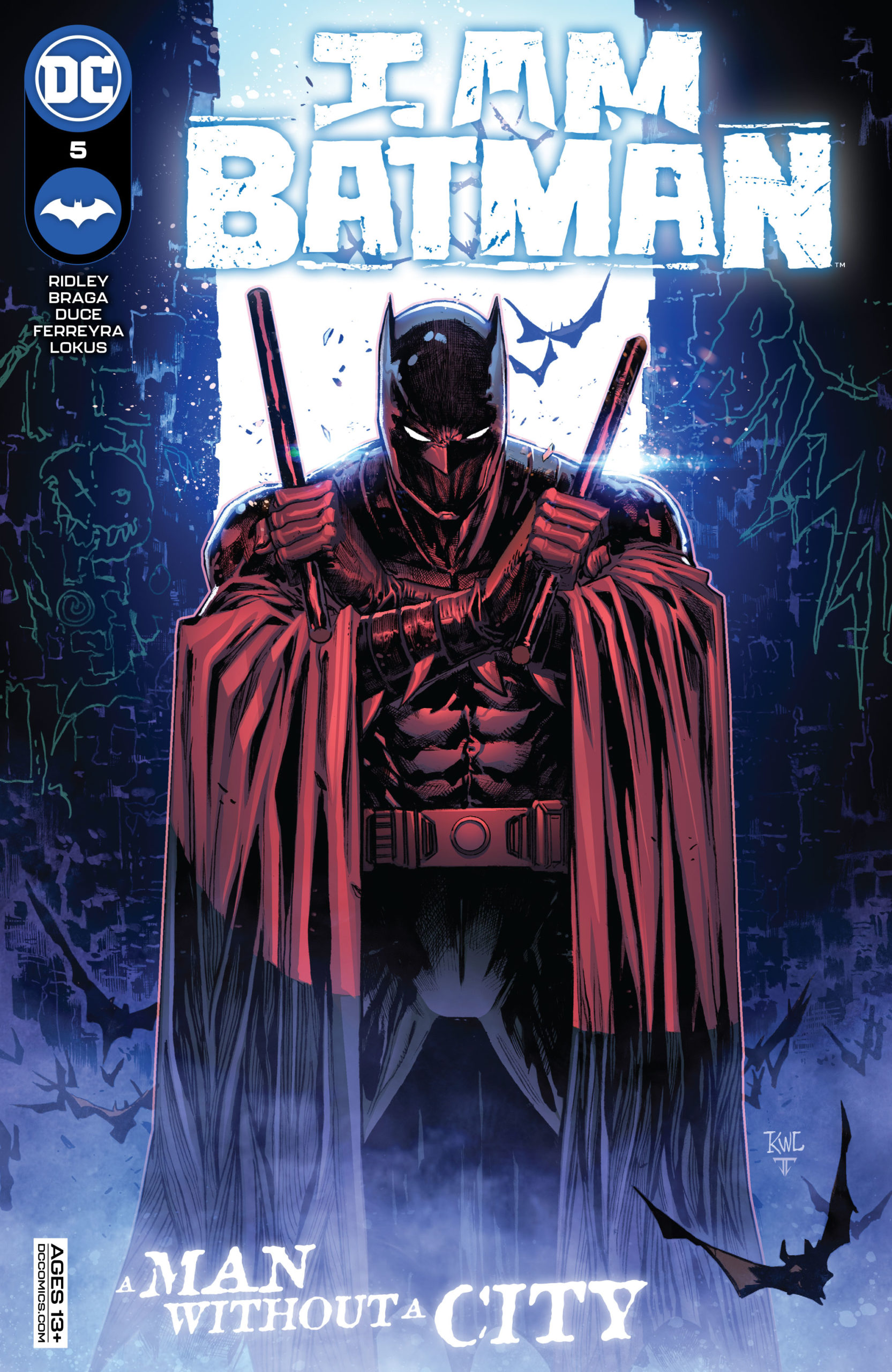 I Am Batman #5 marks a significant turning point in the series, containing a number of significant occurrences. During Jace’s battle with a T.A.L.O.S. agent, the faceplate fell off of his cowl. This allowed Lucius Fox to recognize that the new Batman was actually his own son.

This revelation appears to have shocked some sense into Lucius, prompting him to purge the FoxTech software from the T.A.L.O.S. suits to save Jace’s life. We saw Fox Sr. wavering in his hardcore stance against vigilantes during his discussion with Tanya last month, and this encounter fully makes Lucius re-examine his views. It seems that he’s finally starting to recover from his mistreatment at the hands of Scarecrow during the “Fear State” event.

Enter I Am Batman #5, where Lucius and Jace have a heart-to-heart, patching up their differences. Jace reveals that he’s relocating to New York. This is partly to accompany his mother and sisters, but mainly to move out of the shadow of the original Batman.

Jace Fox: As long as I’m in Gotham, I’ll always be the other Batman, or the replacement Batman, or substitute Batman. But the truth is–

Lucius Fox: The truth is you are Batman.

Importantly, Lucius is giving Jace his approval and blessing to continue as the Dark Knight.

Lucius Approves – But Should He?

However, I have to wonder about Lucius doing so. Yes, it’s great that he’s being supportive and showing that he believes Jace has proven himself as the Batman. However, Lucius knows that his former employer, the original Batman is out there, and may not approve of someone else co-opting his identity. Shouldn’t Lucius maybe be trying to talk Jace into taking on another identity, or at least warning him about what he might be in for if the original Batman comes after him?

However, I have to wonder if this is not unintentionally also sending a not-so-good message? Perhaps, when the world is in the middle of a severe Covid-19 surge, this isn’t the best time to have Jace’s Batman choosing to remove the part of his mask that covers his mouth and nose. Maybe this should have been held off for a bit, or some other way of making his skin color apparent could’ve been used.

Is This Title Set In The Present Or Future?

The removal of the faceplate also introduces some more complications to the confusing continuity of this title. When is this series taking place anyway? In the present-day DCU, or at some point in the future? I Am Batman has some inconsistencies, as it’s apparently a prequel to Future State: The Next Batman, which takes place in 2025 (according to the timeline shown in DC Nation Presents Future State #1). However, in that future, Jace was still wearing the faceplate, and Tam was still in a coma.

So maybe I Am Batman is set in the present. This seems possible. Simon Saint was killed in the last issue, and his death has been referred to in the other Bat-family titles (e.g. Batgirls #2 and Fear State Omega #1, which also mentions “another Batman” having been spotted in Gotham, which might refer to Jace). Yet in issue #1, Jace speaks of Batman as being dead and not having been seen for about six years. We know Gotham was recently celebrating him for having saved the city in Fear State.

Is It Outside DC Continuity Altogether?

Now I Am Batman isn’t lining up very well with DC continuity, no matter where you put it in the timeline. I think at this point, DC has two choices. One would be to firmly establish this title in the present and to make whatever judicious retcons to make that fit. The other would be to place I Am Batman in its own separate continuity, existing on some other Earth in their shiny new Omniverse. There are probably many readers who don’t really care how this title fits into DC’s continuity, but I’m the kind of fan who likes having these things clearly spelled out.

Whether John Ridley’s title is in-continuity or not, I’m still enjoying it immensely. I’m glad to see that Jace is establishing himself in the role. The move to a new city in I Am Batman #5 and the minor, but significant change in costume should help distinguish Jace from his predecessor, and I look forward to watching his continuing evolution as the Batman.