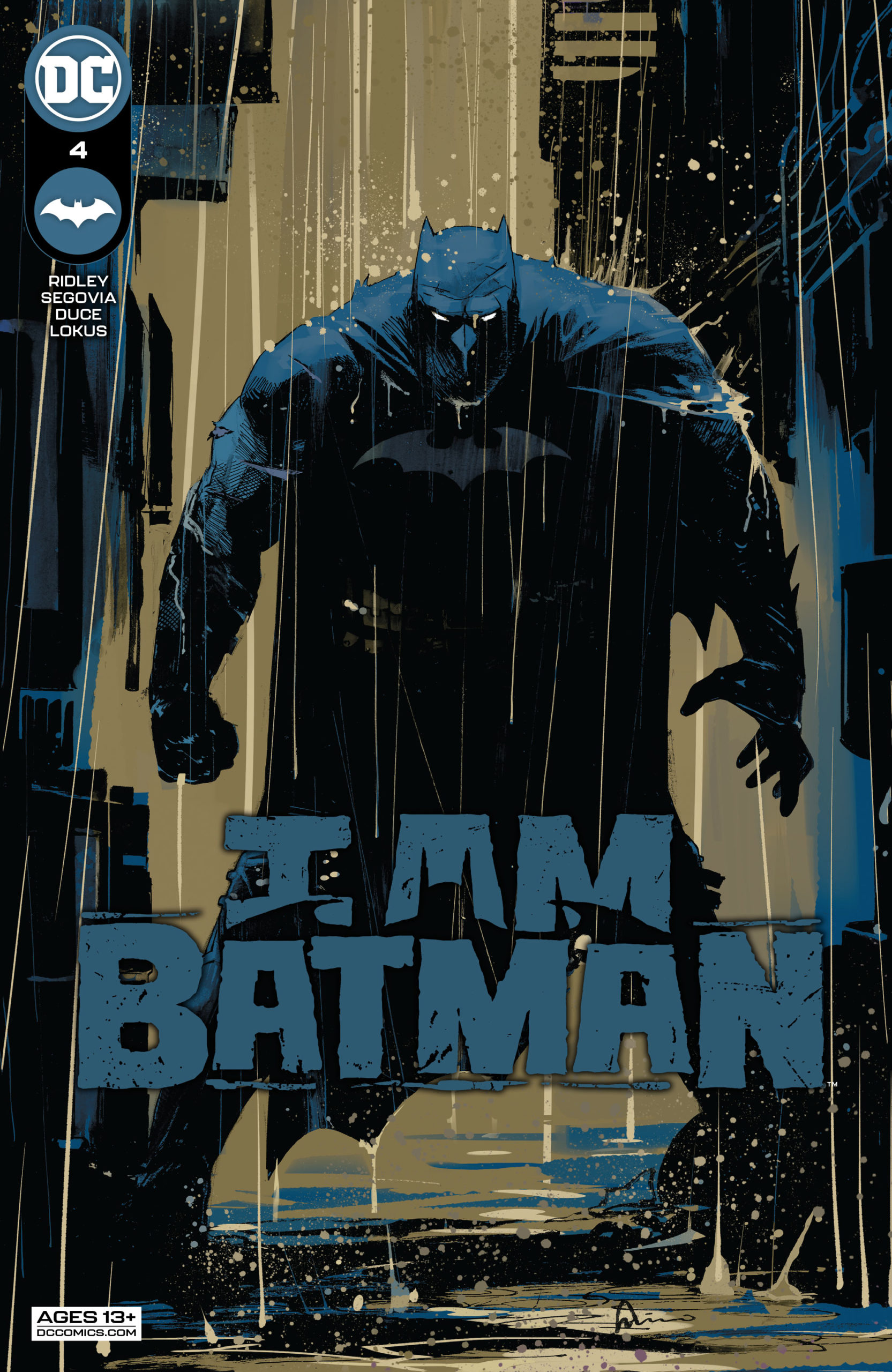 While there is some action in I Am Batman #4, John Ridley spends much of the issue forwarding the overall plot by focusing on Jace Fox’s supporting cast – especially among the Fox Family.

First, it appears that Tanya Fox’s encounter with the Batman last issue has her reconsidering her negative opinion of Gotham’s vigilantes. When Lucius states that the new Batman is no better than a domestic terrorist, Tanya replies:

He saved people. I was there when he did it

Initially, Lucius doesn’t seem responsive to Tanya’s changing perspective, but later in the issue, he does express some doubt about his commitment to the government’s T.A.L.O.S. program, based on Tanya’s. He also seems unsure of the plan, which is to recreate Simon Saint’s Magistrate program to a national level. And Lucius immediately realizes this is tantamount to martial law.

We don’t really know the circumstances that led to Tanya’s coma, just that her parents blame Gotham’s vigilantes for it. However, her own views on the matter are likely to affect her parents’ feelings – either intensifying or ameliorating them.

We also learn that Commissioner Montoya has arranged the transfer of Detective Chubb to the New York police force and advance solicitations have already revealed that Jace will also be relocating to New York too. It seems a bit coincidental for Chubb to be making the same move, but I’m sure Ridley has plans for the character that he doesn’t want to abandon.

Victor Noonan is clearly the main villain behind “The Hidden Agenda” and his T.A.L.O.S. program is a central part of that plan. We’ve previously seen him arrange the murder of Tyler Arkadine and in this issue, he sends his T.A.L.O.S. agent on a mission to bring back “the Batman’s corpse”.

This leads to the cliffhanger ending which hints at an epic confrontation between Batman and the agent, with Noonan and Lucius watching remotely. Considering that the T.A.L.O.S. suit, as Noonan puts it, “makes the Peacekeeper armor look like a bathrobe”. Considering the fight that Peacekeeper-01 put up against the original Batman, Jace may be in for the fight of his life.

Lucius has been displaying a pretty negative view of Gotham’s latest vigilante, but how would he react to learning that the new Batman is his own son? Certainly, he wouldn’t want him dead, but that would necessarily win his approval for Jace’s vigilante activities.

Also, this might be a stretch, but isn’t “T.A.L.O.S.” suspiciously close to “Talon”? Could Noonan be associated with the Court of Owls? Is the Court ramping up its activities to a national level? We don’t really know what they are up to in the Future State era, so it does seem possible.

I am quite enjoying the artwork of Steven Segovia and Christian Duce. Aided by Rex Lokus’ colors, they perfectly capture the atmosphere of a Batman comic. Even though this isn’t the traditional Batman, it still feels like one, whether you like the idea of a replacement Batman or not. Hopefully, this will go a long way towards convincing cynical readers of Jace’s legitimacy as the next Dark Knight.

I have to admit that I was somewhat cynical of a new Batman taking on the role of Gotham’s Dark Knight – especially one who wasn’t selected by Bruce Wayne or part of the Bat-Family’s inner circle. John Ridley’s story has convinced me that the idea can work. I look forward to seeing where the story’s heading, and with I Am Batman #4, we can see the various plot points begin to coalesce.