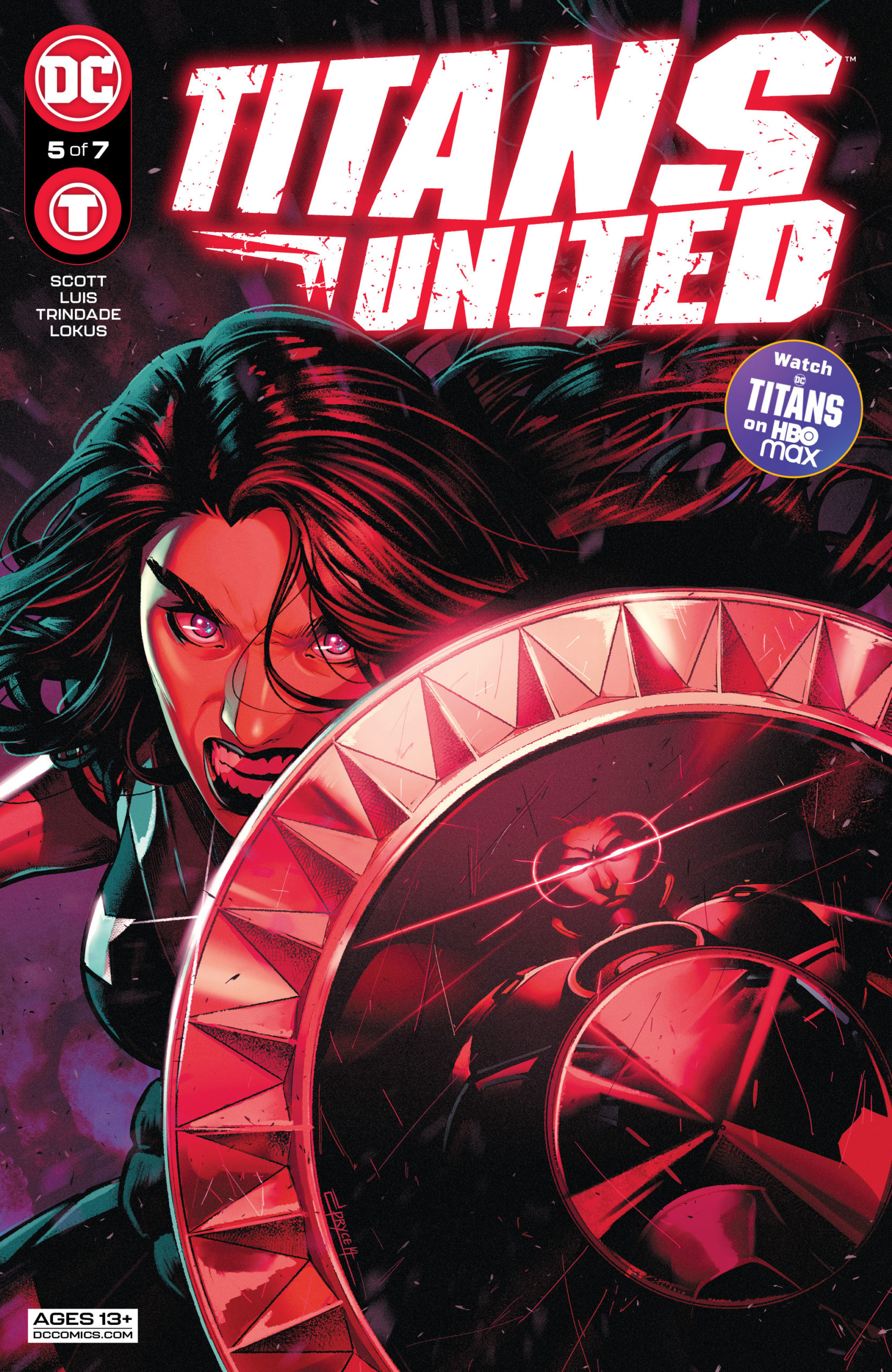 The Titans are divided, their enemies are closing in, and Superboy has been turned! Titans United #5 has a lot of material not seen on Titans on HBO Max

Who would win in a fight: Superman or Wonder Woman? We may never know, but this issue shows us who would win in a fight between Conner Kent and Donna Troy. This series has been thrilling so far; with tons of action, wonderful art, and writing that really bridges the gap between the TV show and the comics. Sadly though, this issue felt like the first misstep of the run.

We see a brainwashed Superboy decimating everyone and going by the name, Black Zero – (a fun nod to the film Man of Steel). His strings are being pulled by Blackfire in her attempt to take over the world by destroying the Titans. Now, I get that the Justice League is off-world, but don’t get me wrong, the Titans are one of many teams that could fill the gap in the absence of the League, but this just doesn’t make sense to me. I’m hoping as the story continues it’s explained why Black Fire isn’t worried about some of the most powerful beings in the universe returning to their home planet to put a stop to her.

As Superboy (Black Zero) goes on the rampage, Raven decides to use magic to try and tame the savage Kryptonian. She takes a trip inside his mind, and once there we’re treated to some next level brainwashing. The only problem is; it feels a little disjointed. I really hope that the next issue sheds some light on a well-thought-out evil plan. Fingers crossed.

Titans United #5 is the first issue of the run that left me unsatisfied. I’m hoping that this was a mid-season lull, as they have in TV shows, and it picks back up next time.