Last week filled in a lot of gaps, finally explaining how Jason Todd went from Robin to Red Hood. It also explored how the relationship between Jason and Jonathan Crane began, and hinted at where it’s heading. This week spent some time pushing the story forward while filling in some details on Dick Grayson and Barbara Gordon’s past relationship. 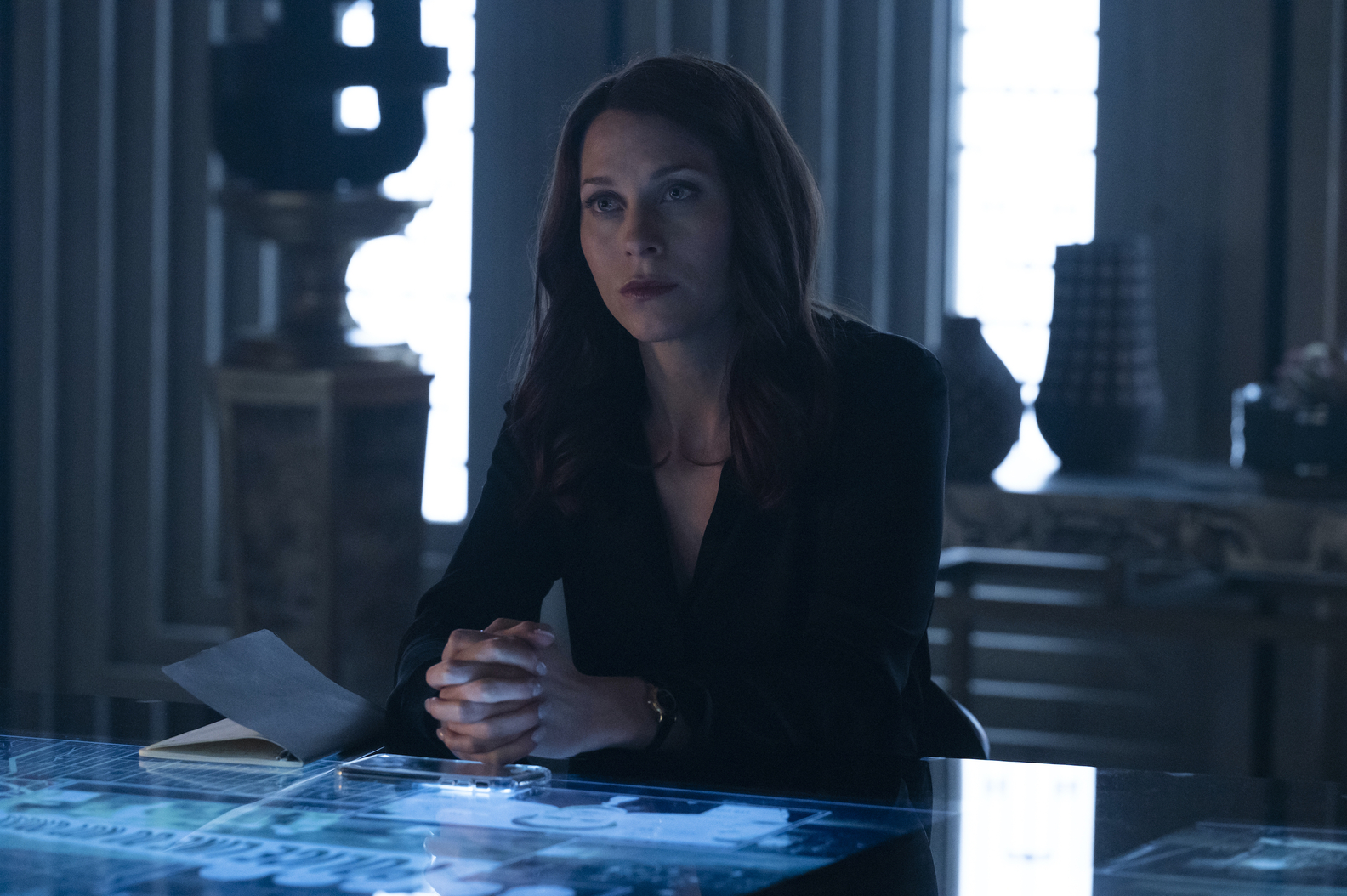 “Lady Vic“ opens with the titular villain sitting in a diner, listening to a couple of flirtatious cops. The scene runs a little long but establishes how ruthless she is, as she kills both of them and steals their car; driving it to Gotham.

After the bloody cold open, we enter another flashback of Gotham City, this time six years in the past. While the flashback scenes here aren’t as effective as they were in last week’s episode, they also don’t take up the entirety of the show. So, while not entirely effective, they do serve a purpose in explaining the current events of the story (like many of Berlanti’s DC shows). My favorite part of these flashback scenes is the way Titans chooses to make Dick younger is by putting him in a backward baseball cap. 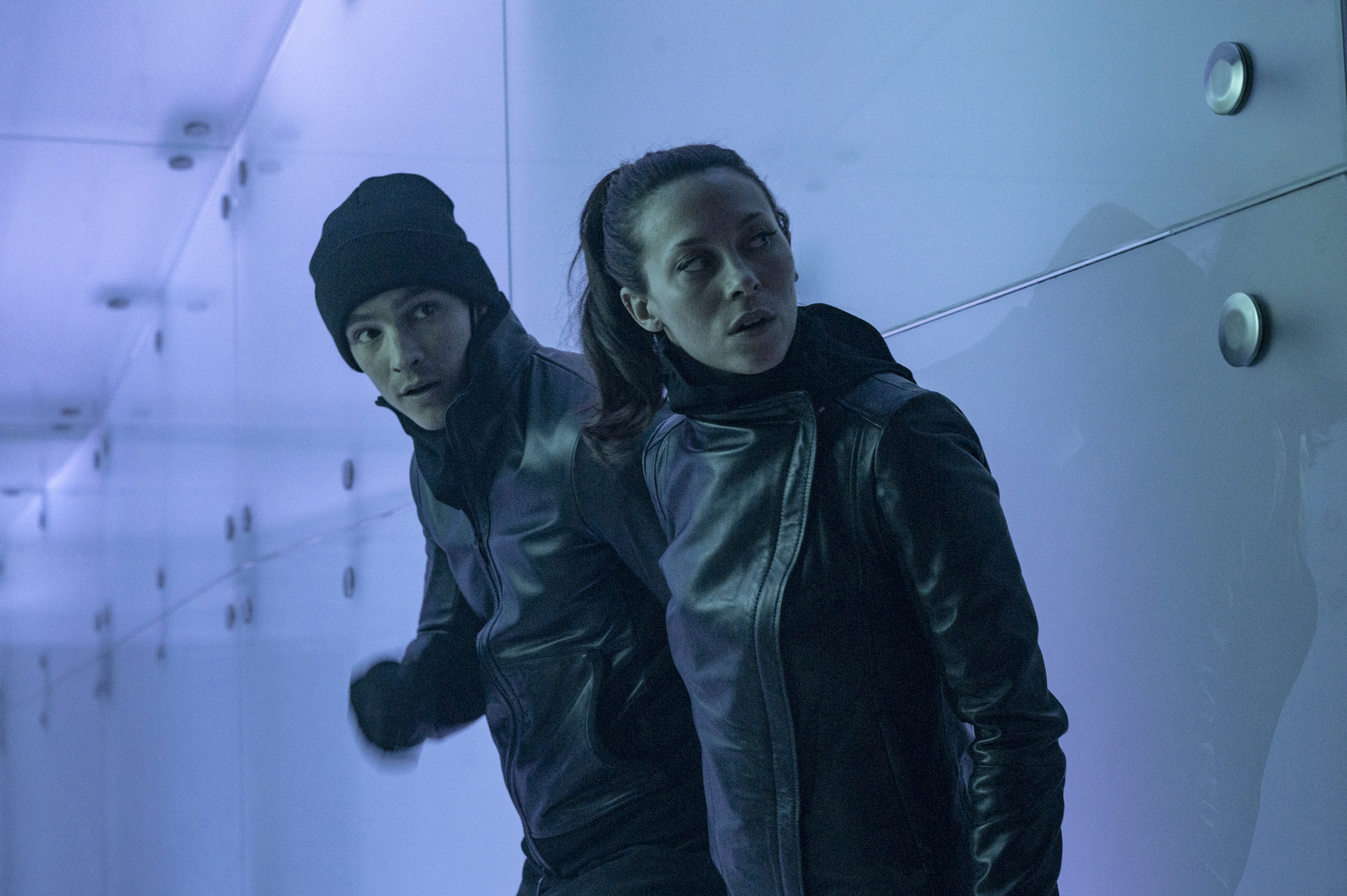 The flashbacks start with Robin at the scene of a robbery and getting into a hand-to-hand fight with the masked female thief. She’s not Catwoman, but Dick soon makes the comparison after the evenly matched fight goes on just long enough for the thief to reveal themselves – Barbara Gordon! Her response to the Catwoman/Selina Kyle comparison is that she’s frustrated at being reduced to simply being Commissioner Gordon’s daughter. She wants to make a difference in her life and Dick suggests she joins himself and Bruce as Robin Girl. She laughs, suggests the clearly better Batgirl moniker, but ultimately turns it down.

I’m hoping we eventually get a nod to Barbara actually being Batgirl in the future, but this origin story for her is an odd choice. I’m not a huge fan of Barbara falling into the trope of a powerful man’s daughter that chooses to rebel angle. As the Boy Wonder suggested, she’s acting like a knockoff Catwoman. 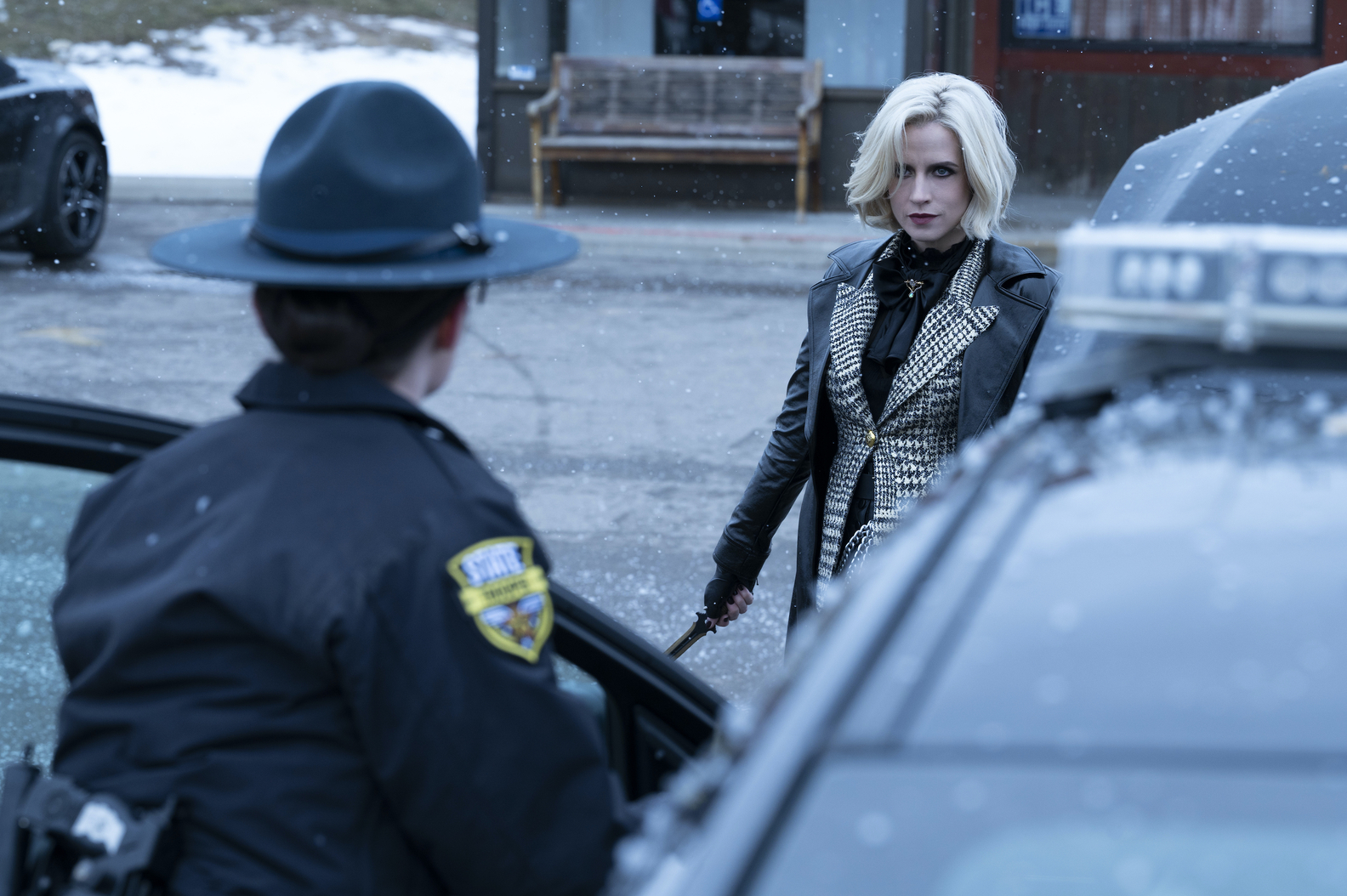 Later in Lady Vic, another flashback shows Dick working with Barbara on a robbery. While these scenes do dive into their past relationship, it’s framed around introducing Lady Vic. I have a hard time buying into Barbara’s run as a criminal and an even harder time than Dick would follow suit. There had to be a better way to flesh out this story and still introduce this week’s villain and I’ll forever be salty about this Titans canon.

Outside of the flashbacks, the main story continues to focus on Dick and Barbara both trying to solve the murders Lady Vic commits at a hospital. They aren’t working together and the longer this season goes, the more I’m not a fan of grumpy Commissioner Barbara Gordon. Perhaps it’s the vision I have in my head from Hope Larson’s run on Batgirl, but this isn’t the version of Barbara I was hoping for. I must admit that she’s every bit as much of a badass in her wheelchair as out of it, though. 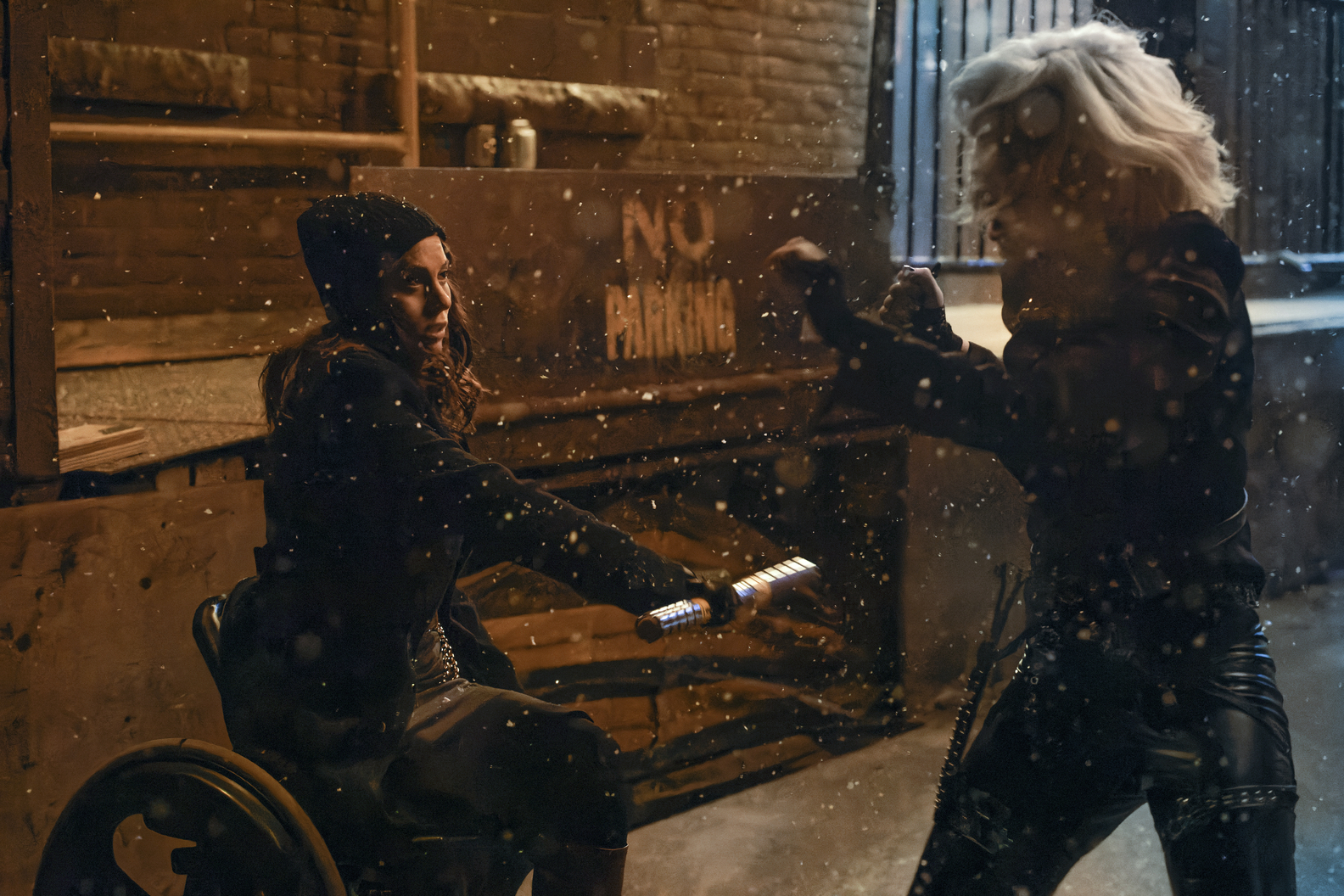 Gotham is an open city now. So I brought in this lovely specimen to help me with a few errands that are near and dear to my heart. If you are unhappy, others are more than willing to take up the cause. Comprende?

The C-story focuses on Red Hood and Scarecrow, which also ties in Lady Vic. Jason thought he’d been in charge this whole time, and while that may have been true while Crane was locked up in Arkham, everything has gone according to the former Arkham Inmate’s plans. With Jason acting a bit big for his britches, Crane has to put him in his place. 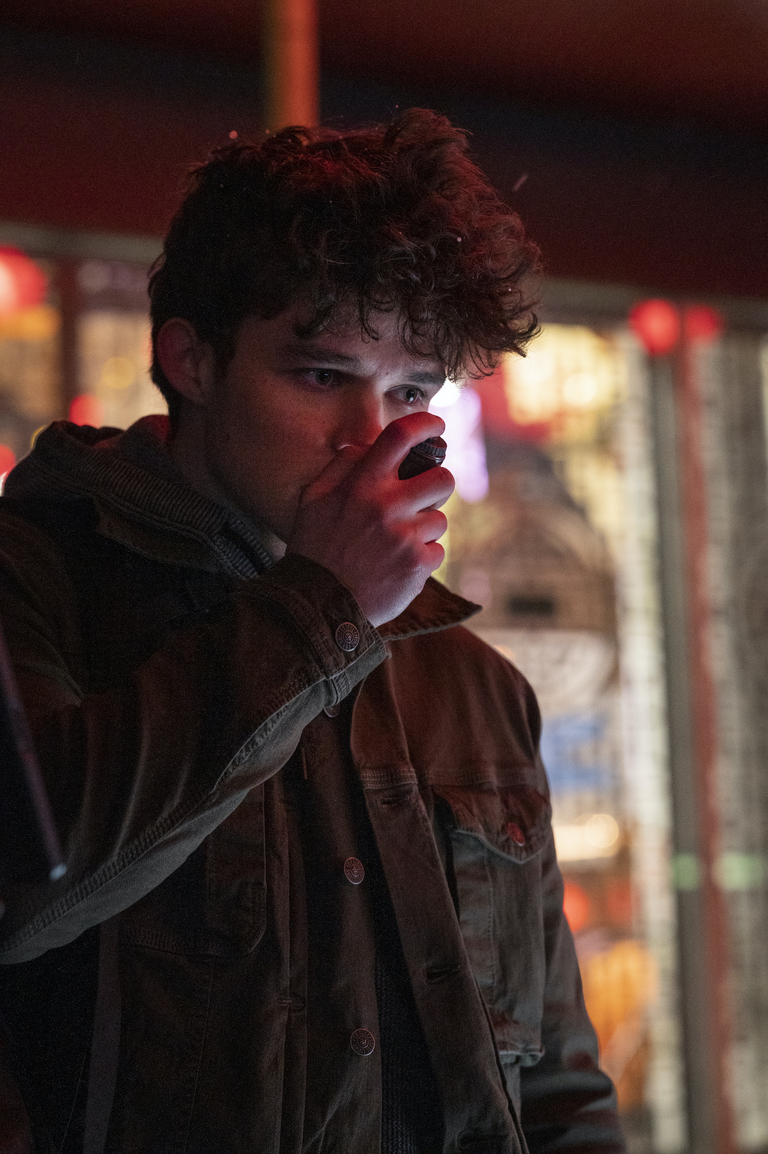 Scarecrow brings Red Hood to the hospital to show off Lady Vic, who’s also on the anti-Fear toxin. Just as she did with the police officers, she ruthlessly takes out the doctors and nurses. Crane has put Jason in his place, but I think we all know well enough that Jason Todd won’t stand by idly.

Every episode leading up to this one has put a lot of its focus on Jason/Red Hood. Lady Vic is the first to flesh the story out in different ways. The next time we see the former Robin is when he’s ready to make his move against Crane. Jason demands, from the scientists at Scarecrow’s lab, the drug their working on. He then distributes the anti-fear drug to a group of criminals who shoot up the restaurant we saw earlier in the series, the one where Tim Drake works.

Curran Walters has a very brief moment where it feels that he feels some amount of remorse, and while I believe Walters has been owning this season, this moment is one of my favorites of his so far. Before he lets the remorse kick in however, he takes another hit of his anti-Fear toxin and walks away from the crime scene.

Starfire, Blackfire, and Superboy do the groundwork for the main part of the story. They’re trying to figure out why Crane stole the medical device at the scene of Lady Vic’s hospital slayings. As much as the story being told with the three of them is about helping Dick, it’s also about the relationship between these alien sisters. 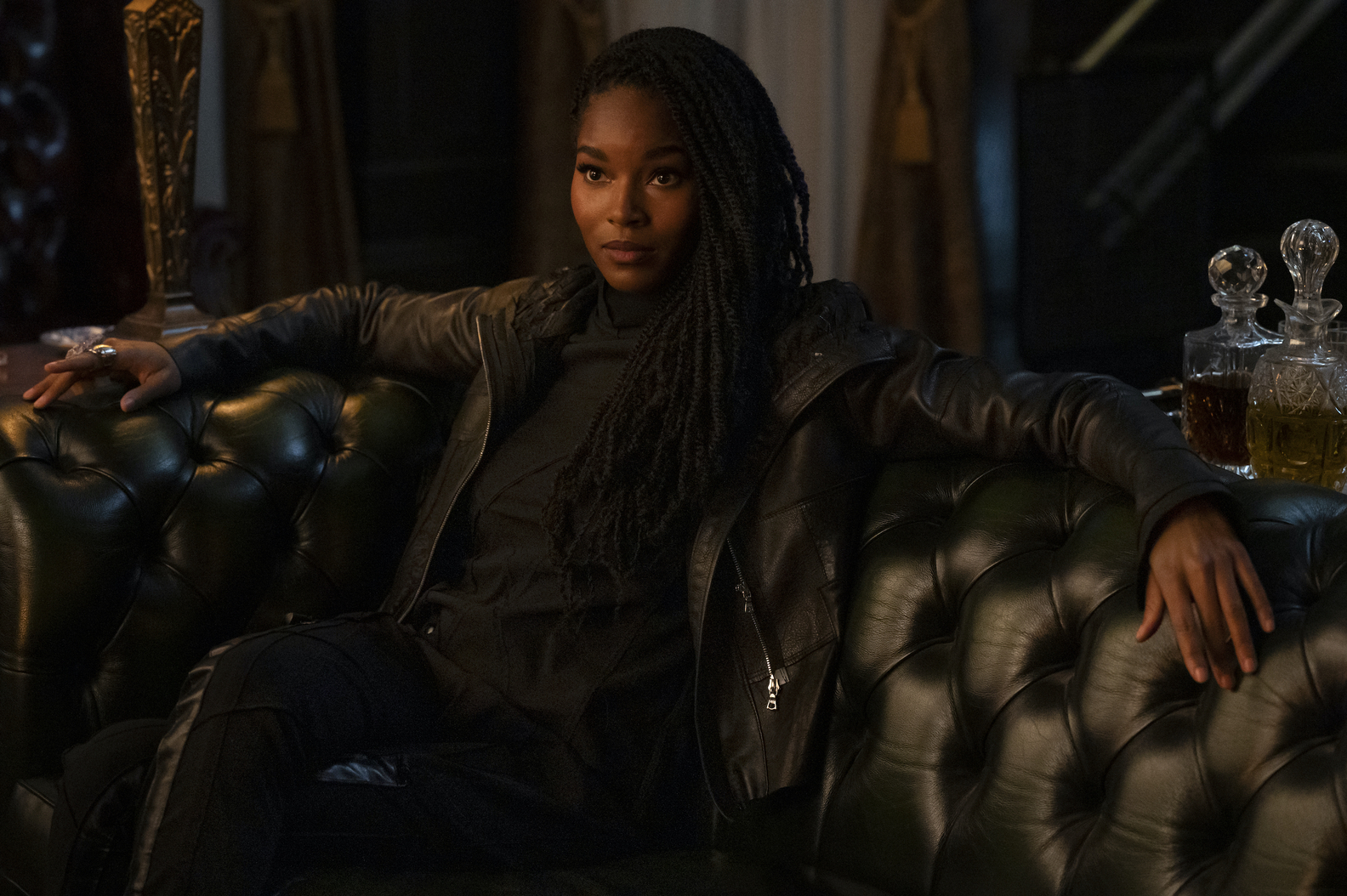 Starfire does not trust Blackfire, with good reason, and while this feels like a big trope, the scenes with Anna Diop and Damaris Lewis are easily my favorite of the episode. I love a good story that sees the villain trying to prove themselves changed and trying to become a hero. Diop and Lewis feel like they’re actual sisters and have amazing chemistry with one another. Lewis and Joshua Orpin (Superboy) also share some fun scenes, and I’m very much looking forward to seeing that relationship blossom. 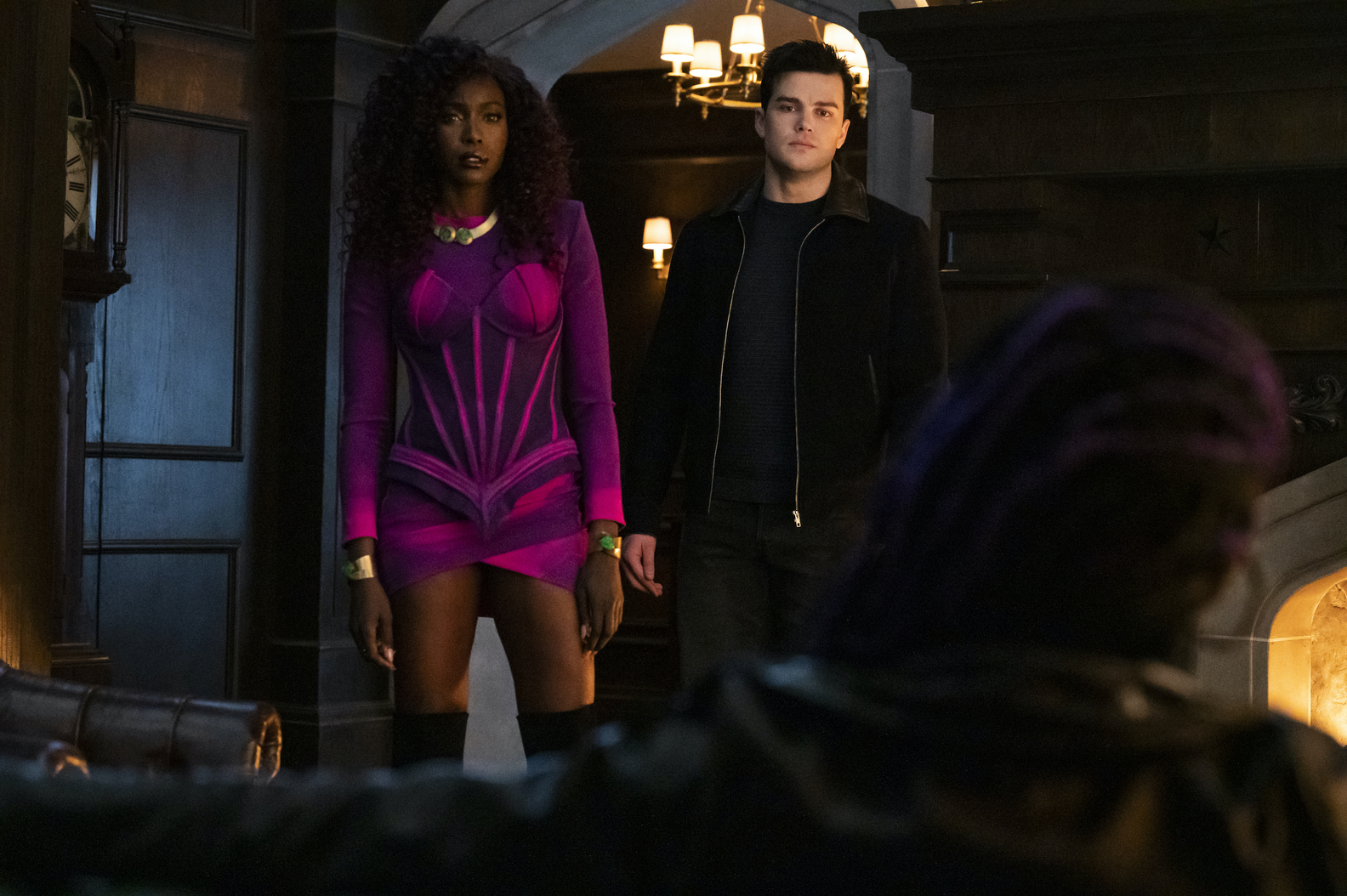 Titans Season 3 Episode 6: “Lady Vic“ feels like a classic Arrowverse episode, though after watching the amazing performances from last week’s flashback chapter, this one underperforms. That said, the flashbacks set up the crux of the present-day story and help move things along.

New episodes of  ‘Titans’ drop on HBO Max every Thursday.