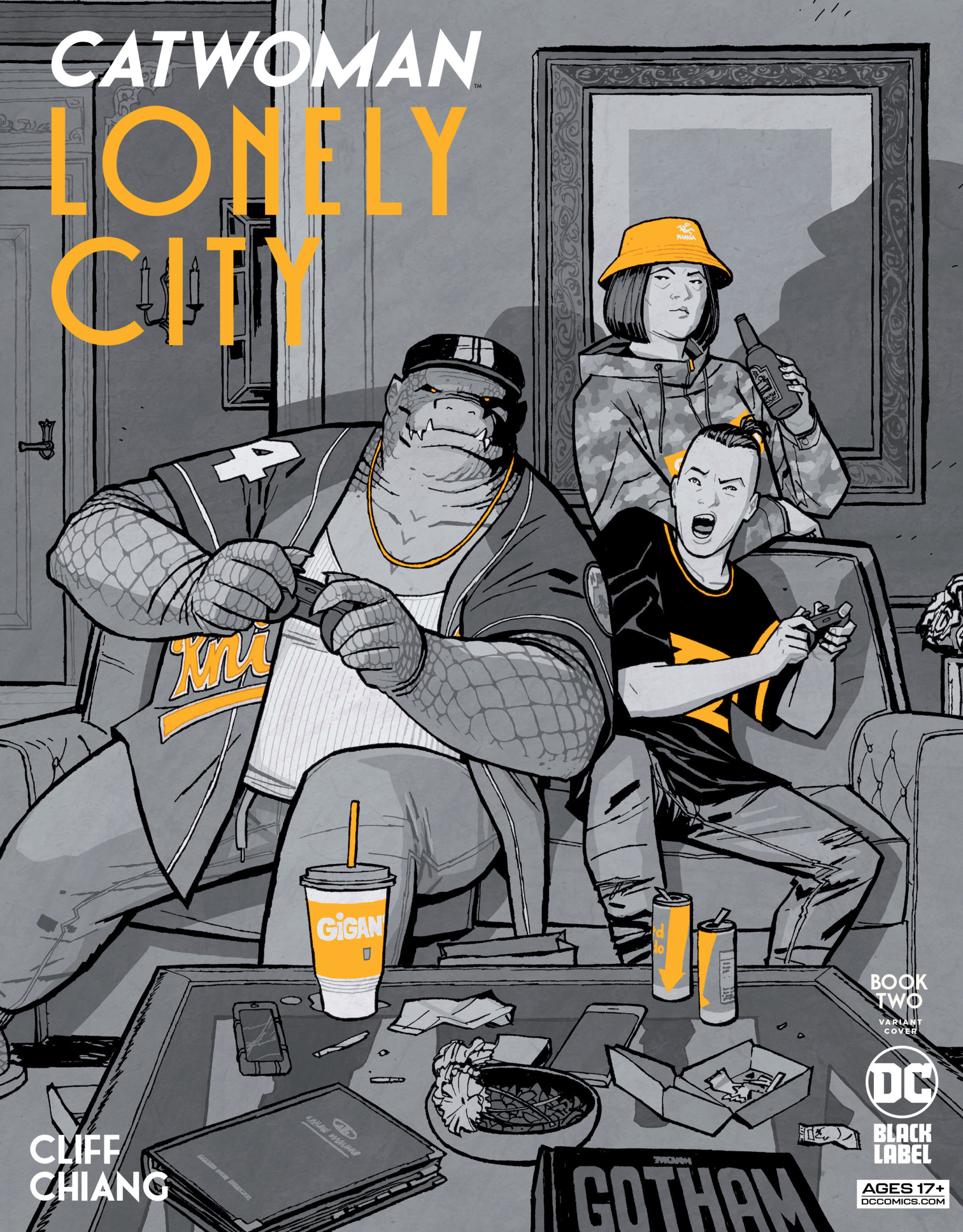 It’s incredibly impressive to think that one person’s responsible for making this entire title, and the levels it plays with Batman’s history, the characterization of iconic Gotham characters, and the vision of what aging would really be like for the costumed characters we all know and love. All this makes this title a real memorable treat.

Lonely City pulls the double-whammy of giving us a realistic vision of the future; with a level of technology and futurism that makes it feel like it’s now, but with the visions of an untrustworthy government and a feeling of activism movement quite close to what we all feel right now. The timelessness of comic book characters is one of their most appealing, yet frustrating qualities.

There’s something satisfying and true to life about seeing characters have changed an immense amount over the years. Chiang has characterized the aged versions of beloved icons of DC, and we can believe that Catwoman will be capable in her 50s, though can still understand where her doubts are coming from. The tempered, but clearly insidious intent of Harvey Dent is also there for all to see, but the realistic psychological damage he’s suffered makes everything feel even more tragic than usual.

The deeply beautiful, understatedly colored vision of Catwoman: Lonely City #2 is what treats us as we read this. DC’s greatest thief has wrapped us in a delightful mystery of the past… or the future, depending on how you think about it. We get a detailed portrait of age, loss, hope, and growth all wrapped up in a new but somehow sincere vision of a classic character.

This title is a real treat that would be hard to say no to.