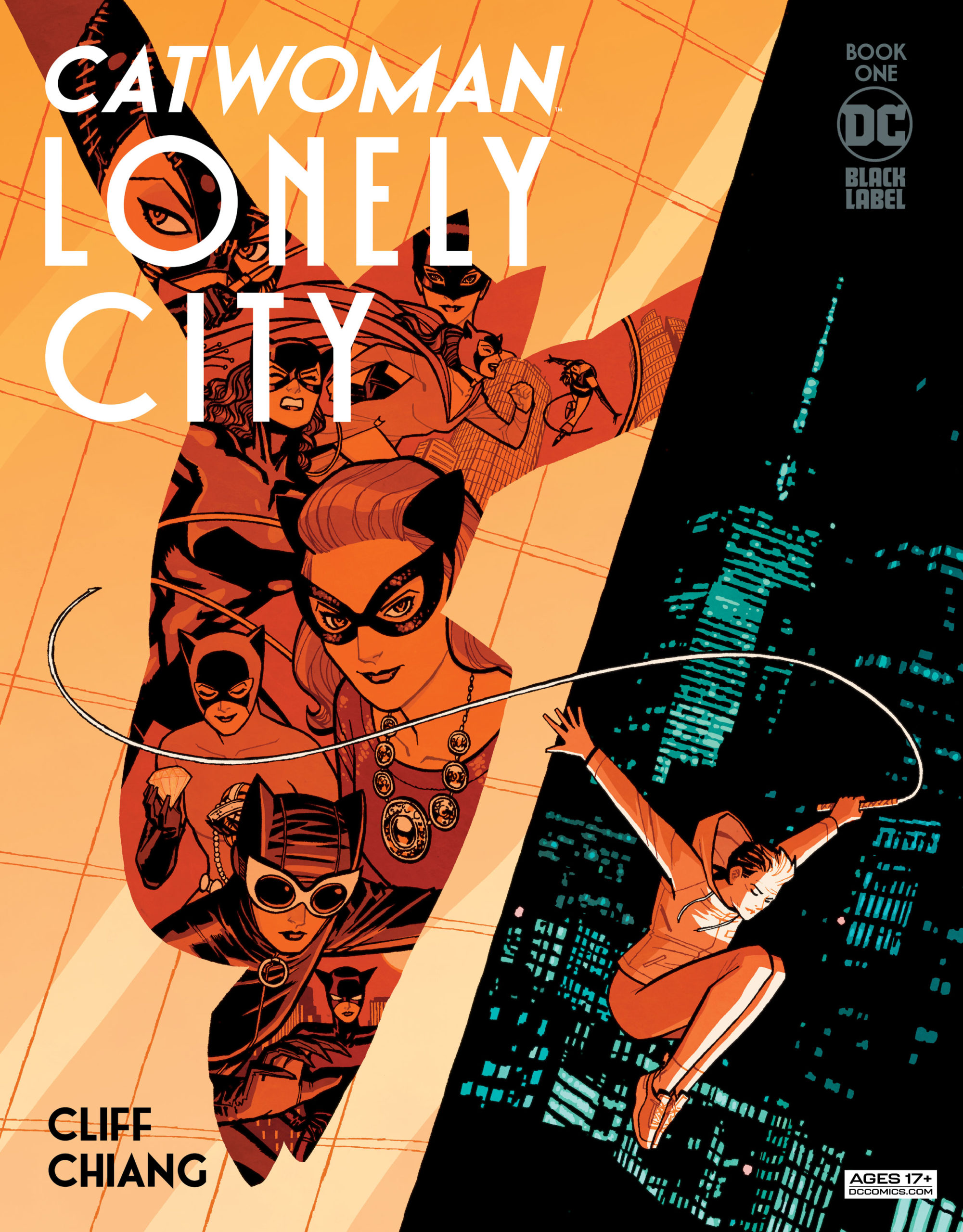 I’ve dedicated a lot of my time reviewing comics on Dark Knight News to Batman’s leading lady. The greatest thief in DC Comics is an interesting character and a real feminist icon. In this opening chapter of Catwoman: Lonely City #1, we’ve been treated with a bold new idea laid out in a real way. We get rich, colorful art that depicts the realism of time but also shines a light to draw all kinds of more mature readers in.

This story’s done wonders for immersion. We get a real sense that time has passed right from the off, and we see such realistic character design in Chiang’s art. Catwoman feels older but still has her classic essence. The great aging of the Penguin also shows how far things have come in this version of history.

We’re given a detailed but reminiscent dystopian picture of Gotham, and I love stories that play with these possibilities. We get the chance to ask ourselves the hard questions about reality that can’t be answered in a single issue. Chiang, yes the only creator on this story, has shown real love and understanding of Catwoman’s long history, as we get visuals and callbacks to details from across Selina’s past, including multiple costumes.

Catwoman: Lonely City #1 may just be the opening chapter of a four-part story, but it’s already masterfully laid a grand mystery on our doorstep. We can but wonder about the fate of Batman, and how our heroine can progress as her allies are working against a squeaky clean, insidiously controlling vision of future Gotham.

With a new story starting in this new, and ambitious space, anything can happen in this title, and I’m eager to see what comes next.