Review: Batman Vs. Bigby! A Wolf in Gotham #4 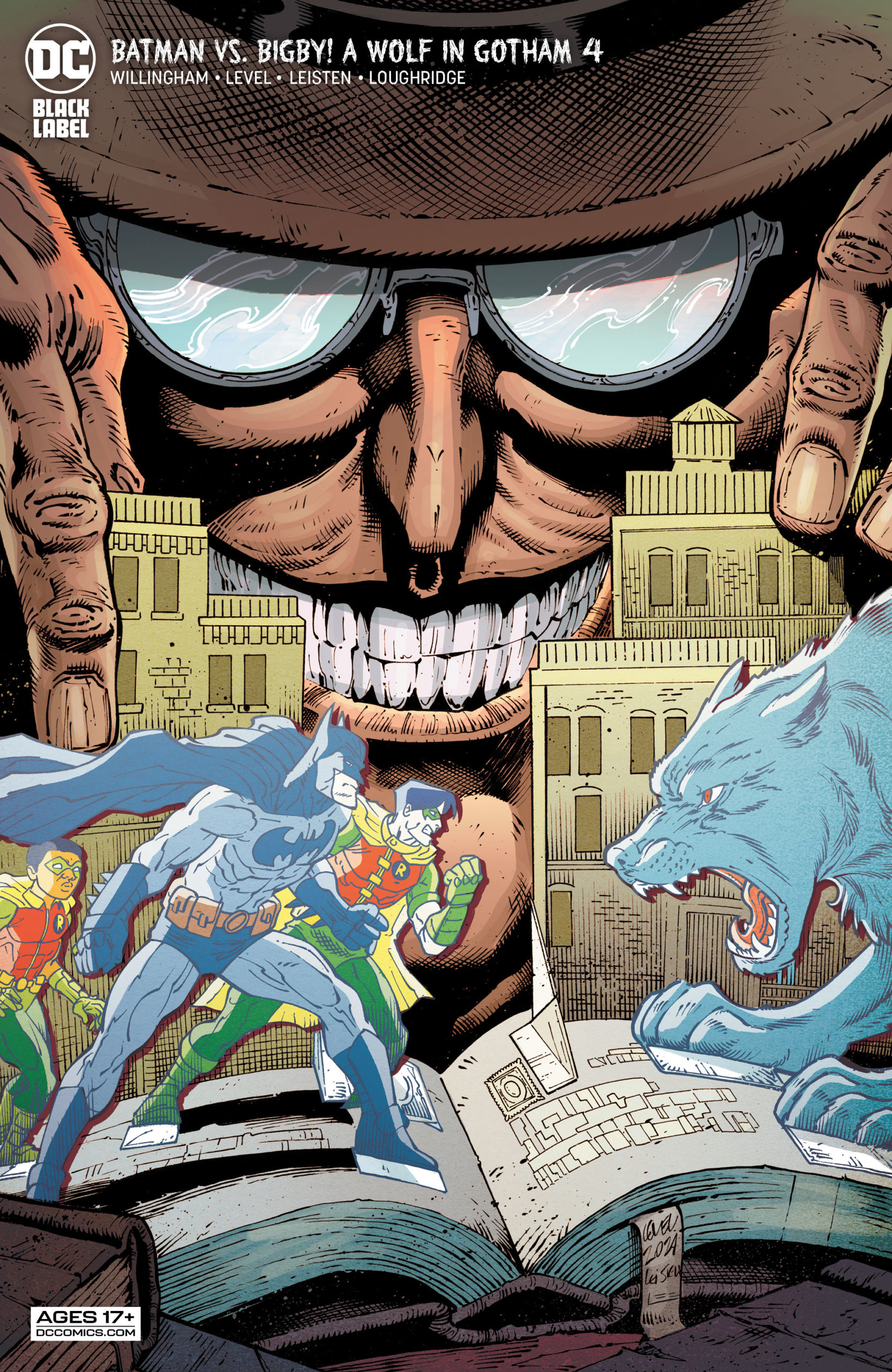 Batman and Bigby finally put their heads together, instead of banging them against one another. Most of the secrets are revealed and the game is truly afoot for these two detectives, in Batman Vs. Bigby! A Wolf in Gotham #4!

Since this series began, there’s been a feeling of incongruence. I’ve chalked it up to viewing the story as a Batman series instead of a Fables one because that’s how the reader comes into it. After reading issue #4 I believe that this may have been part of Willingham’s plan all along. That uneasiness heightens the familiarity that comes after.

Once Bigby’s shared his story with the Dark Knight, everything seems to fall into place and as the issue fills in the behind-the-scenes of Bigby and Cindy’s mission, the tenor of the series shifts just enough to make it feel more like Fables.  Additionally, we get a quick cameo of one of Bigby’s daughter’s which further connects the two worlds.

Surprisingly, there’re a few subtleties with the villain, Bookworm, that make him feel more impressive and more significant than he did on the Batman ’66 TV show. We finally get to see what his plan’s been all along. Willingham isn’t showing all his cards, though, as the cliffhanger seems to say something else. Of course, this is most likely to be more misdirection. I won’t give away any spoilers on the specifics, only that it seems like there’s at least one more big surprise down the line. 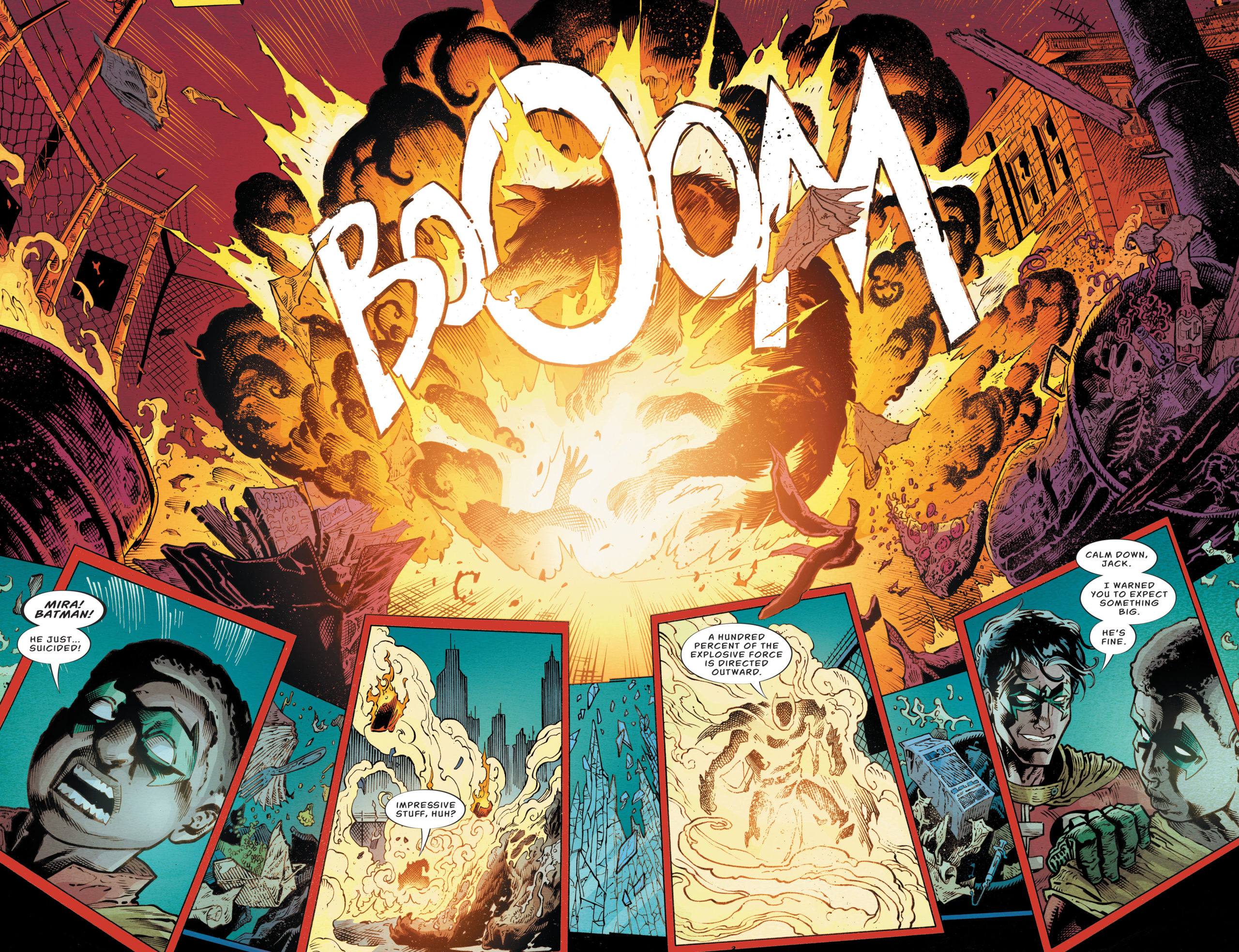 Beyond being the perfect villain for this team-up, there’s just enough of the TV series present that reminds us that Batman’s fables extend beyond comics into various media with some wildly different interpretations.

Brian Level and Jay Leisten have created a unique feel for this series as they’ve created a different take on Batman. He’s still recognizable, but clearly not any “in-continuity” Batman from the comics. The Bat-armor we see in the opening pages seems clearly inspired by the Dark Knight Returns outfit and/or the one we see him wear in the film, Batman v. Superman.  They’ve also brought such disparate concepts as the television villain Bookworm and Bigby from Fables together and made them all work. Perhaps, this issue alone is the best example as they echo perfectly the substance of Bookworm that Willingham gives in the script.

Batman Vs Bigby #4 comes together wonderfully as background details are filled in. Interestingly, Bookworm jumps out as the star of this issue as the extent of his competency is revealed. It’s also gratifying to see Batman and Bigby finally working together, even if they maybe haven’t got it all figured out just yet. What is clear though, is that the last two issues will be barn burners, because this has been the best issue of the series so far!