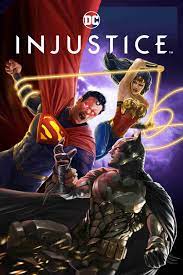 Injustice is directed by Matt Peters and stars a stellar voice cast, including Justin Hartley (Superman), Anson Mount (Batman) and Kevin Pollak (Joker). Based on the hit 2013 video game, it is the 43rd instalment in the DC Animated Original Movies line. Distributed by Warner Bros Home Entertainment, the movie is available now on DVD, Blu ray and 4K Ultra HD, plus digital platforms.

Due to its previous incarnations across 2 hit video games and three epic, multi-issue comic book arcs, it’s safe to say that anticipation was very high for the release of Injustice the animated movie. As somebody that thoroughly enjoyed both games, and has every comic book issue in my possession, my expectation levels were at fever pitch for this release. Did it live up to my expectations? Yes… and no.

Shoehorning the multi-layered plot into a 78 minute animated movie was always going to be a tall order, so it’s only natural that several key plot elements have fallen by the wayside, along with several key characters. Thankfully, the essence of the plot remains the same. 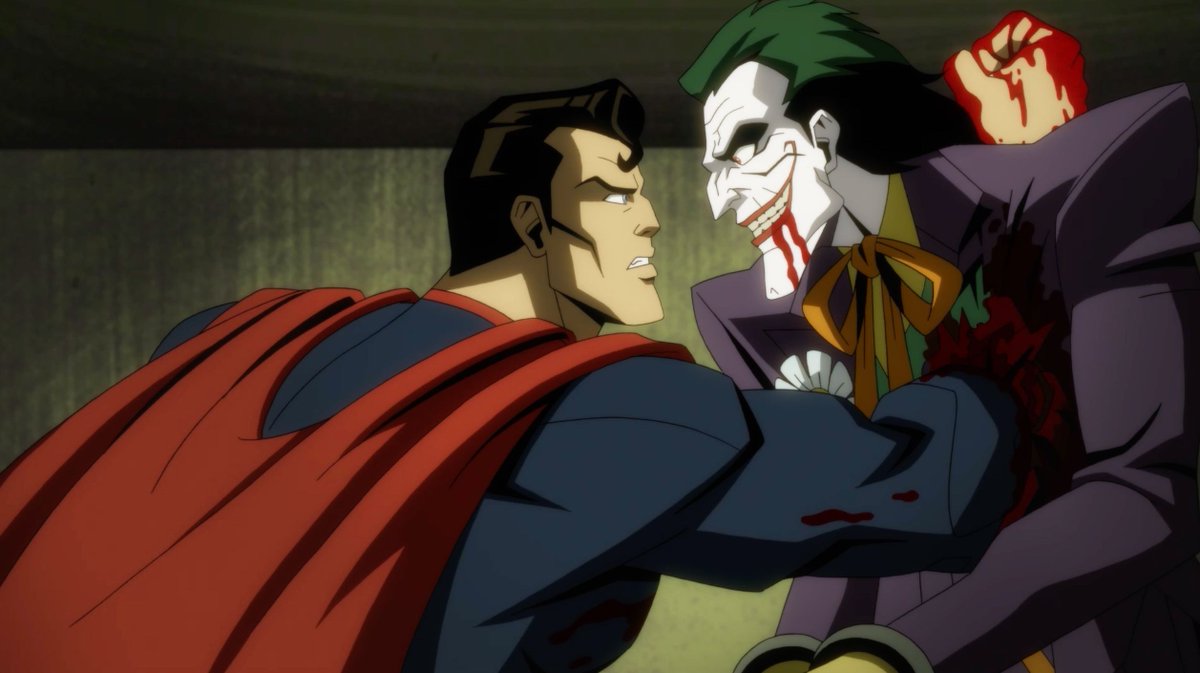 The film, set in a separate continuity from the main DC Universe, follows Superman’s descent into madness after being tricked by the Joker into killing his pregnant wife, Lois Lane, and detonating a nuclear weapon that destroys Metropolis. Acting out of grief and rage at the loss of his partner and unborn child, Superman murders Joker, then begins a crusade to bring peace to Earth. This “peace”, is obtained through force, which is sometimes lethal and without remorse. Diametrically opposed to Superman’s regime are Batman and his resistance, which sets the table for several super-powered smackdowns as both sides battle for supremacy….

Where this film truly does excel is in its action scenes. As is always the case with the DC Animated Universe, the fights have a brutal, visceral quality to them that cannot be ignored. When fists are thrown and punches landed, the impact is tangible. As characters fly through the air, fighting as they go, the direction by Matt Peters really comes into its own, with action sequences so kinetic and spectacular, they wouldn’t look out of place in a live action blockbuster. There’s something intriguing and thrilling about seeing characters that would normally be allies turning against each other, so from that point of view, the source material serves the film very well indeed. 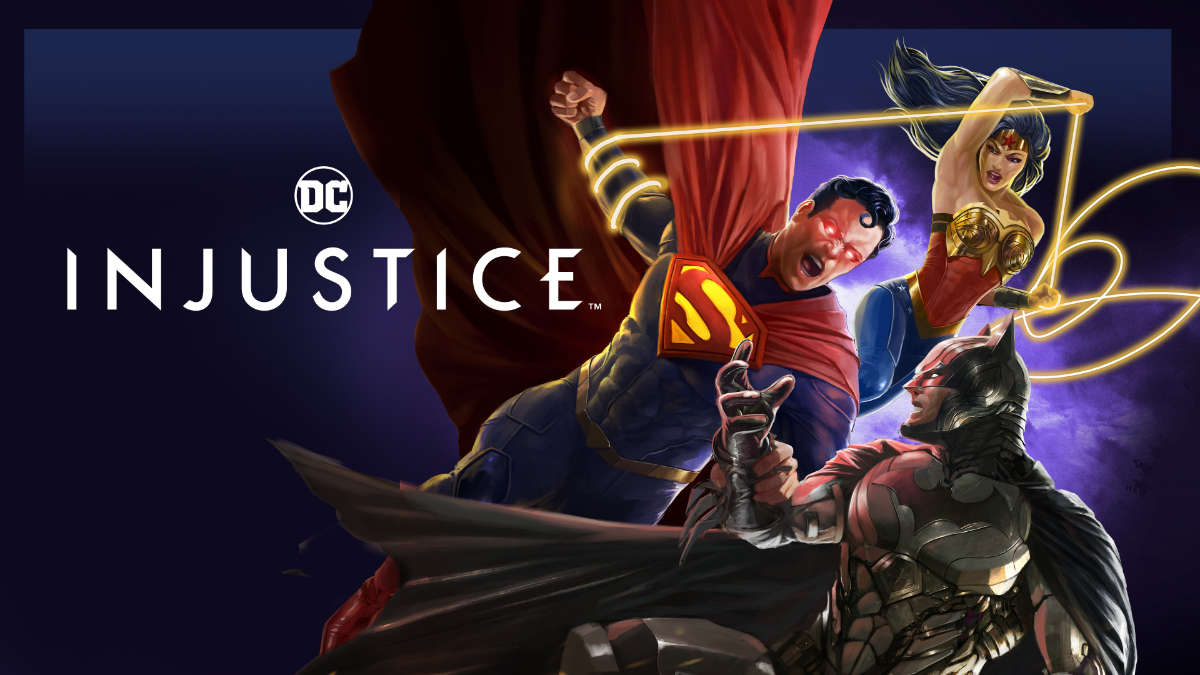 The voice cast on show here is right out of the top drawer. Justin Hartley, no stranger to DC fans due to his stellar turn as Oliver Queen in Smallville, makes an excellent Superman. His softly spoken approach and joy at the start of the film serves as a great juxtaposition to his tortured, rage-filled disposition as time goes by. As animated Men of Steel go, his voice turn is right up there.

Adding gravitas to the proceedings is Anson Mount as Batman, who perfectly captures his taciturn, gruff nature, unbending in his principles and sheer will. Whilst the ubiquitous Kevin Conroy remains the measuring stick for the voice of Bruce Wayne, Mount is a superb casting choice, as he delivers a consistent and unerring Dark Knight for this film. The performances help to give off the sense that these are two men cut from the same cloth, with similar ambitions for the world, but forever separated by tragedy. 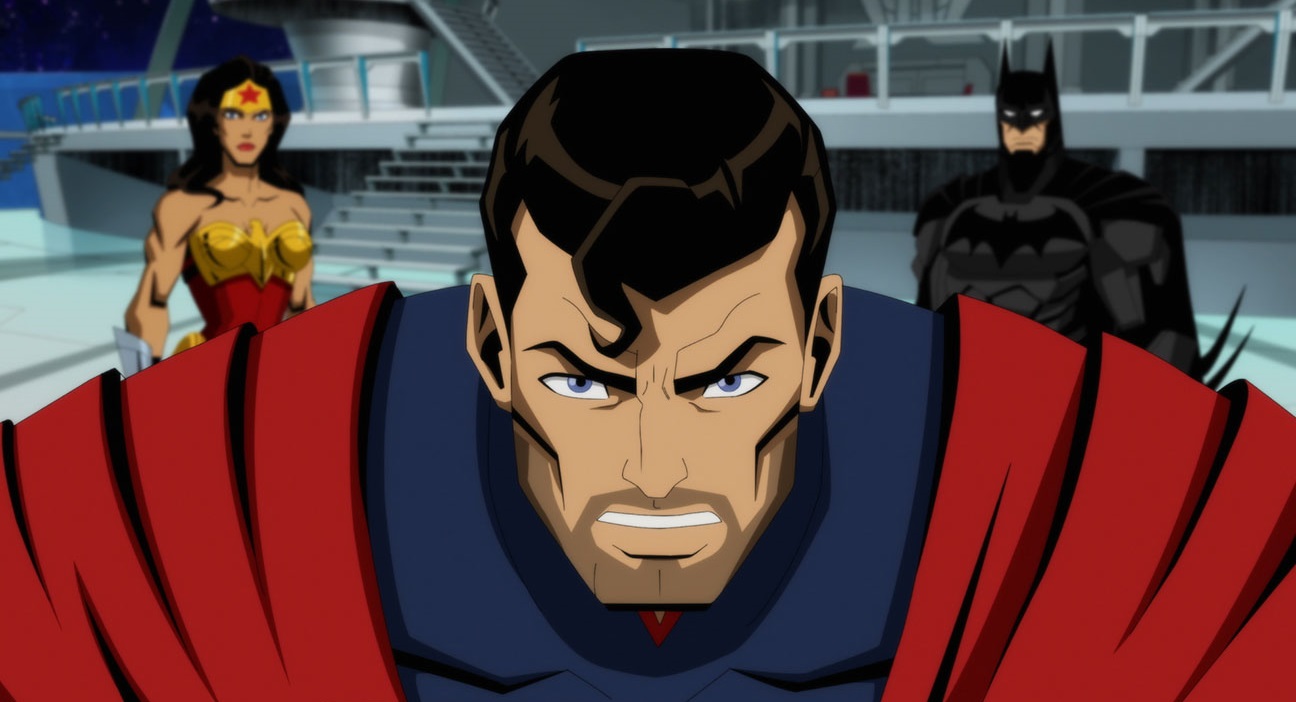 Although his screen time is relatively brief, for obvious reasons, Kevin Pollak’s version of Joker is superb. Beyond evil but with a devilish charisma and charm, his clown prince of crime is very easy to hate and someone you’ll want to see dead. It can be argued that he deserves this fate, but with the benefit of hindsight, and knowing the dark path that his demise takes Superman down, I find myself cheering his death but also wanting Superman to resist his rage and grief. That said, this act is what drives the whole narrative of this story.. so, adios Joker!

As a film Injustice isn’t without its flaws, though. Due to the running time, several characters feel underdeveloped and their deaths don’t carry the same weight as they do in the books. As viewers, we don’t get to spend enough time with them before they meet their maker. In particular, the death of a former Boy Wonder and his time in the afterlife carries little emotional impact, in terms of the toll his departure takes on other characters and their damaged relationships. The decision to also kill off a major character that avoided the grim reaper in the books/games is a strange one and feels as though it may have been done for impact and notoriety rather than to serve the story. What makes matters worse is that, once it happens, it’s never really referred to again. 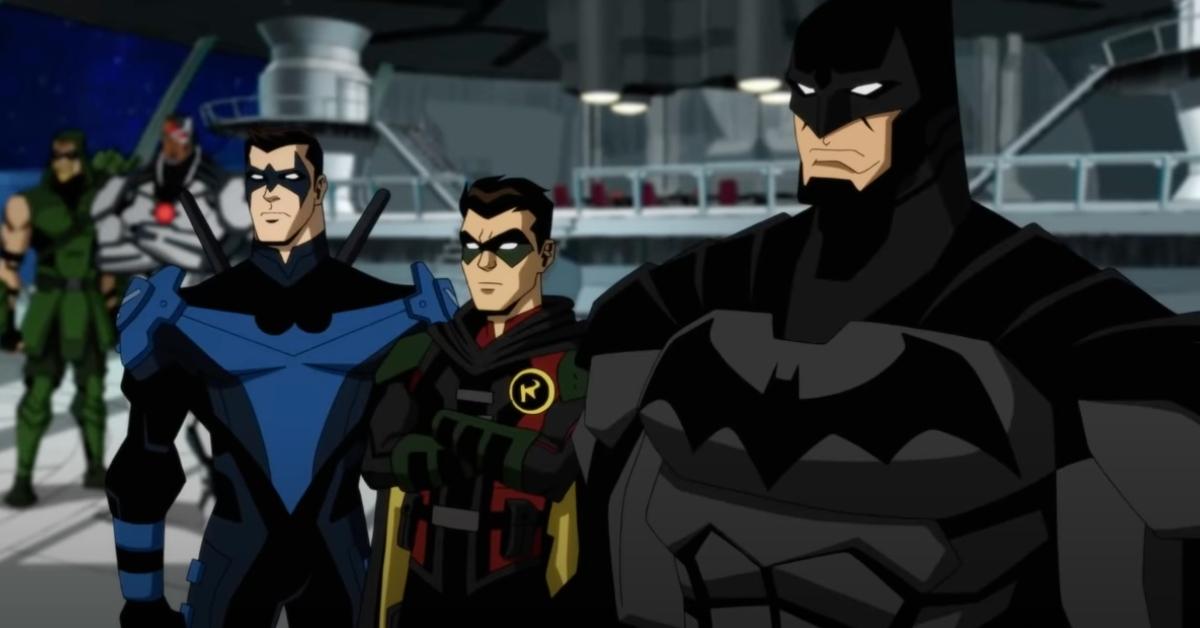 The main talking point of the film is the ending. No spoilers here, but it feels out of place and far too abrupt. Having spent the previous 70 minutes establishing Superman as a tyrant that has lost his grip on the man he used to be, the method in which he’s stopped in his tracks is somewhat unbelievable and actually jars a little, if truth be told. His complete about face isn’t consistent with his depiction up until then. In my eyes, he’s let off the proverbial hook far too easily and it makes all the deaths and violence to get to that point virtually moot.

Injustice is an enjoyable but ultimately flawed depiction of some wonderful source material. It’s well worth a watch, but may leave long time fans wanting more. There’s plenty to enjoy on the screen and will give action junkies their fix, but viewers wanting a more cerebral experience might feel hard done by. Overall, it would have benefited from a slightly longer running time and may be a better experience for fans coming in that haven’t played the Injustice games, or read the comics.