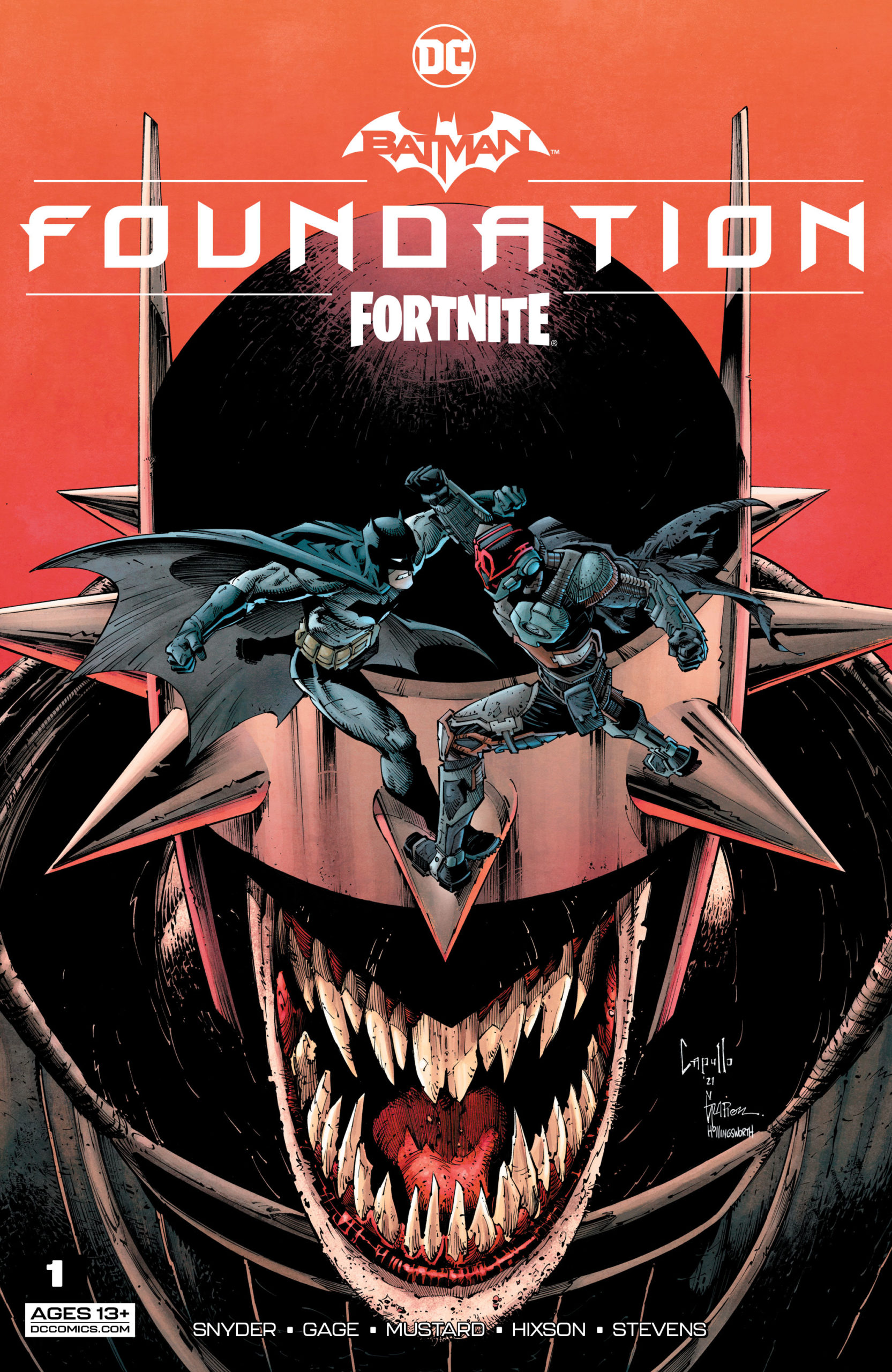 My oh my, here we are ladies and gentlefolk; swiftly sucked back into the world of the Batman and Fortnite crossover. Not long after the collected edition of Zero Point, DC Comics brings us back into that crazy world with Batman/Fortnite: Foundation #1.

Now, even the Justice League is involved! Fending off villains trying to get through the rift in Metropolis, as our favorite Dark Knight is checking out the second one to open up in Gotham City. Mysterious characters, lore dumps and exposition, and questions left unanswered. This really does continue from where Batman/Fortnite: Zero Point left off. 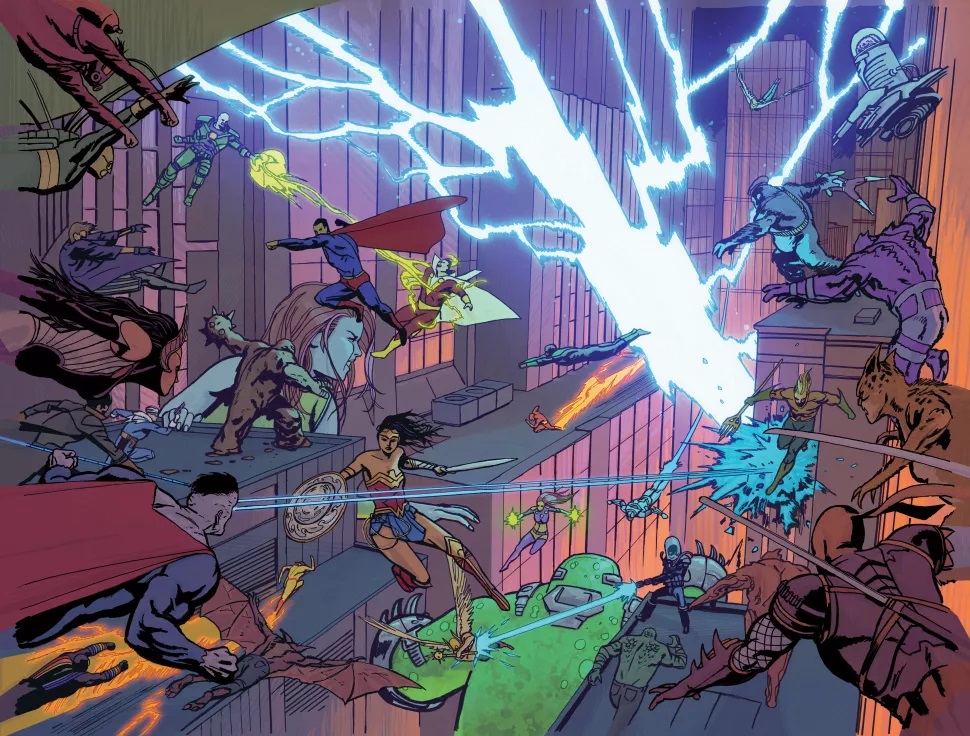 Setting Up The Foundation

Upon investigation, Batman found that it wasn’t just a rift that opened up over his city this time, someone had come through it, someone calling themselves The Foundation. A person with technology vastly superior to that of our heroes’ reality.

After a brief brawl between the duo, it’s found that they have a common enemy, thus comes into play the age-old, “enemy of my enemy is my tedious ally” scenario. Heading into Metropolis The Foundation gives Batman, and us, a nice big exposition lore dump. Zero Point was the creation of multiple multiverses, and an organization has been messing with it ever since. The Foundation leads a group called The Seven to fight against the Zero Point and the nefarious group controlling it.

He Who Had The Last Laugh

Now, bear in mind that going forward there may be some spoilers for Batman/Fortnite: Zero Point. That being said, if you’re reading this then chances are good you’ve read that too. If you have read the last installation of the Batman/Fortnite series, you know that The Batman Who Laughs is back! Not only has he returned, but he seems to be working with Lex Luthor and the villainous organization behind Zero Point in the first place; The Imagined Order. The real question is, who’s using who to achieve their ultimate goal? Only time and future issues will tell.

There are a lot of threads in play in this issue already, and it’s (hopefully) only the first one! The writing team has does a wonderful job at getting new readers up to speed with what’s happening without bogging them down in messy details. The Foundation is an interesting character, their design blends both Gotham and the Zero Point island together very well. I really like the design of the suit and the markings on the helmet.

The Batman Who Laughs is, yet again, a terrifyingly brilliant villain who’s three steps ahead of the heroes.

Honestly, Batman/Fortnite: Foundation #1 is one of the best one-shot comics I’ve read for quite some time. It gave us some answers to questions that were hanging over from the previous series, while also leaving us with new unanswered ones.

Bring on the next issue… PLEASE!