“This Shadow That Hangs” 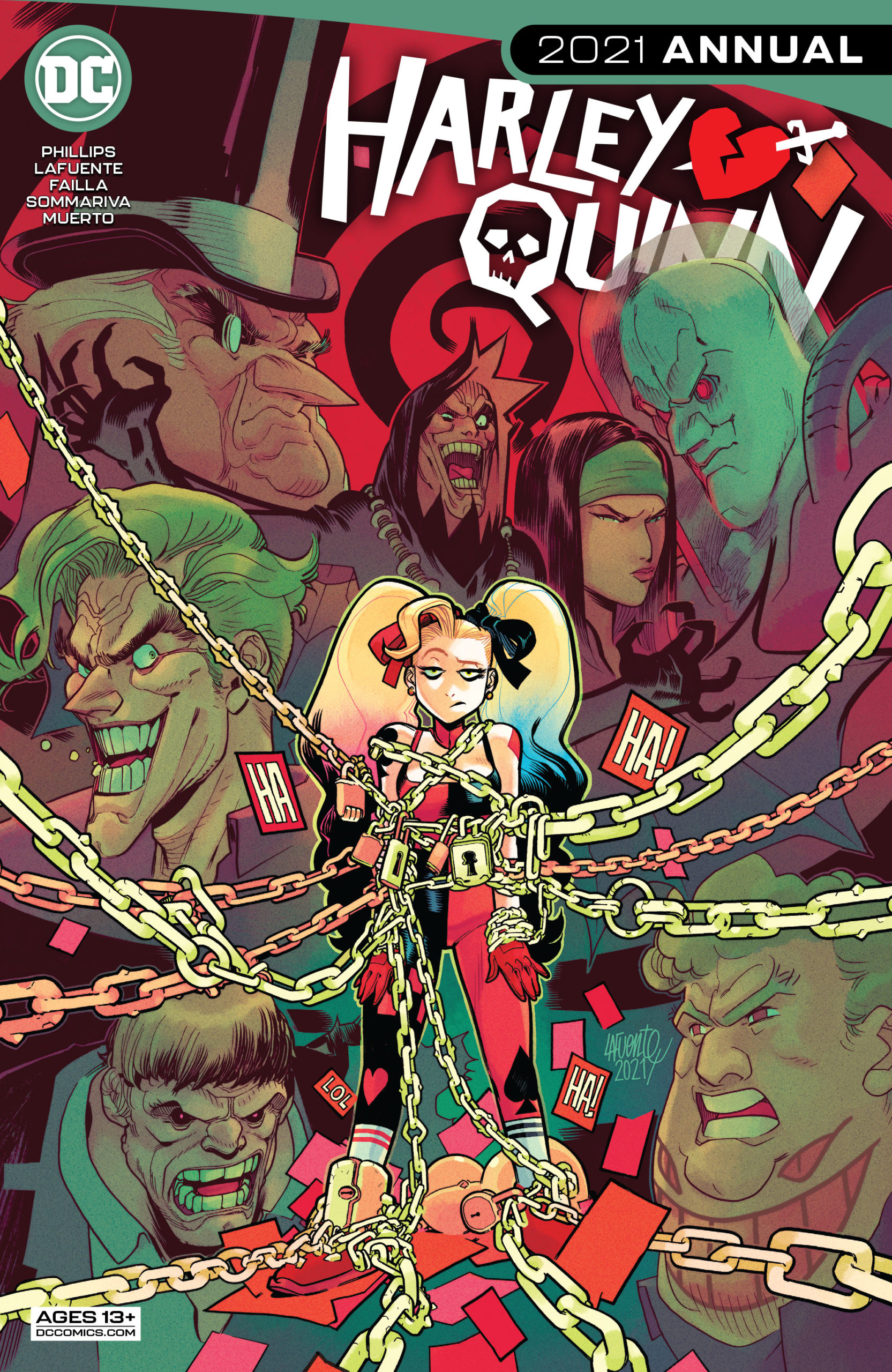 Harley Quinn Annual 2021 hit shelves this week, and readers of the ongoing series are in for an absolute treat. Not only do we get a team-up between Solomon Grundy and Kevin. But also an up-close and personal look at the new villain Keepsake too. With this oversized 42 page special, we also get a sneak peek into the coming events that will impact the Harley Quinn series in the months to come, plus another gorgeous Derrick Chew variant cover.

Keepsake has kidnapped Harley and now Kevin and Solomon are on the hunt for the Mistress of Mayhem! Going through a volley of Gotham’s most well known villains for any clue as to where Keepsake may have taken Harley, Kevin and S.G. learn many things about Eli Kaufmann. The Penguin, Cheshire, Two-Face lead them to Mr. Freeze, who may be their only hope in finding Harley alive.

Always The Bridesmaid, Never The Bride

Stephanie Phillips does a brilliant job of giving Keepsake his limelight. What could have been a generic trope of envy over not being “The Golden Boy” has transformed into an interesting scheme of revenge on a larger scale. The art team of David Lafuente, Marco Failla, Jon Sommariva, and Miquel Muerto give divine scenes of action, hilarity, and so, SO much more.

My absolute favorite scene is the reveal of what Harley wears for dinner with Eli as part of earning his apology. Harley looked STUNNING, I was taken aback completely. Definitely a look for the ages.

What the Harley Quinn Annual 2021 did was solid. It’s an integral part of the series that moved the story forward, and gave us insight into a background that demonstrated that this issue isn’t merely a fluff piece. This is an amazing comic that adds so much to the series. It left me with a smile on my face and a craving for more. I’m so excited to see what’s coming in Harley Quinn #7, as the full plan unfolds and readers get to take in what’s still to come, for not only Harley, but Gotham as well.

See you next time!