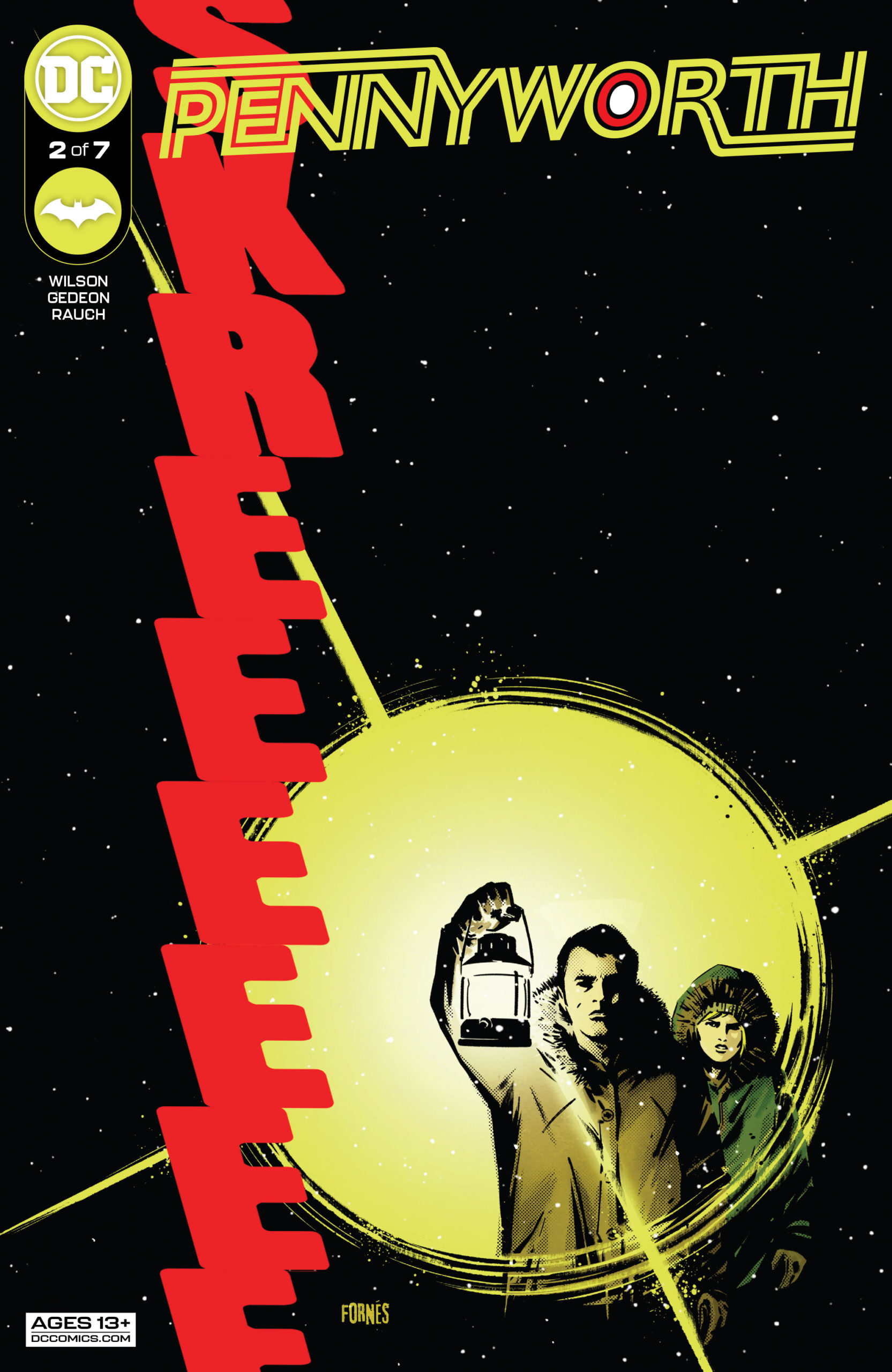 After the drama from the first issue, I was expecting great things from Pennyworth #2. It seems to be a theme throughout this series so far that we will be going back and forwards in time. Let’s see if we can keep up!

Alfie and Shirley have such a great relationship. Scott Bryan Wilson writes their interactions with real humor and fun, and the fact that they’ve nicknamed each other “Sherlock” and “Watson” is awesome. It’s even better when you realize who’s who!

Even though we see some pretty inhuman things in Pennyworth #2, getting such fun and flirty dialog between Alfred and Shirley lightens the mood. Wilson seems to have a clear idea of what he wants to accomplish in this mini-series. The first issue sets up what we need to know, and then we dive right back into the deep mystery this time around.

Although I do enjoy the element of mystery in both the past and the now, I would really like to spend some more time in the present. Current Alfred is just chilling, so I want to know more about his situation. I’m sure he does too! The way Scott Bryan Wilson links all of Alfred’s MI5 training back to his childhood is just fantastic. Not really something I would have thought about, but now I can’t stop!

Juan Gedeon and John Rauch could teach a masterclass on how to create atmosphere using images. There are so many panels where they play with shadows across people’s faces and in the background. All this adds so much more to the secret agent “we’re creeping around trying not to get caught” vibe of Pennyworth #2.

I love the looks on all the characters’ faces, they’re so expressive. You can definitely see young Alfred Pennyworth making these faces and movements on missions. There are a couple of panels in particular that I want to shout about. The ones where all we see are shadows because there isn’t a source of brightness anywhere to illuminate the characters. This is a great use of light and darkness.

We now understand more about what’s happening in the past. However, we’re still waiting to find out about the current problem Alfred finds himself in. I love what Scott Bryan Wilson is doing with the character with all the detail behind his MI5 training and even life before that. We’re finally getting into what makes Alfred Pennyworth tick.

I definitely want to stick around for the next issue, just so I can keep up with all the mysteries.