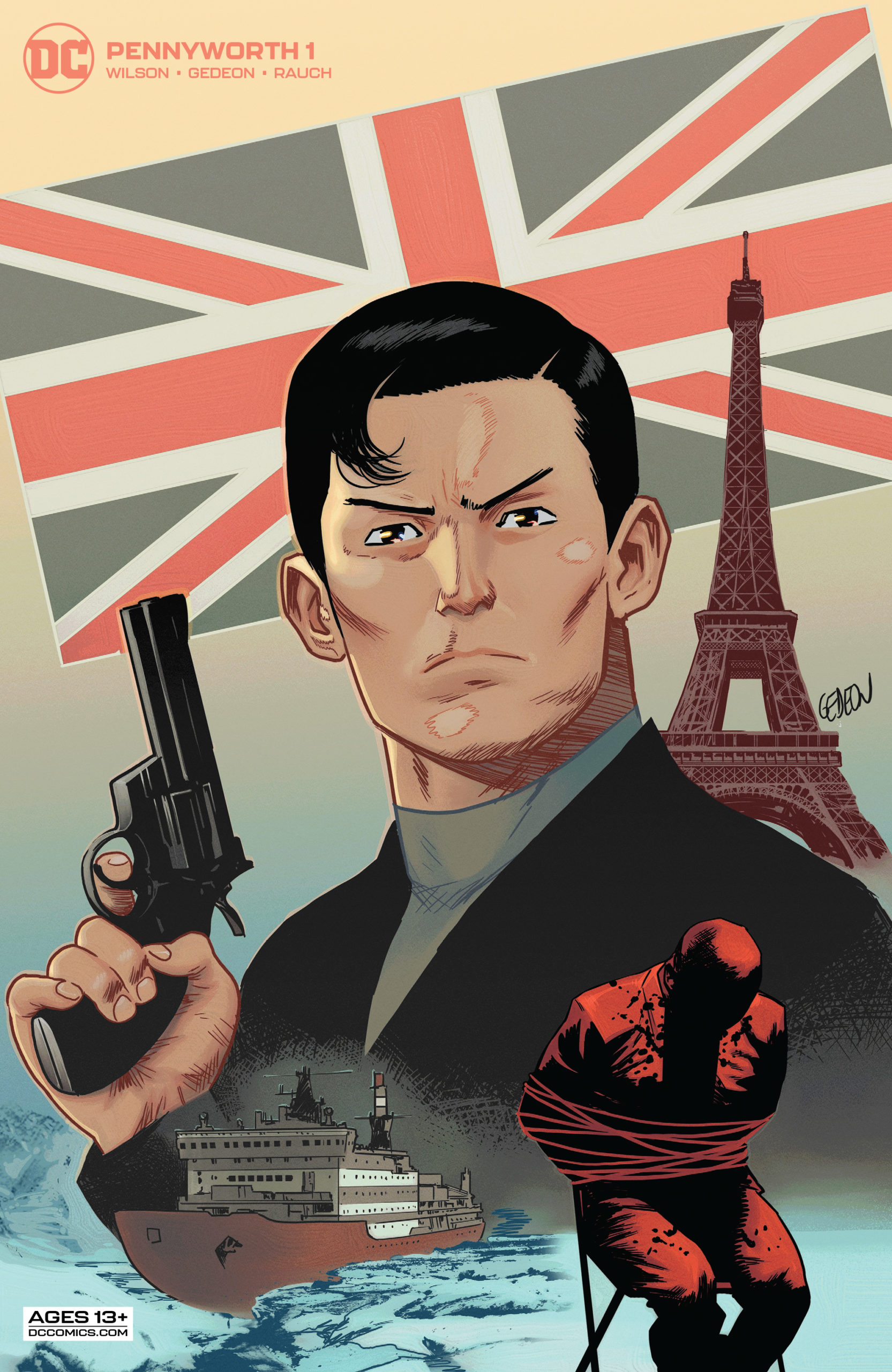 Right, just a warning. My British will probably come out a bit while I talk about Alfred Pennyworth, as I had no idea what to expect from a comic based on the recent TV show of the same name. However, Pennyworth #1 already has me excited to read the rest of this short seven issue run.

After catching up with the TV show, I’m now fully up to date with the adventures of Alfred Pennyworth, though I still seem to be experiencing a gap of knowledge, though. This first issue seems to be a little bit further in the future than the TV show is. That being said, Pennyworth #1 moved all around in time, from the recent, to the more distant past, then right up to the present. Writer, Scott Bryan Wilson really wants to keep you off balance.

Although it took me a second to understand what was happening, once I did everything fell into place quite nicely. I adore that Wilson has taken this SAS, MI5 Alfred and just run with it. We all know without a doubt that Pennyworth is a legend, and a complete [email protected]$$, but I’m glad that someone’s finally taking a moment to fill in some of his history.

The multiple layers Alfred Pennyworth has is outstanding. It seems that this man’s always going to be a bit of an enigma, and fair play to him. Scott Bryan Wilson has done a smashing job with Pennyworth #1, slowly peeling away some of those layers to let us find out more about the character. There’s a strong internal monologue, and to be honest I cannot hear it in any voice other than Jack Bannon’s, the man who plays Alfred in the series. Although to me, it seems like Wilson’s version of Pennyworth may a little more well rounded in his langue skills.

Looks like Pennyworth #1 has even more SAS vibes than we first thought! There are some awesome skills from the artist on this comic, Juan Gedeon. You can definitely tell there was some resemblance taken from characters in the TV show. There’s also a great amount of shadow and light balance by color artist, John Rauch, making everything even more mysterious and secretive, especially in some of the flashbacks. I loved all the characters’ facial expressions, which balanced the comedic, and yet totally believable, in each respective situation.

I also want to take a second to talk about my favourite little addition, as the finished comic wouldn’t have been the same without it. At the top of the pages, indicating when it was now, or then, or whenever; letterer DC Hopkins has beautifully added a special little treat for those who know Morse Code. In my opinion, Hopkins smashed it with that detail. As soon as I noticed it, I knew I wanted to stick around for more.

I have a feeling that Pennyworth #1 is barely even scratches the surface of what we’re going to see in the coming issues. The little details added by the creators of this comic have made it a must read. There are moments for any and all fans of the silent, mysterious, well loved butler. I thought I loved Alfred Pennyworth’s character before the show and this issue, but iy seems that I actually knew nothing about the man.

Stick around with me, you won’t want to miss finding out more about him in the months to come.