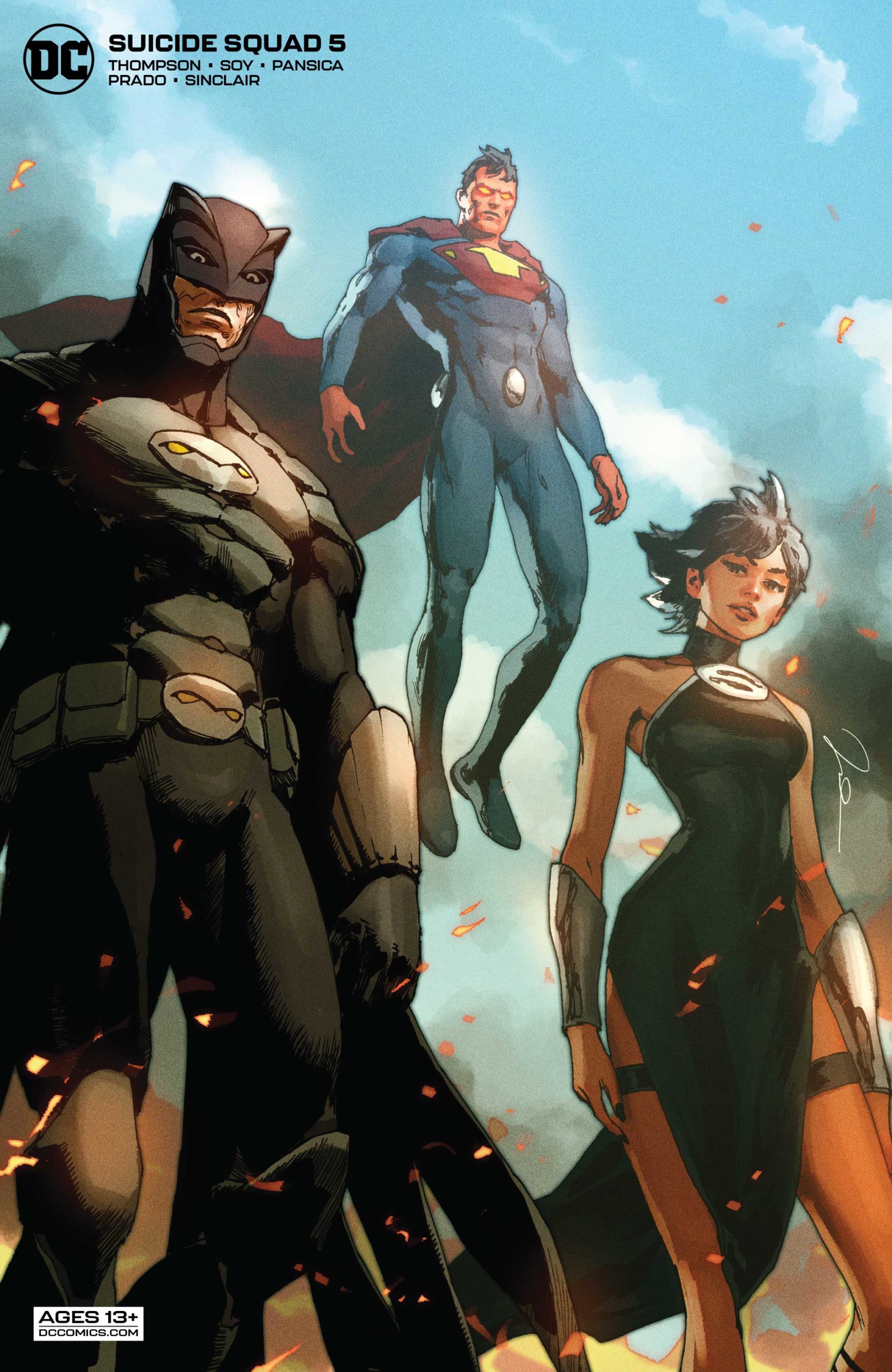 After the explosive and chaotic end we got last month, Suicide Squad #5 takes us on a new journey. This title has done wonders for my knowledge of some of the lesser known characters in DC, and this chapter treats us to a character portrait of someone I’d previously never heard of. At the same time, we get a great insight into one of my favourite locations within this universe. This is the definition of a ‘dust settling’ issue.

Bloodsport takes the reins this time, and we learn the extent of how big the reach of the Suicide Squad operation is, and how it apparently even reaches between Earths. Amanda Waller is shown at her absolute worst in this issue, and it’s incredibly satisfying to see a writing team handle a character so consistently scheming, and truly unlikeable across issues. The pragmatic attitude of a leader like that is both respectable and despicable.

Suicide Squad #5 treats us to classic superhero visuals. As we’re on another earth, the mirrored versions of the Justice League there get their representation of grand arcs; they’re still flying through the sky with flowing capes, but the people on this world are running in fear. At the same, we het the shot of our main character and his prey while on his mission, but with no background. It feels very dramatic and vintage, contrasted to the heavy lines and matte colours you’d get in an issue of today.

The characters we know and love are shown to be on uneven ground after the last issue’s events. Suicide Squad #5 leaves us wondering why this new protagonist between worlds has shown up, and what Waller can be planning. With story beats this open, and action artwork this dramatic, the title could go just about anywhere.

‘The Suicide Squad’ Stats According to James Gunn

Polka-Dot Man: “The Dumbest DC Character of All Time?”