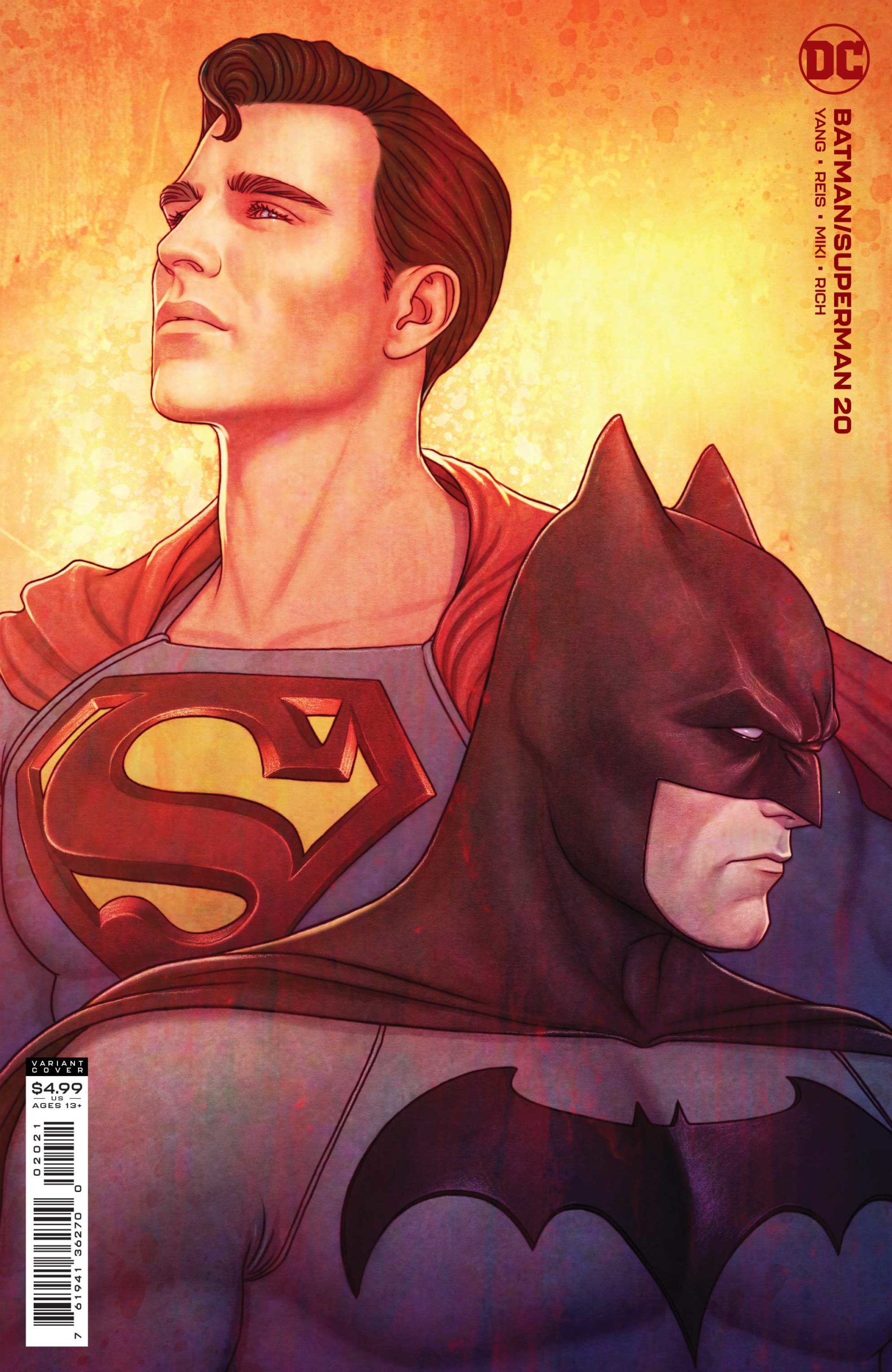 The final act approaches, as demons descend upon The World of Tomorrow in this week’s thrilling Batman/Superman #20.

Stranded upon The Wild Western World (a cinematic universe inside the Archive of Worlds), the cinematic versions of Batman and Superman square off against Auiteur.10. However, things go awry when their antagonist suddenly vanishes, after threatening to unleash a demon hoard upon the World of Tomorrow. Superman, Batman, Robin, and their newfound ally, El Diablo, must find a way to escape the Wild West World and save the World of Tomorrow before it’s consumed in flames.

As Gene Luen Yang wraps up his first (and only) arc on Batman/Superman, this week’s issue ups the ante. Yang cranks up the drama and stakes by ushering in an apocalyptic threat of Biblical proportions.

Next month’s Batman/Superman #21 will be the last issue in Yang’s cinematic arc, as Batman/Superman #22 has been billed as a one-and-done story. Sadly, that’s where the series ends. DC has canceled the title, and I have to say that I’m incredibly disappointed by this move. Batman/Superman has been incredible since Yang began this Archive of Worlds arc as it proves that when left to his own devices, Yang can write incredibly creative and fun stories. I’m hoping that DC offers him something else soon.

Return of the Reis

Iven Reis returns in this week’s issue, and I’m absolutely thrilled to have him back. Reis’ clean, smooth aesthetic was a real boon for this title, and it’s absolutely wonderful to see him draw a demonic army razing a city. Reis does a great job of capturing both the micro and macro levels of horror inherent in Yang’s script. The two-page spreads and long shots showcase the sheer level of devastation present in this book. Also though his close-ups are great at revealing the terror certain characters are experiencing as all hell breaks loose. This is specifically true for the a great scene featuring Dick Grayson. In fact, that scene would not have been quite so moving if it weren’t for Reis’ visuals. Once again, this artist has proven to be one of the most talented creators working for DC. Like Yang, I hope they give him more work soon.

Batman/Superman #20 is once again another fantastic issue, in an absolutely stunning run. Yang continues to knock it out of the park while Reis, as usual, brings his A-game. Overall, I’m expecting this arc to be a touchstone for many, as it’s a borderline masterpiece. I’m excited to see how everything ties together next month.

Final Verdict: savor every panel of this title, for it won’t be around much longer.

Batman: One Dark Knight By Iconic Writer and Artist Jock Is Coming To DC Black Label