Tim Burton’s Batman was released 32 years ago today (June 23rd, 1989). While it’s not the superhero film that truly set things in motion and many are held to (that honor goes to 1978’s Superman: The Movie), Batman ’89 showed comic books can be taken seriously. That’s right kids, decades before Christopher Nolan’s take on The Dark Knight, Batman was the serious take.

Before Burton and Michael Keaton’s version of the character, most of the world only knew Adam West’s portrayal, from what we all now know as Batman ’66. West’s version was decisively more campy and lighter in tone. Yes, Richard Donner’s Superman is also a serious take on the character, but the boy scout is inherently more light-hearted than the Dark Knight. 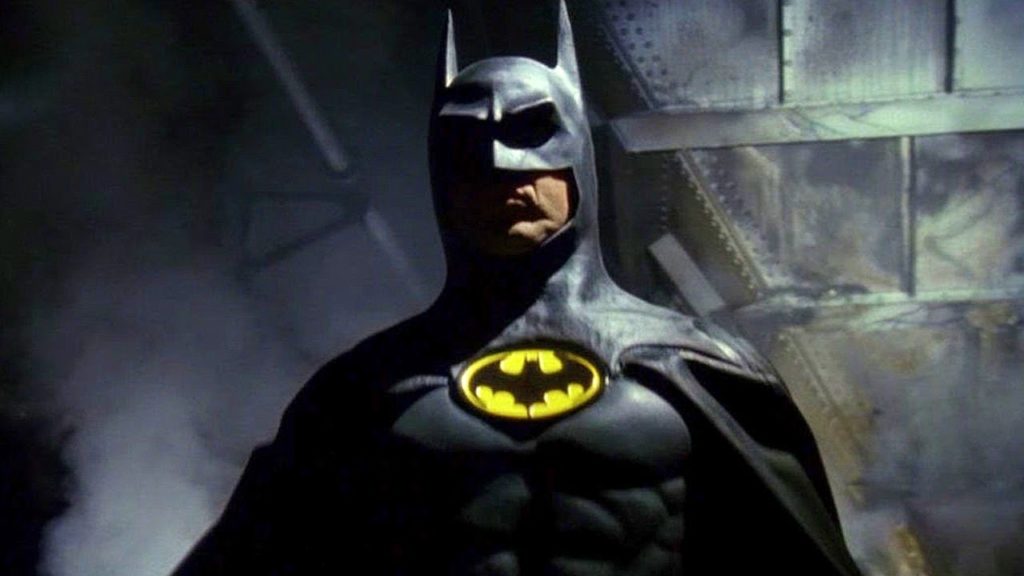 A brief synopsis of Batman ’89:

After a falling out between the two criminals, Grissom has Napier set up with the GCPD at Axis Chemicals. He falls to his apparent death in a vat of chemicals during an altercation with Batman, though, he soon reappears as The Joker and starts a reign of terror in Gotham City.

This, and the entire plot really, set up an entire generation that has vehemently defended Michael Keaton as their Batman. Having watched the film countless times, it’s hard for me to separate my personal feelings for it from an objective, journalistic view. One could say writing about the film on a Batman fansite would make it nearly impossible to be objective. That said, and keeping the conversation within the tight circle of “Batman films”, I feel that taking the stance of Michael Keaton being in the top three of Batman actors is an easy stance to take. When it comes to live-action, for me at least, Keaton sits in the number one spot. It could be argued that plenty of people agree with the overwhelmingly positive reaction to Keaton stepping back into the role for The Flash.

It’s not just the darker/serious tone and Keaton’s take on Bruce Wayne/Batman that makes Batman a special film, even 32 years later.  The film’s villain shared the spotlight and set the standard for The Joker. 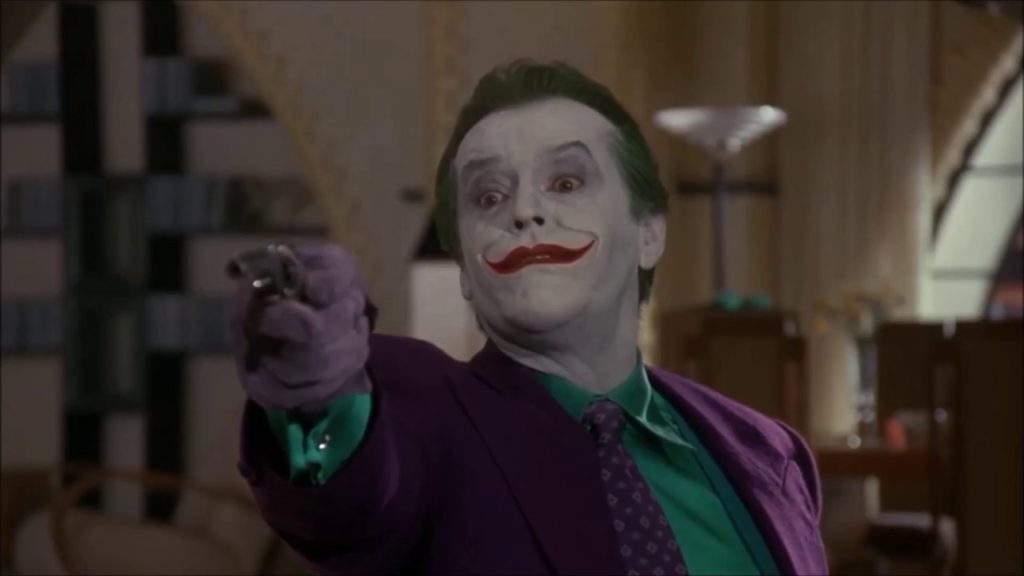 Have You Ever Danced With The Devil In The Pale Moonlight?

Jack Nicholson may not have been the first to portray The Clown Prince of Crime, but when it comes to live-action, he set the standard. We’ve seen the likes of Heath Ledger, Jared Leto, and Joaquin Phoenix bring the character to life, with varying degrees of success, and each time we look to the past as the standard. Sure, Ledger is part of that standard now, but Nicholson is too. In fact, he’s not just part of it, to my mind he defined it.

Batman ’89’s legacy has lasted 32 years for a reason. The cultural impact of this film was, and still is, huge. There was an interesting tweet that came across my timeline in the last week or two that put the question forth: “What film has had the biggest cultural impact?” The four contenders were Superman, Batman, Spider-Man, and Iron Man.

IT’S ON! What film has the BIGGEST CULTURAL IMPACT?

A panel of great thinkers and some wrong ones will solve this once and for all!

I’m not sure what the panel came up with as an answer, but I sat with this question for a few days. It’s still on my mind, as each film has its own claim to the title. In a way, they each rely on their predecessor, making the choice pretty obvious. However, I lean towards Batman. Without Burton, Keaton, and the entire team taking it so seriously, we don’t get to X-Men, Spider-Man, and eventually Iron Man and the entire MCU. Not the way we know them today at least. 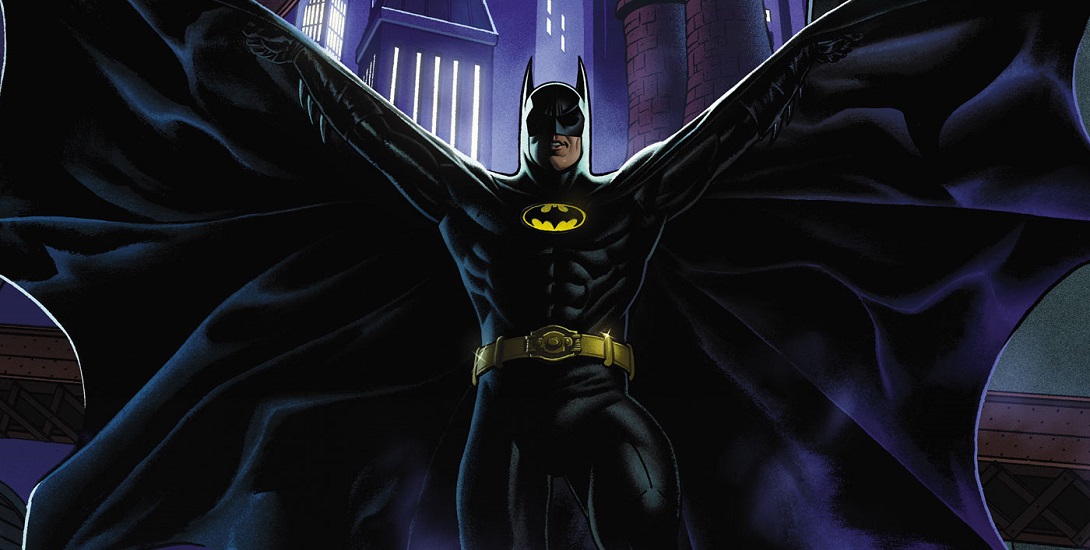 While every movie should be fully judged by the individual viewer, it helps to look at rankings and box office to get an overall feel for the film. According to Box Office Mojo, Batman is still in the top 10 films for domestic earnings of DC branded movies; sitting at the number 9 spot. Some interesting films it’s beaten at the box office domestically include Justice League, Batman Begins, Shazam!, and Watchmen. Taking it a step further, to account for inflation, Batman has actually become the number 2 film, with The Dark Knight beating it to number 1.

Box office numbers only tell a portion of the story. As of this writing, Batman ’89 holds a 71% Tomatometer score and an 84% audience score on Rotten Tomatoes, sitting at the number 20 spot. This is based on the Tomatometer score of all 45 DC branded movies on the list. If we keep it to live-action and traditional superhero movies, Batman sits at around the number 12 spot. I’d be curious to see what that ranking would look like based on the audience score; it would almost certainly tell a different story.

At the end of the day, numbers aren’t super important; yes, they help tell the story, but Batman has cemented its place as a comic book movie. Mostly loved, even 32 years later, the film started the tradition of people initially not liking the choice of who was going to put the cowl on, just for them to end up loving the portrayal after the fact. To the point where the debate of “who is Batman” has spilled into pop culture (it’s only a matter of time before scenes include three generations debating the bat-adventures of Michael Keaton, Christian Bale, and Ben Affleck).

James Gunn Has Some Ideas For A DCEU/MCU Crossover