James Gunn Has Some Ideas For A DCEU/MCU Crossover

James Gunn is not just a man of two worlds, he actively walks between them. He’s not the first person in the film to work on both Marvel and DC films, but he’s the only one to be working on projects for both studios at (about) the same time.

Just before Christmas, Gunn was asked what his dream Marvel/DC crossover project would be. He had an answer, and with little to no surprise, it involved the franchises he’s working on for both companies. Though, it’s the characters from those franchises that may surprise you: 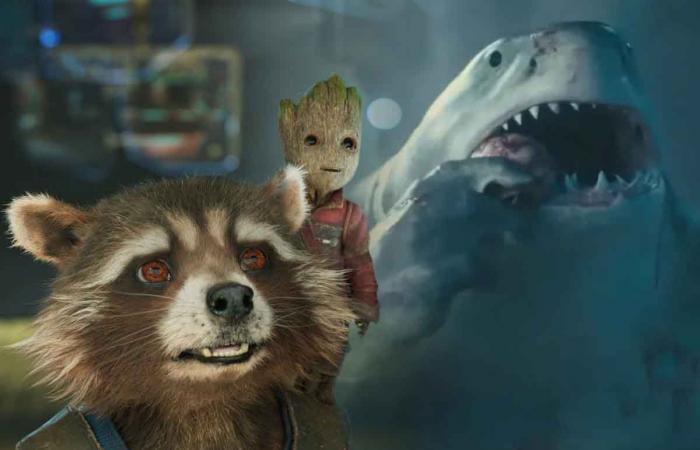 The audience knows Rocket and Groot pretty well, and if anyone has watched The Flash on The CW, you may have an idea who King Shark is, but Gunn’s version of the character seems to be somewhere between The Flash’s version and the animated version seen in the Harley Quinn Animated Series. Weasel is an unknown factor, but based on The Suicide Squad footage we’ve seen so far, he seems like a perfect member for that quartet.

The topic came up again, and Gunn had more to say on crossovers in general:

I find it disconcerting at times that many folks seem more interested in crossovers, cameos, references & post-credit scenes than they do the actual story & characters of a specific film! When making a film I spend 99.9% of my time thinking about story & character & .1% the rest.

Most surprising though is that the director has “casually” talked to both Marvel and DC about a crossover:

I’ve casually talked to the powers-that-be, at both Marvel & DC about it. I would love for it to happen. I don’t think it’s likely, but I don’t think it’s an impossibility either. THAT SAID, just constantly seeing crossovers & mashups is less enchanting to me than a strong story.

James Gunn To Unite The World 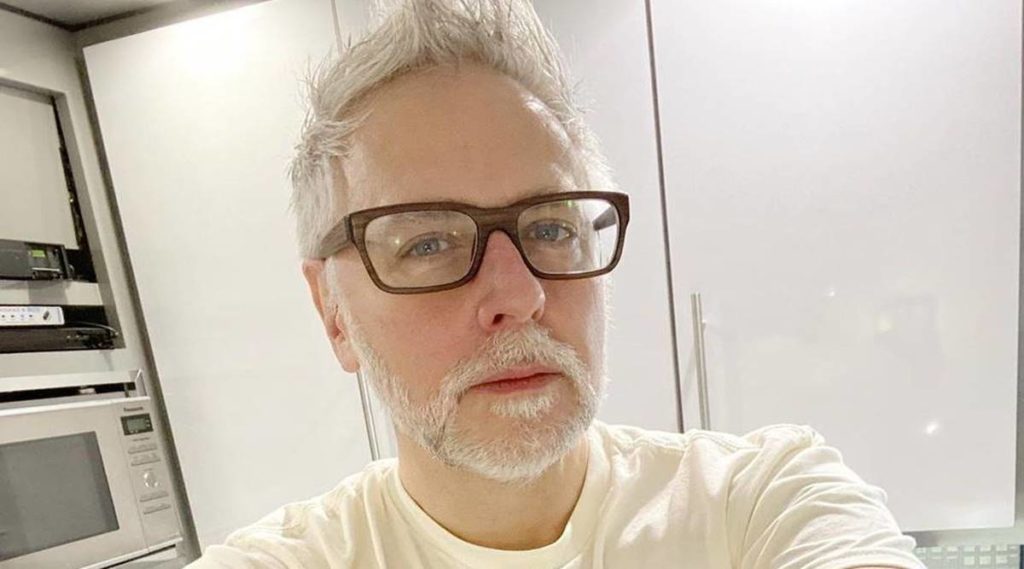 Marvel and DC have crossed over in the past in comics, but it’s always been a pipe dream to see it on the big screen. While the idea of Gunn crossing over his existing work in the MCU and DCEU is interesting, I’d love to see the director tackle some new characters in the process. Sure, he works well in the wonderfully weird worlds of GotG and The Suicide Squad, but I believe he could bring something to other characters in both companies.

My gut reaction pick on the DC side of the table would be to see Gunn take on the Man of Steel. Due to no fault on Henry Cavill’s part, for me the latest big-screen iteration of Superman took itself too seriously. There were also decisions made in the script for that character that just didn’t feel very Superman, in my opinion. A filmmaker like Gunn could bring us a modern-day Clark Kent/Superman story that showed us why the character was inherently good and the best of us.

On the MCU side of things, it’s a bit harder to find a character the feels like they’ve been shafted. The leaves us with what would pair well with Gunn’s Superman. The easy answer is Captain America, though I think he would need to be just one component of the movie, not Marvel’s feature player; that should fall to Spider-Man. The web-slinger has a neat relationship with Cap that I think would translate very well to Superman. With all the power Peter has, he still looks up to these other heroes that can seemingly do so much more. That feels like a really great dynamic to have between Spidey and Supes.

With these fun ideas for an MCU/DCEU crossover, it’s hard to believe that it could be an actual possibility. How did we get here? 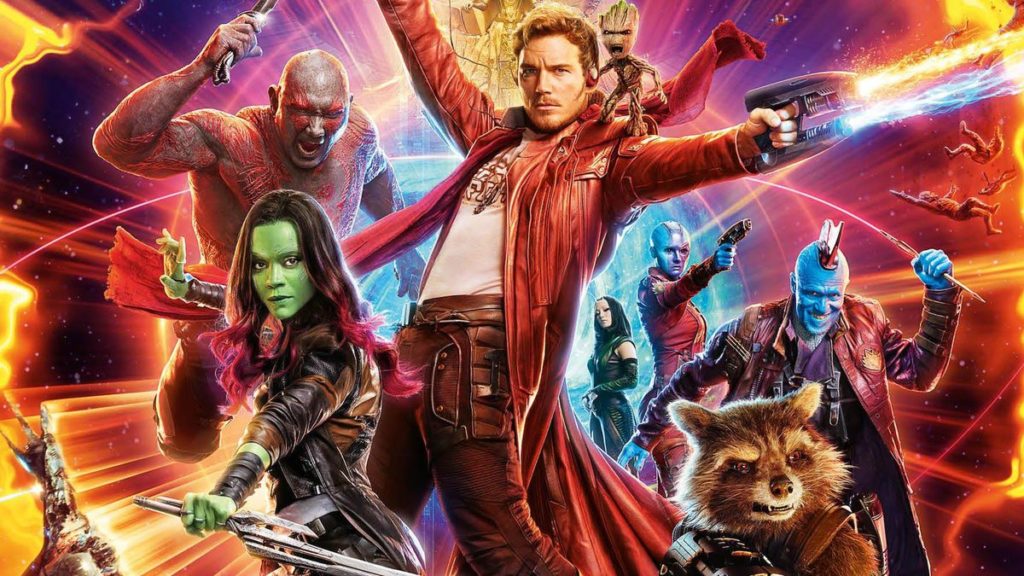 Gunn brought the Guardians of the Galaxy to life while working in the MCU. It was the studio’s first big questions mark, having largely worked with known (to various degrees) characters, but the Guardians? Who were they? There’s a talking raccoon and a tree? It was a gamble, but with a stellar cast, a tight script, and the visionary Gunn at the helm, it was a smash hit. It led to a sequel and the characters were an integral part of both Infinity War and End Game. All that’s left is to wrap up their story in Guardians of the Galaxy: Volume 3.

Then Gunn was fired by Disney for ancient social media indiscretions, but that’s a whole thing for another discussion. This left a huge hole for Disney and Marvel to fill. In the meantime, their Distinguished Competition was struggling to find its footing with its own cinematic universe. With the backlash Disney was receiving for letting Gunn go, Warner Bros. and DC Comics saw an opportunity. 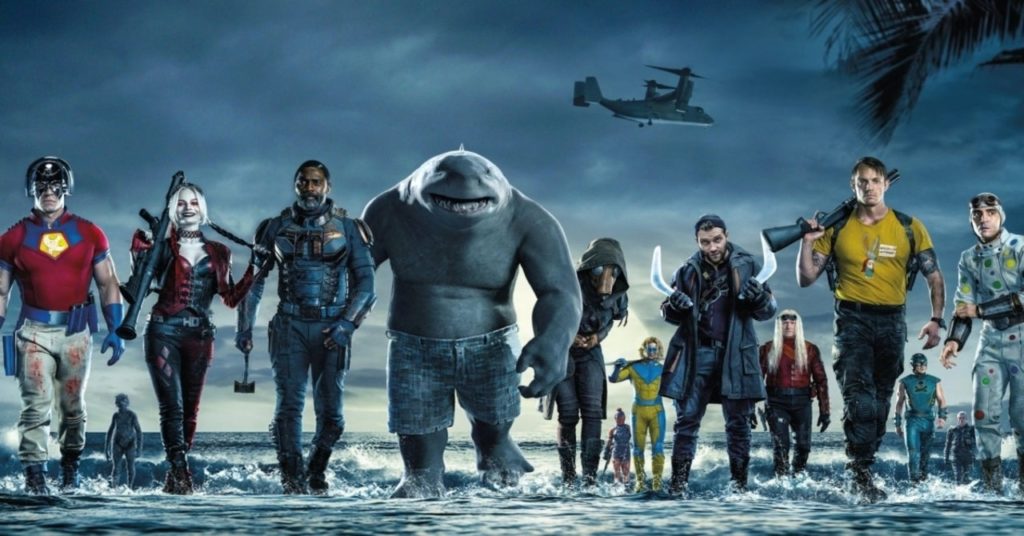 A few months after Gunn was let go by Disney/Marvel, news broke that he’d be writing/directing The Suicide Squad for Warner Bros./DC. It made sense, a group of misfits? Heck, the first Suicide Squad movie even tried to capitalize on Guardians’ success, but it’s not just that it’s a group of misfits that made sense for Gunn to move that franchise into the future, it’s that specific group of misfits. There’s something inherently insane about the Suicide Squad that can lead to some crazy/messed up stuff. Gunn was made for crazy/messed up stuff. As an MCU fan, it was sad to lose Gunn, but as a comic book movie fan, it was exciting to see Gunn join the DCEU.

Then Disney rehired the director for Guardians of the Galaxy: Volume 3, which meant that Gunn now walked between two worlds. Now he was working on The Suicide Squad and had been rehired for the conclusion to his MCU trilogy. How would he work on both franchises?!? Luckily, he had already completed the script for GotGv3 before his firing. Marvel also agreed to postpone filming their movie until Gunn had completed his DCEU project.

Gunn’s work for both companies doesn’t stop with these films either. The pandemic gave him time to write (and go into production on) an HBOMax spin-off series for The Suicide Squad: Peacemaker. When he does get to work on GotGv3, he’ll be concurrently shooting the Guardians of the Galaxy Holiday Special for Disney+.

All that’s left to to say is that if anyone can make a DC/Marvel movie crossover happen, it’s James Gunn.