“The Second Signal”, “The Abyss”, “Opening Moves”, “Like Monsters of the Deep”, “A Thousand Words” 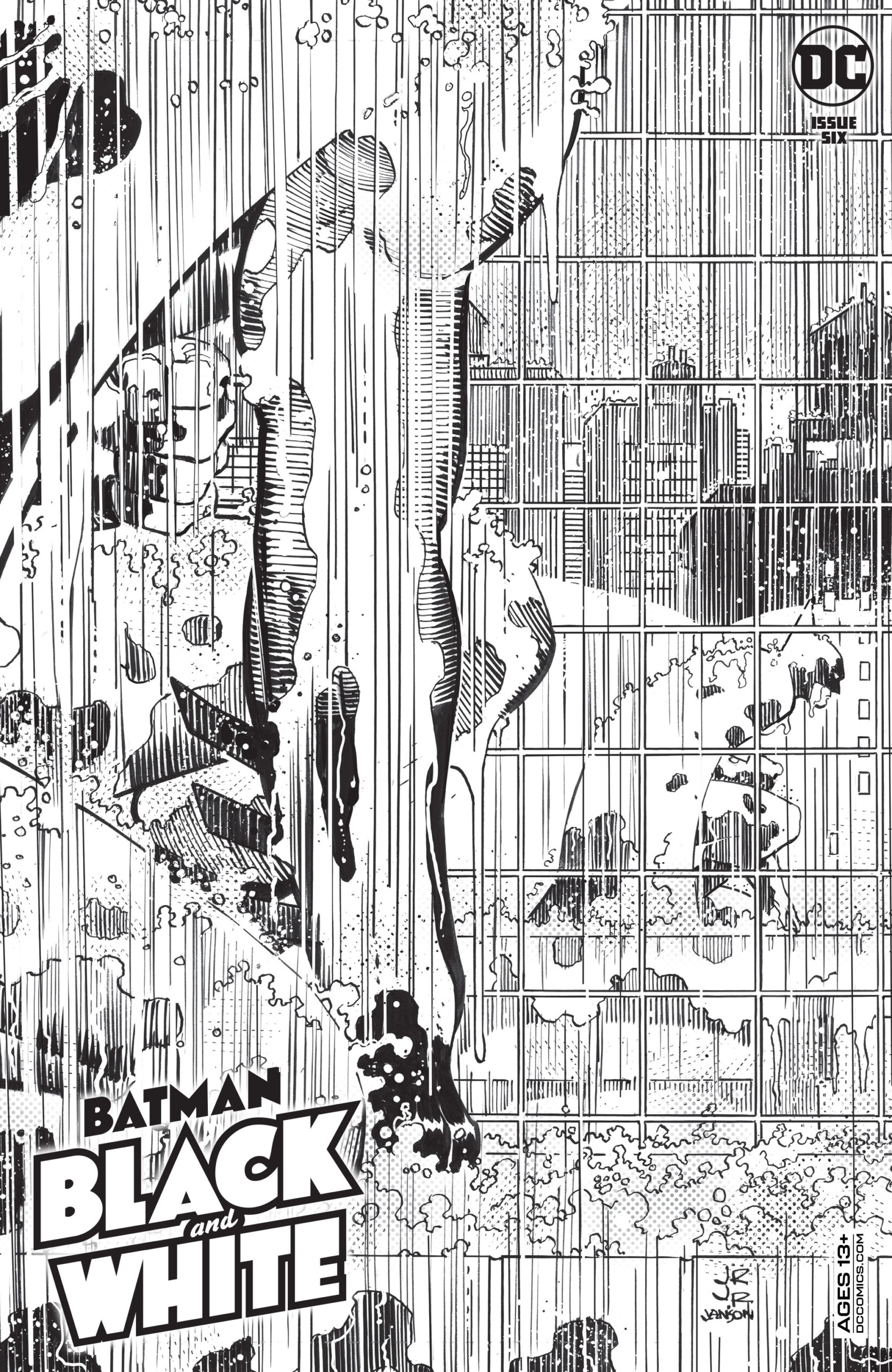 The final issue of Batman Black & White is upon us and it’s been a wild ride. Save for issue 3, this series has been hit after hit. Not accounting for what I called a “quieter book” with issue 3, Batman Black & White has received an average of a 9.5 rating with me. This final issue brings some heavy hitters, both in the talent involved and in the stories told, but does it stick the landing?

Let’s just get this out of the way now – I love Michael and Nathan Rook. I hope these kids find a future in the Bat mythos down the road. I’d be down for Batman with two Robin sidekicks!

These two teenagers live on “The Hill”, a predominantly Black neighborhood that’s frequently and sadly overlooked. They need Batman’s help, but since his number’s unlisted, they do the next best thing – build their own Bat-signal. While this may not be the moment that I started rooting for the Rooks to become Robin someday, it proves that they just may have what it takes to hang with The Dark Knight.

They signal Batman for help about members of their community who have gone missing. Successful in their attempt, Batman assures them he’ll take care of it. From there, the story basically goes how you’d assume Batman chasing down a villain would go… mostly, there’s a neat twist at the end (and it’s the moment you root for a future with dual Robins).

I really loved this story from Brandon Thomas. It felt like a complete Batman adventure with, despite the limited pages, fleshed-out characters. Again, I want to see Michael and Nathan in more stories down the road, because Thomas delivered on them.

Khary Randolph’s art is so good in almost every aspect. The lone exception? The caped crusader himself. It was a unique take that doesn’t necessarily look bad; in fact, I like nearly the entire design. I’ve never been a huge fan of Batman with claw-like fingers.

Batman Black & White #6 offers one of the most experimental art styles in the series with Elsa Charretier’s work on “The Abyss”. While the overall style is a bit too “indie” for me, I do like how the look of Batman changes along with how he’s viewed by our three protagonists. Charretier is definitely onto something there and I would love to see this concept, written along with her partner Pierrick Colinet, explored more.

Three characters are recounting their encounter with Batman as he battles Man-Bat. Two of them, an elderly man and a police officer, were together when the battle started and they each see Batman very differently, and each have a unique perspective on The Dark Knight – one views him as heroic and the other as reckless. The third person is a child who’s a fan and views him through what I’m calling the “Adam West” lens. When Batman and Man-Bat fly through the child’s window, his perception changes. Batman is no longer a fun hero, he’s… more complicated than that.

“Opening Moves” is the only story in Batman Black and White #6 that features a writer/artist and I’m kind of glad it is; there’s no one else in that dual role to compare him to this issue. Nick Derington brings his all to this story – an exciting and emotional story, alongside art that works both in a lot of darkness, and contrasting dark with light backgrounds.

The concept of Derington’s tale is cute, despite how it ends. It introduces us to the Chessmen Blanc and the Chessmen Noir. These groups feel like a classic part of Batman’s rogue gallery and it’s honestly quite shocking that this is the first time we’ve seen them. The concept is brilliant and I hope to see them again in the future.

John Arcudi delivers a heavy story about girls that have been getting kidnapped off the streets. Batman works alongside one of his rogues (revealing who they are would spoil this story) to find them. As one would expect, things don’t go well when push comes to shove. The resulting fighting almost neglects the storyline that was initially set up, but Arcudi does find a way to wrap up the story by its final panel.

James Harren’s art hits in some interesting ways. Every panel with the rogue is wonderful. They’re drawn exactly how you’d like to see them, and Harren’s panels that lean into the horror side are ::chef’s kiss::. His Batman seems big and goofy up close, though looks normal from afar. Some of his other human characters lean closer to “cartoon” than “horror” which doesn’t contrast well. That said, none of this takes away from the overall story.

This was the story I was looking forward to the most; not just in Batman Black & White #6, but the entire series. Scott Snyder is one of my favorite writers, particularly when he’s writing Batman. While each story in this issue carries an emotional weight, Snyder and John Romita Jr. save the absolute best, and most emotional, for last.

I’m not sure what it is, but short stories that barely feature Batman are some of my favorites. Snyder tells us the story of “Shutterbat” – once a forensics photographer for the GCPD, turned photojournalist. He’s made a career out of taking pictures of the Dark Knight (don’t get stuck in the logistics of how it’ll ruin the story), and it’s a story of hope that Snyder and Romita tell wonderfully together.

Batman Black & White #6 closes this anthology series beautifully. Offering what may be five of the best stories to come from this series in one issue, I couldn’t have asked for a better way to end on. Emotions ran high this month, but it was worth every minute. I hope to see many more stories from these creators in the future; as they’ve all added something special to the mythos of Batman.