“Leaping Into The Light” – Part Four 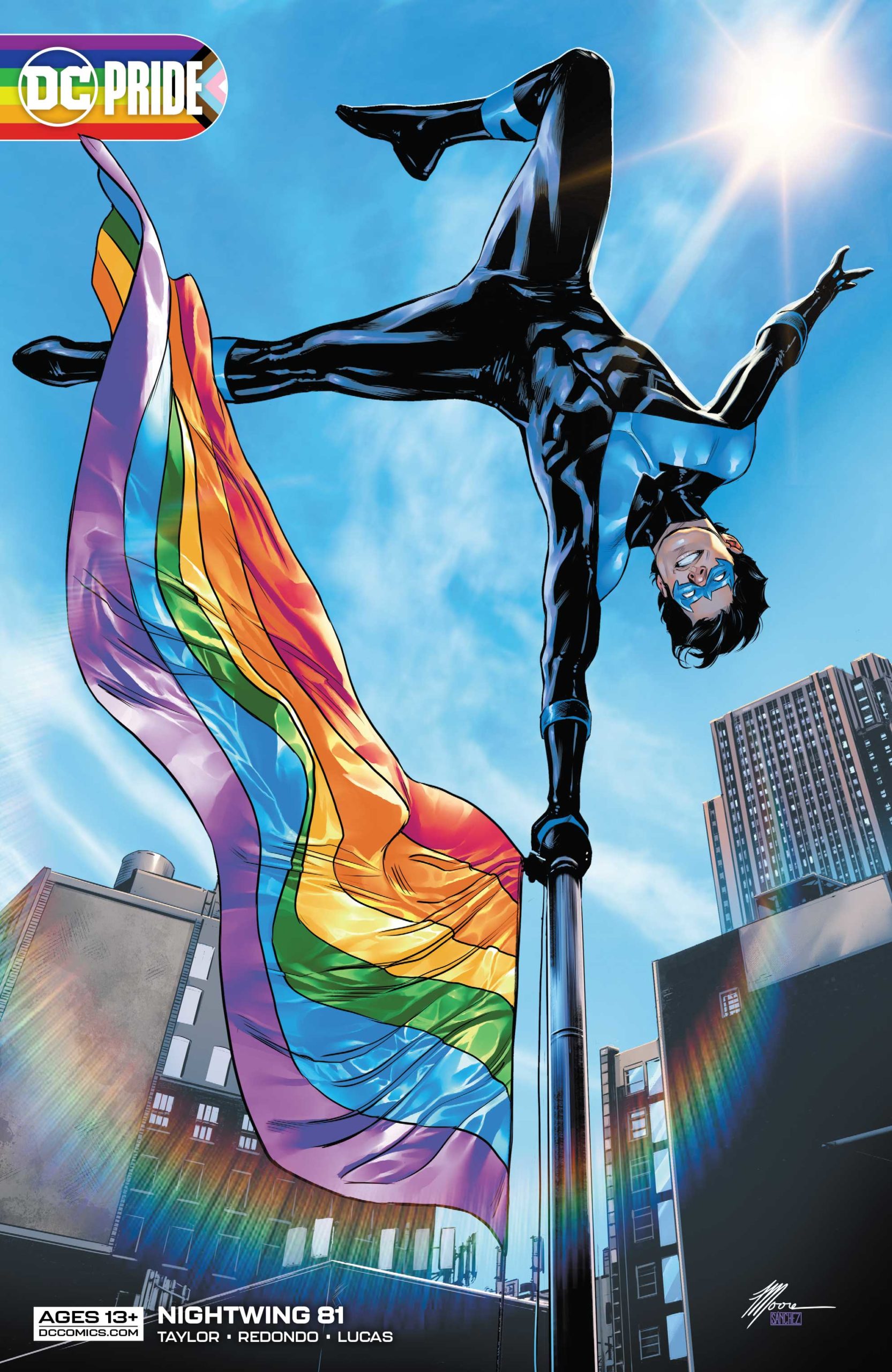 Nightwing #81 is a 100% bonafide winner. I don’t know how Tom Taylor, Bruno Redondo, Adriano Lucas and Wes Abbott do it every month, but they continue to make me smile, laugh, and think, every single issue. This team lays on the action, the characterization, and the emotion and make it look effortless. Trust me, making things feel so simple is damned hard!

First of all Nightwing is portrayed perfectly by this team; smart, fast, agile, hilarious, and just a little cocky. His long-awaited showdown with Heartless delivers the most disciplined, trained, observant and downright badass Dick Grayson I’ve ever witnessed.

I also love the trait he shares with his mentor; he’s formidable, but not infallible… hey, he’s only human, right? The pay-off is that it’s this humanity that makes him sympathetic, believable, and – yes, I’ll say it – lovable.

We’ve already seen that some days you just can’t rid of bomb, and we know that the Marv Wolfman and George Perez of Blüdhaven run the best Pizzeria in the city. In Nightwing #81 we see a classic Bat-Meme on Barbara’s T-Shirt, and witness Tom Taylor’s love and respect for all the Nightwing creative teams that came before him. Ships ahoy! Genius.

Speaking of genius. Bruno Redondo and Adriano Lucas are absolutely killing it with the art in this series. We’ve already seen the Nightwing’s Escrima sticks double for trapeze style bat-grapnels, and in this month’s instruction manual by Bruno, we see a nifty, and frickin’ cool, glass cutter. I love it!

Then we have Adriano’s colors… wow. I grew up in a world with comics pages made up of Ben-Day dots – which I still have a soft spot for (sorry), but today’s comics are literal works of art. Brad Anderson, Tomeu Morey, Jordie Bellaire, and – of course – Adriano Lucas, make every issue a wonder to witness. Flames, smoke, lasers and reflections (Page 9, panel 1… come on!) Redondo and Lucas have a synergy that borders on the heavenly.

Wes Abbott, how do I love thee? Let me count the ways: FWOOM, ARF, ARF, THD… there are no words to describe your letters.

It’s no secret that I love every member of the Bat-Family; however competent, temperamental, misguided, stubborn or obstinate they may be, but it’s always lovely seeing one in these pages… or is it? This series is fun, but I’ve already said that it also consistently delivers food for thought. The cliffhanger this month doesn’t involve imminent death, or violence, but has grabbed me all the same.