The most Rock’n’Roll comics series of all time may have come to its end on the printed page, but it’s a gift that keeps on giving. DC Entertainment and Loma Vista Recordings have unveiled the Dark Nights: Death Metal soundtrack, and it’s absolutely face melting!

Seeing – and hearing – is believing!

Mastodon’s album-opening buzzsaw “Forged By Neron” is out today and the lead single sets the tone by name-checking a demon lord of Hell who appears throughout the series.

“We are super excited and honored to be part of the Dark Nights: Death Metal Soundtrack! We’ve all been fans of DC Comics and the Batman universe since we were kids, so it really means a lot for us to be able to add something to that world.”
– Brann Dailor, Mastodon 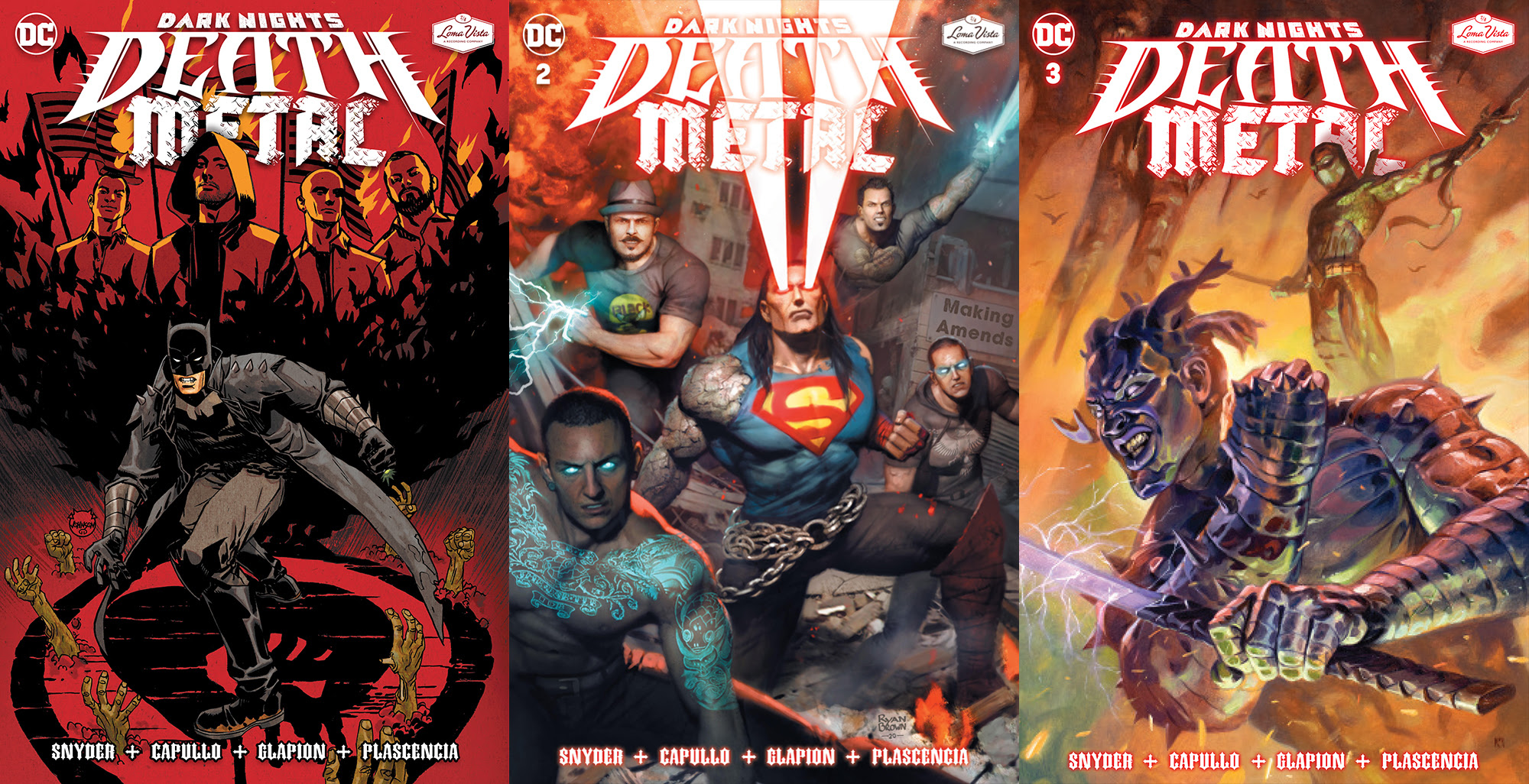 CATCH UP ON THE MOTION COMIC
SONIC METALVERSE EPISODES 1-7