“Let Me Have My Delusions” 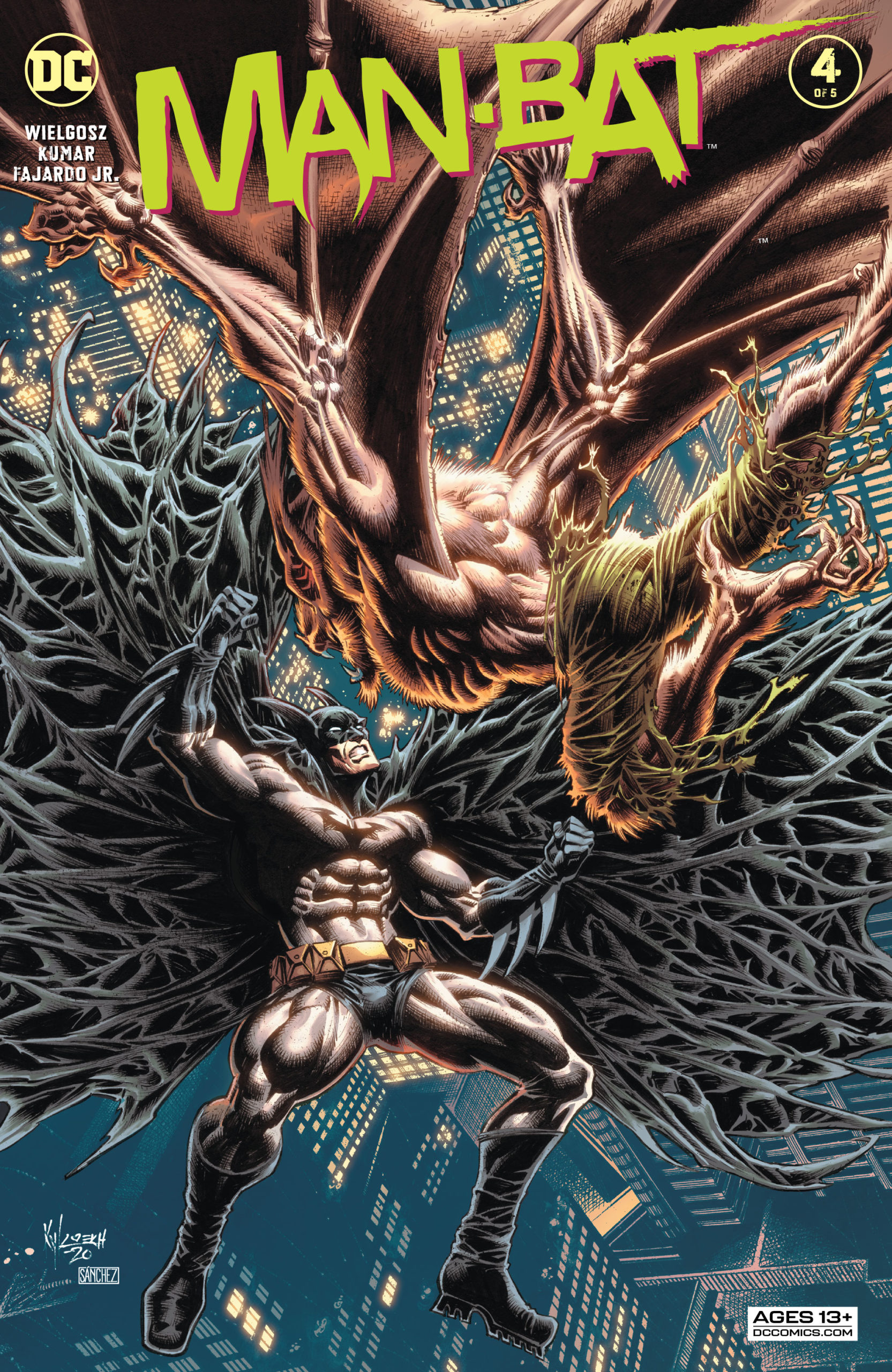 Scarecrow turns up the heat against Kirk and Francine Langstrom in Man-Bat #4, as the master of fear also proves himself to be a master manipulator.

I love seeing characters evolve, and Jonathan Crane, AKA The Scarecrow, is a great villain who’s getting a real chance to shine. As well as being the main villain in James Tynion’s current Batman run, he’s recently been announced as an antagonist heading into Titans season three. In this heartbreaking tale from Kirk Langstrom’s recent past he’s the man bringing the pain.

Dave Wielgosz has cleverly woven Scarecow into the fabric of the story, right from issue #1. The next two chapters added action and psychology, first by bringing in the Suicide Squad and then Harley Quinn. Even though the Scarecrow wasn’t the main focus of those stories, his insidious presence could clearly be felt. Now, however, he’s there in all his malevolence and taking center stage. The pacing of this mini-series has been masterfully handled. 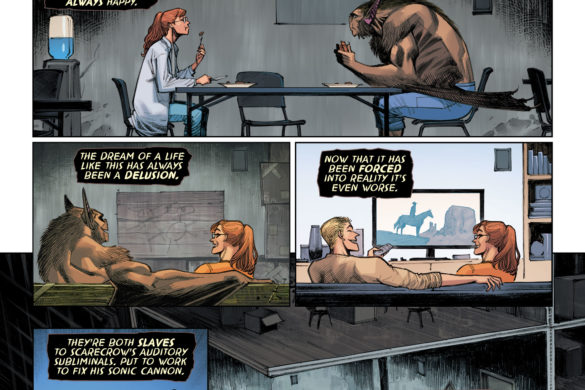 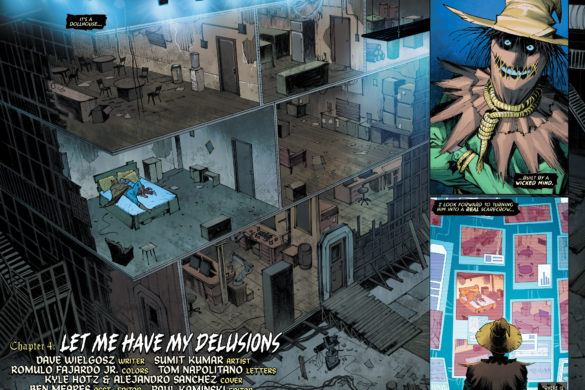 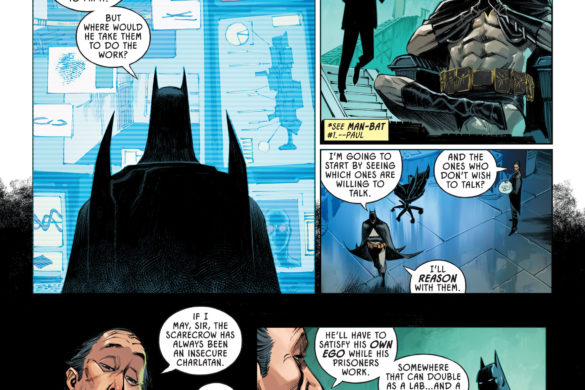 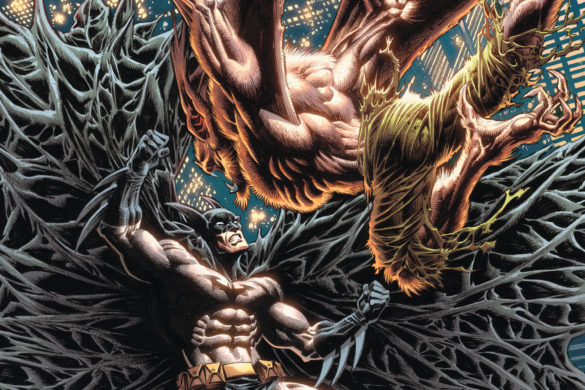 Sumit Kumar and Romulo Fajardo have been turning up the heat to match the scripts. Once again the layouts and pacing have been great since the series started, but I feel that Kumar’s work is developing at an incredible pace. Having a true, tried and tested color artist like Fajardo coloring his line-art elevates it even further. All of this makes this title feel like much more than “just another mini-series”.

This issue has been my favorite of the run so far, mainly due to the art. Sumit Kumar has been impressing me for a while, and it was while reading this issue that it struck me as to why. He’s a great storyteller, which the aforementioned pacing and layouts have already highlighted, but he’s clearly also a comics fan. He has a style that’s all his own, but I can feel the influence of some of the greats in it; in particular the incomparable Norm Breyfogle. I may be way off base here, but I really felt it in the opening pages in particular, especially with Scarecrow himself, and the scenes in the cave between Batman and Alfred. As a huge Breyfogle fan, this is very high – but well deserved – praise.

As always, Kudos to tremendous Tom Napolitano. I love Man-Bat’s inner monologue and the way it’s interspersed over page 11, in particular, is masterfully handled. This is a text heavy series, and Mr N is killing it.

Man-Bat #4 beautifully sets up next month’s finale. This has been a story all about the characters breaking free. Man-Bat escaping Kirk Langstrom, Langstrom himself trying to escape the death sentence that the Man-Bat mutation has become, and even poor old Francine trying to get out of the shadow that the creature has cast over her relationship with her husband.

A lesser creative team would’ve made this a “Batman featuring Man-Bat” series, but the Dark Knight has been used sparingly and brilliantly, leading up to next month’s finale, which feels like it’s going to be explosive.