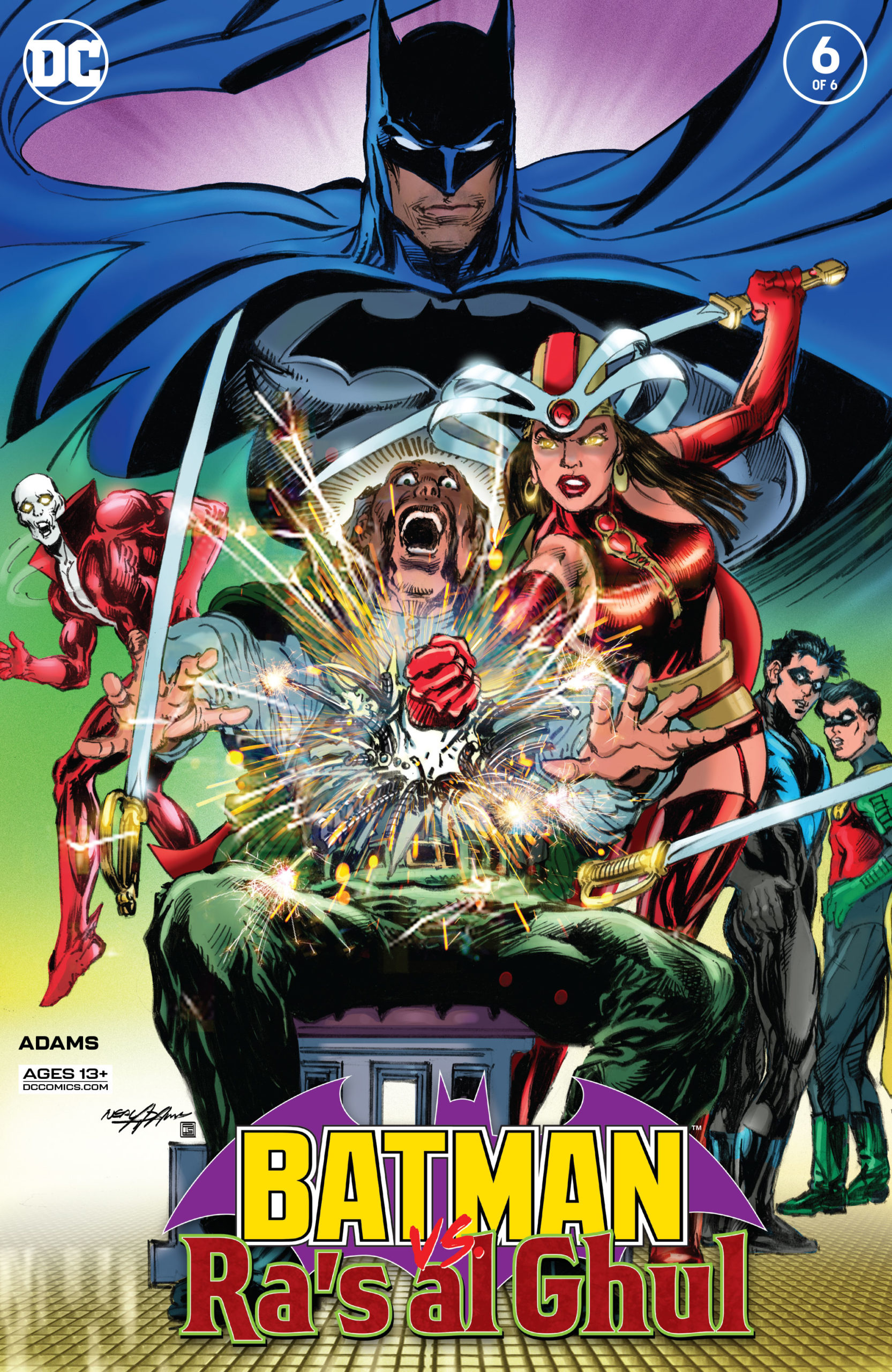 The very first thing I want to point about Batman Vs Ra’s Al Ghul #6 (in what is essentially a cold open to this review) is the fact that there are no credits in or on this book. Yes, Adams’ name is on the cover, but there’s no title page inside. Even looking at this book on the official DC Comics website, it lists Adams as the sole contributor – so I looked elsewhere. I eventually found – on the DC Fandom site, of all places – Clem Robins’ name credited as letterer, but the fact that we don’t have a title page for this book? Bizarre.

The End is Finally Here

Now, I don’t enjoy being hyper-critical of things – I’m a high school teacher, and if I spent my days being that way, I (and my students) would have a miserable time, but dammit… this series has forced my hand. I have said consistently in my previous reviews that perhaps my distaste of this book comes from the fact that I haven’t engaged with Adams’ work before, but now that I’m done reading this, I doubt I’ll ever touch another book with his name on it again (unless someone can give me a REALLY good one).

I actually forgot that this issue was due to release this week – maybe this is because the last one took 13 months to come out, or maybe it’s because I just did not want to sit and read it. Now that I have, my morning is all the worse for it. I’ve typed and re-typed most of this review trying to figure out what exactly to say that isn’t just “don’t buy this,” but first let’s actually talk about the book. What did I think of Batman Vs Ra’s Al Ghul #6?

The Story, the Layouts, and the Migraine

By the first page – no – the first panel – I was confused. Who the heck is Sayf Al Ghul? A quick Google search told me: absolutely no one. So, I kept reading, only to discover – on one of the final pages – that he is in fact Aaron Brand, the brother of Boston Brand (Deadman), who was impersonating Bruce Wayne – who is hiding his identity as a man named Matches Malone – but also Aaron was a blonde Australian man at one stage too? Honestly, I don’t even know if what I have just typed is correct, and that should say enough all by itself. 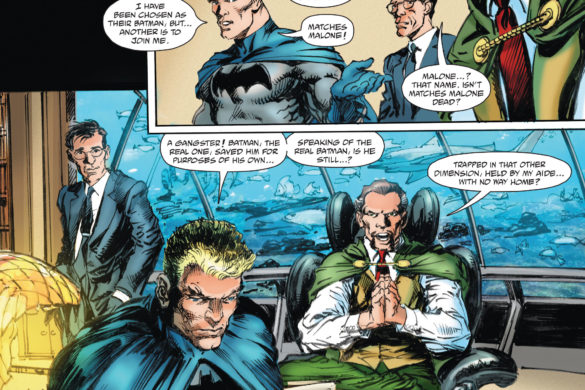 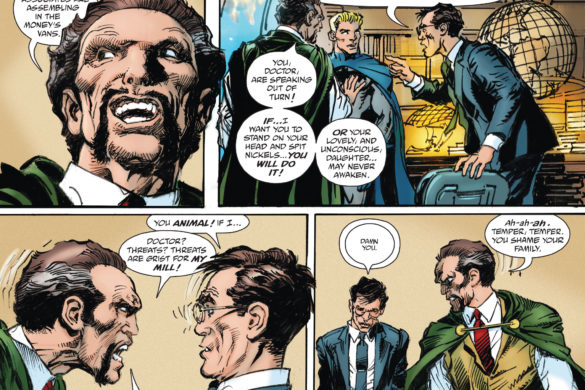 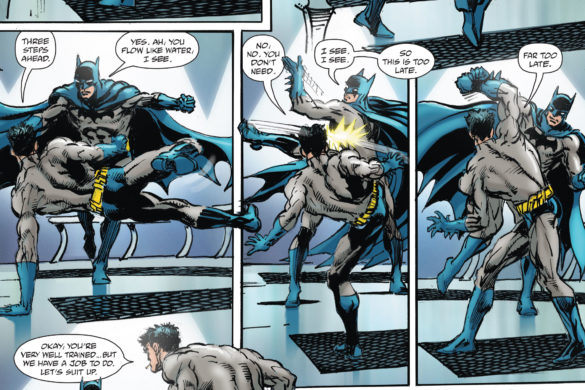 Harking back to my last review (because I’m really struggling to think of new ways to tell you that I dislike this series immensely), I talked at length about the layouts being confusing and making the book hard to follow. Somehow, they’re actually worse in this issue. I had to re-read several pages, just to figure out what was going on, and with a few of them, I just gave up and moved on, because I couldn’t be bothered reading them for a fifth time.

The art in this issue is a bit of a step up from previous ones, so I will give Adams that; but the writing, layouts, storytelling, characterisation – hell, even the cover – are all at their worst. Once I got over the initial disappointment of knowing I had to start my day by reading this book, I thought “hey – maybe it will actually wrap up in a nice way and make sense to me finally” – I could not have been more wrong if I tried.

This is Not a Batman Book

As the title of this section suggests, this series is not about Batman at all. Deadman plays a far more important role, and even then, the way he’s written into the story is so convoluted that it hurts. I have read a decent number of Batman comics in my time, and the thing I like about them? Batman. So it does make complete sense to me that this series didn’t fulfil my desires of reading a Neal Adams Batman story, when Batman himself features in less panels than some of the unnamed characters.

Listen. I understand that Neal Adams is owed a lot of credit for the work he’s done in the past, but perhaps he should stick to art – and even then… I don’t have much else to say. I’m frustrated, and disappointed, and I read most every panel after the first one with my head in my hands trying to summon the willpower to keep reading, and understand what was going on. It was successful, in that I did finish the book, but I fear it may be going into a bin with some matches and gasoline pretty promptly after this review’s published.