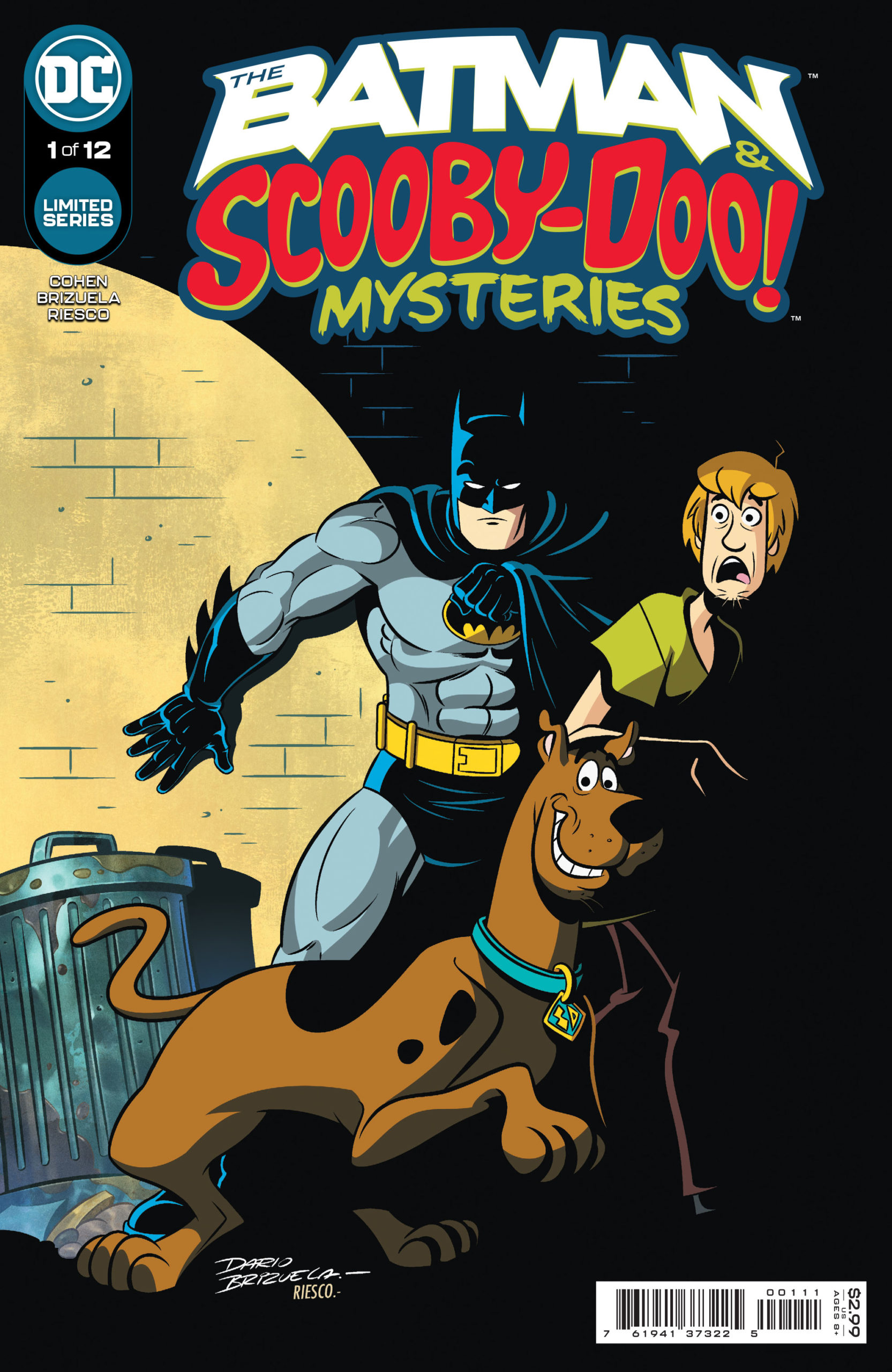 A new storyline featuring everybody’s favorite meddling kids and the world’s best known vigilante has been released and it’s a barrel of fun. Welcome to The Batman & Scooby-Doo Mysteries #1. DC released the first issue of this new series last month on its Digital First Library. The first book, titled “Glove Story”, is a simple but integral introduction.

Let’s break it down.

This comic didn’t really introduce any new ideas, and all the characters’ appearances match their usual, or original versions. The usual Mystery Gang has all members present, and Batman is joined by Alfred and Robin. The story takes place in Gotham City throughout, and the whole story revolves around past Batman suits.

This might not immediately trigger excitement in readers, but the humor and script is what really brings this tale to life. Each character is familiar to all of us in their own way, and they live up to expectations. Even the usual split of the Mystery Gang to solve Batman’s problem is the same (Fred with Daphne, Shaggy and Scooby with Velma). The writers clearly understand the dynamics of both franchises, and the hijinks are delightful. 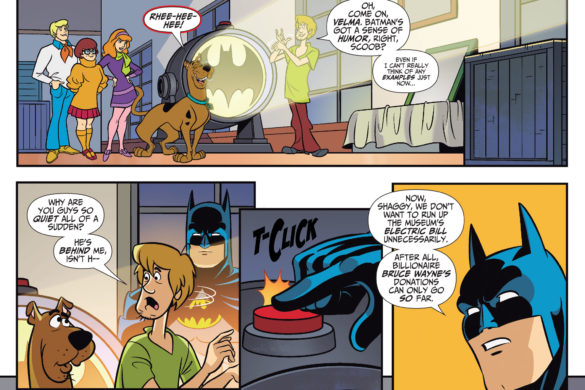 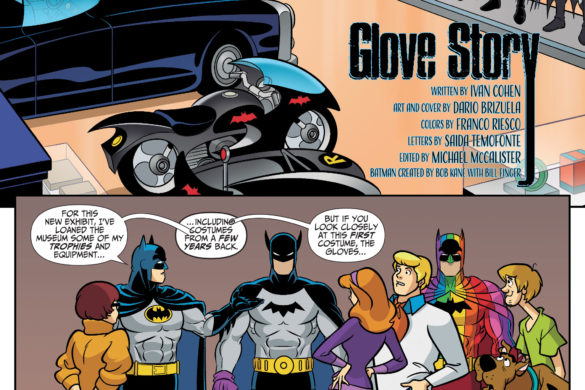 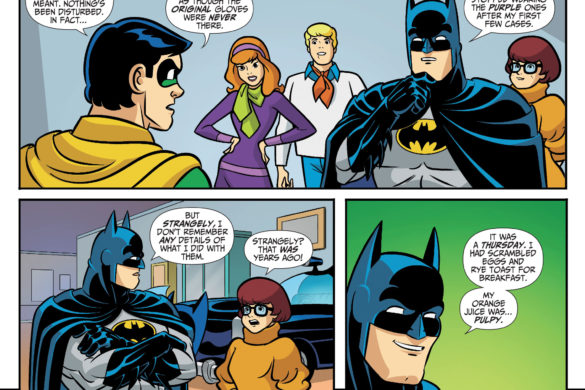 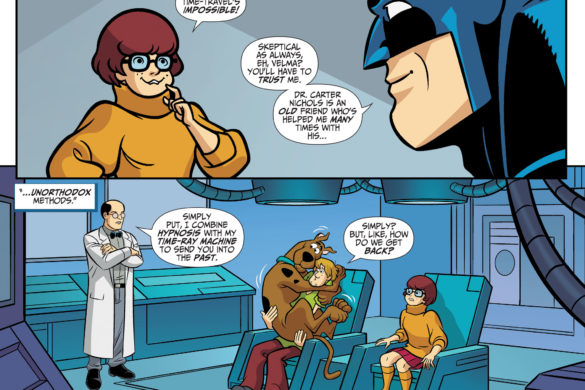 Unsurprisingly for a crossover comic, there’s a little bending of reality, and we enter the realms of sci-fi/fantasy. On their quest to find an original pair of Batman’s gloves, Velma, Shaggy, and Scooby-Doo go on a unique adventure of their own. In a rare moment, Shaggy and Scooby don’t end up panicked or scared, and actually end up contributing quite a bit of help. Velma’s character’s a little different (perhaps a bit more cynical?), but mostly she’s her usual, smart self.

Paradoxes definitely occur as a result of solving the mystery. However, it seems for the time being that all’s well that ends well.

Fred and Daphne help Batman and Robin in a separate part of the story, and my favorite part of this involves a bit of scuba diving, and getting to see an answer to the unasked question, “How would Batman wear a breathing apparatus?” There’s even an appearance of a different type of Bat-Mobile (although it looked a lot like a shark to me!).

The Batman & Scooby-Doo Mysteries #1 was fairly tame, considering the dark possibilities promised by Batman’s name in the title. As a fairly hardcore Scooby-Doo fan, I was hoping for just a bit more intrigue from this crossover. However, it’s only the first issue, and at the very least, we got to witness Batman learn an important lesson.

The author’s focus also might be more on wholesome content, rather than a gripping tale. As someone who used to have nightmares after watching any of the Scooby-Doo animated series, perhaps that’s a better direction overall for this series.

Stay tuned for more issues and reviews of The Batman and Scooby-Doo Mysteries. If you’ve read the first issue, drop a comment about your impressions below!