“Batman: The Detective” – Part One 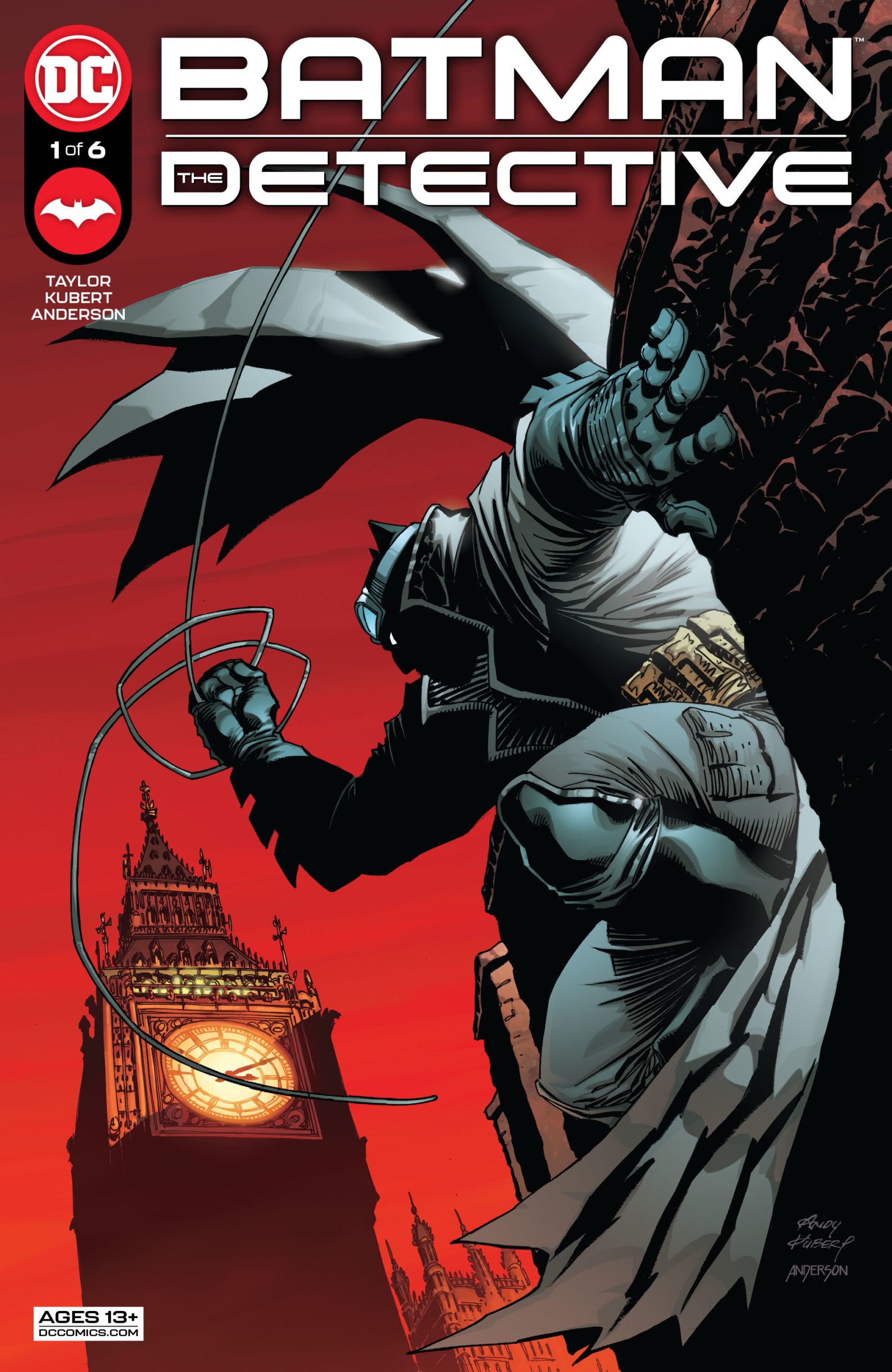 Is this a future tale? One possible future? A parallel world? A nightmare tomorrow? With a writer like Tom Taylor at the helm, anything is possible. Which scenario is Batman: The Detective #1 set in? Ultimately it doesn’t matter, and I don’t really care. What I do care about is a good  story, with great art, brilliant characterization, and a comic that delivers a new take on my favorite hero. I don’t know what kind of future tale this is, but I do know that I love it. That much is 100% certain.

There are so many things I want to talk about, but I’d be spoiling the ever living bejeezus out of a story that people need to read. Yes, we’ve seen a grim, weary Batman, a hero at the end of his tether; tired of the life he leads, and his endless crusade before. but – once again – Tom Taylor has taken an oft used, and almost worn out trope, and turned it on its head. I cannot wait until fans have devoured this book, so I can talk about it in detail. Suffice it to say that this first issue matches up to the title (Batman, as a detective. YES… FINALLY!), and it also lives up to the reputations of all the talents that are producing it.

Oh… and the story’s set in the UK, my home country. Everything about this book feels like it was almost meant for me, even though I know it isn’t. Perfection.

There’s probably a reason why Andy Kubert’s name appears before Tom Taylor’s in the credits, and I’m not going to argue with it. As far as I’m concerned both these gentlemen deserve the honor, after all, they’re two guys whose worked I’ve loved every time I’ve experienced it.

Andy’s art in this issues is, unsurprisingly, terrific. His big and beefy, mean and moody Batman, his simply awesome Knight, his totally fresh new version of Squire. His Gentleman Ghost… wow! I believe that Mr Kubert would’ve making his legendary dad proud with his work on this book. 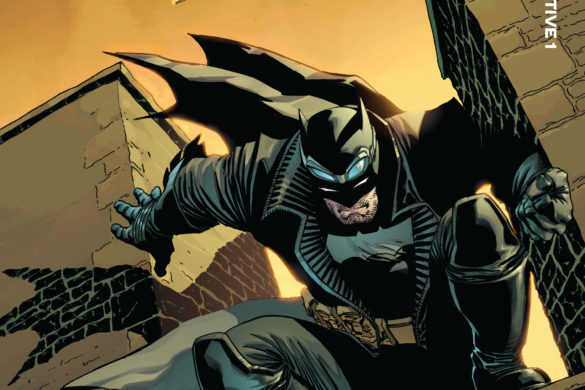 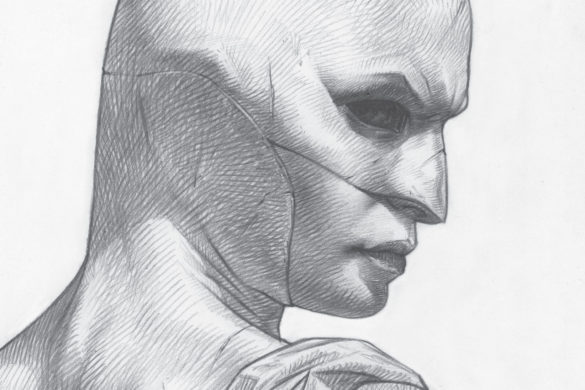 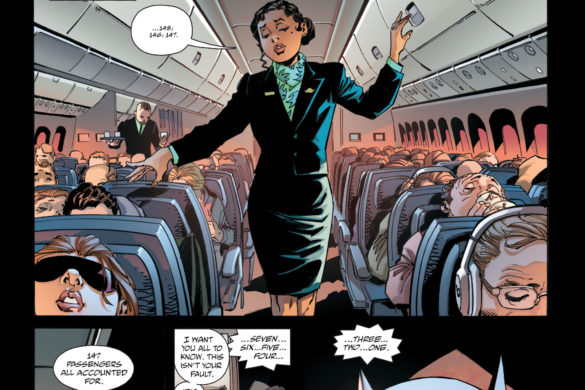 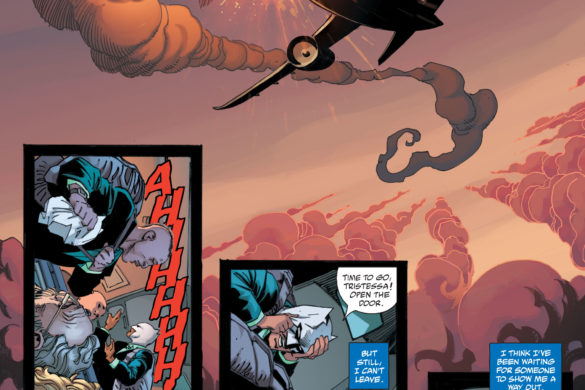 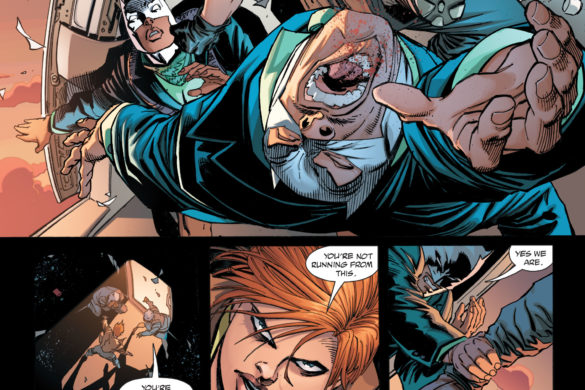 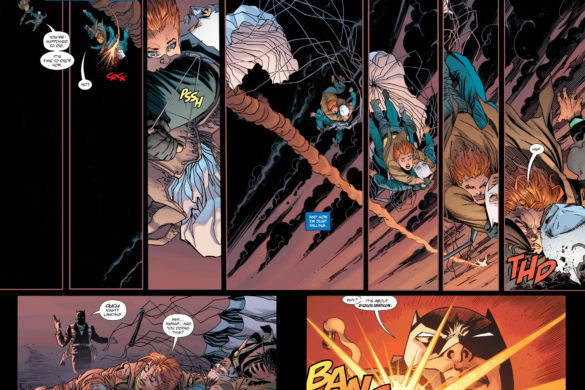 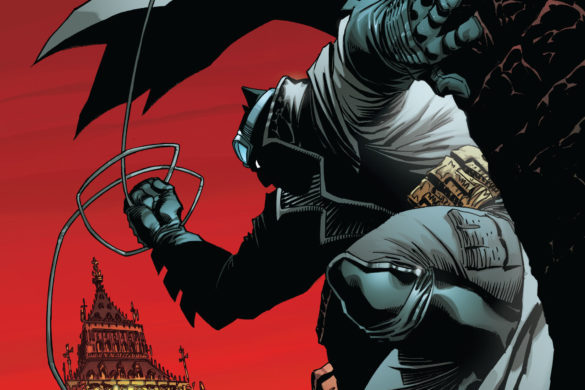 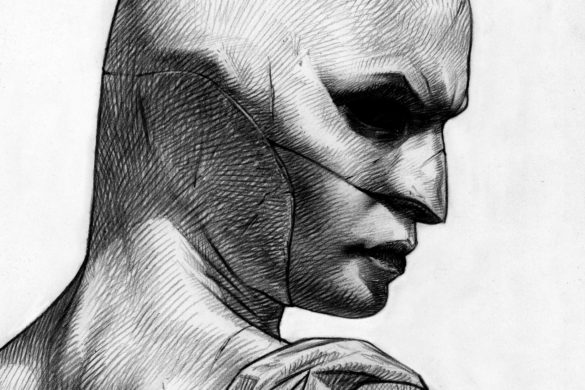 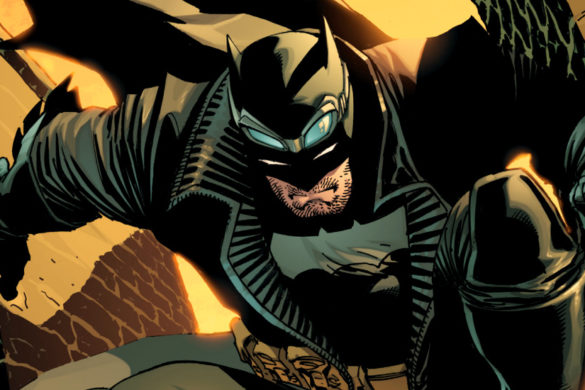 Brad Anderson is my hero. It’s no secret that I love Brad’s work, as I’ve shouted it from the rooftops, on podcasts, and in reviews since I started doing this job. This man deserves top-billing too. From explosions, to crashes, the blue light from computer monitors, ghostly apparitions, and grim heroes; Brad makes Andy Kubert’s art sing, the same way that Andy’s visuals bring Tom Taylor’s scripts to life. I can’t wait to read more, but am honestly sad that this is a mini-series, and not an ongoing title.

Clem Robins’ letters are also 100% on-point. Tom Taylor isn’t one for reams of dialogue – and neither is Batman – but Clem’s captions are perfect. His sound effects also work with the line art, and they don’t obliterate it. Great stuff.

Batman: The Detective #1 has exceeded all my expectations. After reading the two Injustice series, the incredible DCeased sagas, and his debut Nightwing issue, I went in expecting great things from Tom Taylor. After Batman & Son, Dark Knight III, and Damian: Son Of Batman, I had high hopes for Andy Kubert’s art. After Detective Comics, Justice League Dark, Doomsday Clock, Three Jokers, and decades worth of incredible work, I knew I’d get pure magic from Brad Anderson’s colors. All three gentlemen, Clem Robins, and the editorial team, blew all my expectations out of the water.

This is a great comic, and I cannot wait to hear everyone else’s thoughts on it, when it’s released.