Fresh off the success of Zack Snyder’s Justice League, DC has been releasing news of upcoming films in rapid-fire succession. Dwayne Johnson recently dropped a teaser video on Twitter about his upcoming feature, Black Adam. Now, James Gunn’s The Suicide Squad is releasing more details about the movie.

By now, most people have probably seen the R-rated trailer for the spin-off/sequel of Suicide Squad. The film is going to have some carryover in terms of characters (mainly Margot Robbie’s Harley Quinn), but the film already has a different vibe than the first. More characters that comics readers might be familiar with are being announced, however, through various TV spots and released posters.

Several big Hollywood names will be joining The Suicide Squad. Among others, Sylvester Stallone (King Shark), John Cena (Peacemaker), and Idris Elba (Bloodsport) will help save the world from the truly heinous Starro the Conqueror. A new poster sheds even more light into other familiar faces fans should anticipate to see onscreen. 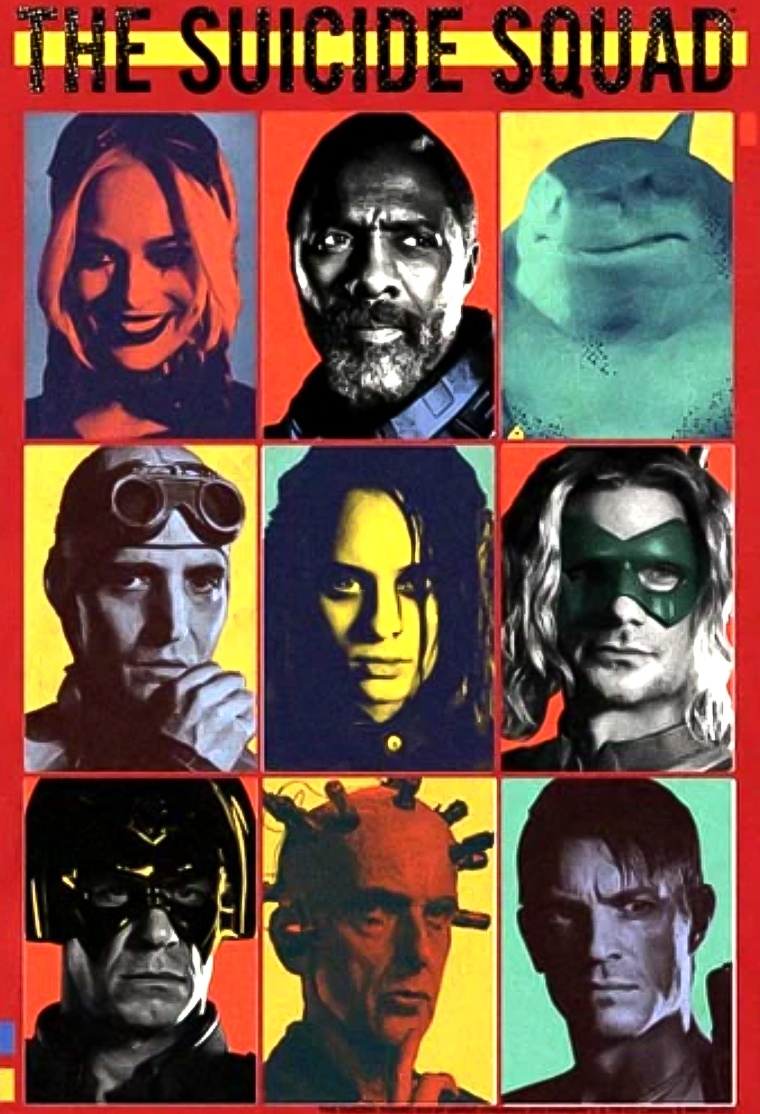 Poster for ‘The Suicide Squad’

There’s a lot to unpack from this unlikely band of anti-heroes. The star-studded cast will be fascinating to watch working together, especially as there have been no clues dropped into how the teams are going to be split up. All that we really know is that Task Force X will be divided into two teams.

We also gathered from the trailer that the superpowered teams will endure some tension before they’re able to work well together, but perhaps that’s what the film-going audience needs right now. People who are a bit worse than us and certainly not any better putting aside their differences to defend the greater good. Even if not, it appears that’s what James Gunn intends to give us.

As the title implies, we might not see many, if any, survivors from Task Force X’s mission. Based on the rating of the film, it seems very unlikely that the antagonizing protagonists will make it out unscathed. Plus, with James Gunn’s lightness and humor, you never know how a character’s fate could turn out.

The general gist that we’ve gotten however is that this is a blockbuster that you won’t want to miss.