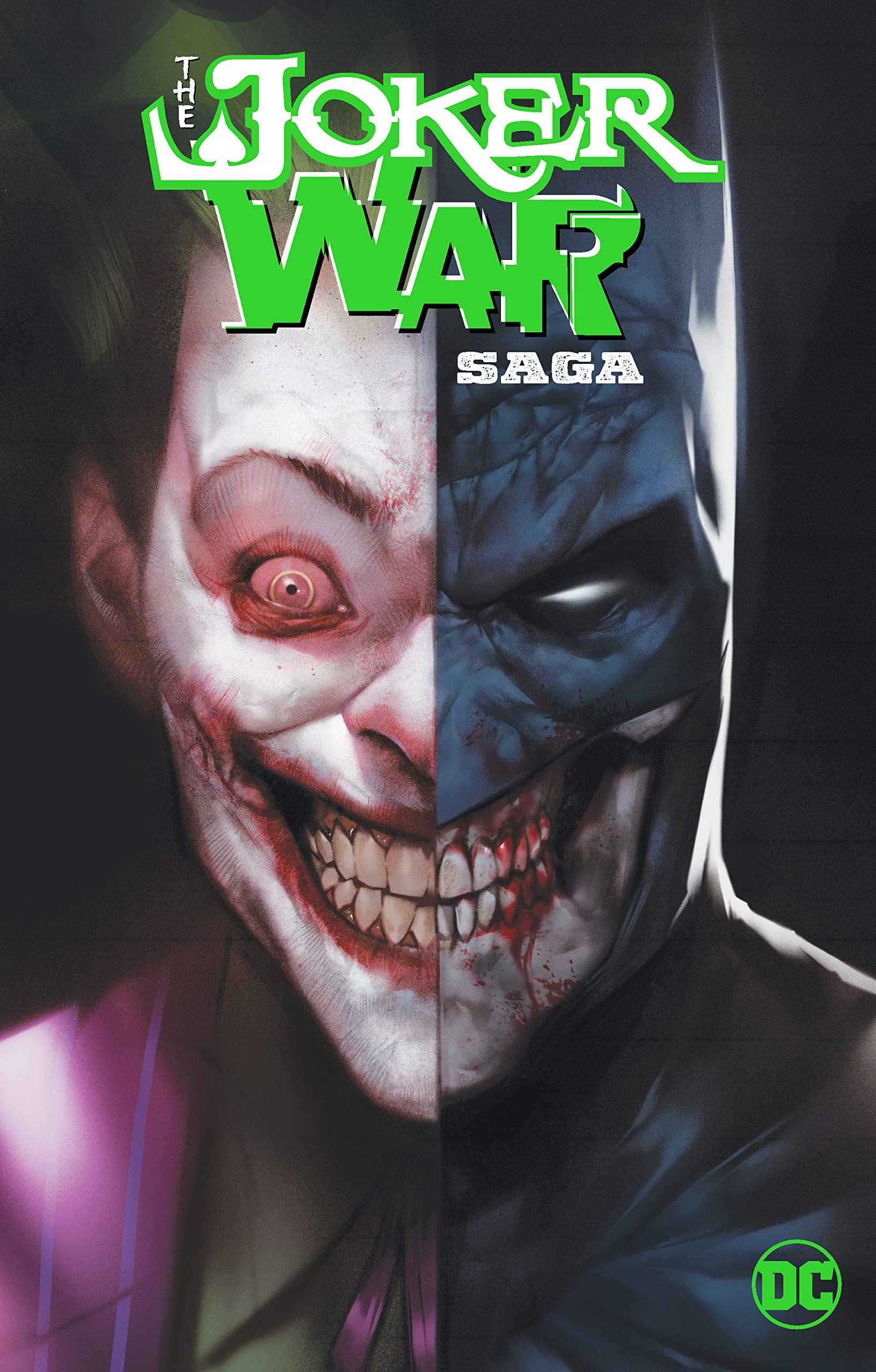 The Joker War Saga collects the entire saga from Batman #95-#100 in a new hardcover, that also includes the tie-in chapters starring Batgirl, Red Hood, Nightwing, Catwoman, Harley Quinn, and many more. The highly sought after Joker War Zone one-shot also appears here in it’s entirety, and is exclusive to this collection. 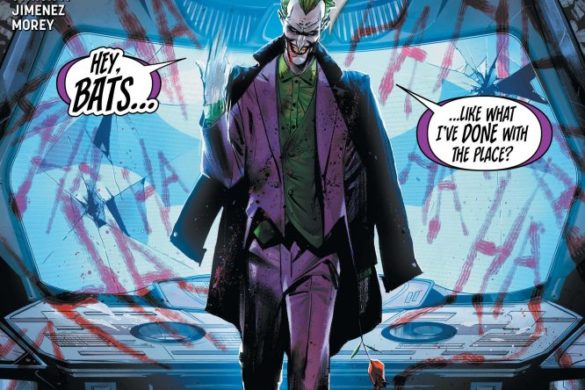 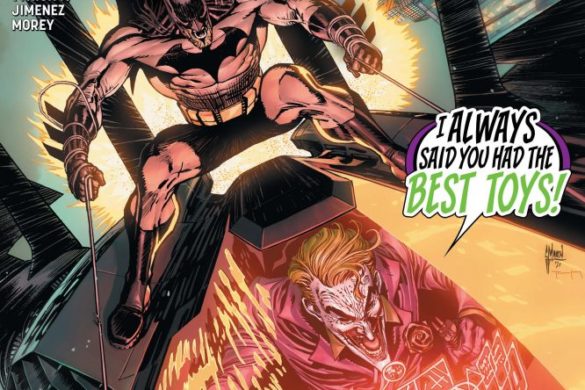 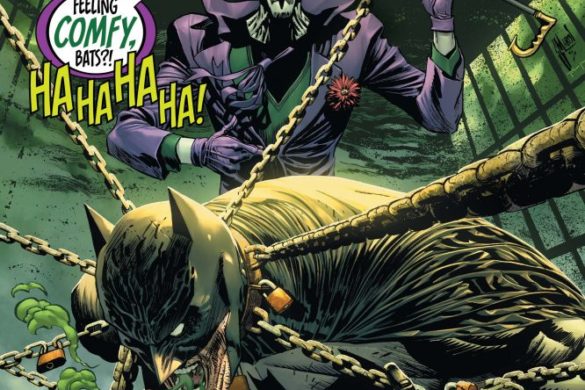 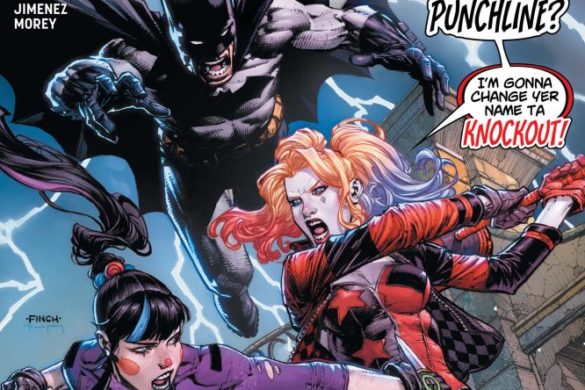 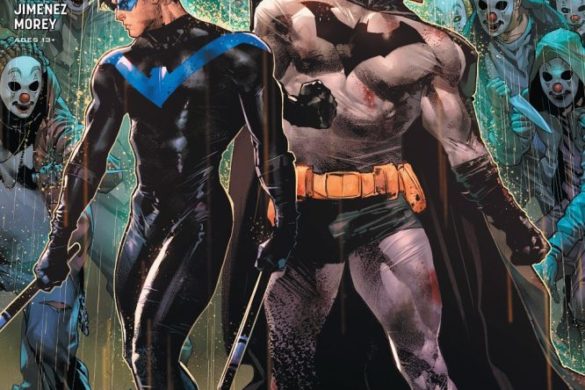 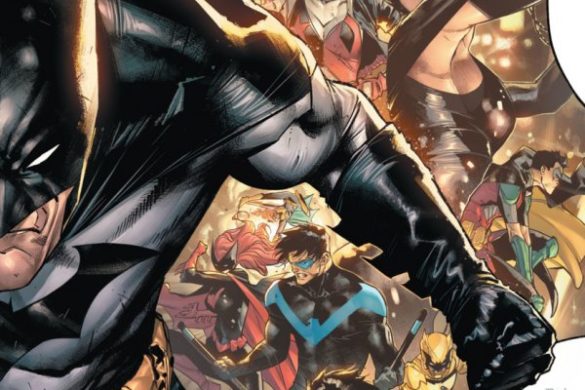 This Villain’s No Joke

James Tynion has written one hell of a tale. Many fans were left concerned when long time Bat-scribe Tom King left the book, but I, for one, applaud his successor. I know that there are those out there that feel the Joker is used far too often, but when he appears and does something new, and different, I love it. He’s Batman’s greatest foe for a reason, after all.

In these pages the Clown Prince of Crime attacks Batman from a new angle, and one that will have long lasting effects. Rather than go for the jugular, the Joker’s gone for the wallet. Following on beautifully from Batman: Their Dark Designs, this tale shows quite clearly that, while the Joker may be nuts, he’s not stupid.

We get a ton of crossover issues in this gorgeous book, as well as the great big Joker War Zone anthology. The art throughout varies from good, to fantastic, but I have to comment mainly on the central story, drawn by the incredible Jorge Jimenez.

Not only is Mr Jimenez a consummate storyteller, his design work is sublime. The way he draws all these world famous characters is both classic and unique, but he’s also invented a ton of his own! Punchline broke the internet, Ghost-Maker looks amazing, and his story’s still progressing, along with that of the teen vigilante Clownhunter. Jorge Jimenez created the looks for all of them. 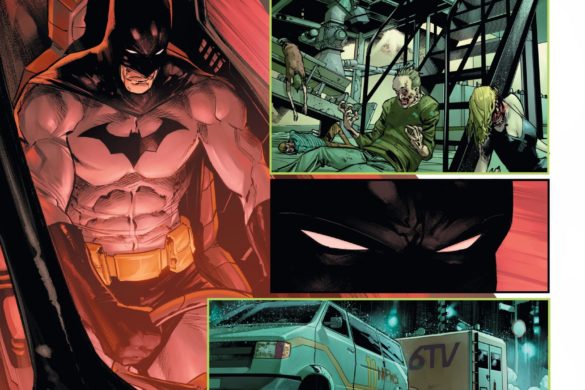 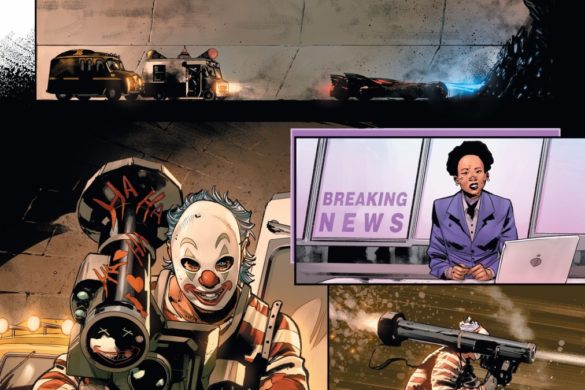 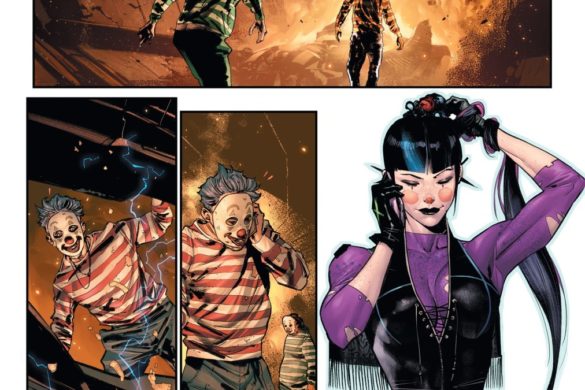 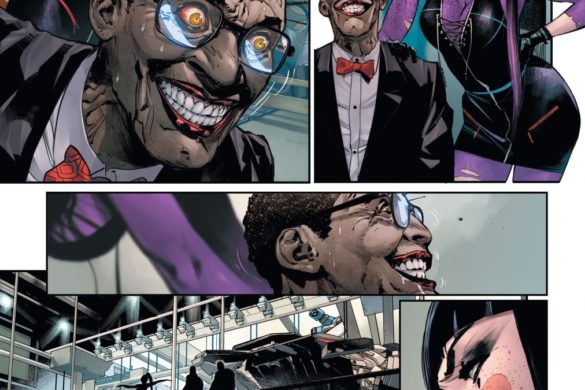 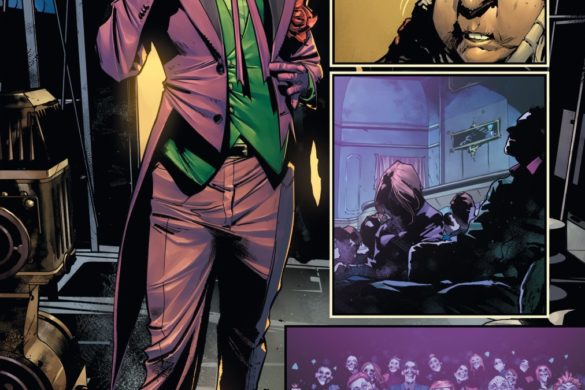 The advent of computer coloring, and the rise of stellar artists who’ve mastered the medium, have led to monthly comics looking like full-blown graphic novels. Tomeu Morey is one of the incredible talents that has led to me refusing to use the term colorists in our reviews, in favor of the far more appropriate, and respectful, color artist. This man gives us, scrapes, bumps, bruises, dust, grime, plus nose and cheek-bones that wouldn’t be there without him. Then he throws in folds, and ripples, tears, and textures. Of course, these are comic-books, so he can also produce flames, explosions, bright lights and deep shadows along with the best of them. Look up, study, admire, and gaze in wonder. This is legitimate art.

The Joker War Saga is a great read, and looks fantastic. The work of Clayton Cowles, and the army of letterers who populate the pages of the extra tales with words for us to consume, and all the other artists and color artists involved in the creation of these stories, should be applauded for their efforts.

The story gives us all the thrills and action we demand from our comics, plus a ton of heart, and outstanding characterization. Punchline is nothing like Harley Quinn. Nightwing, Red Hood, Red Robin, Orphan and Spoiler are all unique. We get a Batman in pain and in mourning, plus a Joker who could be the at most dangerous level we’ve ever seen him.

Sometimes tropes and clichés like “game-changing”, and “ground-breaking” get thrown around, whereas with this book they’re actually accurate. By the end of the story we see a Batman who’s fought back from the brink, a Bruce Wayne who’s had his riches taken away, and even a Harley Quinn who’s had enough, and can’t take anymore. These are all still the characters we love, but they’ve grown… which makes me love them all the more.

I really miss Alfred too, Bruce. 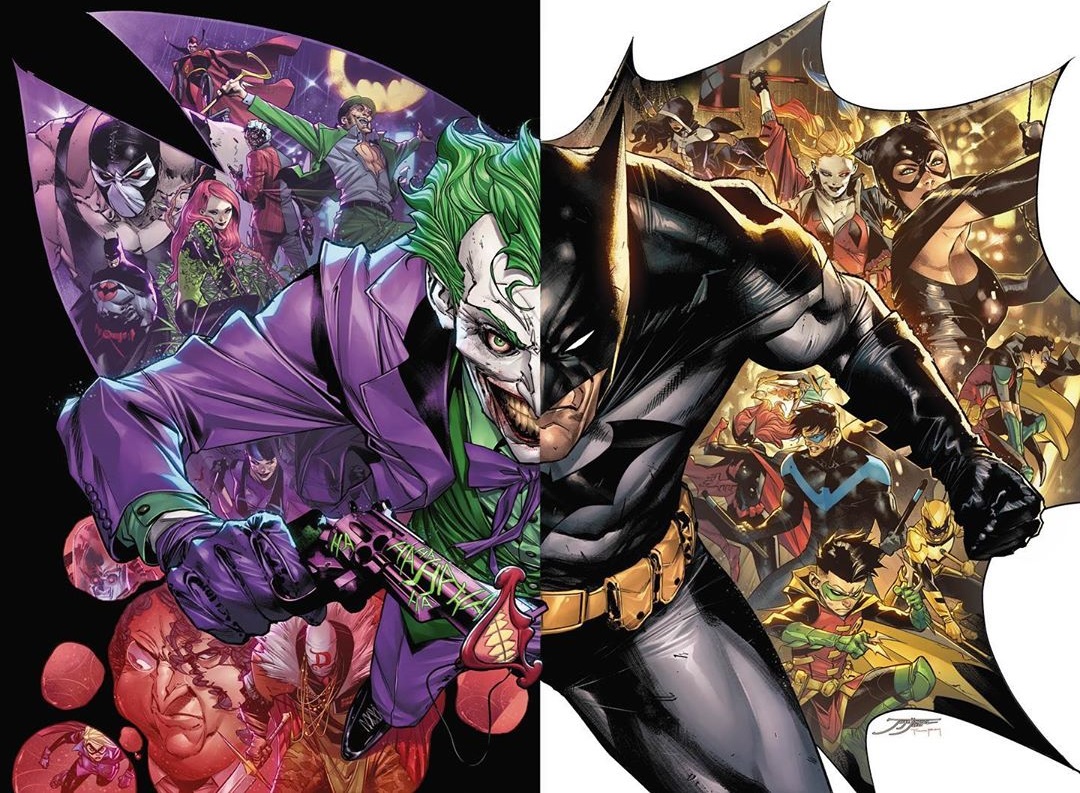 The Joker War Saga also features the Joker’s confrontation with Batgirl (Batgirl #47); his manipulation of the amnesiac Nightwing (Nightwing #74); and a turf war between Gotham City’s Bat-Family and the Joker’s killer clowns (Red Hood #48, Detective Comics #1025, and Catwoman #25). Plus, we get the debut of Clownhunter, a cameo by Ghost-Maker, and an epic battle between Harley Quinn and Punchline (Harley Quinn #75).

While I do applaud gathering all these stories under one cover, I question the editing in this volume. The tales are reprinted in release order, but not in a away that makes sense in terms of pacing, continuity or storytelling. I wish more care had been taken in trying to make the add-ins flow better with the excellent main story.

Having said that, every chapter is essential, and I’d rather have them in a strange order, than not have them at all.