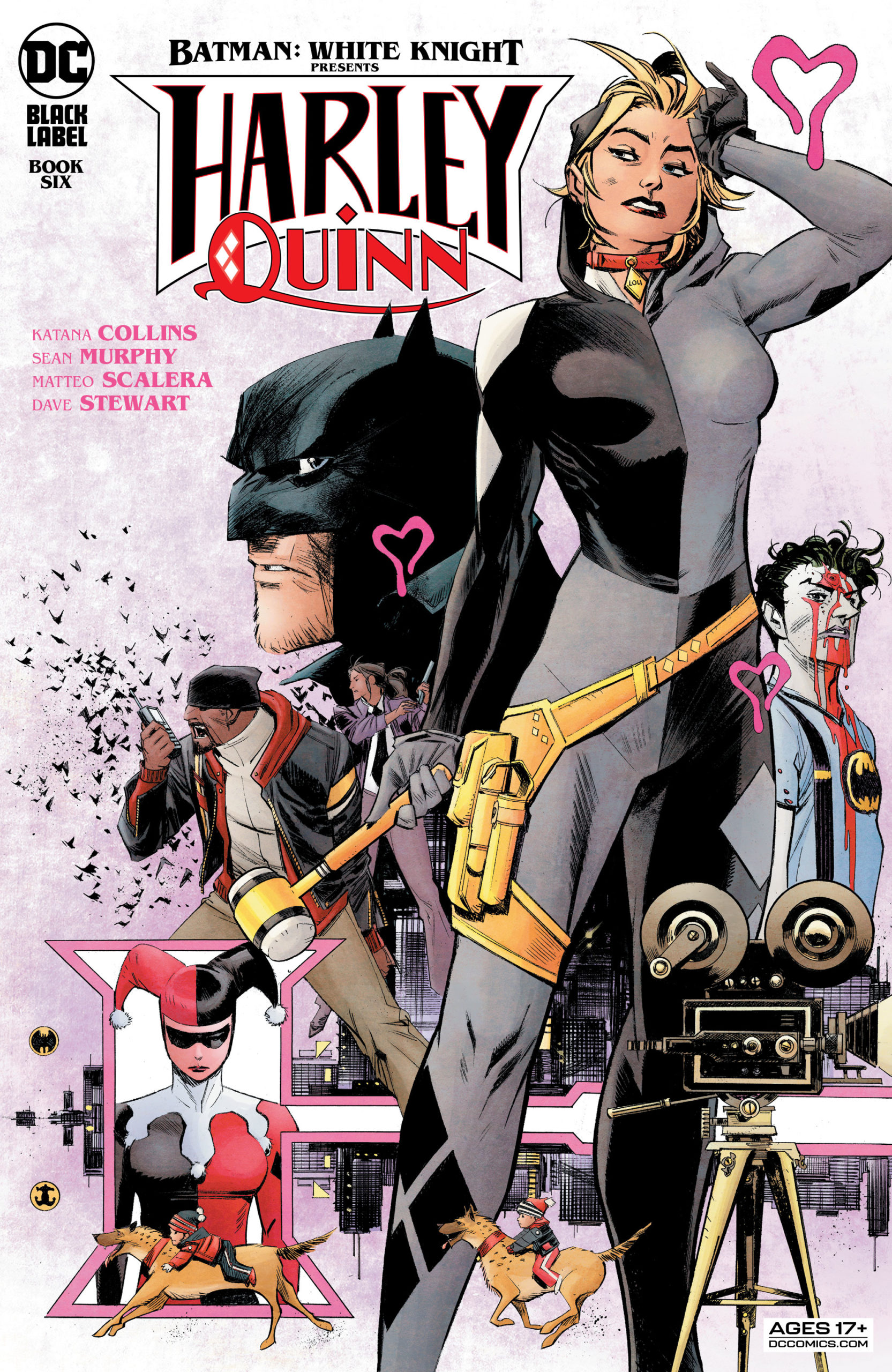 What I Did For Love

Batman: White Knight Presents Harley Quinn #6 is here. It’s the book that fans of this series have been gnawing at the bit to get, especially after the ending of book five.  After the hard hit of the loss of Lou, I was ready to see just what Harley would do next. Everything was lined up for the end to this part of the Harley Quinn focused tale, and boy did they ever give us a show.

So, let’s get on with it and dig in to the finale.

In Here, Life Is Beautiful

A single moment of choice, that’s where our finale begins. We get to see the moment where Harley Quinn decides that the Joker had gone too far, and that Jack was indeed gone. Here’s where she chooses what’s right instead of chasing what was already gone.

The GTO are all set with their operation to capture both Starlet and The Producer at the Gotham Film Festival, and everyone’s in place including a newly suited Harley, thanks to Bats. The curtain is falling, and the ending is not to be missed. 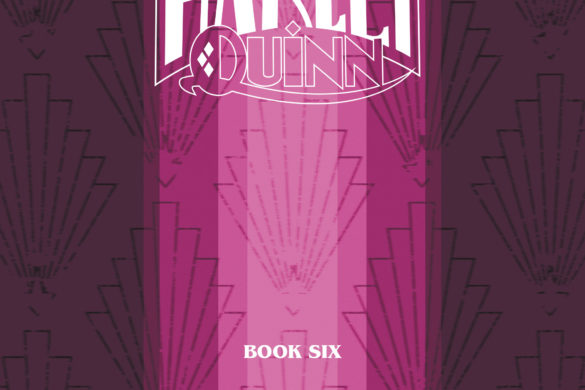 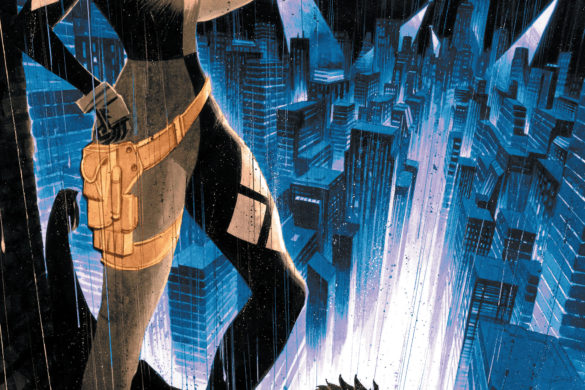 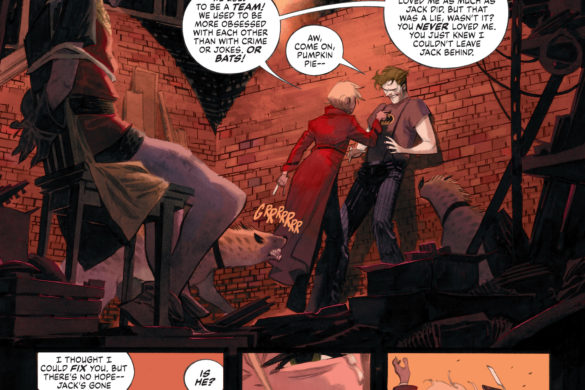 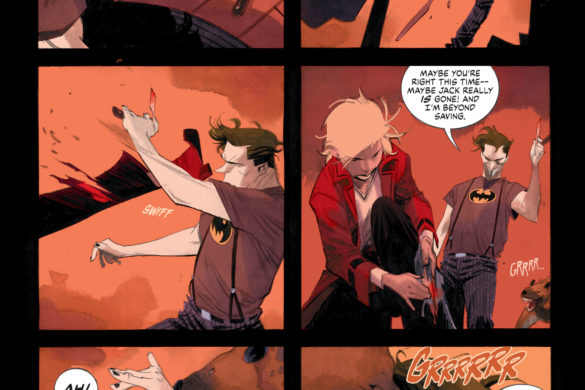 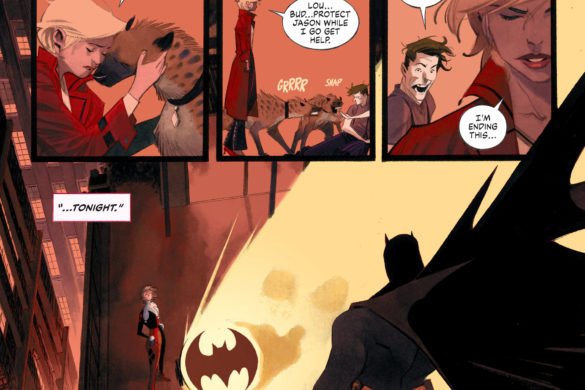 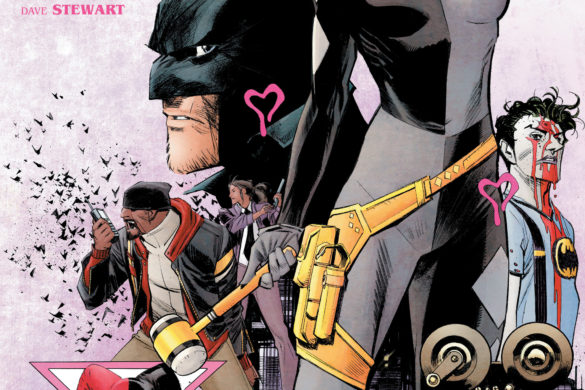 Your Cross To Bear

It’s so hard to accept that this Harley Quinn tale is just a six issue set. Granted, there’s a whole world that’s been established for a while, and we’re just on but one adventure within it… but what an adventure! The ending ties up nicely, but also leaves room to grow further. As with any good dip into a character’s story, not all the questions have been answered. As if we didn’t already want more of Katana Collins’ superb writing.

Matteo Scalera and Dave Stewart give readers everything in this final piece. The emotion, the tones, the smallest details, all shone to perfection. One of my favorite parts of this book is seeing Harley wearing not only a Noir style suit that’s bullet proof, but Lou’s collar’s around her neck. So much happens in this closing chapter, but Harley being true to who she is is masterfully done.

It’s been a long journey, but these first steps into her new life are heart-warming.

If there was ever a loving tribute to Harley Quinn, then this six issue series ranks highly, if not taking the top spot entirely. Batman: White Knight Presents Harley Quinn #6 is the ending that I never saw coming, but am over the moon for. Of course with that being said… I want more. The ending certainly leaves massive room for future growth, and I look forward to the next adventure into the world that Sean Murphy created with the two previous White Knight Series.

As for the Harley Quinn verse part; I’ve said this before, but am happy to repeat it. Do yourselves a favor, and dive into this series. Katana and the team have shown nothing but love for these characters, and given us new facets of Harley that she highly deserves. The Mother, The Lover, The Doctor, The Villain… and The Hero.