It’s finally arrived, the first full trailer for The Suicide Squad is here! Keep in mind this is a red band trailer, so there are some F-bombs and violence.

Without further delay, here’s the trailer from the horribly beautiful mind of James Gunn:

On top of the new trailer, Gunn also shared a new poster for the film. 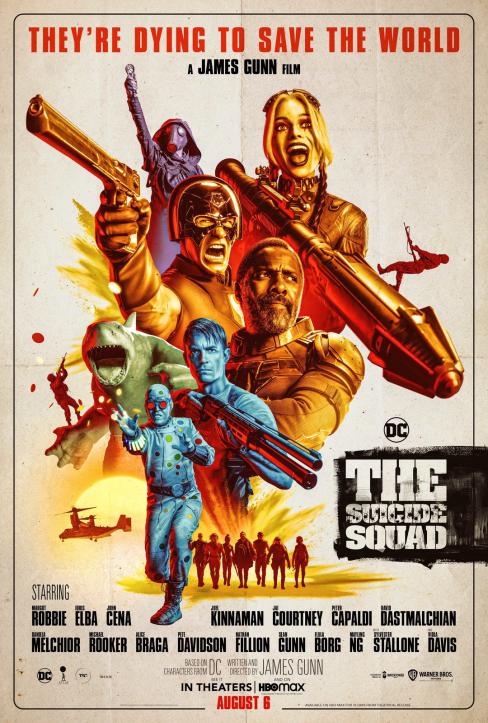 The trailer also confirms the character the Sylvester Stallone will be playing, The casting was announced back in November, and it sounds like he’ll be providing the voice for none other than King Shark, who, based on the trailer, will definitely be a highlight in this movie.

It’s funny that DC tried to turn David Ayer’s Suicide Squad into a Guardians of the Galaxy type of movie, and when that didn’t really work out, they brought in the Guardians mastermind himself to do it.

WB has a weird history with meddling with their directors’ vision from time to time; look no further than Zack Snyder’s Justice League, the film that started with the #ReleaseTheSnyderCut movement. Then there’s the current #ReleaseTheAyerCut and #RestoreTheSnyderverse. The Snyder Cut of Justice League is without question superior to the theatrical version.

Given WB’s history, one Twitter user tried to get in early on #ReleaseTheGunnCut. Gunn himself replied, stating The Suicide Squad IS the Gunn Cut.

This IS the Gunn Cut.

Gunn has praised WB in the past about letting him make the film he wanted, stating that WB never interfered, and only gave him a few good, and minor, notes Thankfully, he was allowed to use them… or not. Maybe, just maybe, WB’s learned their lesson. Then again, we’ve gone through this cycle with them before.

What did you think of the trailer? Did it move the needle at all for you? I think it looks great, and shows how diverse the DCEU can be, with this and Zack Snyder’s Justice League releasing just months apart.

The Suicide Squad debuts both in theaters and on HBO Max on August 6th.