“The Next Batman”, ” Batgirls”, “Ladies Night Out” 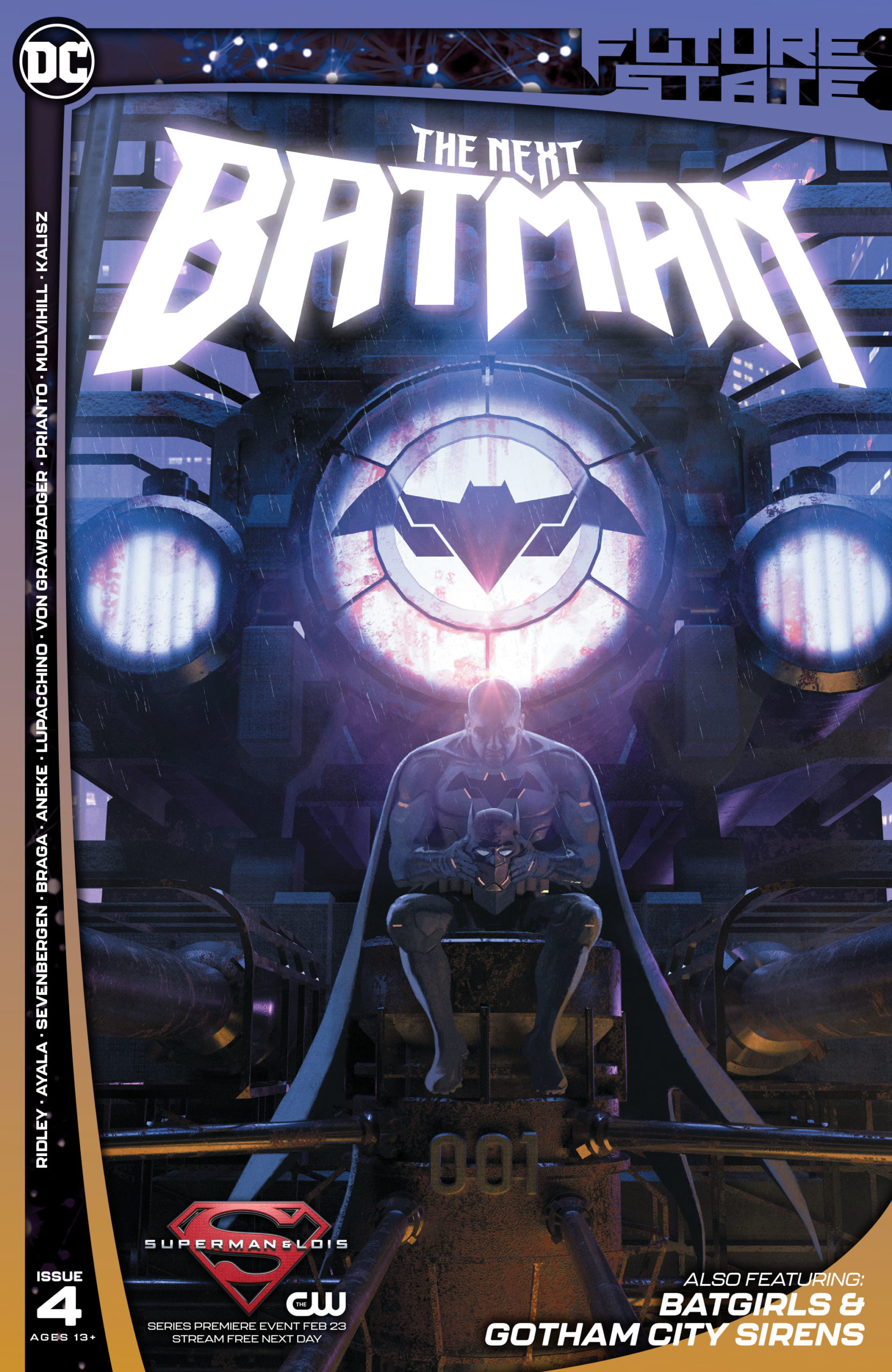 The Next Batman #4 offers a hodge-podge of inconsistent quality and a main story that wastes its potential.

Like all previous reviews on the book, I’m covering the three stories individually.

This is supposed to be the flagship story of, not only the Batman titles, but also the DC Future State event. Because of the high expectations, the story ultimately feels very disappointing. There are no real big revelations in the comic, and readers learn very little about the new Batman and his enemies the Magistrates. Writer John Ridley had a lot of ideas about the villains and how the new Batman’s different from Bruce Wayne, but most of it doesn’t come across in the story at all.

What we get focuses way too much on this couple that Batman’s trying to save, due to that, it feels like a passable comic where the stakes are relatively low. Perhaps the problem is that Ridley knows he’ll be exploring this Batman, and this future world, in another series. Due to this, Ridley seems to have no urgency to reveal too much about Tim Fox’s motivations to become Batman, or other aspects of the dystopian Gotham of the future.

The story itself is fine, and there is nothing wrong with it. However, within the context of world-building for the Future State, for me The Next Batman #4 feels like a failure. 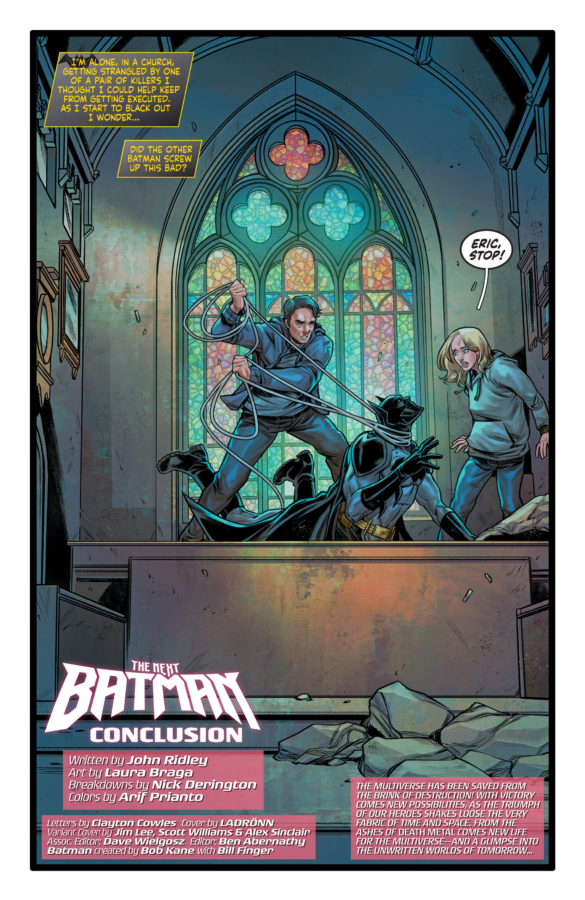 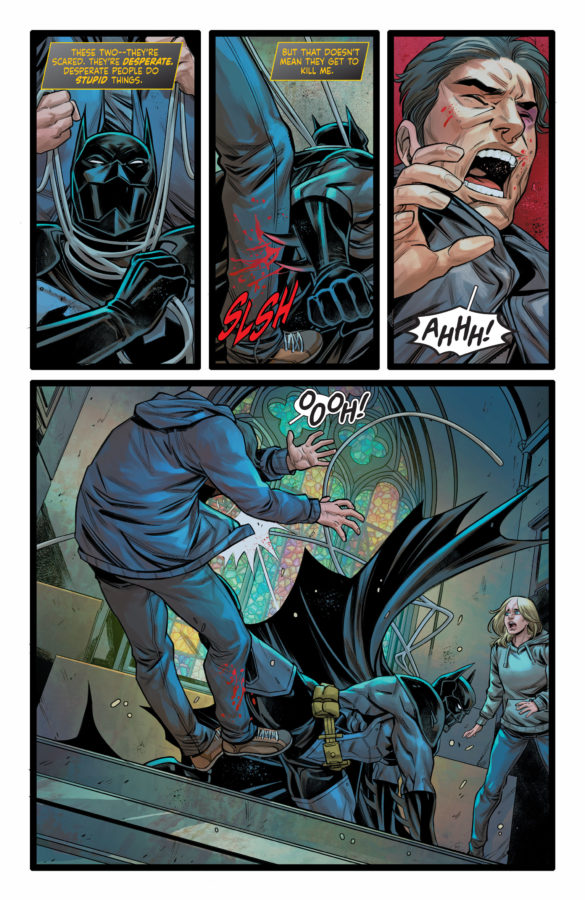 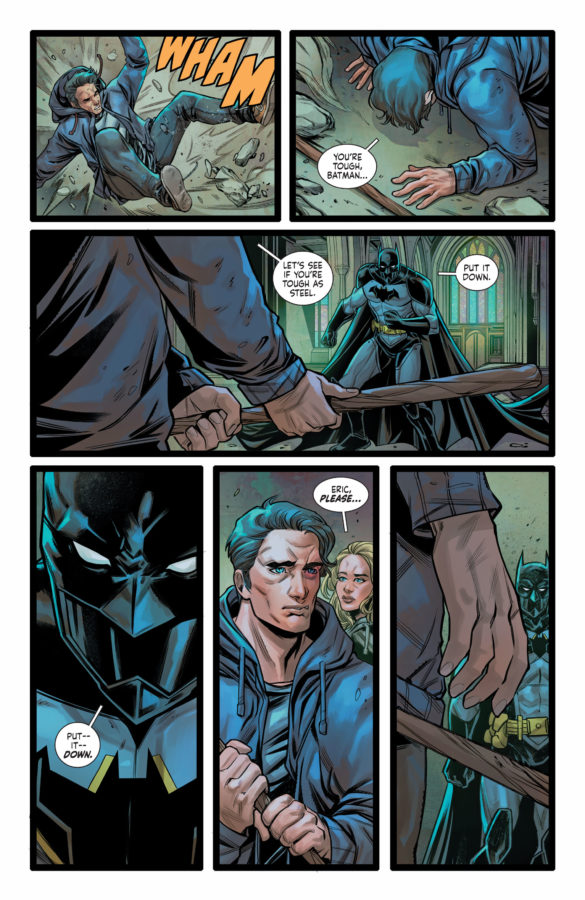 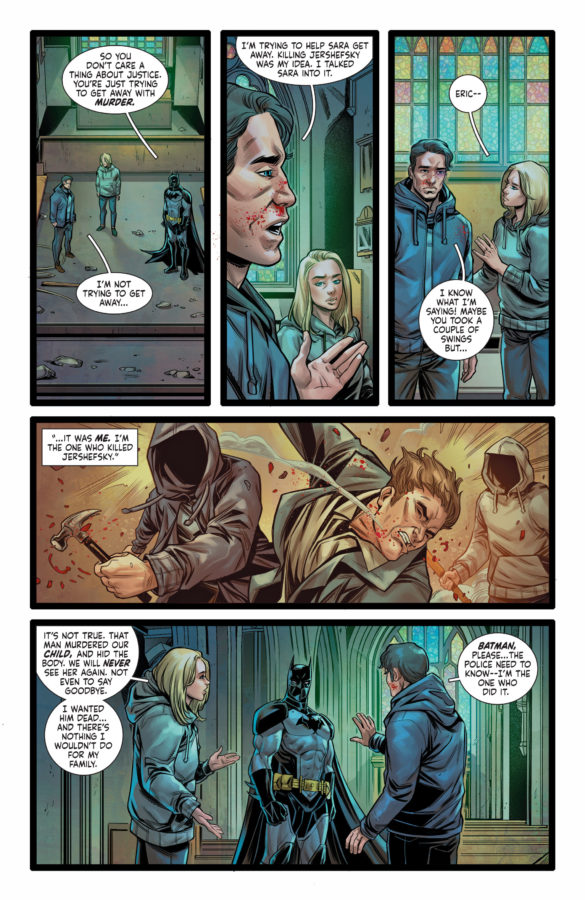 Probably the best story of The Next Batman #4 and possibly of the whole series. Batgirls shows the adventures of Stephanie Brown and Cassandra Cain as they stage a massive prison break. The best pasts are whenever the story shows Cass and Stephanie’s friendship, but there are even some real cool character beats that make you want to cheer for our protagonists. However, the plot adheres to the typical prison break structure to a little too closely, making it fairly predictable.

Still, it’s a well-written story with crisp-clean art. Also, it may be best to ignore the numerous continuity glitches that seemingly contradict other Future State Batman stories, as that will really take you out of a story fast.

Not to end on a downer, but for me Ladies Night Out is easily the worst Future State story. The second part has all of the same problems as part one, as the tone’s all over the place. It wants to be a fun, flirty romp, but for me that’s really tough to swallow when the characters are stuck in a Blade Runner-esque dystopian future setting.

Also, it’s difficult to want to cheer the protagonists – Catwoman and Poison Ivy – when the story reveals some shocking and disgusting tidbits about them. Like, what’s revealed is straight-up horrific, but the story plays it off as a joke. Speaking of weird things that barely get addressed, the villain engages in veiled paedophilia! Once again, an extremely weird and disgusting topic to include in a “comedic” tale.

The whole story structure’s a mess. It’s only saved by the pretty and bright art by Emanuela Luppachino.