Review: The Other History Of The DC Universe #2 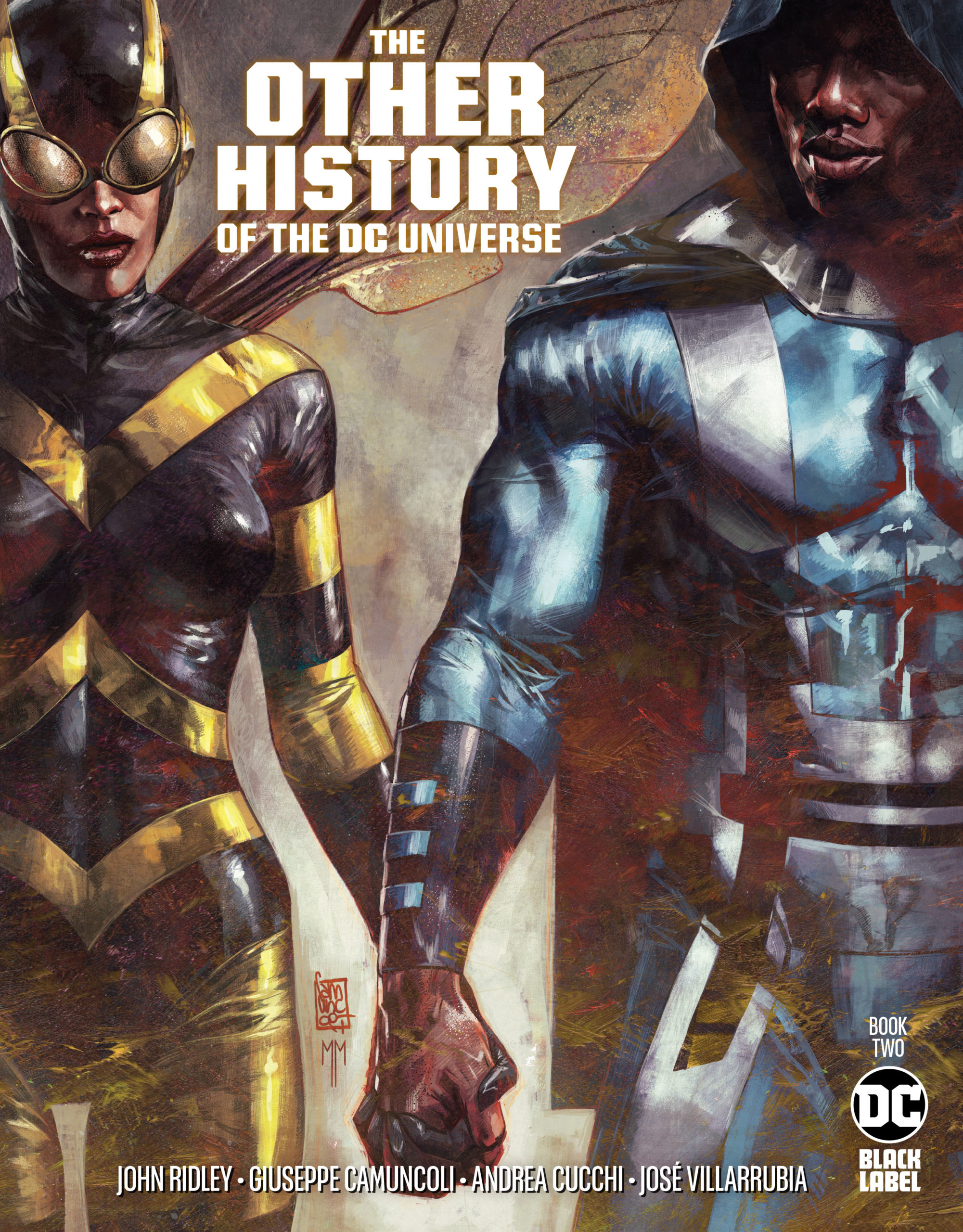 The world seen in the first issue of The Other History Of The DC Universe was heavy, but extremely necessary. I learned things I never knew about Jefferson Pierce, as well as things seen from a point of view that isn’t regularly discussed in comic circles. It was all vital.

Coming into The Other History Of The DC Universe #2 that same treatment is given to Mal Duncan and Karen Beecher- Duncan. We see their stories, and the way that their lives went through their eyes.

Mal Duncan and Karen Beecher-Duncan are heroes, plain and simple. In this issue they look back on their lives, and the highs and lows of being a black superhero/heroine in the 1980’s. Mal was recruited by the Teen Titans after inadvertently helping them in an undercover mission in his town.  He would go on to become The Guardian and The Hornblower in the years following.

Karen had a slightly different path, as she watched and stood by Mal until the Titans treatment of him gave her no choice but to suit up to highlight their indifference to him, but this backfired, and she became Bumblebee; the first black female superhero.

Like Jefferson Pierce, Mal and Karen give readers voices that they previously hadn’t heard. This all makes sense, given the title, but it shows heroes like the Teen Titans in a far less complimentary light. How the heroes treated both Mal and Karen, and how these instances affected them individually, feels like a genuine conversation, and is brilliantly written.

There’s a lot to unpack in this issue, and it at times it’s hard to digest. This isn’t a negative, as it opens your eyes to seeing certain time frames differently. The way they integrate the DC Universe and our world is seamless. John Ridley and the team continues to exceed any expectations I could have held for this series.  The artwork is so beautiful, and it really mirrors the style of the comics from the 80’s.

If I had to name my favorite moment from The Other History Of The DC Universe #2 it would be when Karen’s explaining her feelings regarding fellow Titan Donna Troy getting married to Terry Long.  It’s incredibly relatable, as we hear her describe the differences between Mal and herself inviting their friends to their own wedding, versus how it was at Donna and Terry’s. You can feel her pain, and it’s entirely valid after witnessing the entire events, as they unfolded.

The writing and the art in this series is way above par, but it’s the subject matter that makes it so important. Seeing these stories come to life from the point of view of characters who were actually there, is a true learning experience. While it’s heavy, it’s an essential read, in my opinion. It’s humbling, and gives a new level of respect to certain members of the DCU.