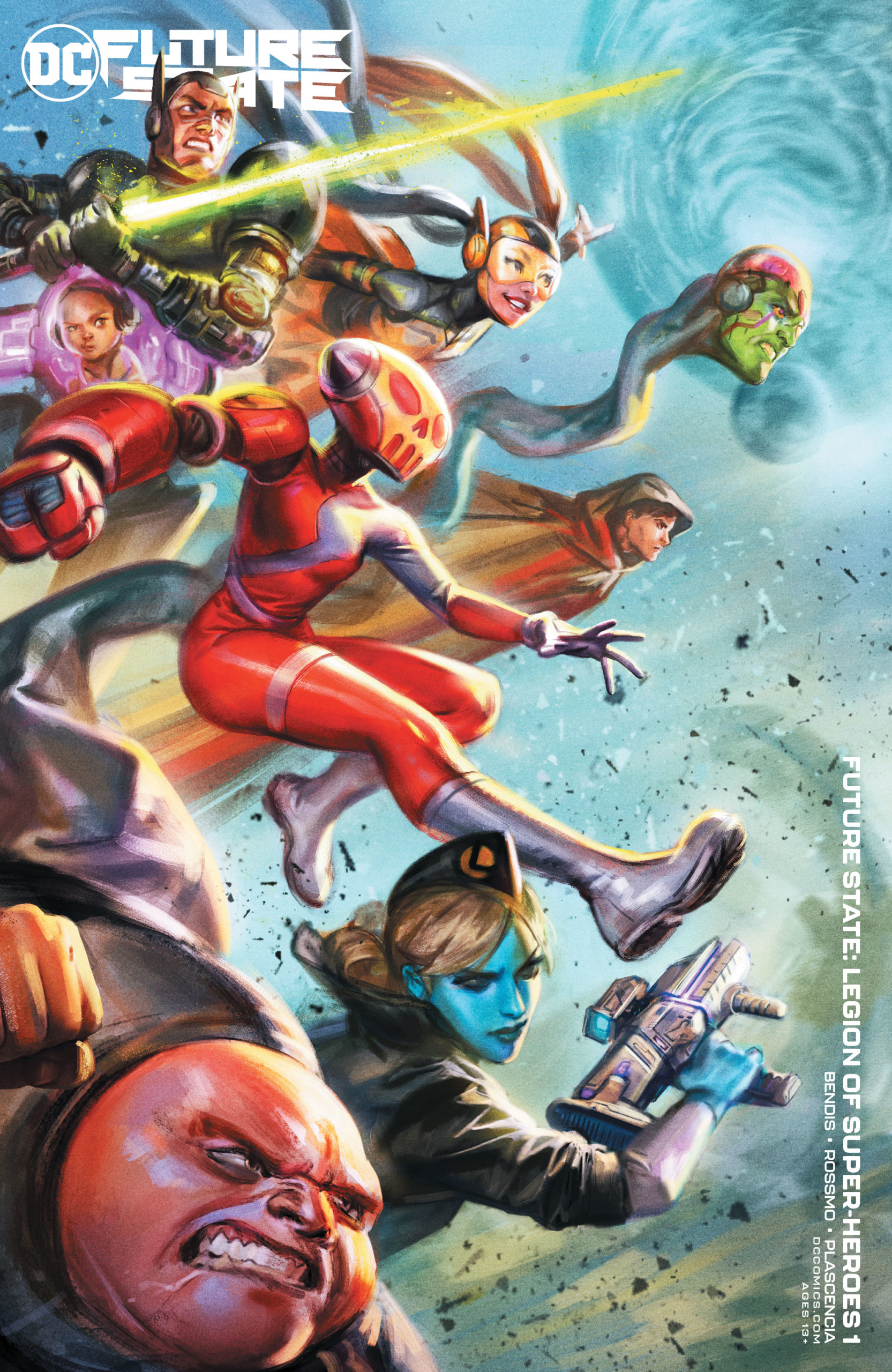 Welcome to the Future State: Legion of Super-Heroes #1

Whatever happened to the Legion? The team is no more, and the United Planets are in total chaos, as one of the Legion’s own has turned on the entire galaxy! Everyone is affected… and not everyone survived!

Ultra Boy tries to put the Legion back together to face the future head on! Find out the fates of all your favorite Legionnaires like Shadow Lass, Triplicate Girl, Brainiac Five, and Bouncing Boy.

Plus, we get a shocking twist in the Legion mythology, and a long overdue appearance by the Legion of Substitute Heroes!

So I thought that the Legion of Super-Heroes was set in the future anyway?  So why would we benefit of looking in on a Future State Legion when we have been reading that all along… right?

I get it, though. This is a Multiverse version of the Legion where this could be the real future, or just a possible future?  Holy Charles Dickens… we are experiencing a Scrooge hangover here. Long Live the Legion, but first they have to get back together again.

Riley Rossmo has this look in his art, where I almost feel like I’m reading an Umbrella Academy book illustrated by Gabriel Bá.  There’s something busy about his style, as it’s both sharp, yet all over the place.  I can imagine the “all over feel” is due to Bendis’ scripts.

However, Rossmo has had to veer off a bit, as this Legion doesn’t really resemble what the team’s looked like in years past.  I mean, even Triplicate Girl’s now down to a duo (like back in the 80s), and in the interest of a pronoun sensitive environment, it does get confusing. Kudos to Bendis in both making this move, but also showing the loss the other two feel in that one of their “selves” is no longer in being.

Oh… and you have to love Blok! 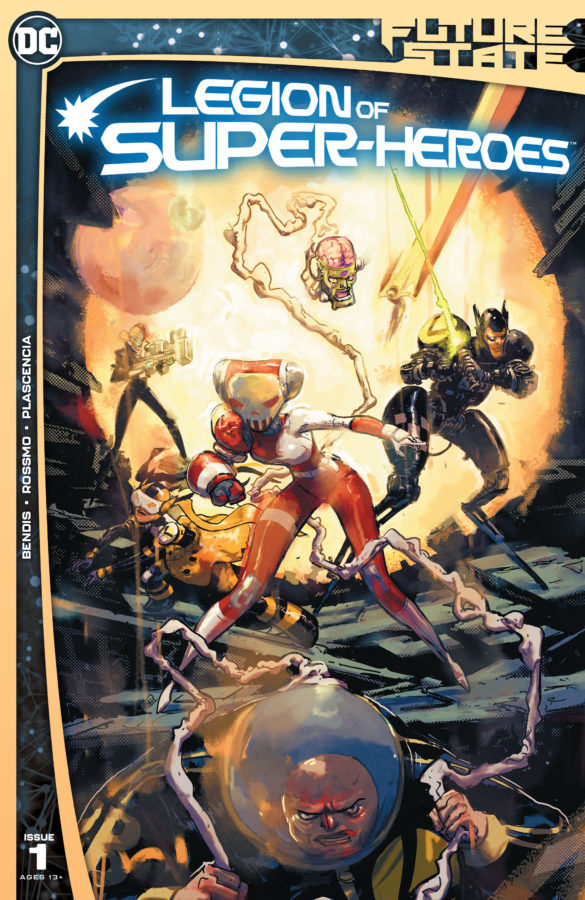 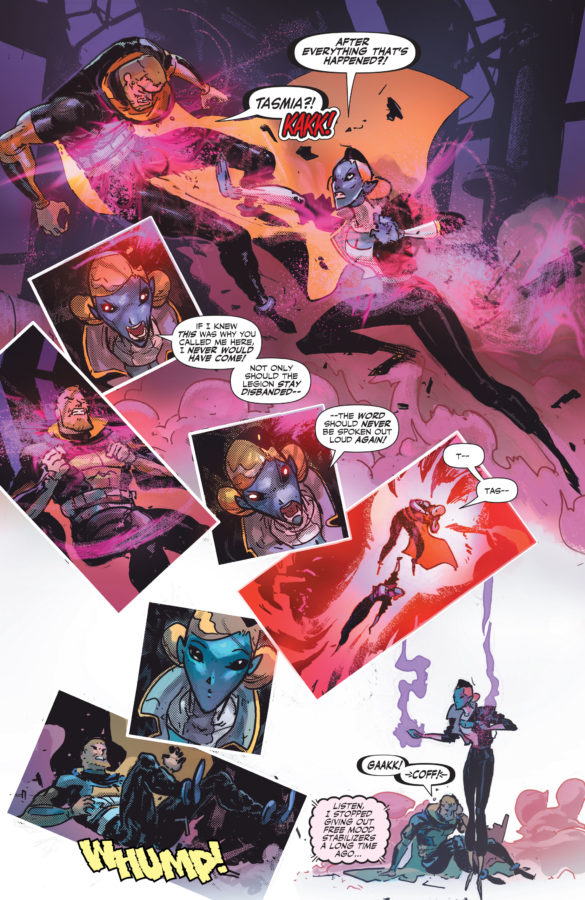 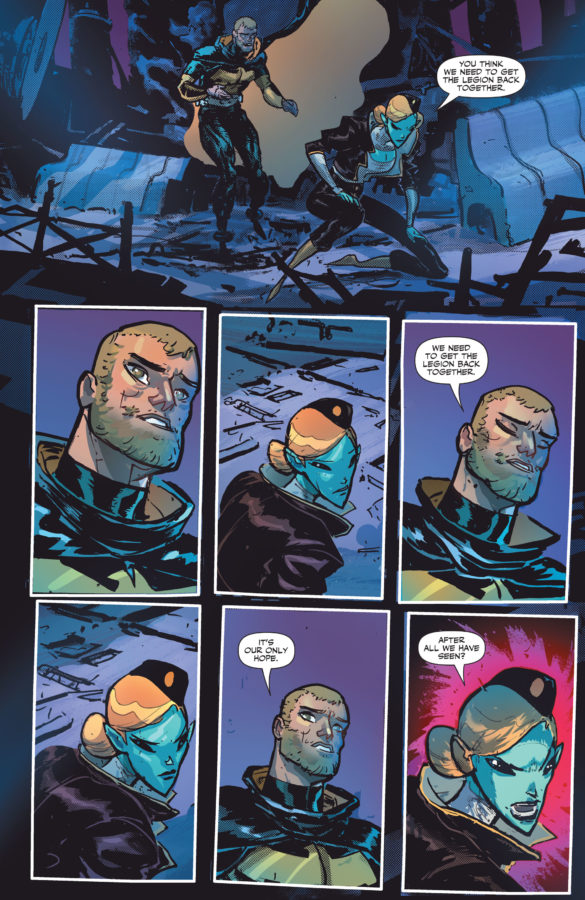 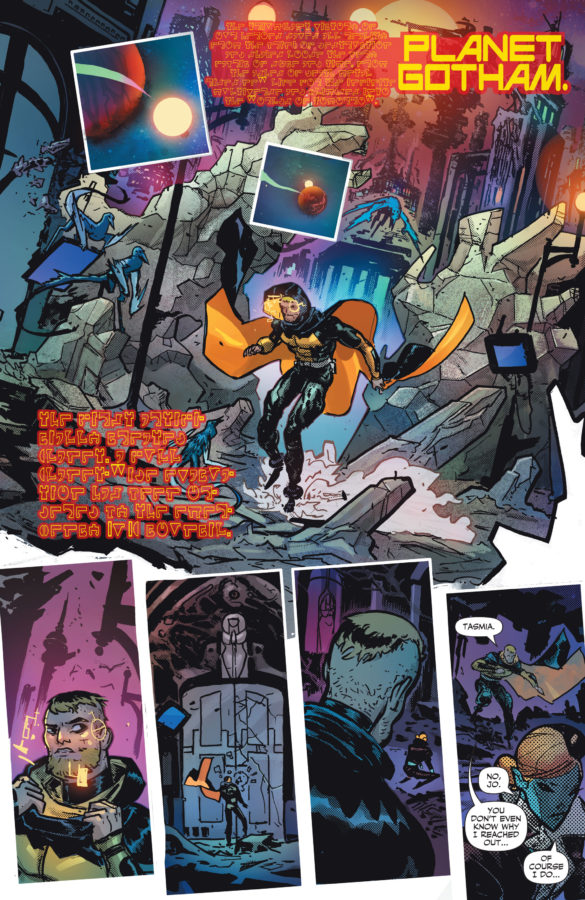 Bendis seems to have read a bit more from the Umbrella Academy folder, as the time jump seems to be his major storytelling tool in this Legion tale.  All the changes that have occurred seem to have been caused by an event called the “Elemental”. The nature of the phenomenon is unclear, but it appears that anything associated with the United Planets has been destroyed. the The Legion is no more.

For just a five year jump, Brianiac’s now in his seventh form and not in the typical body we would expect.  Cue the Tom Petty….”I’m free…”!

Let’s face it.  Saturn Girl’s skull-faced armour is one thing, but all these costume changes in a Legion scramble is going to wreak havoc on casual readers that had may have picked up Bendis’ work on the regular Legion timeline. Historical fans of the team may, or may not, appreciate the nod to the Substitute Heroes, but as a casual fan of the Legion, I saw this as a vehicle to add more cast of characters to the team… or what is left of it.

Bendis’ run on this comic has been interesting.  I came into Legion being a casual fan, especially since I first encountered this series back in the 1970’s.  Lightning Lad was my favorite back then, due to his costume, but I quickly needed a road map to keep track of all the other characters.

Initially, Bendis used the floating name tags, geography banners, and a few word bubble tricks (way to go Saturn Girl! No problem Superboy!) While I loved the art in , the script is like someone trying to cook an omelette, flipping it and then finding out we are having scrambled eggs for dinner.

Celebrate the Snyder Cut By Ordering Food in a Mother Box