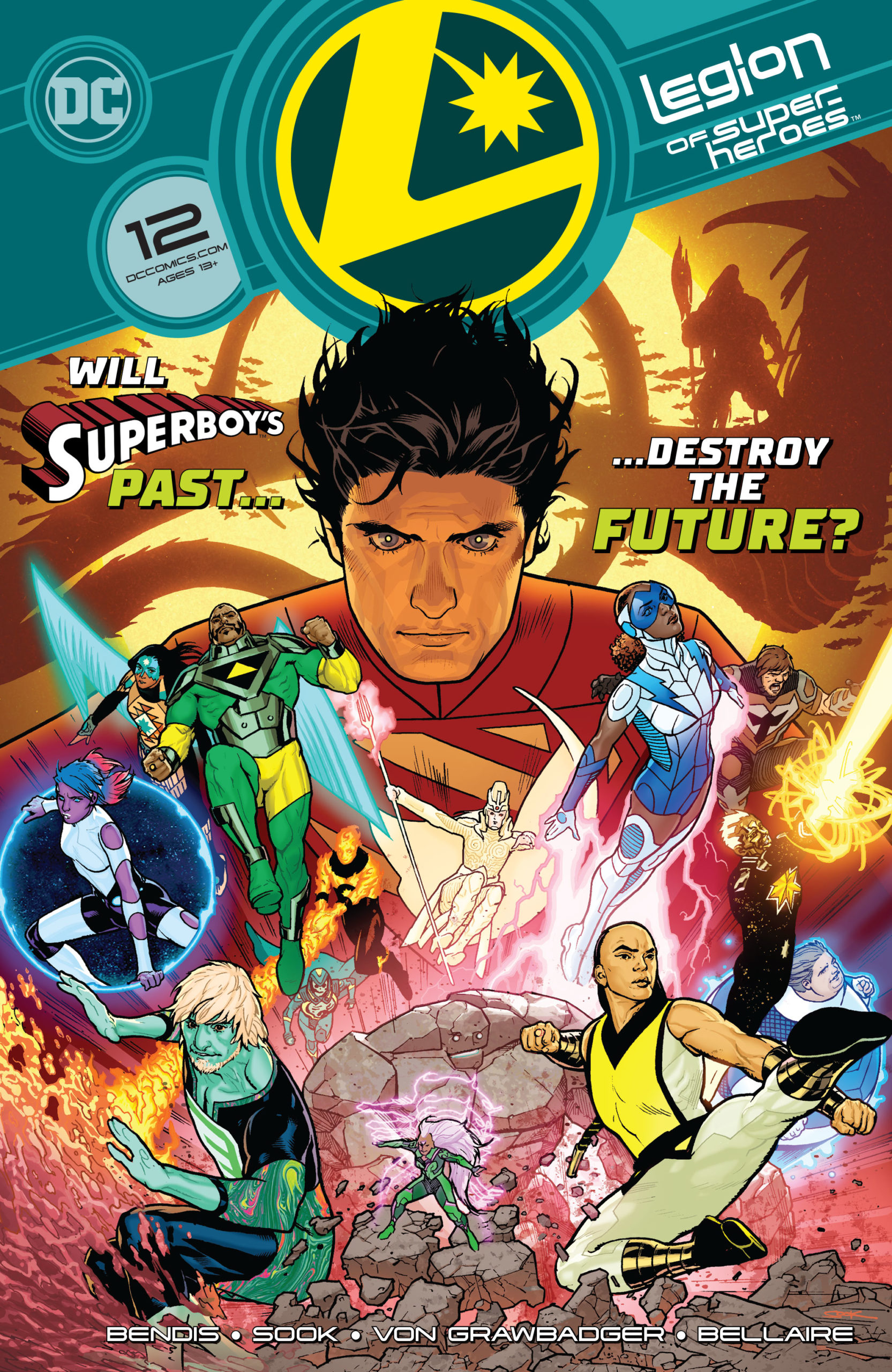 Welcome to the 31st century and Legion of Super-Heroes #12!

The battle for New Krypton is on! This powerhouse issue features the Legion confronting the greatest challenge of any era! With New Krypton on the verge of destruction at the hands of one of Jon Kent’s deadliest foes, the young hero may have to make the ultimate sacrifice to save his friends, his family, and his heritage—but it could lead to the start of a monumental new chapter in the future of the DC Universe! Long live the Legion!

Rogol Zaar and Mordru – The Legion has its hands full on New Krypton!

Bendis has once again provided his formula of a spotlighted Legionnaire, and in this case it is Saturn Girl (Imra) providing a confessional that maybe she didn’t get it right, by bringing Superboy to the 31st Century.

In fact, Imra acknowledges that as an enthusiastic telepath, she “convinces” others to basically do her bidding.  The fact that she admits this is pretty stellar, and is probably one of the more enlightening confessionals of a hero that Bendis has written. 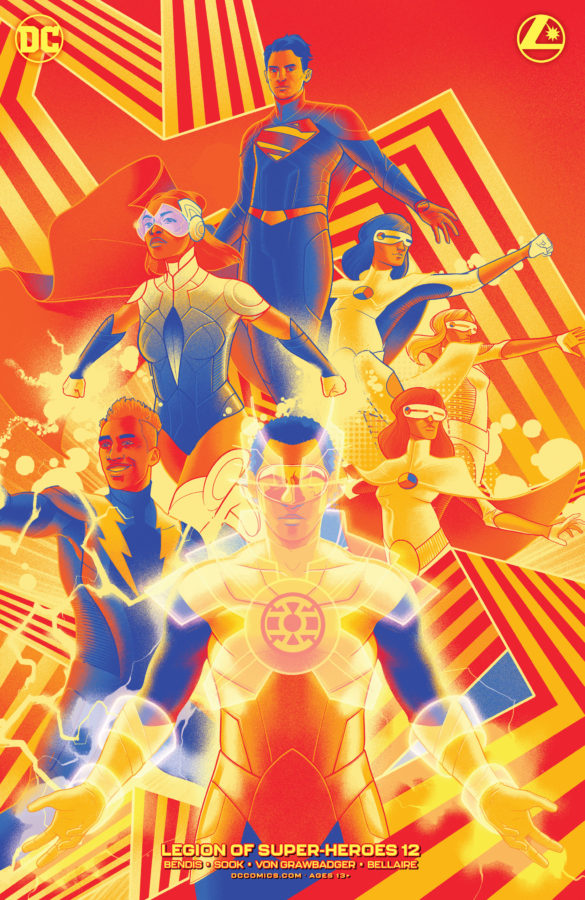 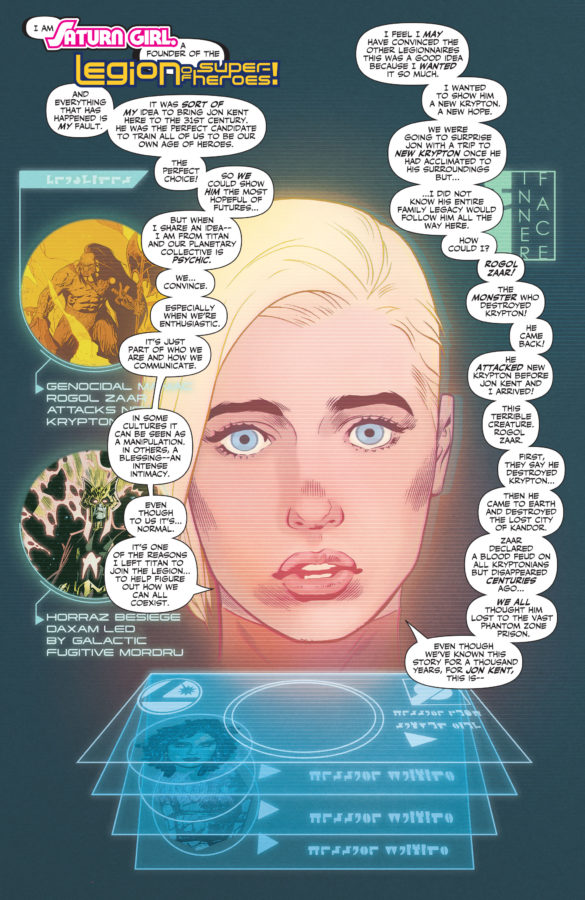 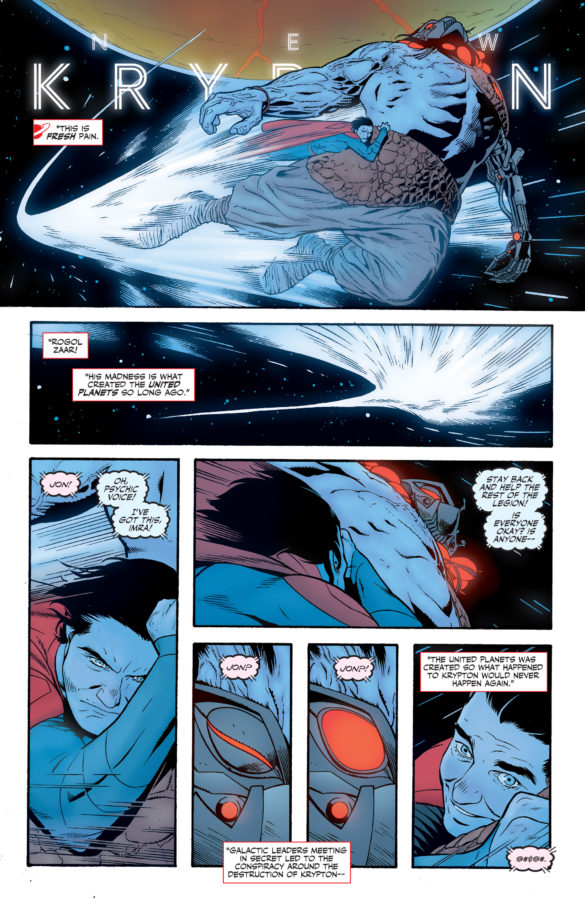 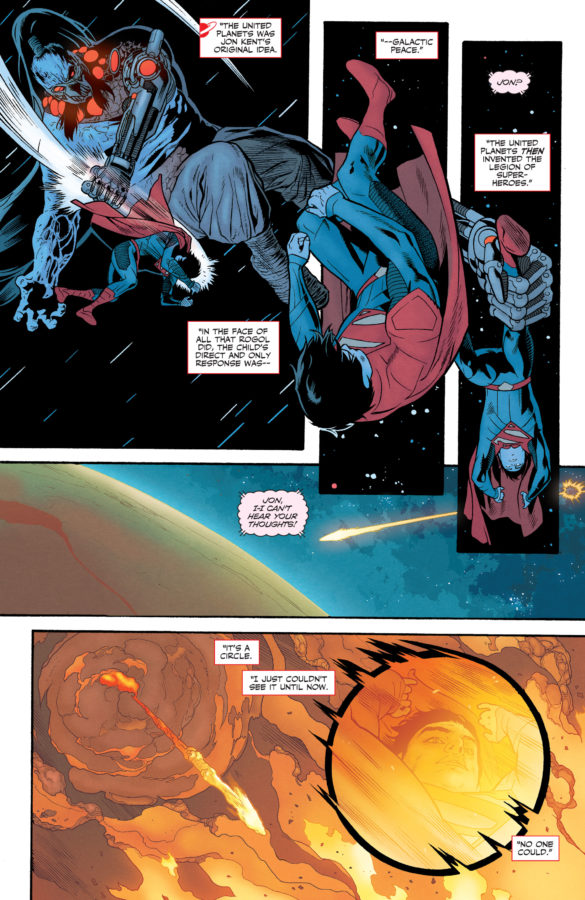 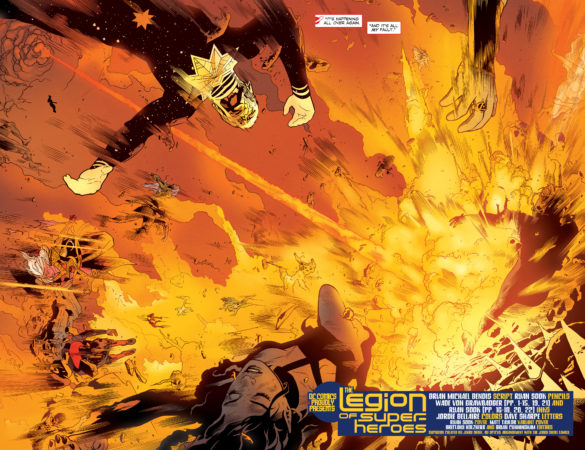 Here on your left you’ll see…

Bendis has done a great job, or homage, with the scene switching with Ryan Sook and Wade Von Grawbadger at the  artistic helm, giving the banner cues as to where the action is taking place.  I have said in the past that there’s an Avengers or Guardians of the Galaxy movie feel to this particular series.

With a cast as large as the Legion, and with the numerous planets, a reader could get really lost, but Bendis et al have put us right into the action easily with this formula.

This story is all over the place.  First I thought it would be a solo battle between Jon and Rogol Zaar (here looking like Hannibal Lecter), but then we get an all out Legion call that appears to highlight everything a group of twenty somethings would do.  You have some experienced powers at play, true strategy, a witty aside or two, and some mistakes.

We boil it down to The House of El with Jonathan Kent and Mon-El working together to defeat Zaar?  What?  Mon-El was just throwing a tantrum at being even related to Jonathan, and now he’s battling alongside him, and trading quips?  I feel like I’m watching a bad soap opera.

All That Glitters is Not Gold

Bendis ties up everything in a fairly neat package, with Element Lad coming in, to turn all the trash and rubble from battle into a bed of flowers.  We’re then left with a cliffhanger on how Gold Lantern was given his ring.

Bendis’ run on this comic has been interesting.  I came into Legion being a casual fan, especially since I first encountered this series in the 1970’s.  Lightning Lad was my favorite due to his costume, but I quickly needed a road map to keep track of all the characters.

Initially, Bendis used the floating name tags, geography banners, and a few word bubble tricks (Way to go Saturn Girl!  No problem Superboy!) to keep the readers informed, will that continue moving forward into Future State? Join me next week, to find out.