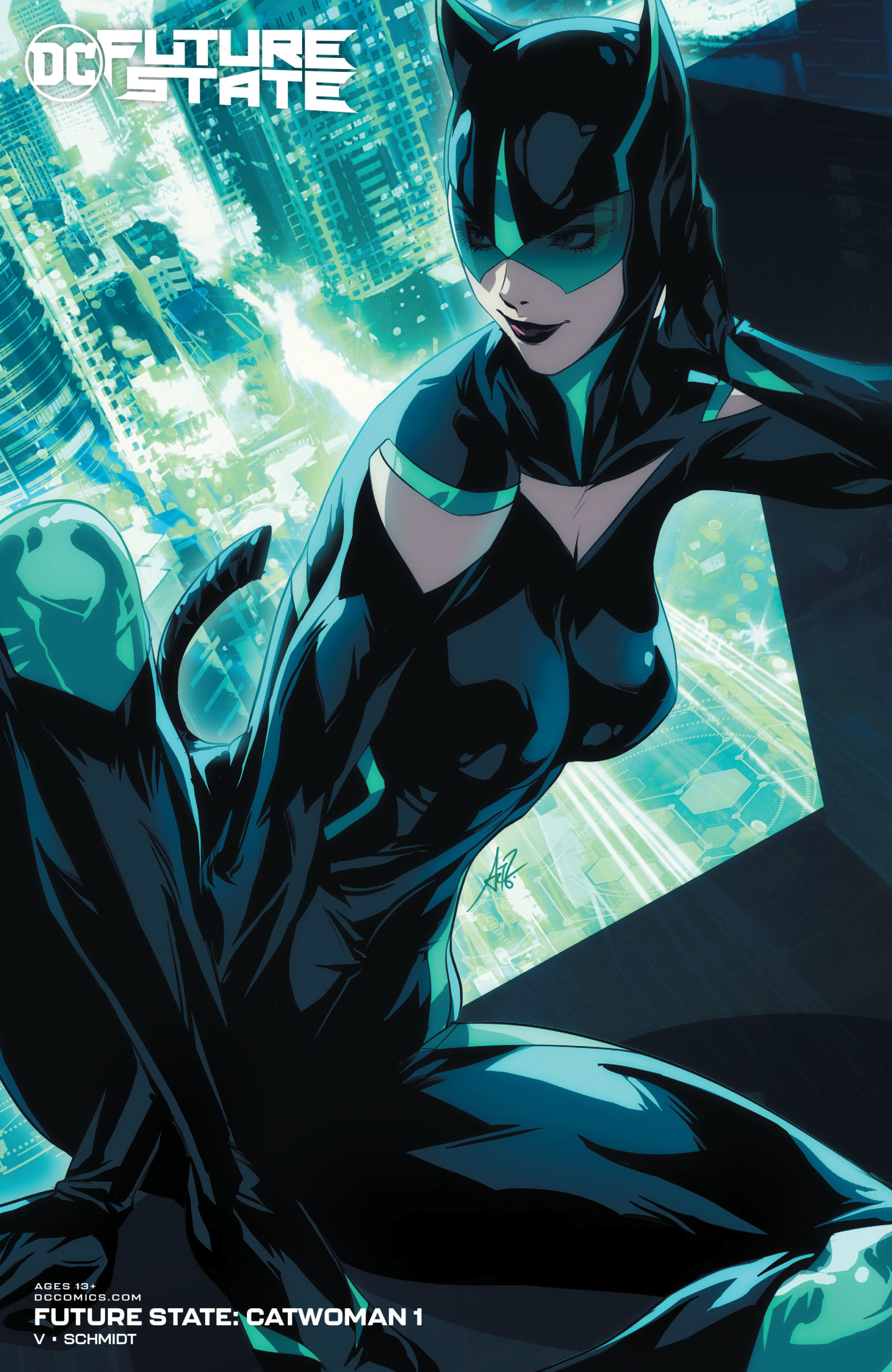 The way ahead seems bleak. We cannot leave our homes and the economy is in the toilet; and that’s today, in the real world. The state of Gotham City in Future State Catwoman #1 is even more severe. In this issue we’re given the vision of a city being evacuated and Batman dead, but we could see a shining figure for those in his shadow.

I have high hopes for Catwoman’s immense organisational, and leadership skills. If reading Charles Dickens from a young age has taught me anything, it’s that street kids get the job done every time. The greatest thief in DC Comics is at her very best in these pages. 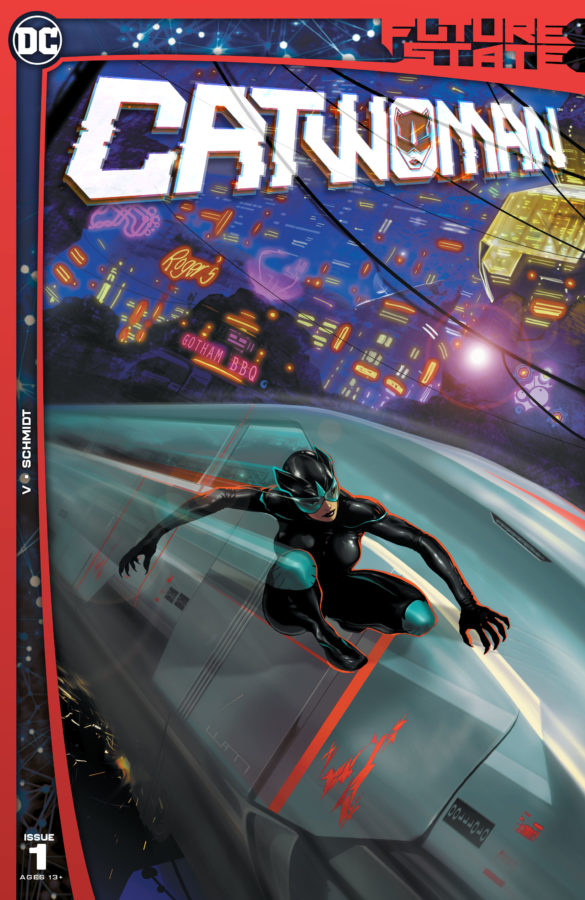 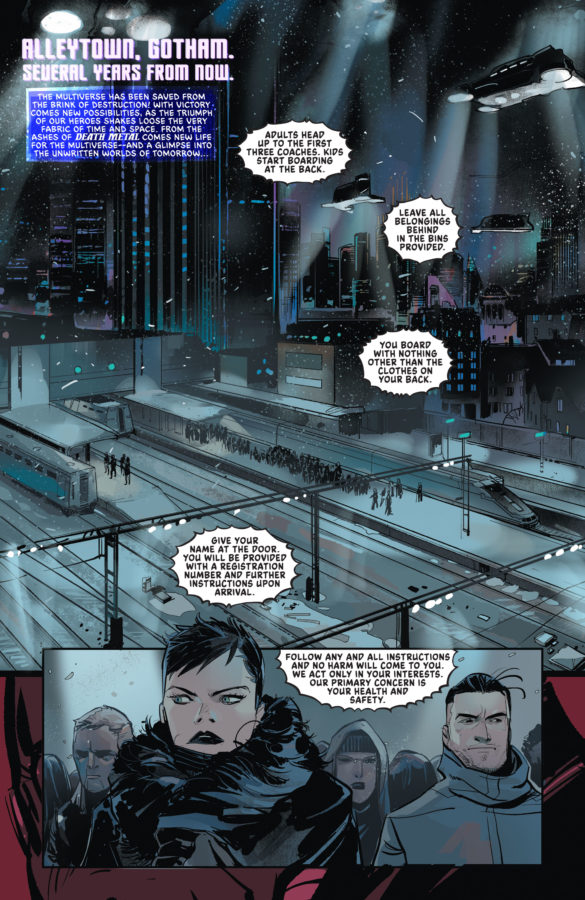 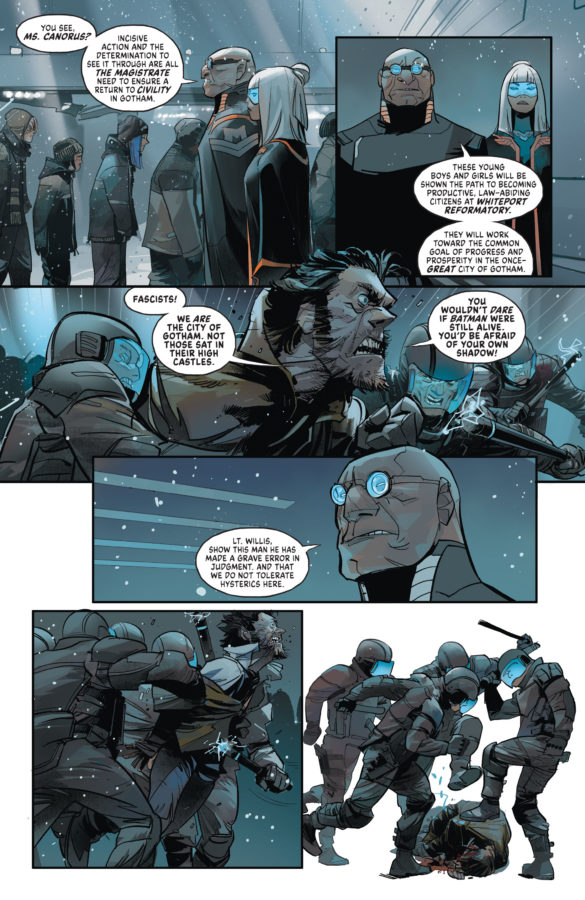 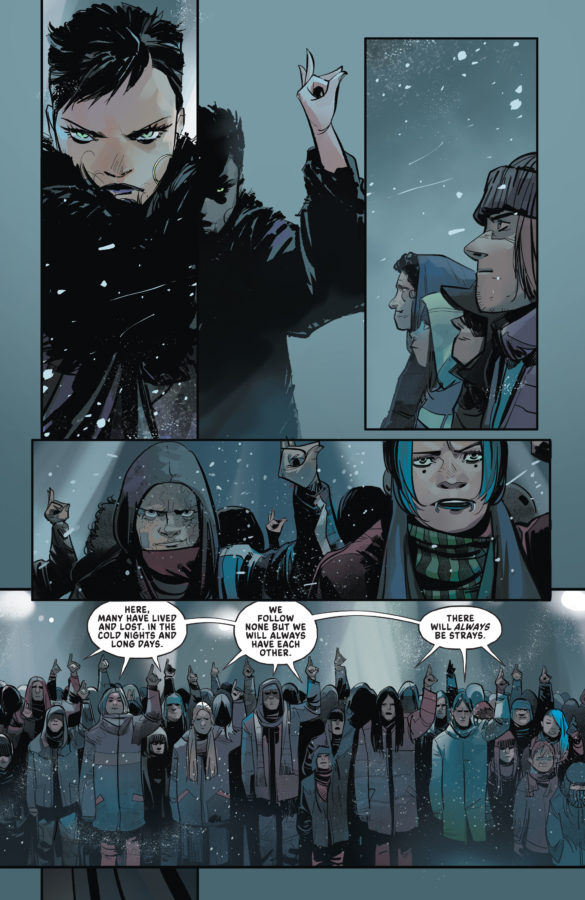 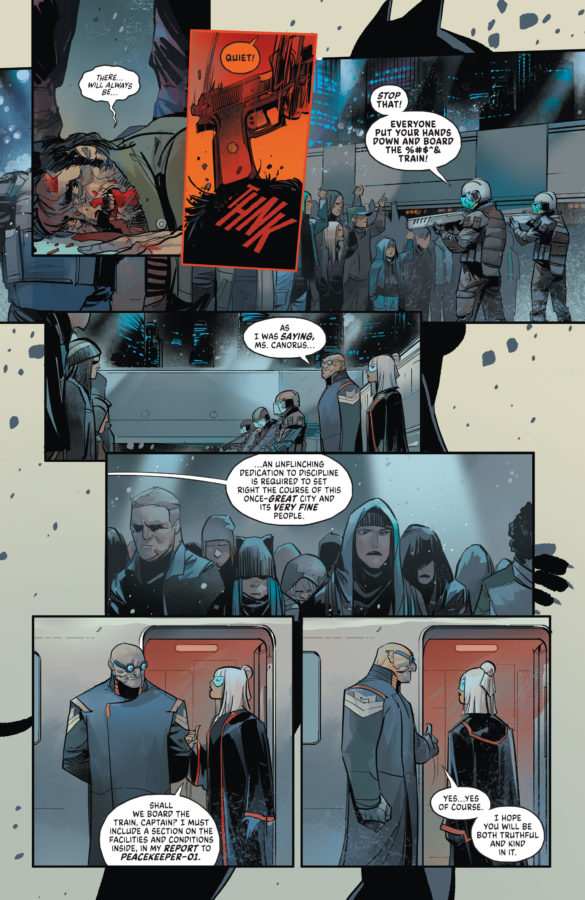 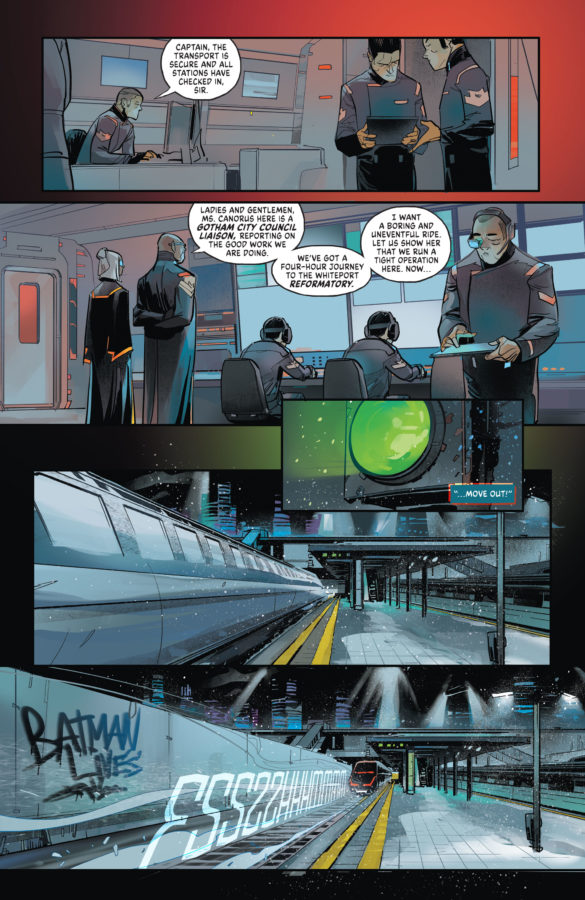 We’re given many quick, consecutive panels, and flashes of a ticking clock throughout. The time feels strained, and the movements are frantic. It draws a reader into the action.

The colour scheme does wonders for making this future seem lived in, and full of despair. Future State Catwoman #1 brings the deep, muted blues of winter cold around the streets of an apparently abandoned Gotham. Inside the train itself, the tight panels and vibrant reds make everything feel all the more claustrophobic. This issue draws us in with the visuals we’d expect from an uncomfortable future train ride.

I do love a well handled dystopia, and this issue sets the scene for that with minimum exposition, little unnecessary context, but maximum intrigue. This issue teases us with so much; Gotham closed, Batman “dead”, tyrants calling the shots… we’re given a rich vision of the future, coloured perfectly by masterful artists. We’re given nothing to spell why the world is the way it is, and this leaves many, myself first of all, so excited to find out what the state of this future might be.