Fans in America are spoiled, they really are… but this time there’s a silver lining for folks in other parts of the world. DC Universe Infinite, the ultimate online library of DC comics titles, will launch with over 25,000 issues and graphic novels this week, and will become a global platform over the course of 2021. Now that’s news well worth celebrating!

Destinations outside of the US and Canada never got the DC Universe streaming service, and we’re still waiting for HBO Max, too, but now we have something to look forward to.

The Fan-First Platform Features The Largest Collection of DC Comics Anywhere
With Iconic Comics and Selections From DC’s Vertigo, Black Label
and Milestone Media Catalogues
Available in the U.S. On January 21
The Platform Will Expand
Globally Later This Year
Subscribers Will Have Access To DC’s Best-Selling Titles Including HELLBLAZER, LUCIFER, BATMAN: DAMNED, DARK NIGHTS: DEATH METAL, DCEASED: UNKILLABLES, and More! 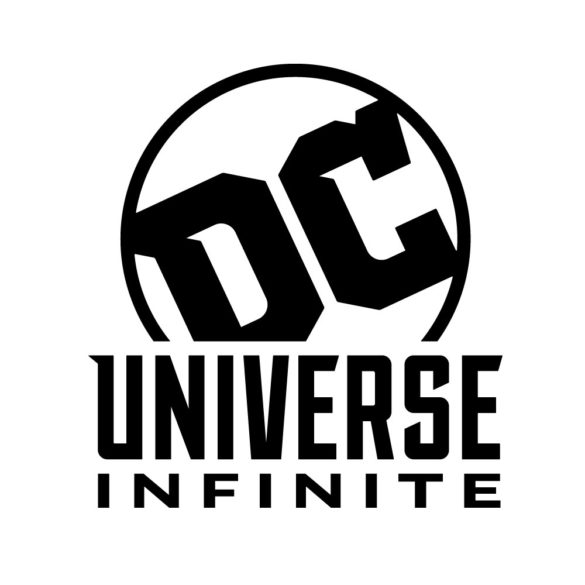 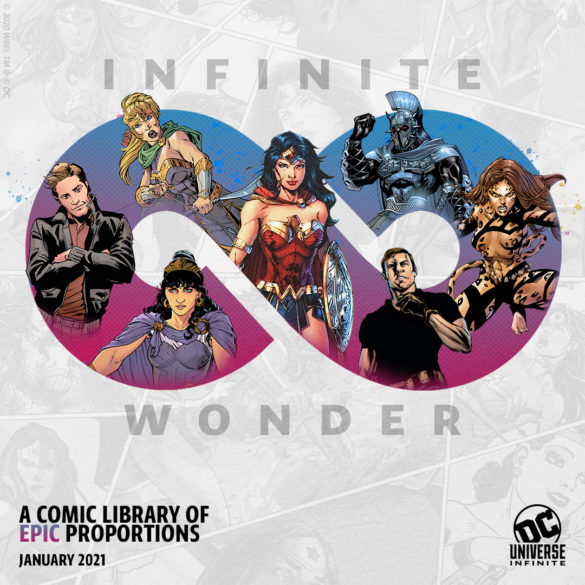 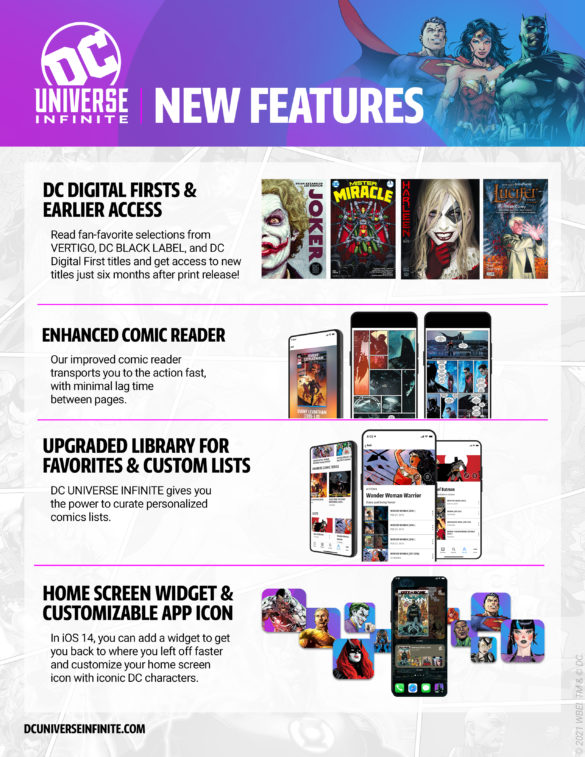 DC UNIVERSE INFINITE is presented in a sleek, newly designed app with updated personalization features and an enhanced comic reading experience. Current DC UNIVERSE subscribers will not need to create a new account, as their DC UNIVERSE login will transfer to DC UNIVERSE INFINITE. Fans can download comics, graphic novels and originals for unlimited offline reading on their favorite devices from a smartphone or tablet. 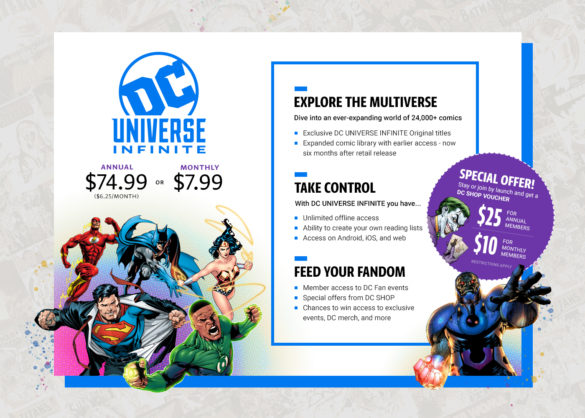 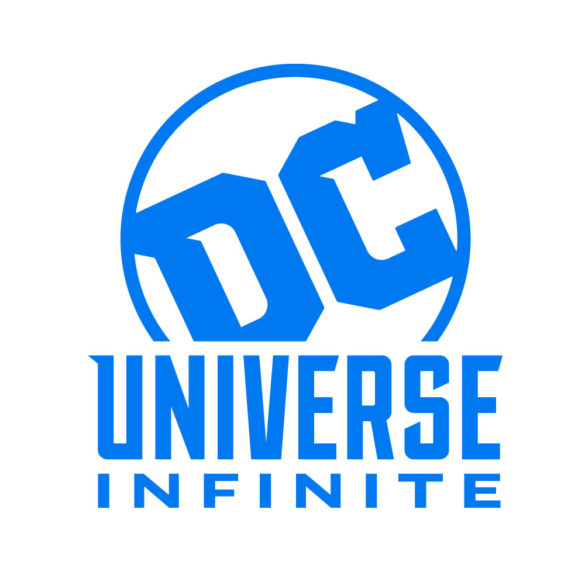 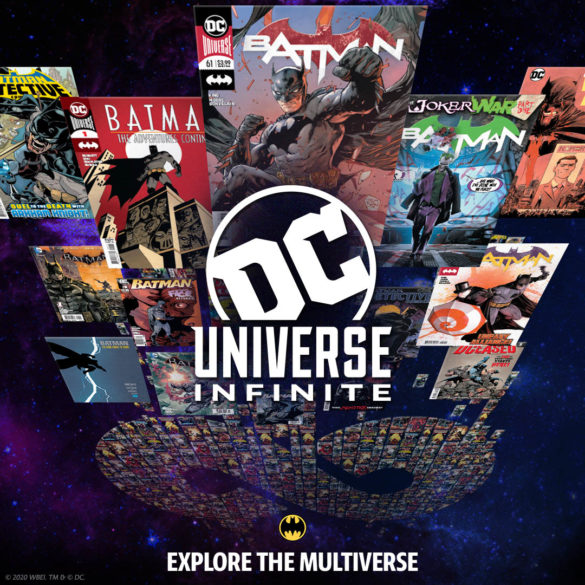 Titles from DC’s archives, with a big focus on Milestone Media titles after launch like:

Expect to see batches of archived titles from the DC vault!

In addition to the extensive digital comic library DC UNIVERSE INFINITE provides, fans will also find a portal into the DC COMMUNITY hub at community.dcuniverseinfinite.com, and it’s entirely free! With another portal located on dccomics.com, DC fans from all walks of life have their new home for deep diving into spirited discussions, thoughtful book clubs, hard-hitting trivia challenges, and live DC talent Q&As, all in one positive and friendly space. Stay tuned for the DC COMMUNITY’s full calendar of events planned for 2021.
Fans can also enjoy a brand new DC SHOP at Shop.dccomics.com with the latest merch from every fan’s favorite DC shows, movies, and characters. The DC SHOP has a wide assortment of gear and collectibles, including exclusive, limited-edition products dropping regularly.
In addition to DC UNIVERSE INFINITE’s debut, dccomics.com has new updates with design tweaks across the site making it easier for fans to connect to new content, products, and fellow fans. 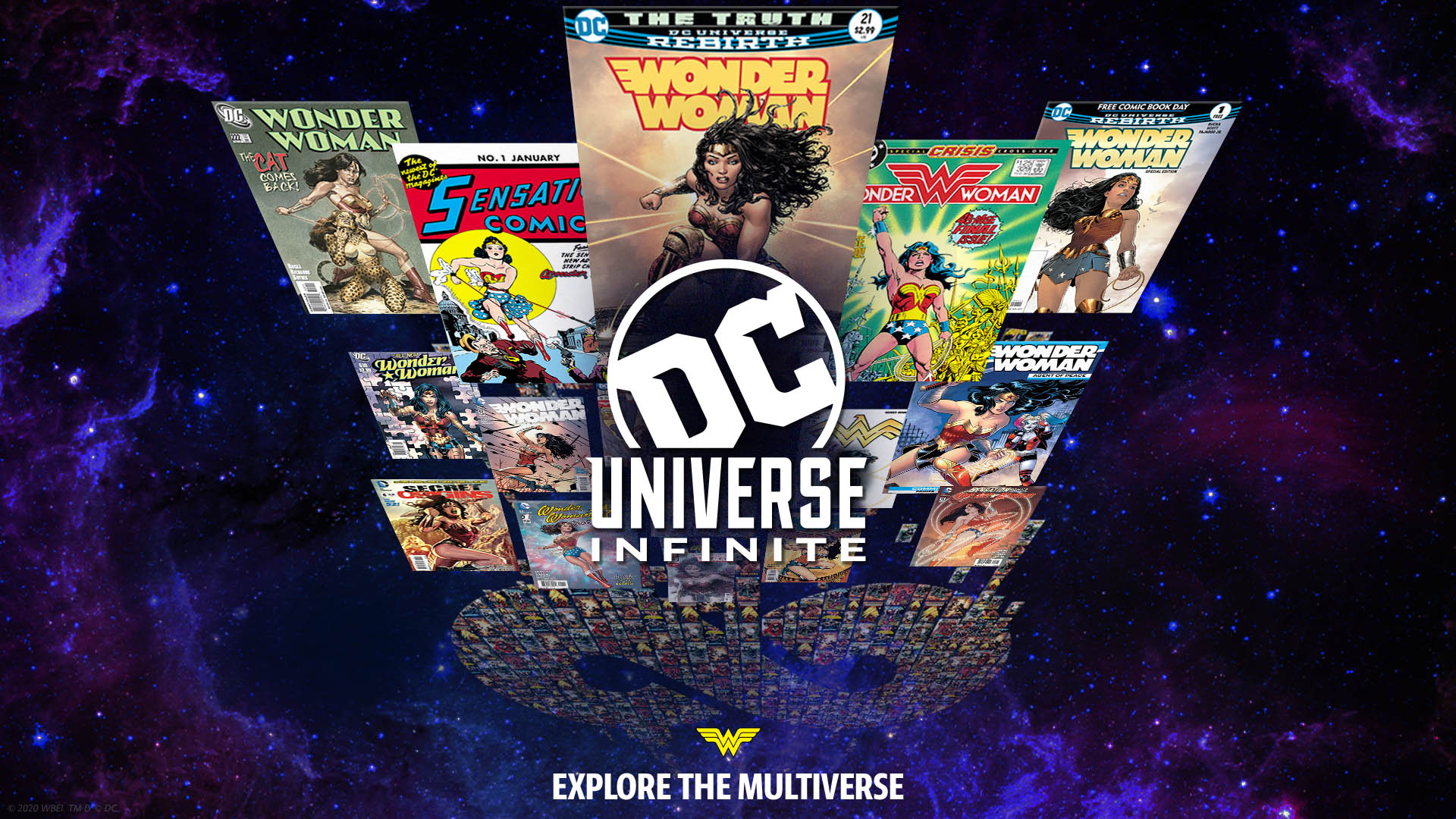 HBO Max is the home for premium video content that will include new DC series, key DC classics and DC UNIVERSE originals like Young Justice Seasons 1-4, Titans Seasons 1-3, Doom Patrol Seasons 1-3, and DC’s Stargirl Season 1. Additionally, HBO Max has ordered a third season of Warner Bros. Animation’s critically acclaimed DC UNIVERSE adult animated comedy series Harley Quinn, starring Kaley Cuoco, who also served as executive producer during the first two seasons along with Justin Halpern, Patrick Schumacker, Dean Lorey, and Sam Register.  Harley Quinn will be a Max Original going forward, and all three seasons of the show will be available.
DC UNIVERSE INFINITE is available online at DCUniverseInfinite.com, iOS and Android devices for $7.99 a month or $74.99 a year ($6.25 a month). DC UNIVERSE INFINITE subscribers in good standing who were existing members of DC UNIVERSE or who joined during the DC UNIVERSE INFINITE pre-order offer window and who enrolled in auto-renewal, will receive a special thank you voucher redeemable at the DC Shop, on or after February 1, 2021, subject to terms and conditions. Annual subscribers will receive a $25 voucher, while monthly subscribers will receive a $10 voucher. See full terms and conditions for details

I am beyond excited, and so is my wife! A gargantuan library of comics, that takes up no space in the house?!? Sign me up! Now all we need is news as to when this amazing service will launch on this side of the Atlantic.