Jayme Lawson Reveals More About Bella Real, Her Character In ‘The Batman’

Rumors abounded when Jayme Lawson was cast in Matt Reeves’ The Batman. Would she be Gotham City’s new Batgirl/Barbara Gordon, or a brand new character? When eagle-eyed fans spotted the character name Bella Real, and her job, many considered the name a red herring, as Babs Gordon was and is a mayoral aide in the comics. Finally the Colored Girls, and Farewell Armor star has shed some light on the matter.

Speaking to The Hollywood Reporter, the actress had this to say:

To be quite honest, I am bluffing every day, and I think that ties in with my character. She’s gotta fake it ’til she makes it. She’s running up against the big dogs, so there’s not much transformation that’s happening when I show up on set. I’m surrounded by a lot of great talent and I’ve just gotta fake it. So I’ll be as nervous as can be, but I can’t let it be known. So I just do what I’ve gotta do. It’s working out so far, so that’s good. 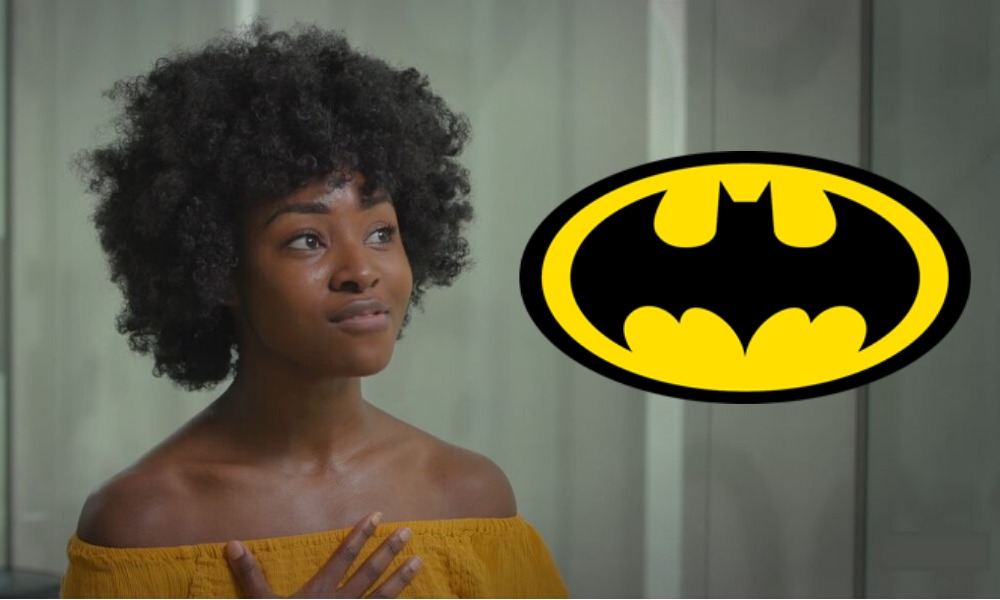 On the differences between Farewell Armor, and The Batman:

On Farewell Amor, we’re working with one camera, a small crew and a tiny cast, and then my first day showing up for Batman, we’re running four cameras simultaneously… and I’ve never experienced that. Farewell Amor was my first time on a film set, so to jump into that… the crew is huge, and the production is huge. (Laughs.) So in that way, it was as jarring as I expected. But I still felt welcomed and like I belonged, which I wasn’t expecting.

As a newbie, as a freshman in this industry, I was really scared that when I got there, Matt (Reeves) was going to look at me and be like, “Well, why did we hire her? What is going on? Get somebody else in the room.” (Laughs.) But it wasn’t that at all. I felt and still feel like I belong in those rooms. And the crew is amazing on Batman. Everybody is just so warm and lovely. You hear horror stories about your first set experience with a big cast, and it just wasn’t that and it hasn’t been that. So that was a beautiful surprise. That was a real, real nice surprise to have.

While not a whole lot of clarity is gleaned from these quotes, it does seem that Bella, whoever she is, isn’t the confident, strong willed and capable character that everyone knows Barbara Gordon to be. Looking deeper though, there are no denials there, nor confirmations. Personally, I’m sticking to the hope that she is Jim Gordon’s little girl, but is maybe going by a different name after her parents split. Hey… I can dream, can’t I?

Jayme Lawson reveals a lot more, and her full interview with THR can be found here.