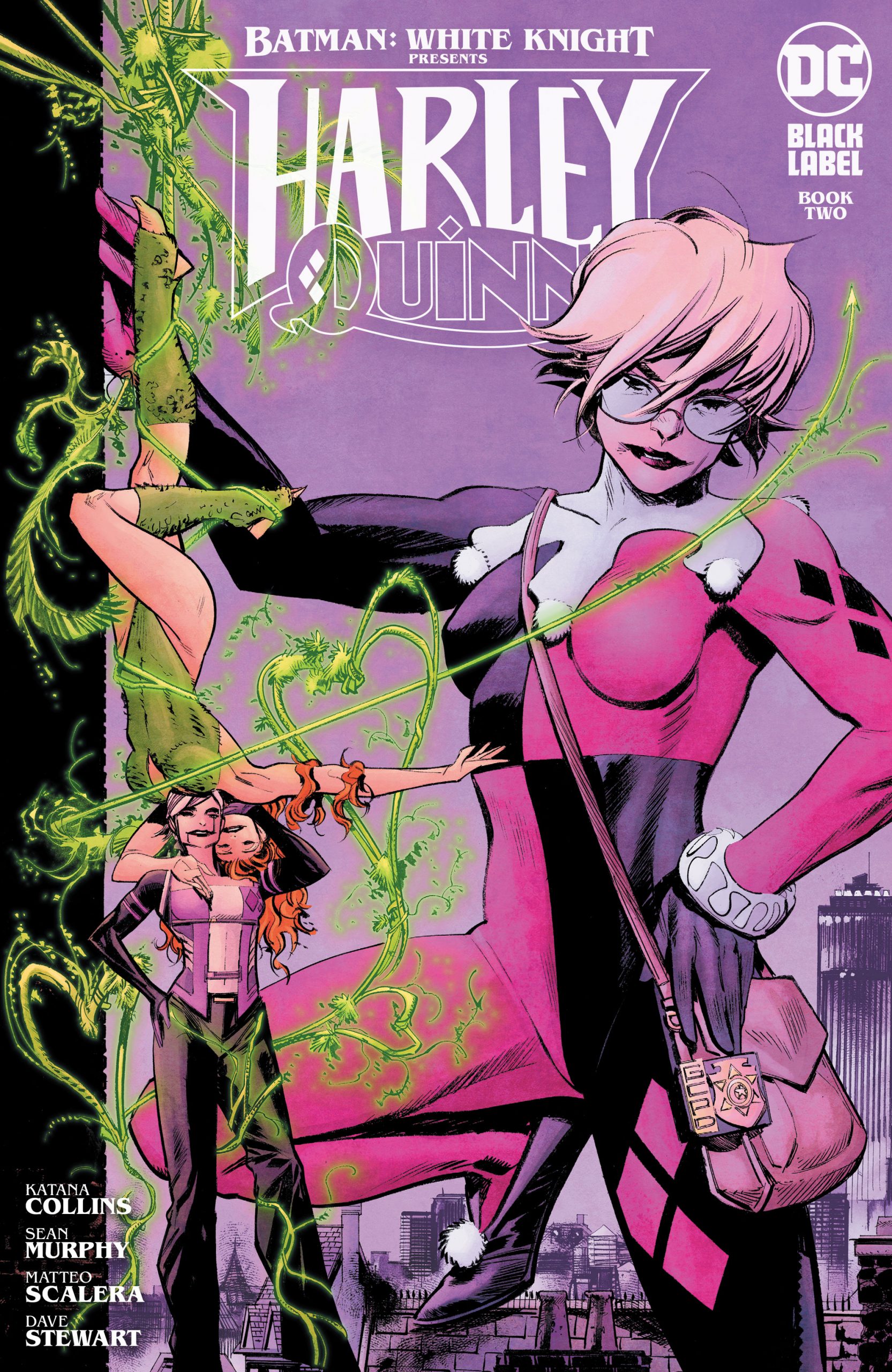 There Are Worse Things To Be Compared To

When we last left Harley there was a new face in the villain crowd. Older celebrities in Gotham were dying, and no one knew why, though all eyes were on Neo Joker as one of the players.  We jump right into that for the opening of Issue #2, and this book gives us a lot to chew on.

This issue’s a jaw dropper in many ways. The story sucks you in with great writing, and beautiful art, but to also relive the memories, like seeing Bud and Lou, are some of my absolute favorite moments. This all, quite literally tugged at my heart strings, and I was unprepared. The character depth moments are part of what makes this world so grand and so real. We get chance to see the world through Harley’s eyes in a manner that isn’t toxic or crazy. Seeing Jack as Harley does, in a fresh new way, is genius. The struggles with mental illness are handled respectfully, and not used as a show pony, but as a driving force in telling the story. 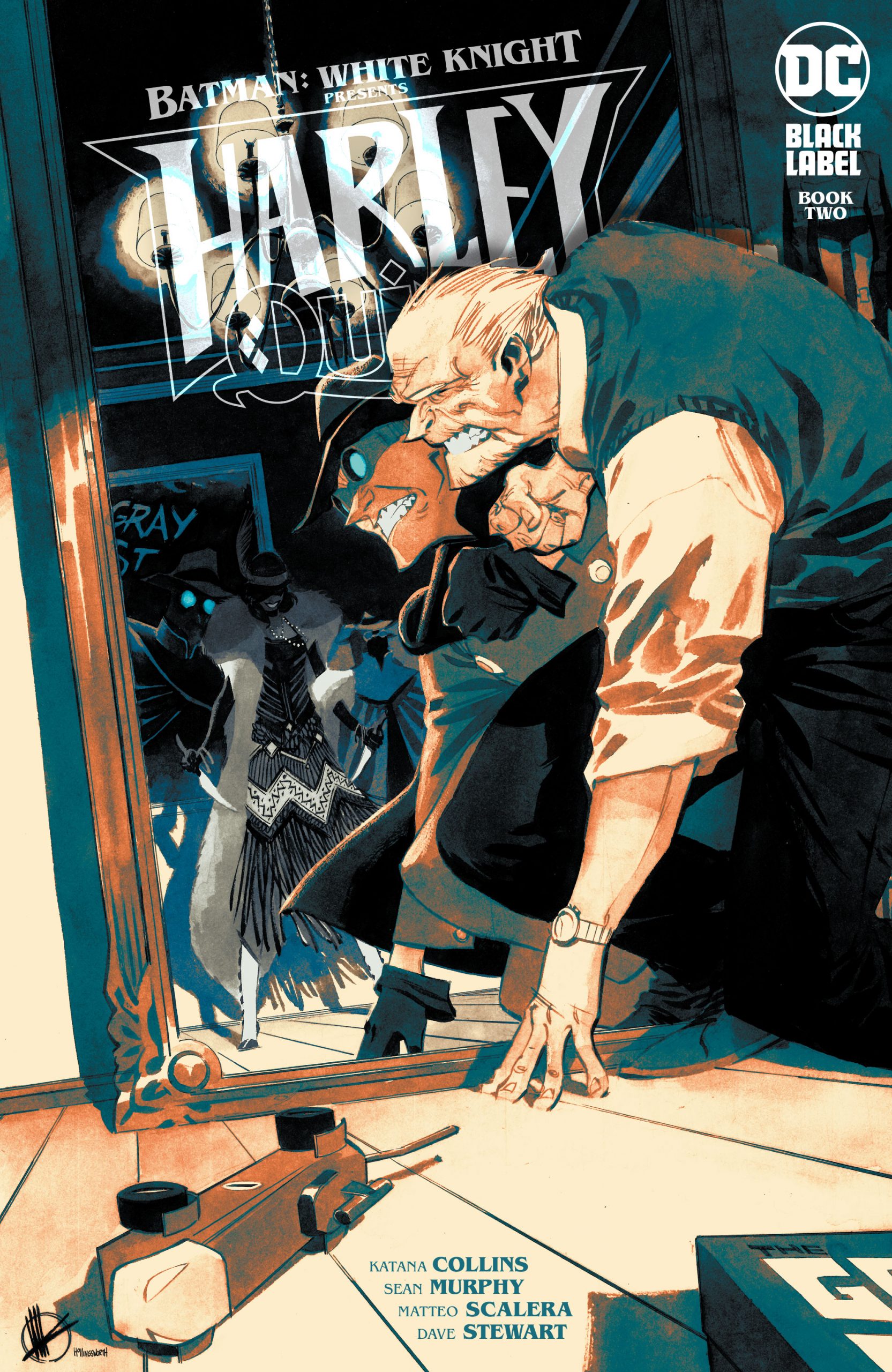 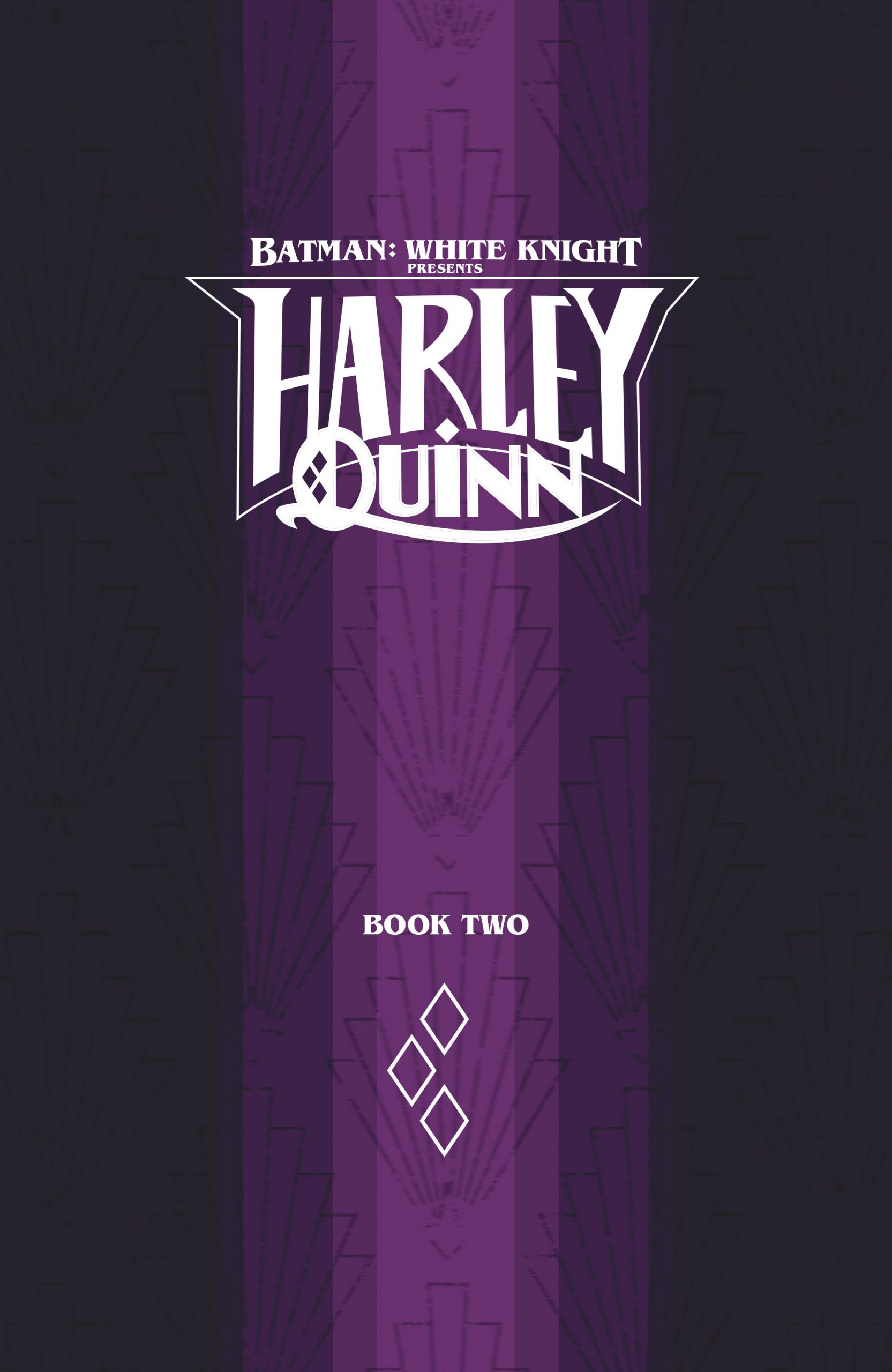 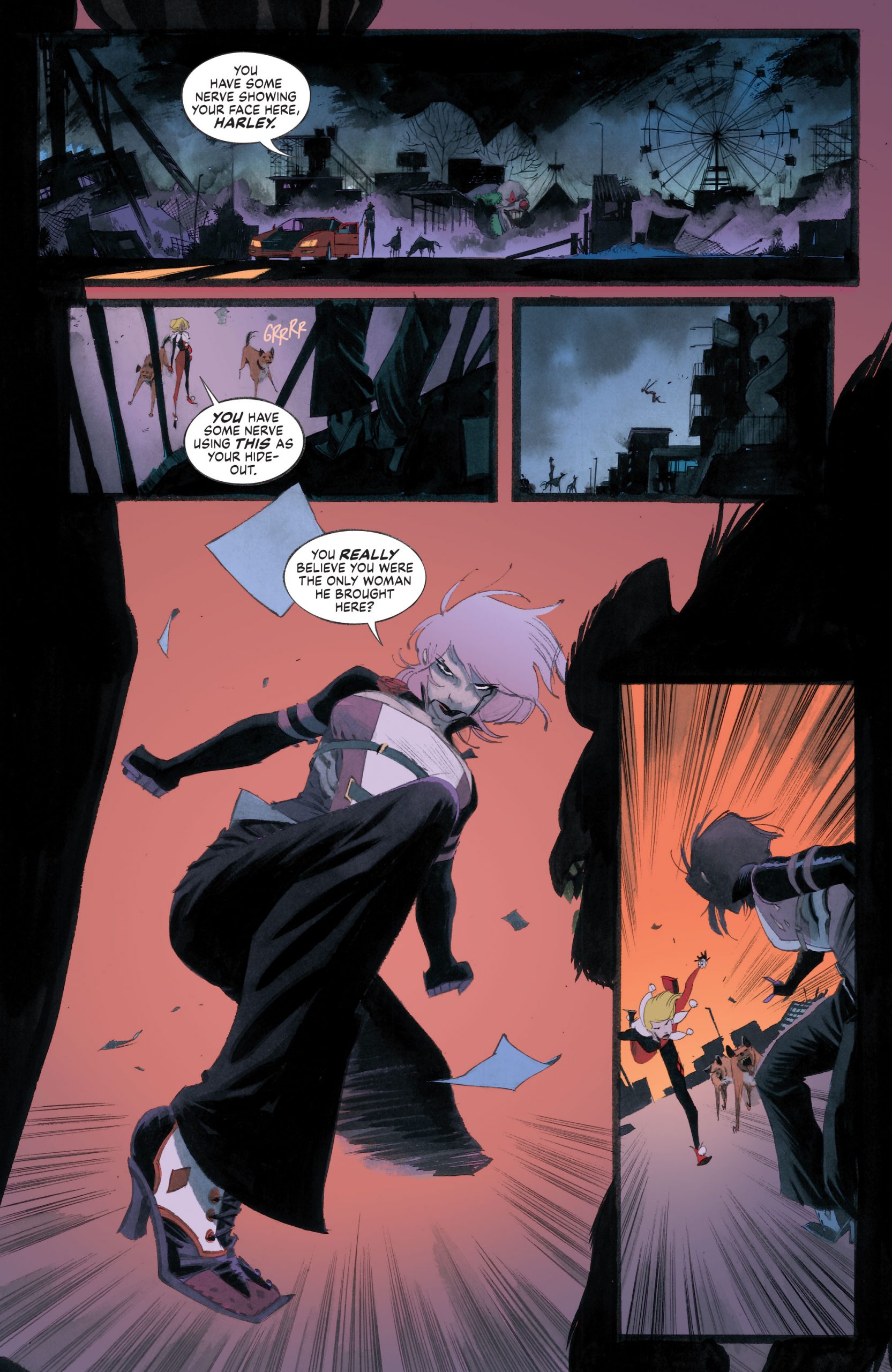 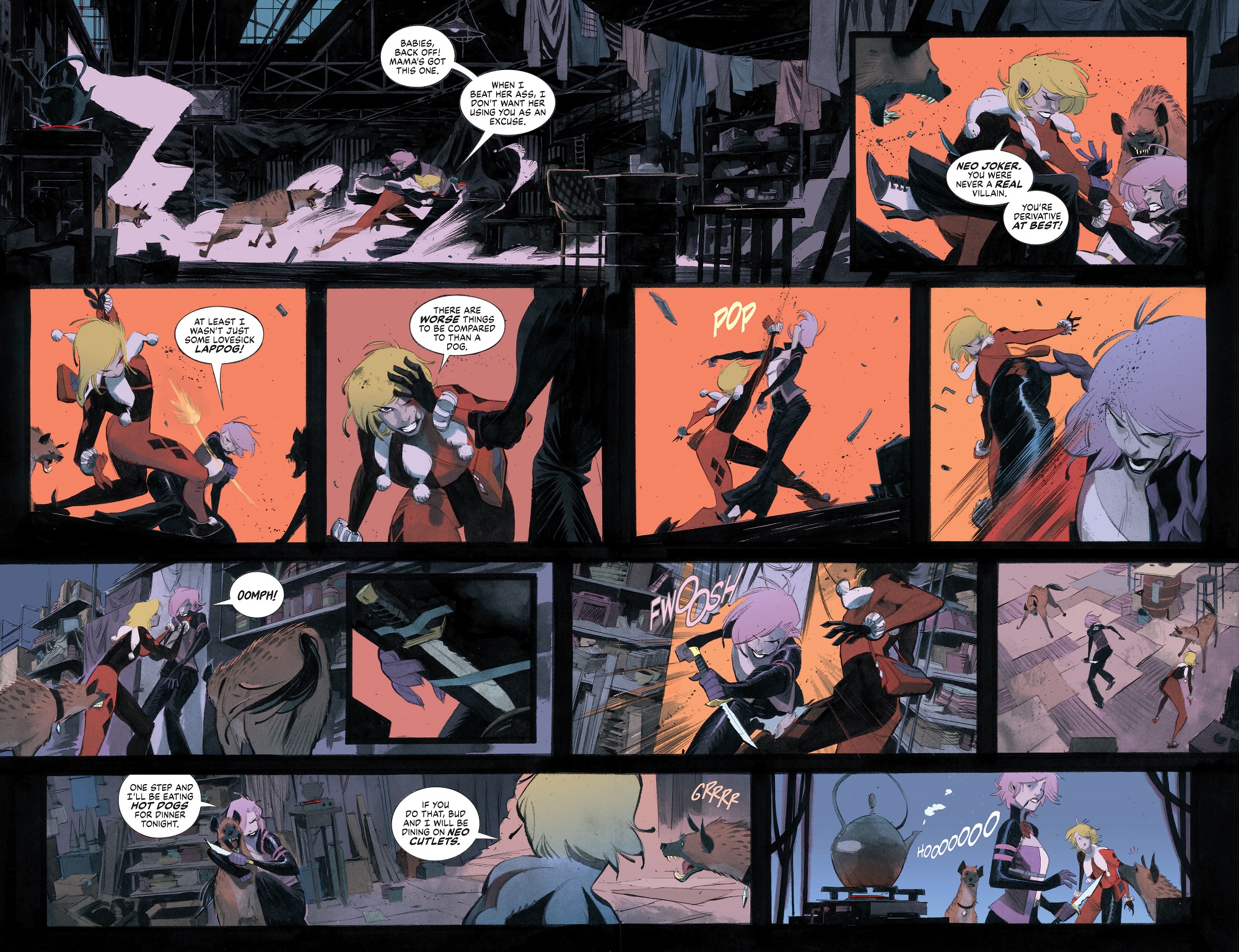 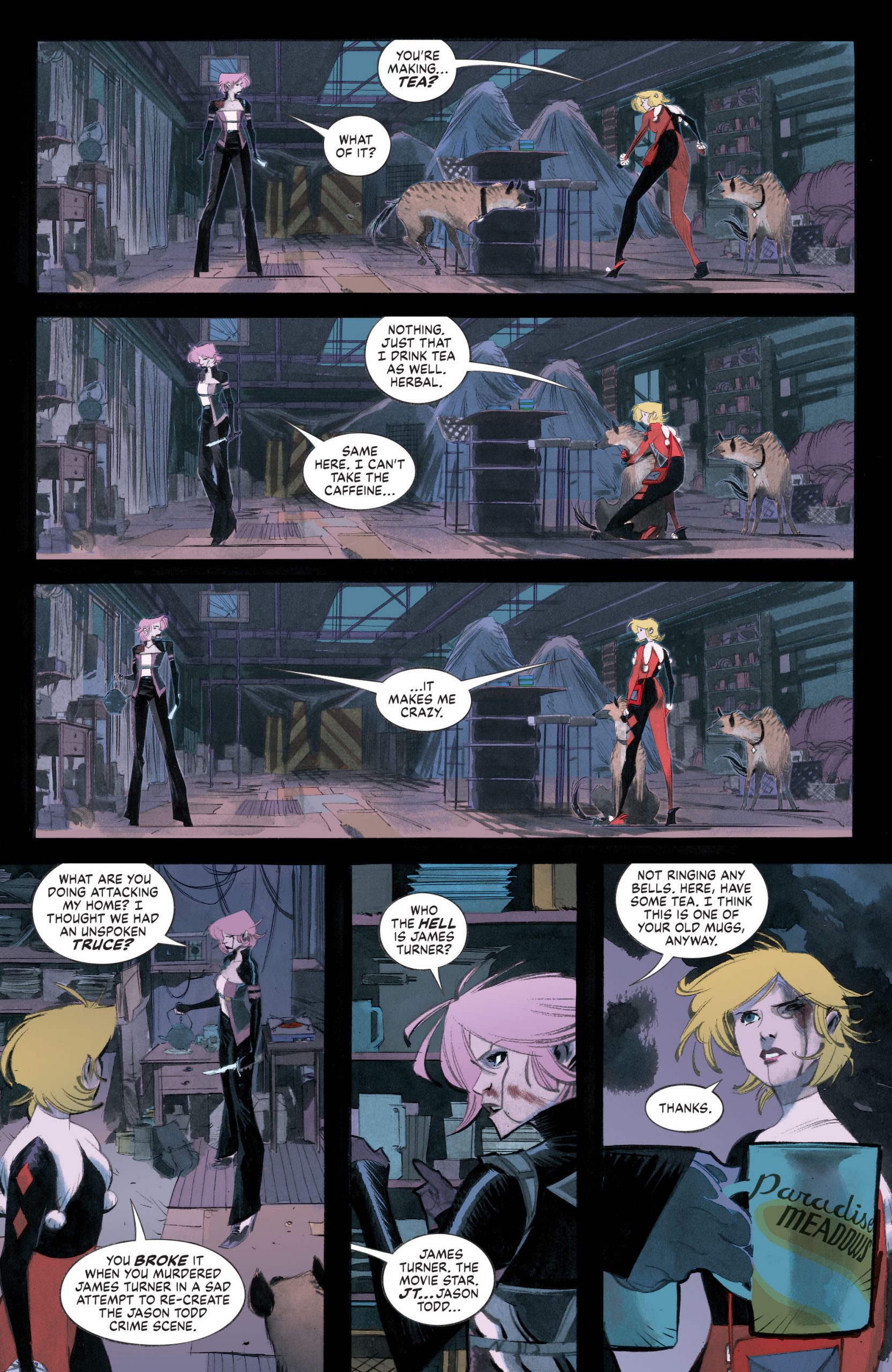 We’ve never seen this side of the Joker/Harley relationship before, or at least not this deeply explained, or emotionally explored. This is one of the things that makes the series so breathtaking, and immersive. Even the conversation between Harley and Montoya had charm and humor. In this series Katana Collins, Sean G. Murphy, Matteo Scalera, Dave Stewart, and Andworld Design make everything count, and there’s a reason to pay attention.  Brava.

I find it harder to find words to describe just how vital Batman: White Knight Presents Harley Quinn #2 is, as it further proves that this is no offshoot or side story, but a genuine continuation of the world that has already been established. It sets a precedence for what a continuing story should be, and continues to blow my mind. I can’t get over just how much I want more after the final page. Although the teasers for the next issue of Matteo Scalera’s artwork are genuinely amazing, and do whet the appetite for a bit.

Jayme Lawson Reveals More About Bella Real, Her Character In ‘The Batman’