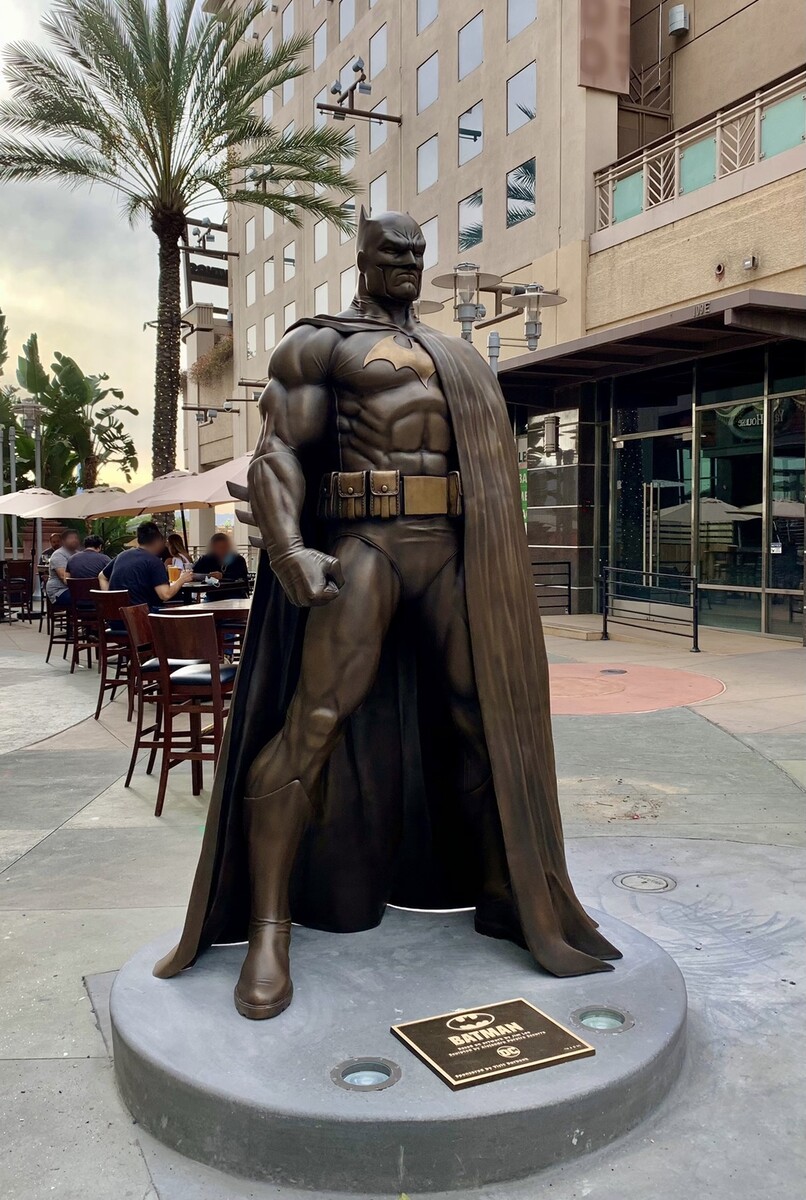 The bronze statue of Batman we reported on a couple of days back has now gone up in the middle of of a shopping center in Burbank, California. The statue is based on the critically acclaimed Batman: Hush character design by Jim Lee. Lee is, of course, the artist on Batman during the Hush run back in 2002-2003.

Fans of the story line will recognize the pose, as it’s from Batman #619; the conclusion the epic year-long story arc. Specifically from when Batman confronts the Riddler in Arkham Asylum. That’s when the Dark Knight finds out who the true mastermind behind the villain Hush really is.

Hush has been hailed as one of the most renowned Batman stories ever. Jeph Loeb wrote the arc, with Lee on the pencils. Not only does it feature Batman and his rogues gallery in their most quintessential iterations, but it also introduced the villain Hush. Furthermore, it hailed Lee’s return as a comic book superstar, making way for something of a renaissance in his already-prominent career.

That is super intimidating!

Digital sculptor Alejandro Pereira Ezcurra designed the 3D model of Lee’s art and Burbank’s American Fine Arts Foundry and Fabrication created the statue. The final statue comes in at a massive seven-and-a-half feet tall and weighs 600 pounds. The newly-installed Batman statue is at the AMC Walkway of Downtown Burbank.