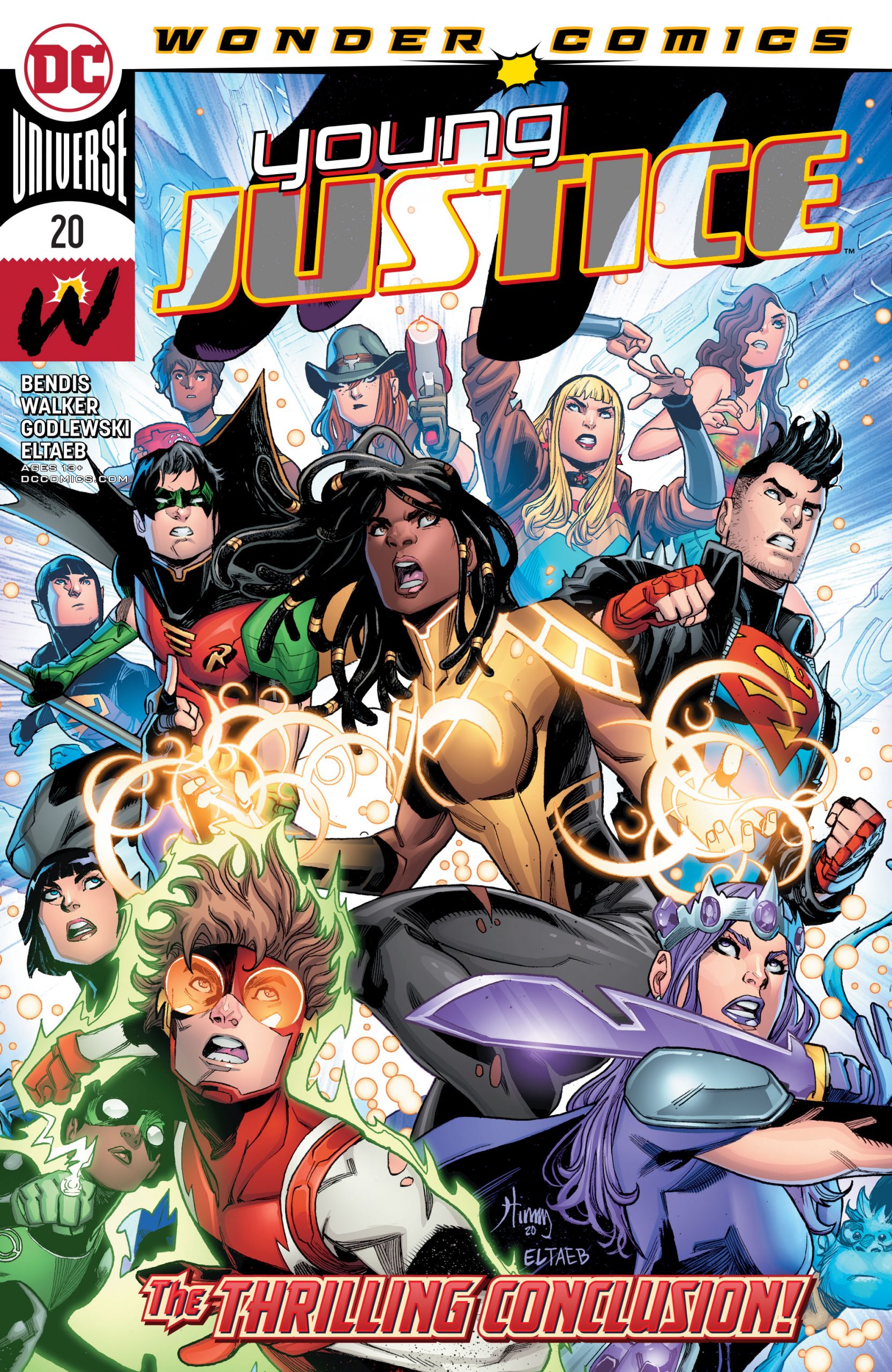 Action and heart, that’s what’s always been at the core of this series, and Young Justice #20 is no different. With the group finally becoming a cohesive team, they obviously need a base of operations. However, an HQ for a Justice League team comes with it’s own set of problems… as our young heroes are going to find out!

For those that have watched the Young Justice TV show, this particular issue’s going to hold something special for you. For those that haven’t, this is still a fantastic read. I don’t want to give away the surprise, but this issue’s very reminiscent of an episode of the Young Justice show. Those that are currently wondering what I’m talking about, fear not! There is still plenty in this issue for you to get your teeth into. 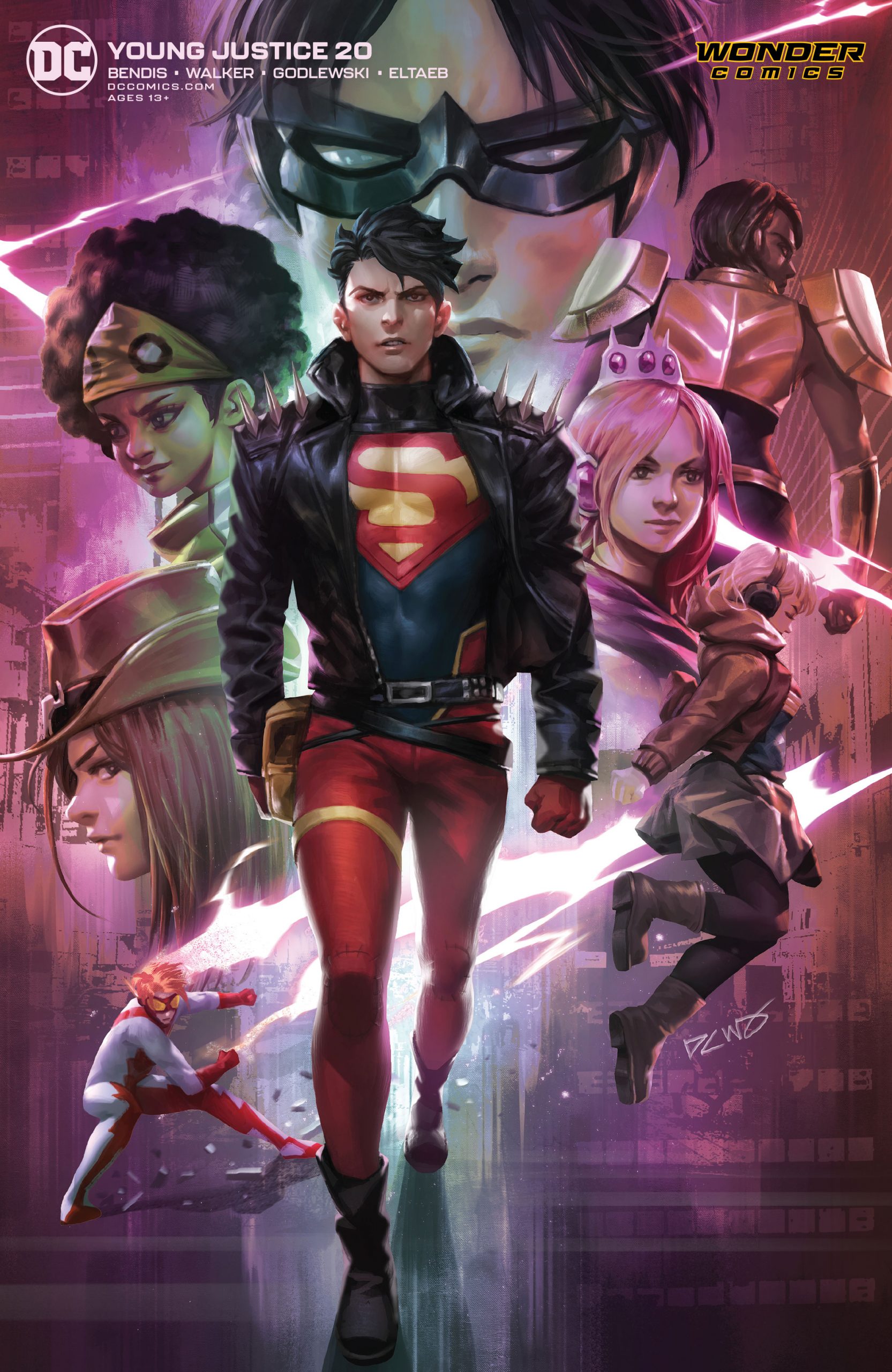 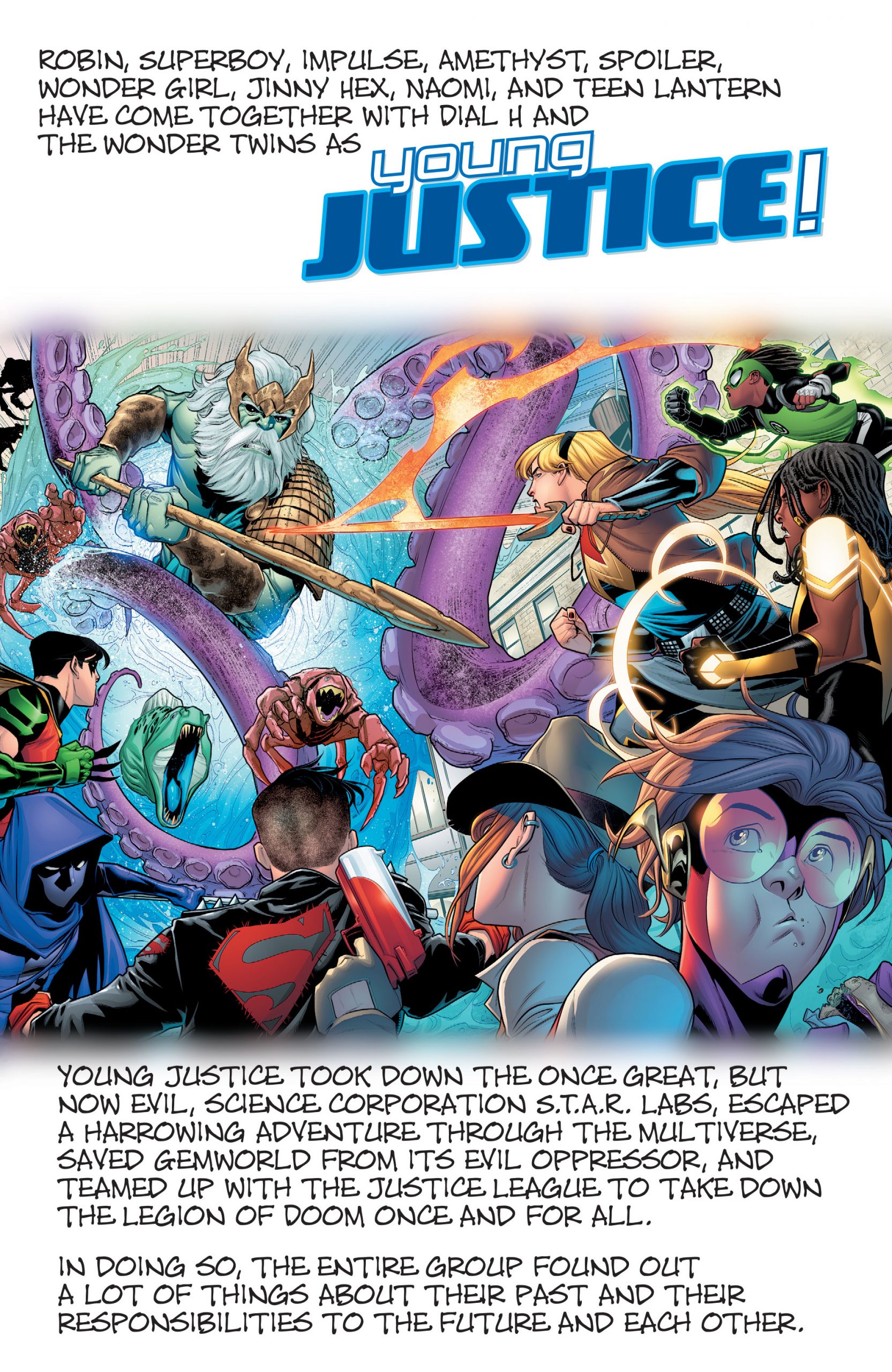 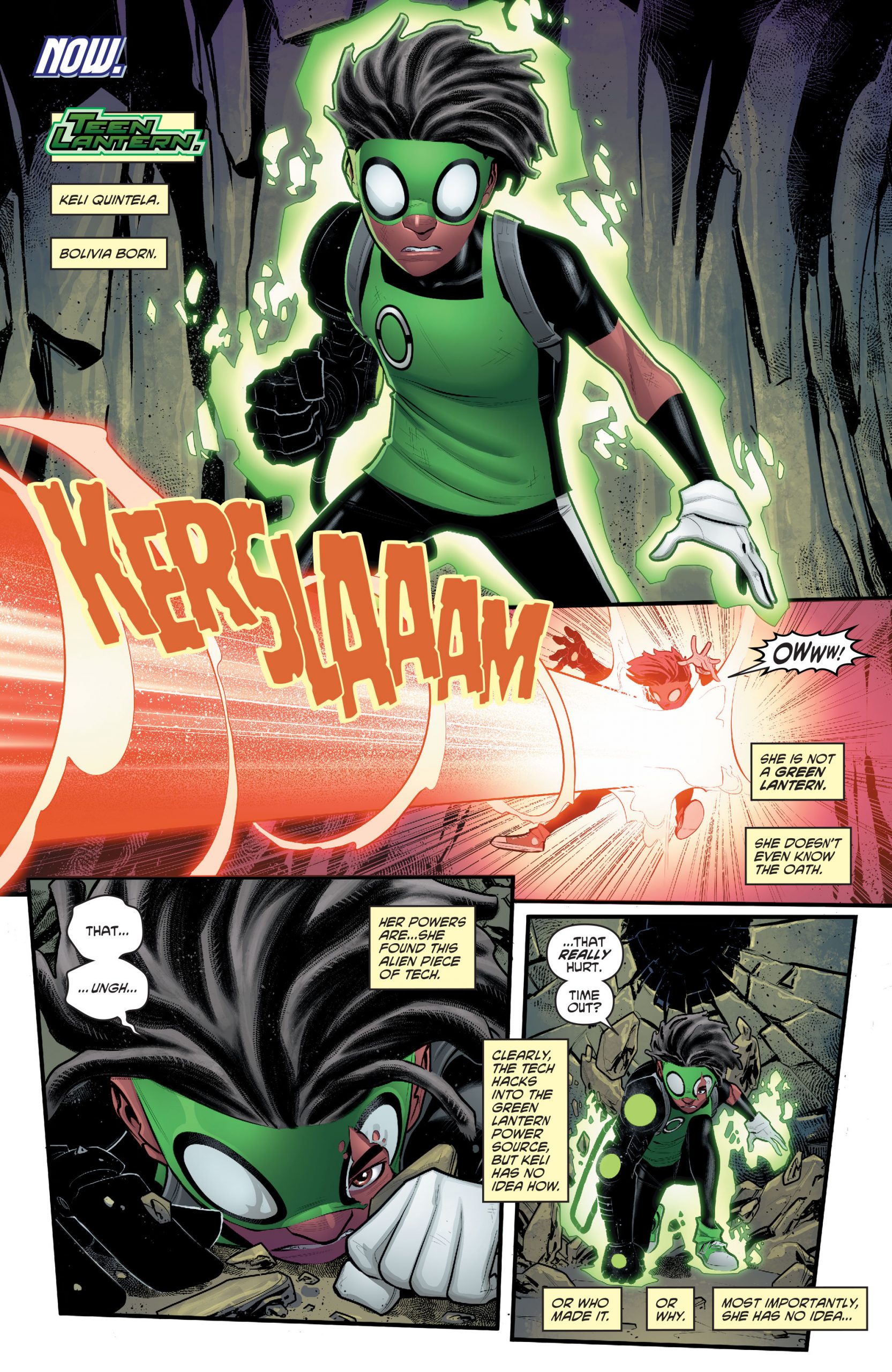 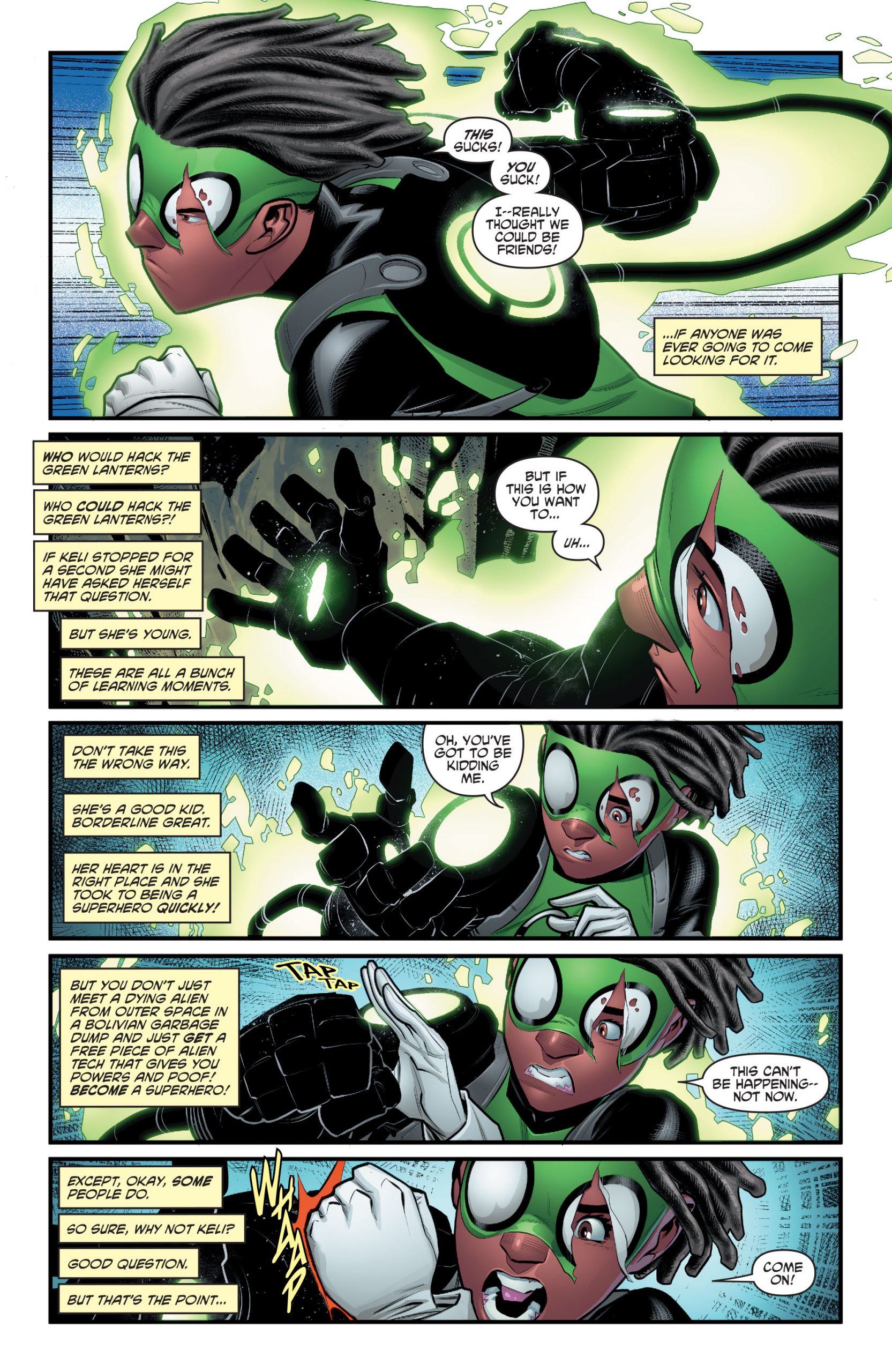 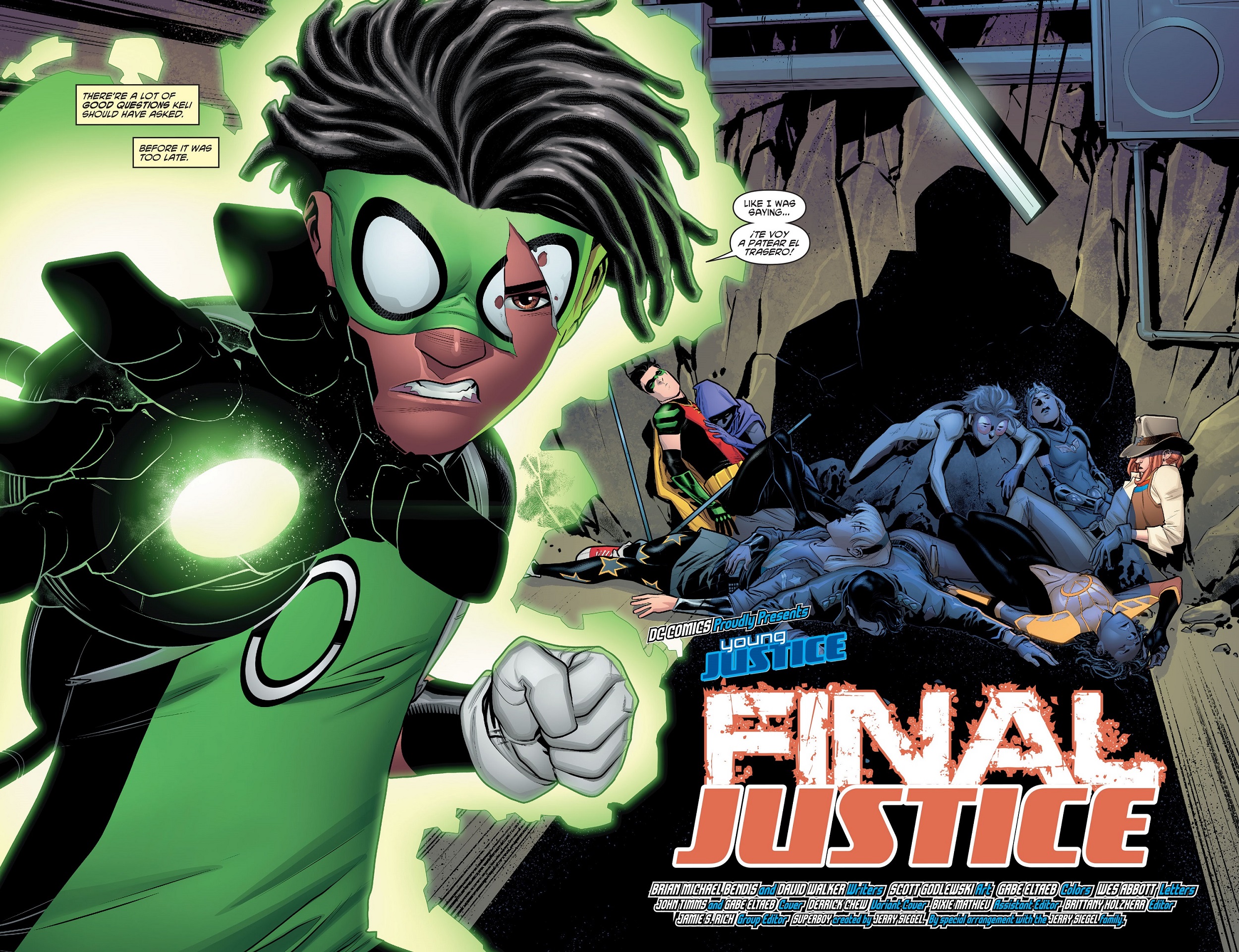 I hope that we get to see more of the young heroes, especially the newer ones, taken under the wing of the more experienced heroes. Bendis and Walker have done a beautiful job at weaving intricate stories that leave us wanting more. That being said, the story’s only half of the comic. Honestly without Godlewski and Eltaeb working in their fantastic artistry, the book wouldn’t hold half as much weight as it does. I mean, just look at the rip in Teen Lantern’s mask, and the expression in her eye just underneath. Simply wonderful.

Teen Lantern’s story is brought to the forefront, and she really takes centre stage in this issue! The interactions between the team are, as always, spectacular. The group’s as quippy as always and they really show the family feeling they’ve always had. All round Young Justice #20 was one of, if not, the best issue of this title in quite some time. I’m really going to miss this series.