DC’s Batman line of comic books (and many others) will be getting a dramatic shakeup in January 2021 – all the ongoing titles will be paused, and in their place new series that will introduce a new status quo set several years in the future as part of the recently revealed “Future State” event. 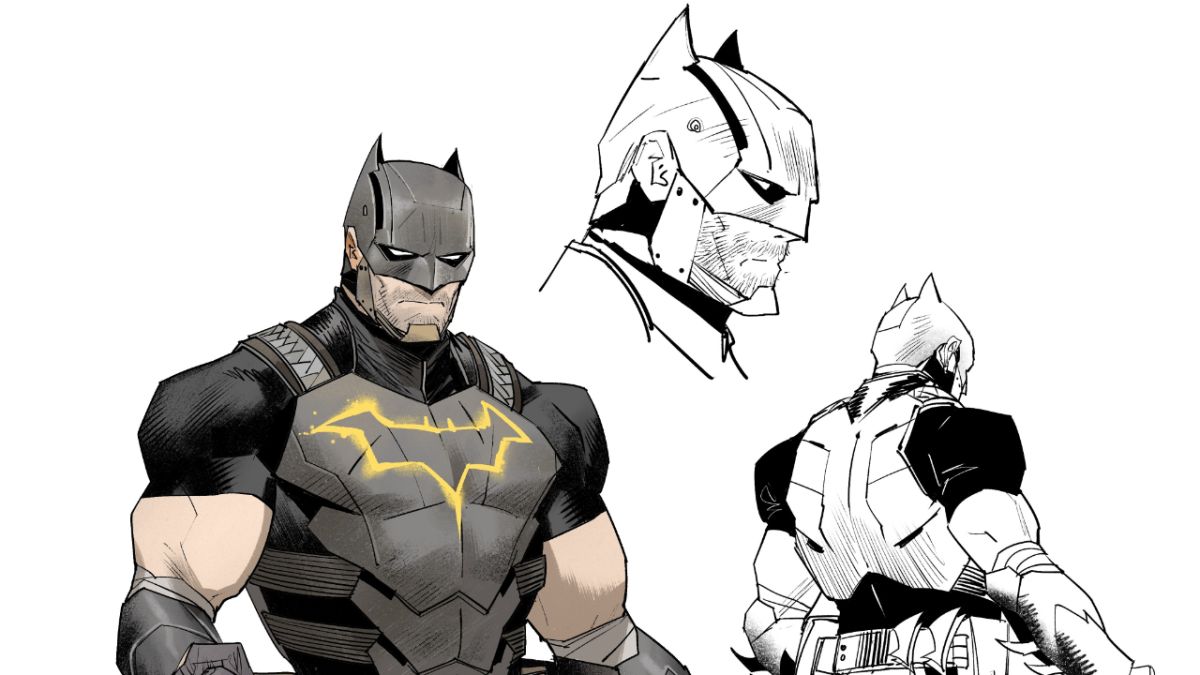 What the Charles Dickens….?

For new readers, it’s an exciting, killer story. But it’s also a possible outcome for the titles in the modern-day line.

In this view of DC’s possible future, Gotham City has been taken over by an insidious law enforcement agency known as the Magistrate.

They patrol the streets using advance surveillance weaponry in the form of ‘Cybers’: robot law enforcement peacekeepers, who are the highest level of law in the food chain,” Abernathy explains. “I’ve joked internally that they’re the ‘Sith Lords’ of Gotham, and they basically patrol the streets and keep it ‘safe’ from all sorts of ‘masks’ – villain or hero. It is now illegal to be a masked vigilante in the city, and the consequences are dire.

The leader of the Magistrate is a man named Peacekeeper One.

Who he is, what he is… get a sense of that as the story progresses, but there’s one element to explore for years to come. 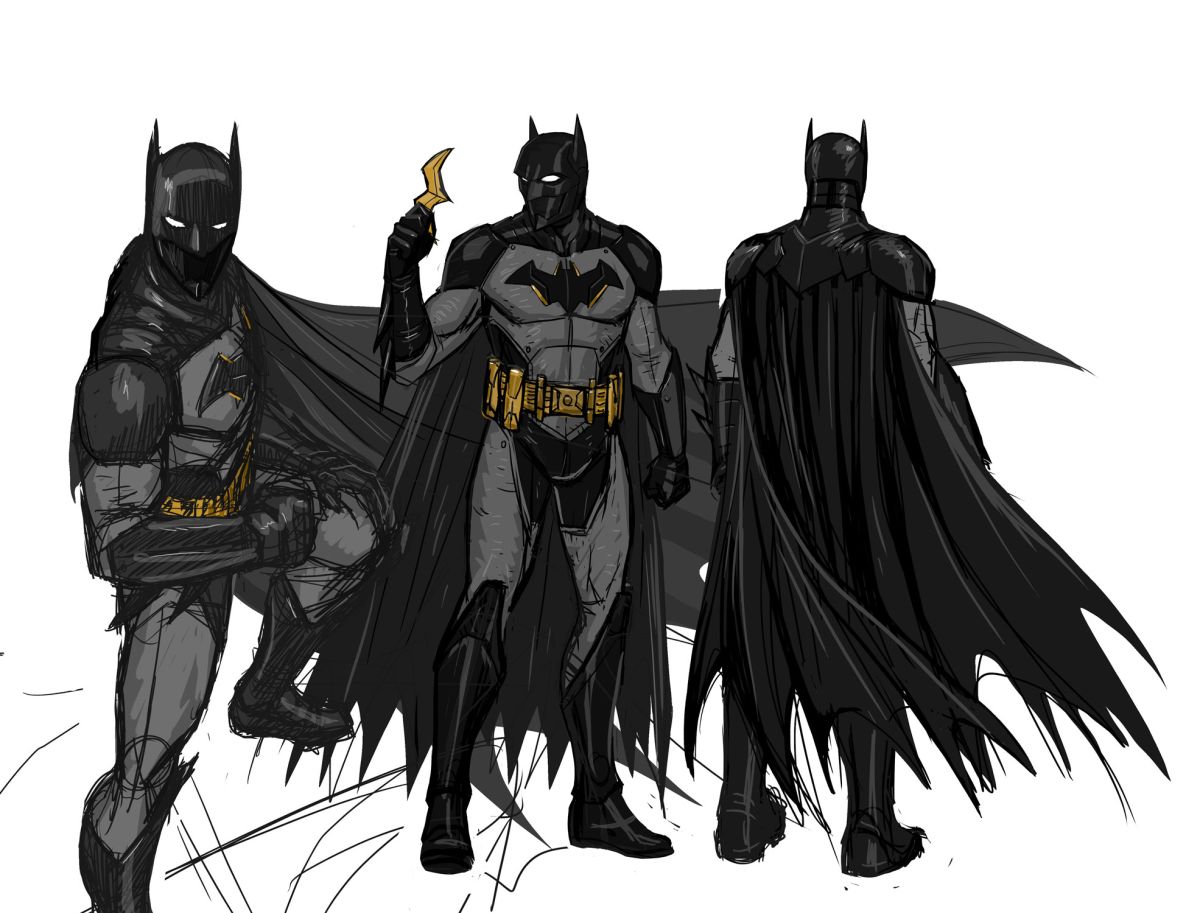 Under its control, all masked vigilantes (‘masks’ as they call them) have been outlawed, and Batman himself is presumed dead. (Remember Frank Miller’s Underground Batman?) In his place, a new group of heroes – led by an all-new Batman – have risen up to fight for justice.

For the months of January and February of 2021, DC’s Batman line will be comprised of two oversized, twice-monthly anthologies and five monthly limited series.

The first anthology is Future State: The Next Batman, with a lead story of the same name by John Ridley, Nick Derington, and Laura Braga. Supplementing that story will be four serials: Outsiders (Brandon Thomas and Sumit Kumar), Arkham Knights (Paul Jenkins and Jack Herbert), Batgirls (Vita Ayala and Aneke), and Gotham City Sirens (Paula Sevenbergen and Emanuela Lupacchino).

The second anthology, Dark Detective, will lead with a titular story by Mariko Tamaki and Dan Mora. Spoilers – although DC (and the Magistrate) say Batman is dead, Abernathy confirms this story will feature a very-much-alive Bruce Wayne.

It’ll be joined by a Grifters serial by Matthew Rosenberg and Carmine di Giandomenico, and Red Hood by Joshua Williamson and Giannis Milonogiannis. In the latter, Red Hood will be a bounty hunter. 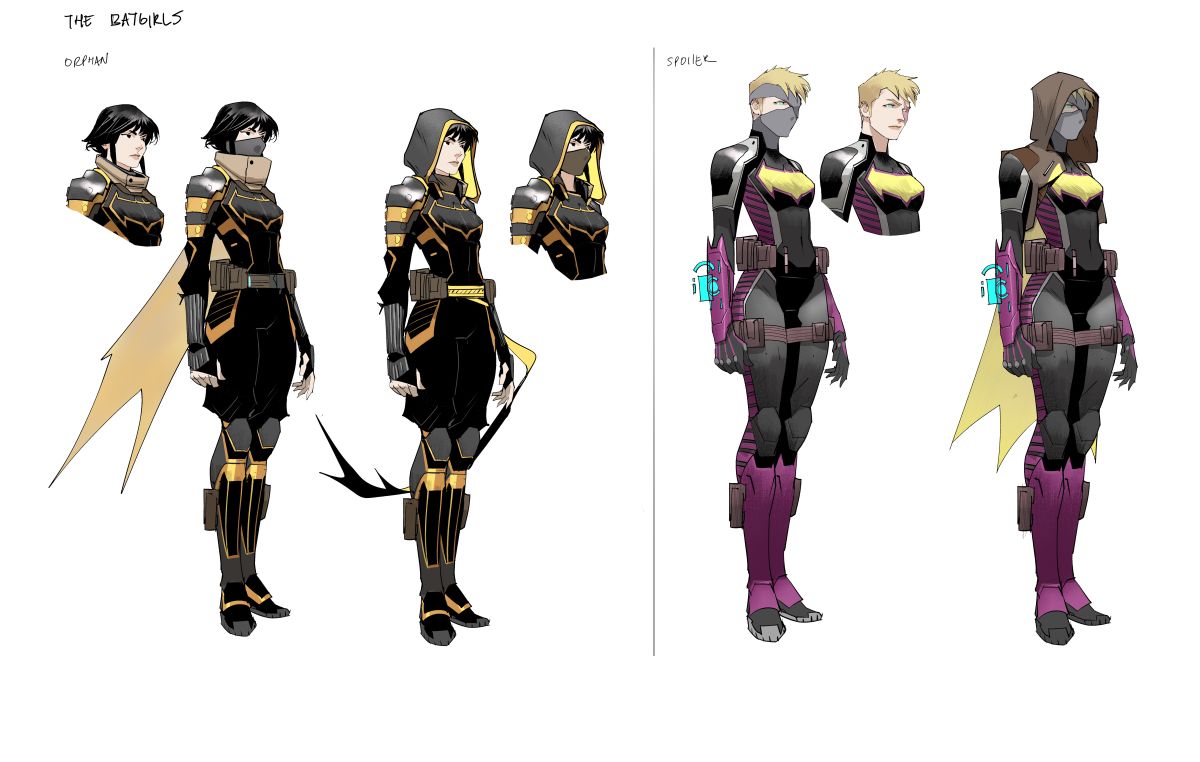 Easter Eggs… Did You Miss Them?

My phenomenal editorial group and I mapped out a vision for a possible future for the Batline; where things could lie or go towards. With those seeds of ideas, we began reaching out to talent we wanted for “Future State”. The creative teams really responded in the “best case” scenario imaginable, and together we ran with them, developed them, evolved them, and morphed them into great books. These are beautifully illustrated titles I think people will really enjoy.

While these will work as standalone stories you can begin in January and finish in February, Abernathy indicates that  some of these characters and storyline threads will continue when the modern-day Bat-books resume in March.

With the Bat group titles, it’s definitely a look towards the future. How much of that future is true is uncertain, because decisions in the present can always change the future. On one hand, yes they’re great standalone stories but the seeds… wait, “Future State” doesn’t plant seeds; it’s already crop-grown. The seeds are already planted; these stories will come to fruition in the main line.

“Bat” to the Future?

With this glimpse into the future, have the DC brass gone retro with us in providing the third part before the second part and possibly altering the first part?

Shades of Back to the Future and the Star Wars trilogy of trilogies.

Thoughts….What title are you most anticipating in the DC Future State?  Where is Damian Wayne in all of this?  And haven’t we already got a Batman Beyond? Let us know!