Eisner-award nominated artist Ben Oliver has created an art print in honor of the famous cover of The Killing Joke.

The Joker is not only the Batman’s arch enemy, he’s one of the greatest villains ever, in any medium. Introduced in Batman #1 in 1940, the murderous clown has been a plague on Gotham ever since. Much like in Christopher Nolan’s The Dark Knight, when the Joker was first introduced, he had no origin. He just…was. Alan Moore changed that in 1988 with Batman: The Killing Joke.

While there are a few variations of the Joker’s origins, and he himself prefers his history to be “multiple choice,” The Killing Joke is the most accepted origin for the Joker.

Look into the lens of the maddest man in Gotham with artist Ben Oliver’s bold tribute to Brian Bolland’s iconic cover to The Killing Joke, the 1988 graphic novel that redefined everything fans knew about the Joker. Dressed in his touristy best, the jester of genocide himself smiles behind the camera, creating a terrifying snapshot of Batman’s most dangerously insane foe. The haunting illustration also features several Easter eggs from the original comic cover, including the words ‘witz’, ‘witzmacher’, and ‘kawalarz’ hidden around the lens of his camera, signifying jokers and pranksters in German and Polish. Two versions of the “Oliver after Bolland” signature are also concealed in the composition, on the camera and the Joker’s cufflink.

Each The Killing Joke art print will feature an authorized, automated artist signature and an embossed Seal of Authenticity as part of a limited edition of 600 pieces. 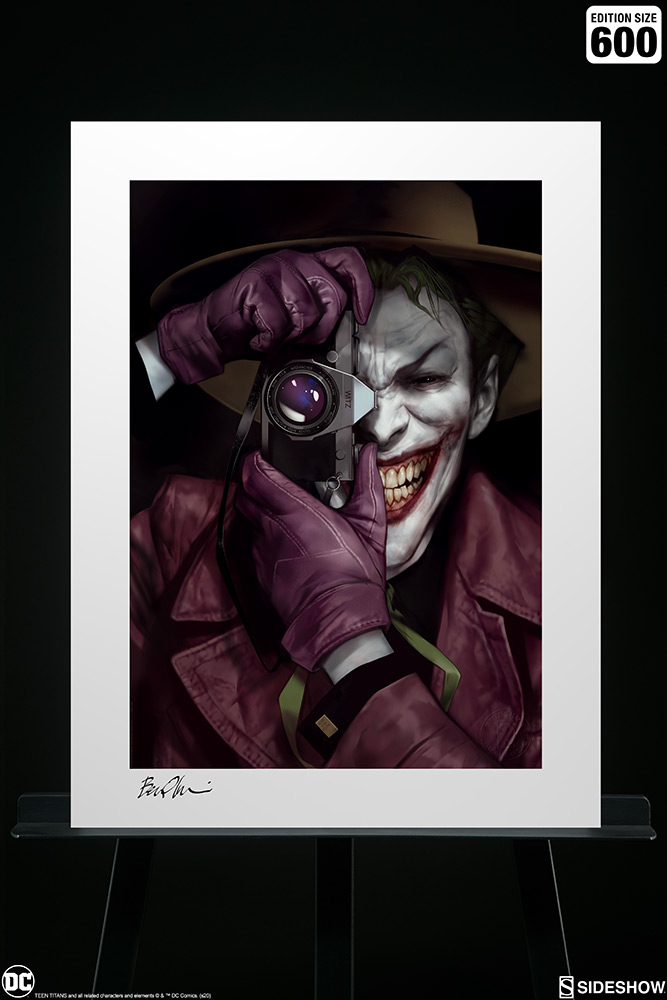 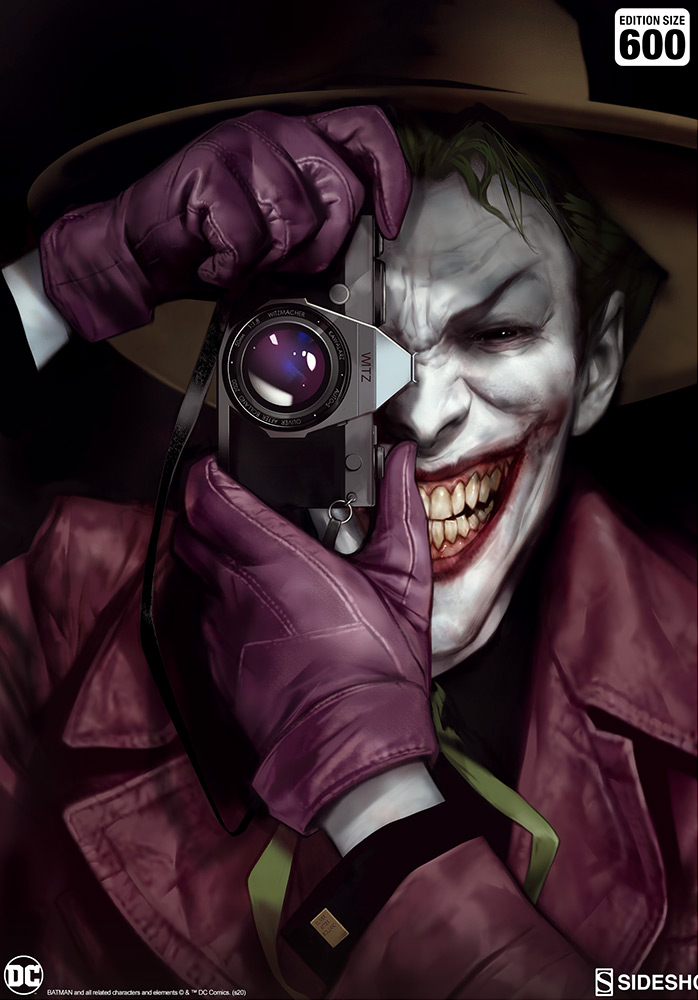 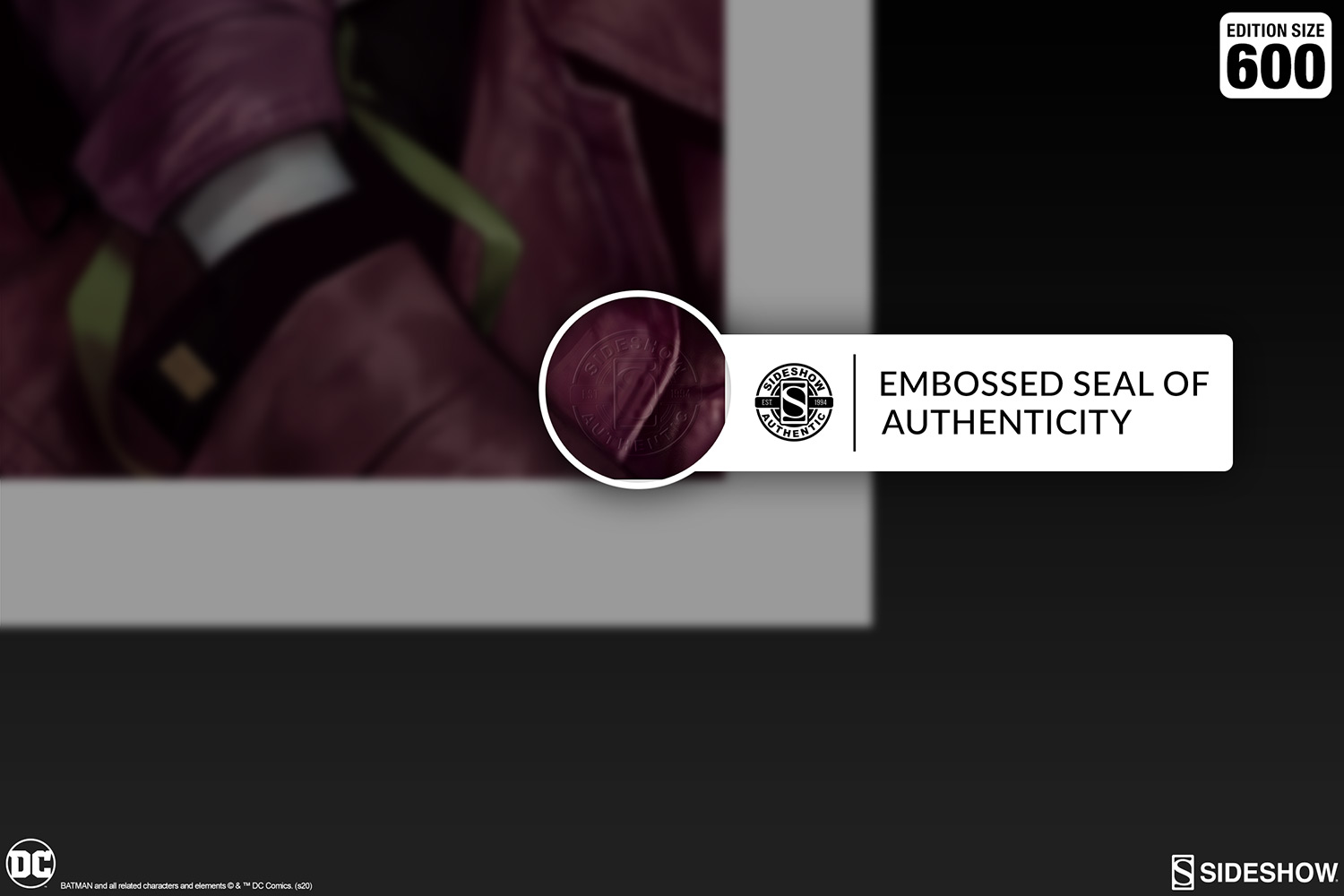 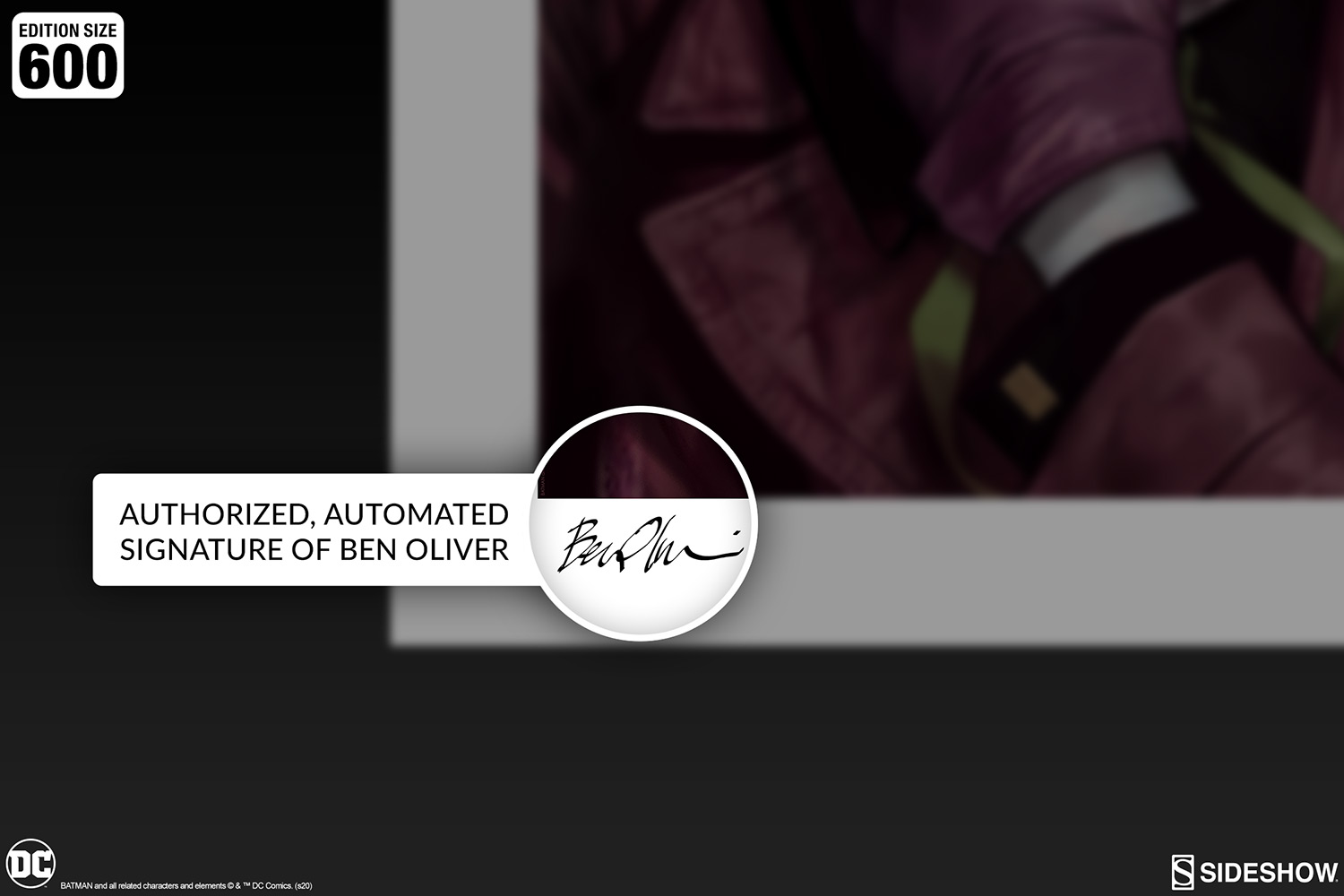 Oliver is known in the American comic book market for his work on both DC and Marvel titles, including The Authority, Vigilante, The Losers, Ultimate X-Men, Young X-Men, Ghost Rider, Batwing and Action Comics.

Starting at $95 for an unframed print, with 2 framed options available, The Killing Joke is available for pre-order on Sideshow with an estimated arrival between October and November 2020.

Will you be adding this haunting art print of the Joker to your wall? Let us know!