Funko’s massive success with their Pop! vinyl figures has shown us that people love collecting figures that are both cute and cool. Funko’s Pop! brand of figures have a very unique style that turns our favorite pop culture characters into tiny, cute, chibi-ized versions of themselves. Their relatively low price also makes them accessible and highly sought after for many fans. However, there’s another company doing similar work, but for the high-end collector. Beast Kingdom has been manufacturing similarly cute versions of characters from pop culture, except they’re much more detailed and articulable. The only difference is that they have small, stumpy bodies with large egg-shaped heads, hence the name, the Egg Attack series. One new figure is of particular interest to Batfans. Available for pre-order now is the Egg Action Attack Suicide Squad Harley Quinn.

Aside from the strange, cutesy proportions of this series, the figure seems to be the spitting image of Margot Robbie’s Harley Quinn from David Ayer’s Suicide Squad. Take a look below: 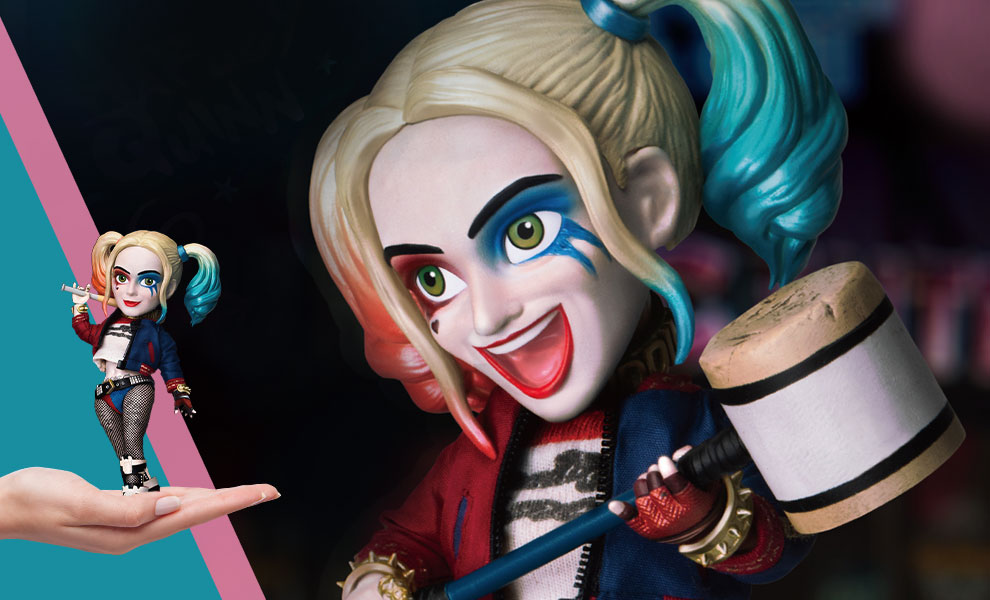 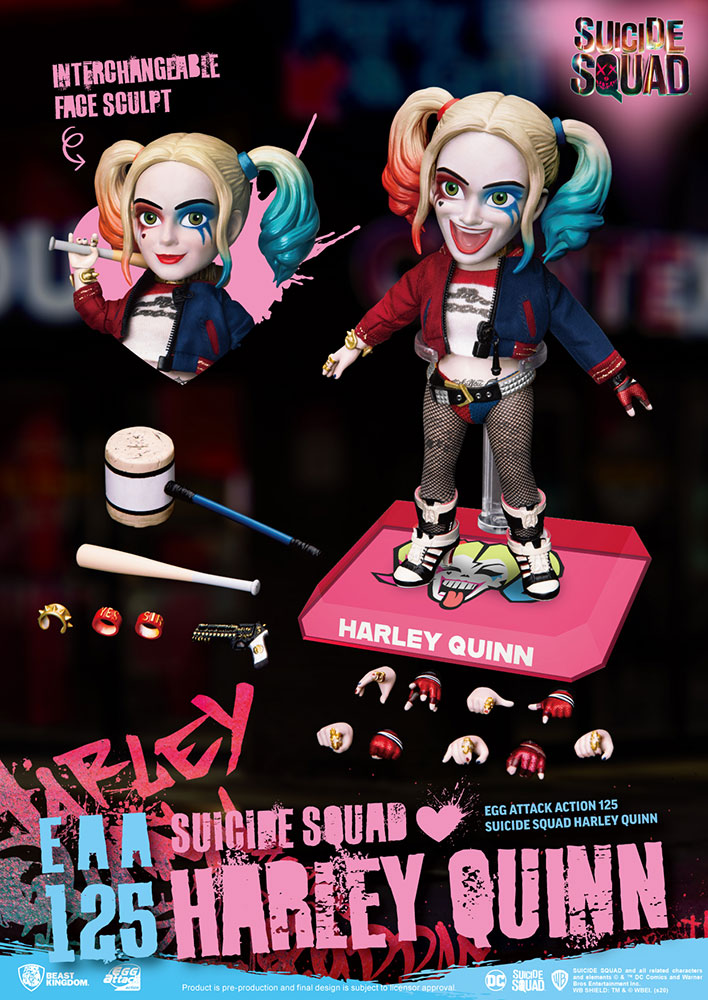 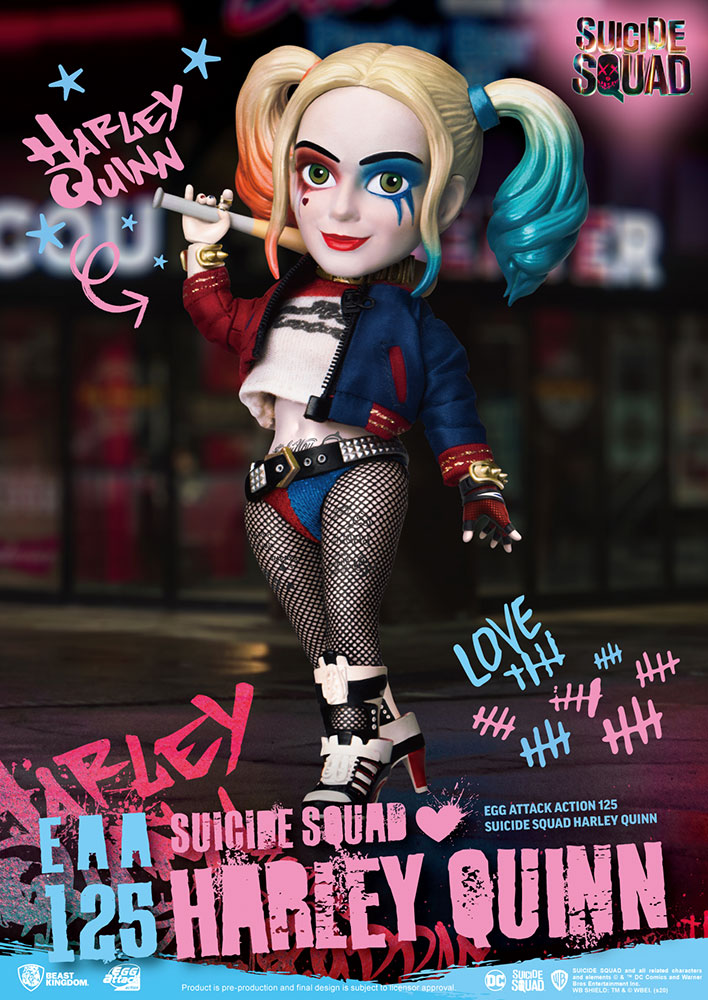 Like any other high-end collectible, this figure is articulated, and comes packed with tons of accessories, making it highly poseable and customizable. Take a look at the fine print below:

The Egg Action Attack Suicide Squad Harley Quinn is currently available for pre-order for the hefty price tag of $89.99. Though with all the accessories like the jewelry, heads, and cloth clothes, I’d say it’s totally worth it. The figure is expected to arrive between May and July 2021.