Back in 2017, DC made a huge announcement at San Diego Comic-Con. Fans were floored by the news that Grant Morrison was working on a sequel to Arkham Asylum: A Serious House on Serious Earth, alongside artist Chris Burnham. Morrison was planning the sequel to center around Damian Wayne, son of Bruce and Talia al Ghul. However, since then, there’s been no further news. Unfortunately, fans need not hold their breath any more as Arkham Asylum 2 has been shelved.

The original Arkham Asylum graphic novel is easily one of my favorite pieces of literature. It’s equal parts terrifying and beautiful. It’s a cryptic, unsettling tale that focuses on character, and it’s wonderful. Of course, I’d be remiss to exclude the nightmarish artwork of Dave McKean from my praise. The book is a work of art, and the news that Morrison was working on a sequel was quite exciting.

Since 2017, pretty much all news regarding Arkham Asylum 2 disappeared. Morrison has continued to keep busy with several TV projects, including two seasons of Happy! – an adaptation of his and Darick Robertson’s comic book series with Image Comics. Currently, Morrison is flying high on an adaptation of Aldous Huxley’s Brave New World, which debuted on Peacock in July. He’s also currently working on an adaptation on yet another one of his books with Vertigo, The Invisibles. With so many projects, where did Morrison find time to write Arkham Asylum 2? The answer is… he didn’t.

As prolific as Grant Morrison is, he simply can’t do it all. Television productions are massive projects that employ a ton of people, compared to a fairly small affair that is a comic book. Passion projects simply have to take a backseat when an entire production is relying on your script. So, the bad news is that Arkham Asylum 2 has been shelved. 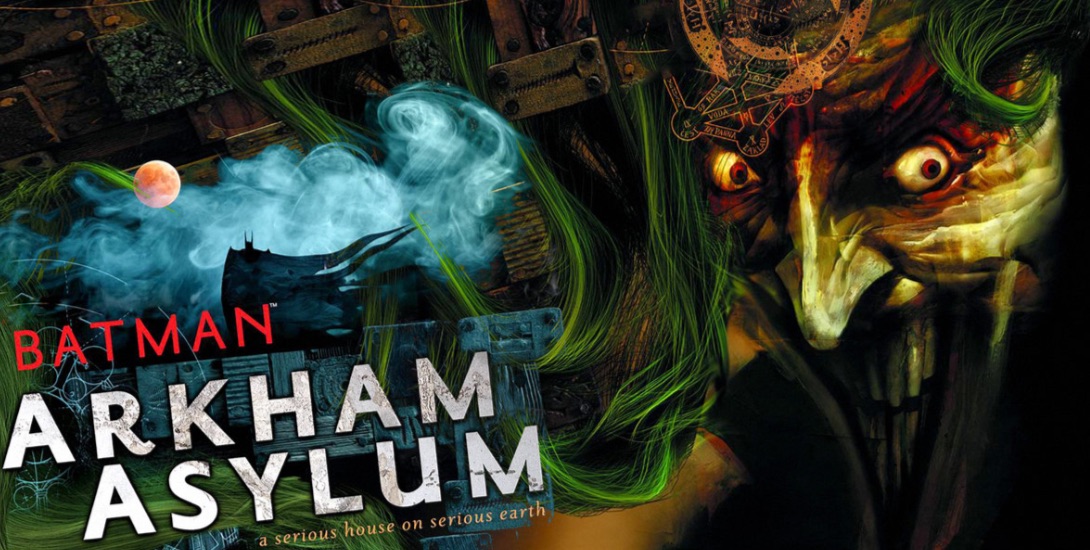 In an interview with TechRadar, regarding the first season of Brave New World, Morrison admitted that he had to put Arkham Asylum 2 on hold after completing 26 pages, due to all the TV commitments on his plate.

I kind of wrote 26 pages of it, and it got shelved because the television work was taking up so much time. But again, I never say never because I think [those] 26 pages were pretty good. I did enjoy doing a short story with Chris Burnham, the artist, recently [in Detective Comics 1027], and it gave me the taste again because he was going to draw the second Arkham Asylum, too. But no, I had a story – it’s very, very, very different from the original book. It was more of a Philip K. Dick thing. It’s still there. It’s still one of these things that may happen.

Unfortunately, it’s uncertain even to Morrison at the moment if Arkham Asylum 2 will ever see the light of day. On the bright side, he did reveal a little more about the story, explaining how different it is from the first book. Morrison, known for his allusions, references, and symbolism went so far as to invoke Phillip K. Dick, a science fiction writer known for bleak, philosophical stories. For reference, Phillip K. Dick authored Do Androids Dream of Electric Sleep?, on which Ridley Scott based his sci-fi classic Blade Runner.

Even though we all anticipated this sequel, just be aware that it’s very likely not going to be what you’re expecting. Either way, it’s not something we have to worry about now that we’ve learned that the project’s been shelved.

What do you think? Despite how different it was shaping up to be, are you still excited about Arkham Asylum 2? Or have you given up now that Grant Morrison isn’t working on it anymore. Let us know.