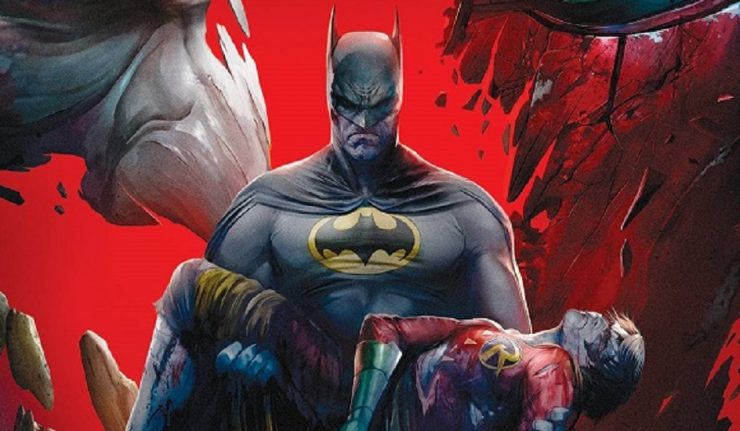 DC Entertainment have unveiled the box art for Batman: Death in the Family, as well as revealing the Blu-Ray and Digital features.

As a disclaimer, it seems like the Blu-Ray is the intended way to view the interactive film. For one,  the interactive menu feature is only available in the Blu-Ray format. Furthermore, the way the various endings are collected in the Digital Download is confusing. 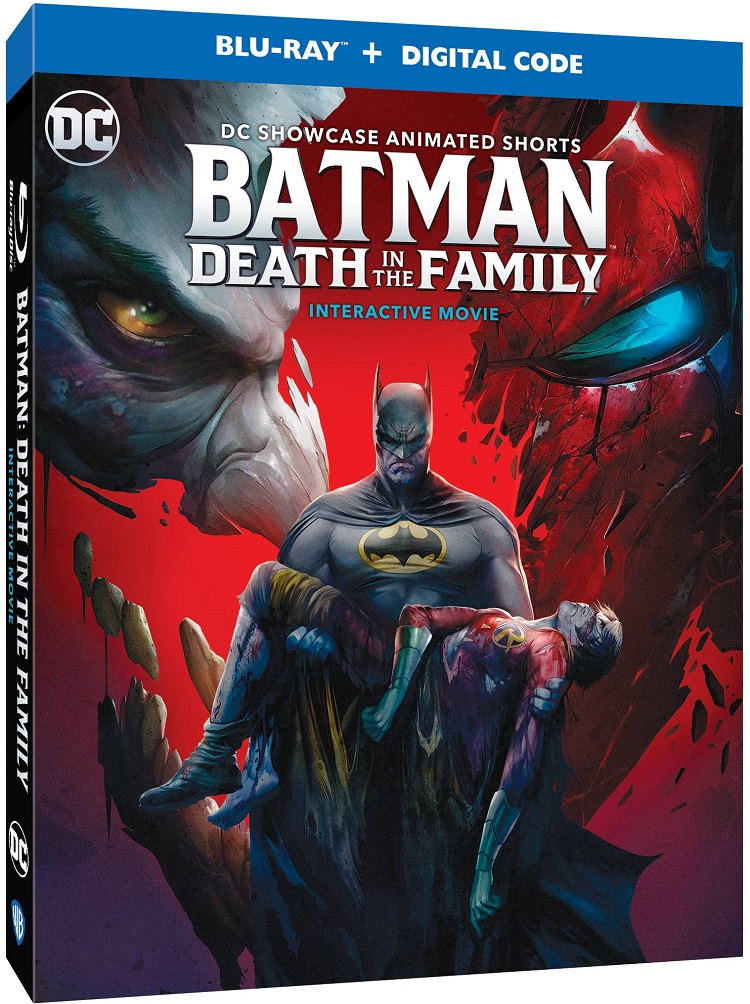 The Digital release will have all the short films pre-assembled under a new title Red Hood: Reloaded. The format sounds similar to the home release of the film Clue. The murder mystery movie had multiple endings that played one right after another.

The Digital release also contains three other non-interactive shorts of Death in the Family, titled Jason Todd’s Rebellion, Robin’s Revenge and Red Hood’s Reckoning. It is a little unclear if these shorts are a part of the Red Hood: Reloaded release or are something else.

Both Digital and Blu-Ray release will also contain four other DC short animated features that were previously released with previous projects.

But the Blu-Ray also contains five minutes of additional bonus content not available on Digital. Furthermore, the Blu-Ray provides audio commentary by DC Daily‘s Amy Dallen and Hector Navarro for Under the Red Hood: Reloaded, as well as the other animated shorts.

After weighing the choices, it definitely sounds like that a Blu-Ray is the preferred format. It has both the interactive film feature, as well as having more bonus content.

Bruce Greenwood reprises the role of Batman, John DiMaggio returns as Joker, and Vincent Martella plays both the adult and teenage Jason Todd, replacing Supernatural star, Jensen Ackles. All three actors previously voiced the same characters in 2010’s Batman: Under the Red Hood, but there Martella was only the teenage Todd.

The new movie’s cast also contains Zehra Fazal as Talia, and Gary Cole as both Two-Face and Commissioner Gordon.

Batman: Death in the Family is scheduled to be released on Blu-Ray and Digital HD Oct. 13.