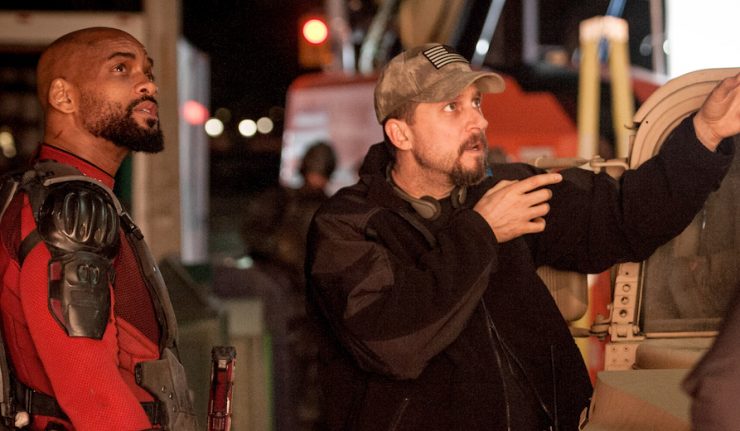 The scene in question is when Joker is on the hotel room floor, surrounded by all those guns and knives. Eagle-eye fans spotted not only the original Harley Quinn costume, but also a mysterious woman in red. The lady in question’s laying on the couch. She does nothing in the scene, but also doesn’t look like a typical henchman.

Fans have theorized that the woman in red is actually a random female the Joker might have kidnapped and dressed up like Harley. Furthermore, once the Joker realizes that the woman “can’t compare to the real Harley” he’ll eventually kill her.

The basis of the theory is from an episode of The New Adventures of Batman titled “Joker’s Millions“. There, the Clown Prince Of Crime decides to recruit a new Harley instead of busting the current one out of jail. The new Harley is a bumbling buffoon that screws everything up and eventually gets arrested.

My theory about they mysterious woman in red. #ReleaseTheAyerCut pic.twitter.com/J3cxd8PUfY

According to Ayer, that fan theory is true. The director confirmed it on Twitter, in a round-about way.

What Does This Mean?

This side plot doesn’t add anything to the main mission of Suicide Squad. However, it does give yet another creepy layer to Jared Leto’s Joker that wasn’t shown in the theatrical release. Hearing this theory confirmed only makes fans long for more of Leto’s Joker.

Unfortunately, the theatrical version cut out most of the Joker’s scenes, leaving fans with a very different impression of the character. Perhaps that subtext would be more prominent in the much touted Ayer-cut of the movie? 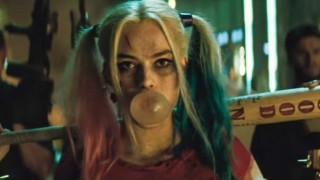