We’re now only a few weeks away from finally getting answers to questions that were raised five long years ago, way back in the New 52 run of Justice League (issue #42 – 2015 – to be exact)! Now, with the first issue of Batman: Three Jokers imminent, DC Comics have started dropping teasers and tidbits, the first two of which focus on Batman, and Red Hood.

“Some emotional and physical scars don’t heal. This is a story of how The Joker takes advantage of that.”

“He’s incredibly damaged from the events that have occurred… and he wasn’t exactly on the most steady ground beforehand.” 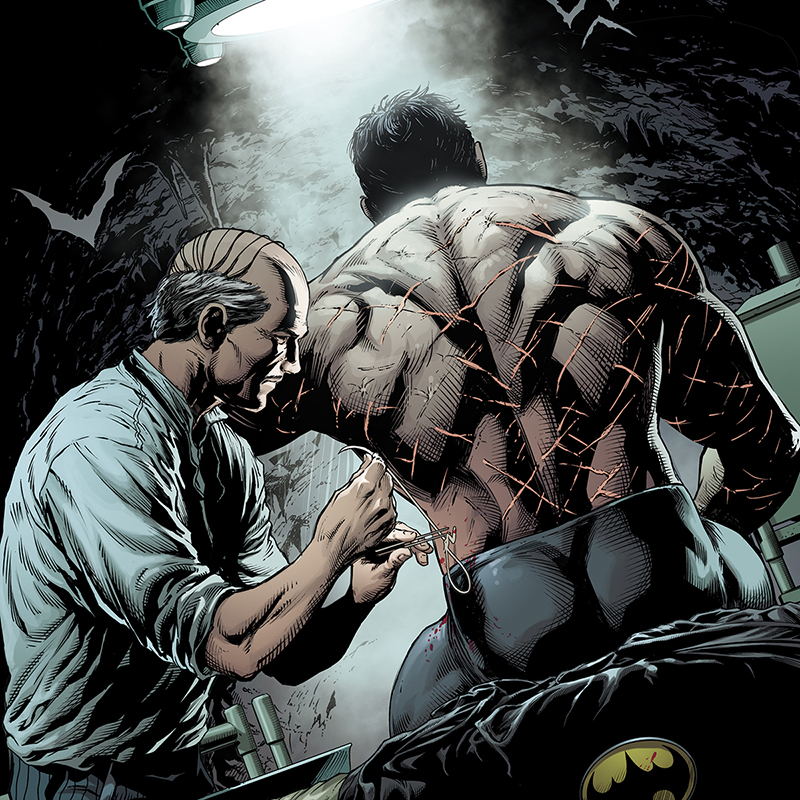 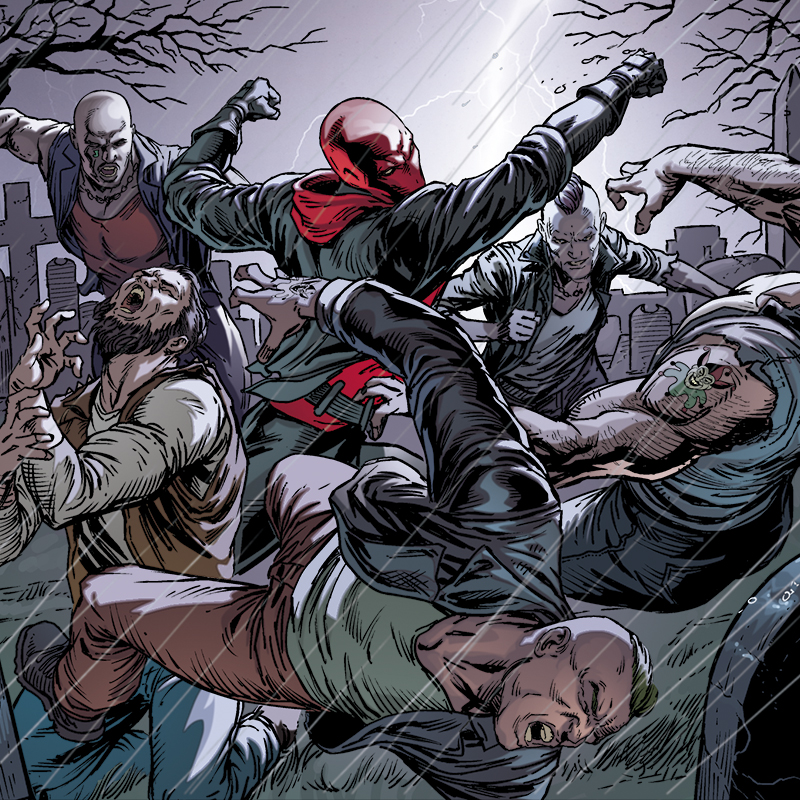 Not only are these descriptions incredibly powerful, the art that accompanies them is astonishing, and thought provoking.

Seeing Jason Todd up to his armpits in goons, and thinking with his fists, is nothing new; but his connections to the Joker are profound, and far reaching. The Clown Prince of Crime brutally murdered Jason, and even though he managed to return from the dead, many believe that his emotional scars run deep indeed.

Speaking of scars; everyone knows that Batman’s lifelong battle against crime has been brutal, and that his scars are many… and those are just the ones we can see.

The image of Alfred tending to his surrogate son’s wounds speak volumes. Mr Pennyworth was always far more than just a butler, he was Bruce’s family, long before Dick Grayson, Jason Todd, Tim Drake or Damian Wayne even entered the picture.

Also, am I just being way too hopeful by thinking that this pic means we’ll somehow be getting Alfred back? Or are DC merely tugging on our heartstrings by releasing a flashback image, to when Alfred was still alive?

Either way, Batman: Three Jokers has been a long time coming, and I’m incredibly excited about finally getting to read it.

How about you? Is this series on your pull list? What are your Three Joker theories? Please let us know.

Colin Farrell is pumped for “The Batman”